They paved paradise {to build a bunch of houses} | Life 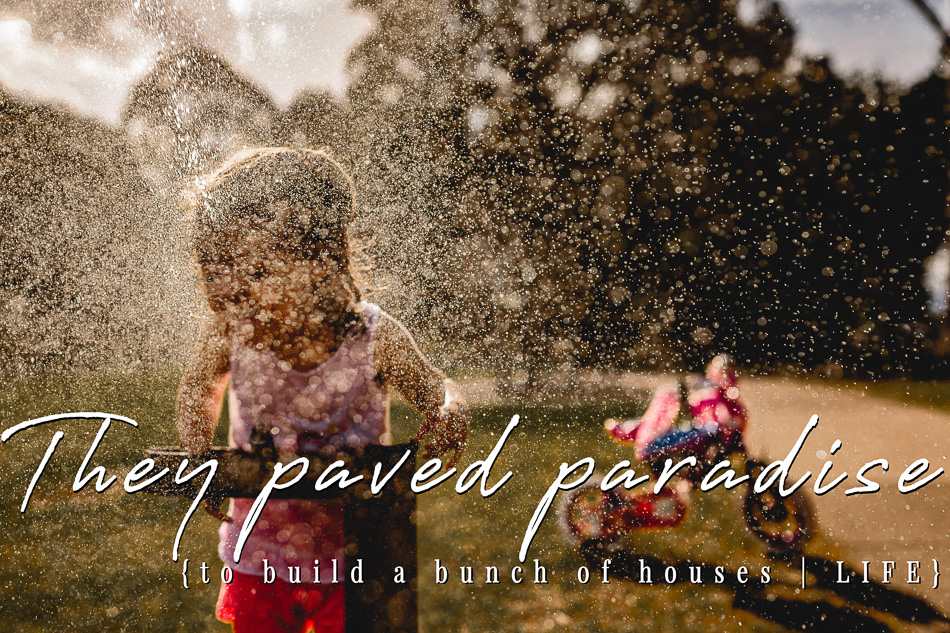 On Sunday we took the girls for a walk & bike ride. It's been a little while since we've done this, as the weather hasn't been great and we've had a bit on lately. Sunday however, the weather was lovely, the sun was shining and the breeze was still nice & cool, perfect walking/biking weather.

So we chucked the bikes & the girls in the car and drove down the road to the track for some family time. We're really lucky to have a nice long, flat walking track 2 minutes from our house, that has a mostly smooth path that's perfect for young bike-riders, and lots of green grass, trees, marshes & shady spots for exploring & resting along the way. 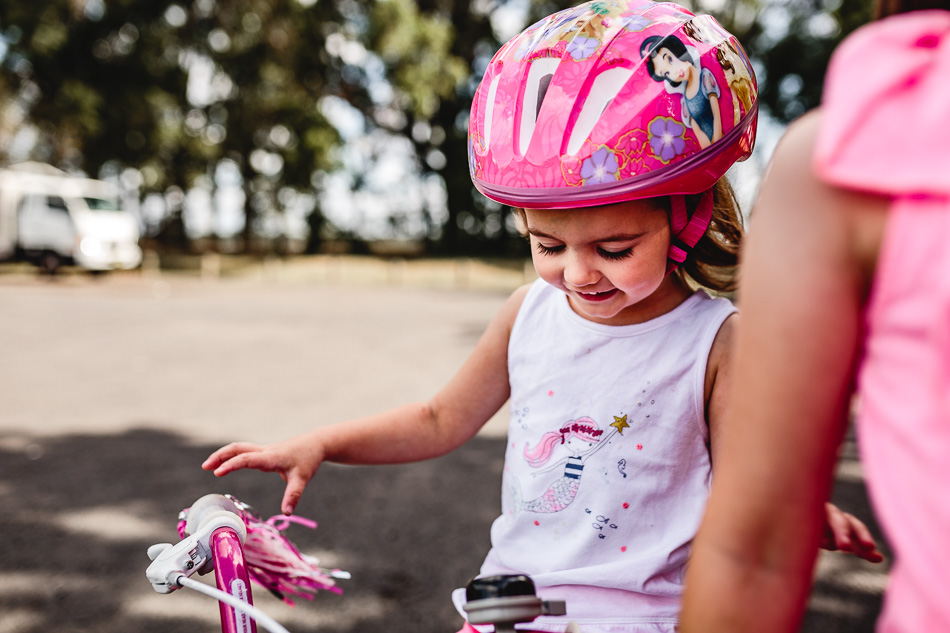 There's also outdoor gym equipment evenly spaced along one half of the track, and the girls love stopping at each one and "working out" (read: play on!) as we come to each one.

There's also a bubbler that up until now Dave and I have managed to distract them from, however on Sunday they discovered it, and I fear that every walk is going to end up with soaking wet kids from now on! 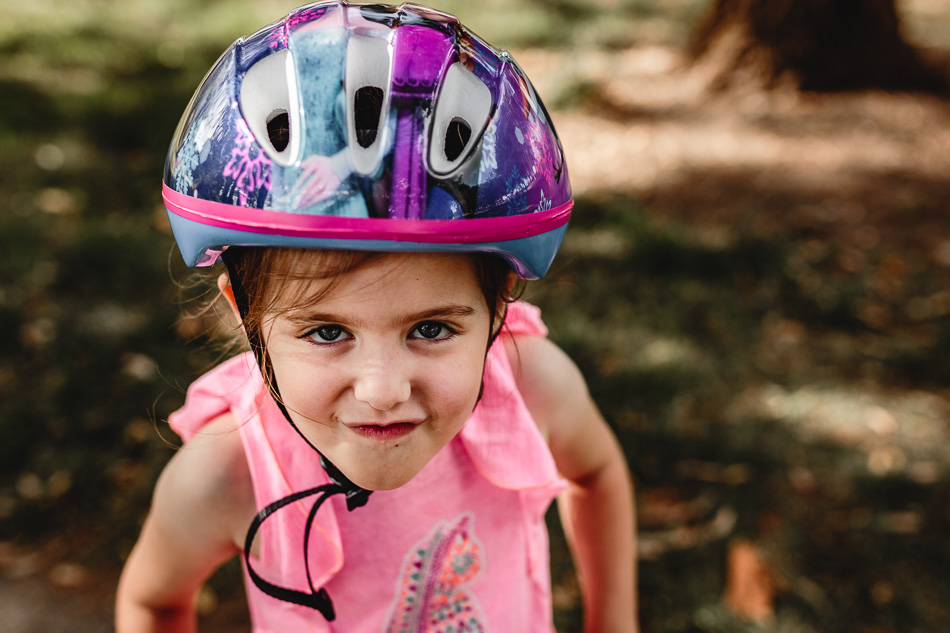 All of the big trees have leaves now, and the odd fruit tree along the path has fruit that's just beginning to ripen (mulberries & plums seem to be the most prevalent). There are also beautiful cherry blossom trees, but those have long since lost their blossoms to the spring winds.

Even with the little bit of rain we've had recently, the marsh areas were super dry. So dry in fact that Dave was able to walk out onto places that are usually under a foot or two of water. There are lots of sticks & branches on the ground at the moment thanks to the wind, and so we had to keep a watchful eye out for snakes. While it's known that there are snakes all around the area, up until Sunday we'd never actually seen any down there.

Sunday, however, we saw quite a few hanging out in the dried marsh areas. One Red Belly in particular was so long & fat, I don't think I've ever seen one so big. While I take issue with snakes in & around my house, when they are out in the open in spaces like this they don't bother me at all. Dave spent quite a bit of time quietly observing the big one from the edge of the marshland while the girls happily soaked themselves at the bubbler!

Along with the snakes, the girls were delighted to watch a small black spider take on a grasshopper twice his size and win. At first he only managed to grab on to the grasshopper's leg and pull it off, but once he realised there was more to his prize he moved in for the kill. Let's just say, that particular spider is not going to stay small with balls that size! 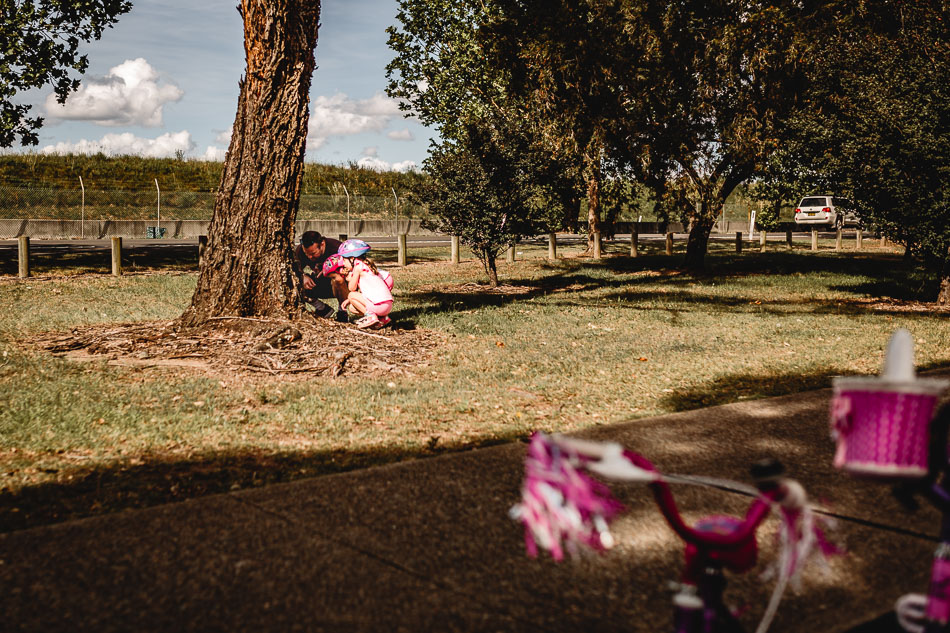 The most interesting thing we observed though were two kangaroos. Now, living in Australia, most people have seen kangaroos hanging out in their natural habitat, rather than just in the zoo. What was surprising about seeing these kangaroos however, is the fact that in the 10 years Dave and I have been living here and walking on this track we have not once seen a kanagaroo.

I mentioned to Dave the other day before we saw them that they had posted a new sign on one of the roads I regularly drive on warning of kangaroos in the area. After seeing these two down at the walking track I now understand why.

Dave was quite concerned for them, as the walking track runs parallel to the main road with an 80km hour speed limit, and is bounded on the other side by the RAAF Base. He was worried that they might do something silly and jump on to the road and get hit by a car. 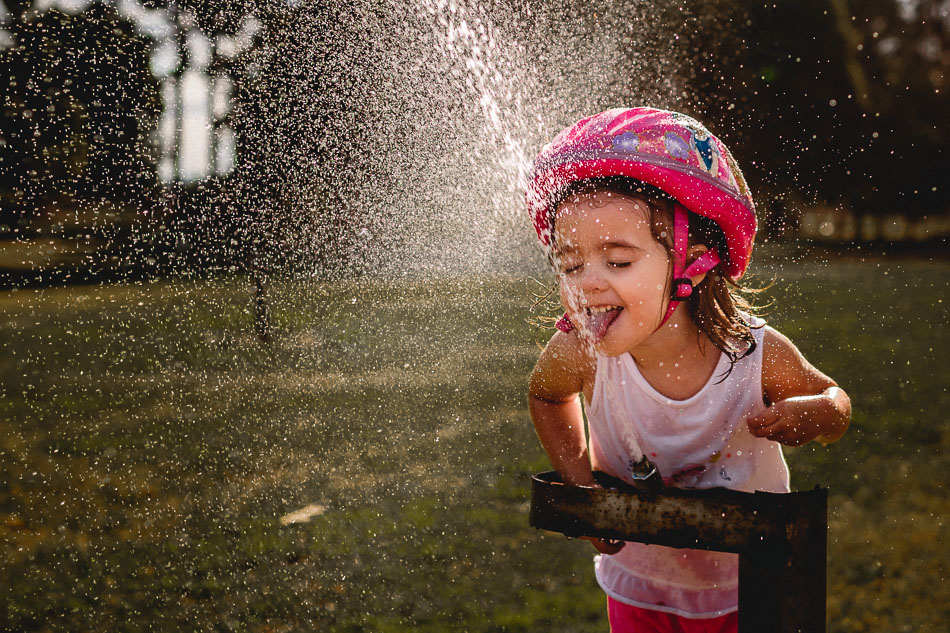 We speculated about where they may have come from, and our conclusion is that the poor things have found their way there thanks to being displaced by all of the building going on 15-20 minutes down the road.

Huge areas of bush & farmland have been rezoned in the last couple of years and thousands of houses have been built or are in the process of being built. So it makes sense that these poor kangaroos & snakes have been driven up here after the destruction & disturbance to their homes, having to make a new life for themselves in more built-up areas than they are used to. 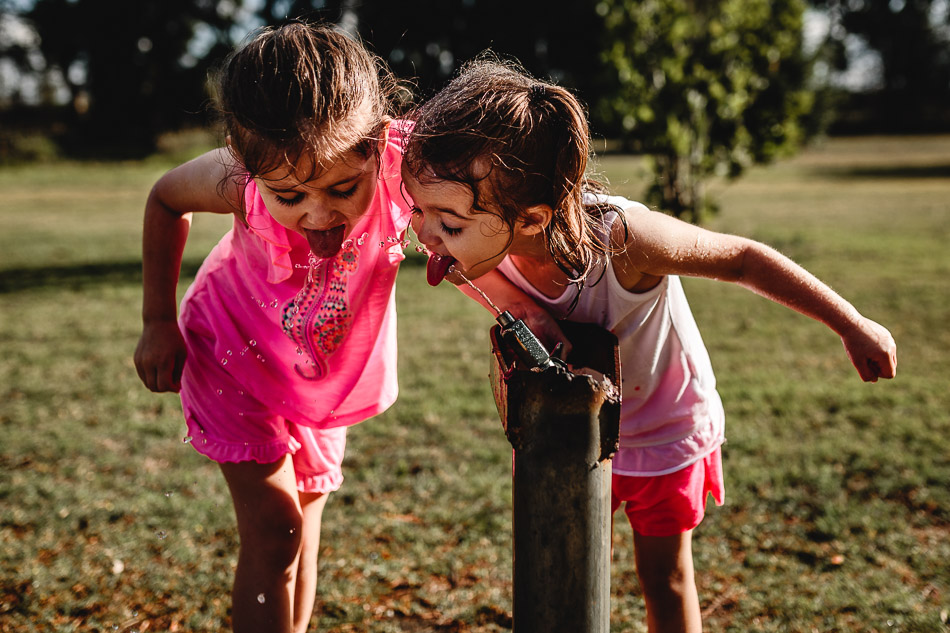 It makes me sad to think how many other animals have lost their homes and are now on the move because of the expansion in & around the area. While I know there is a need for more housing, it makes me sad to think that those houses for humans come at the cost of houses for animals. I just hope those animals are able to find a safe place to live now that their bushland is gone, and that I don't see any of them lying dead on the road sometime soon.

Have you ever wondered what happens to the wildlife when they start bulldozing the bush to build homes & businesses? Do you see much wildlife where you live?