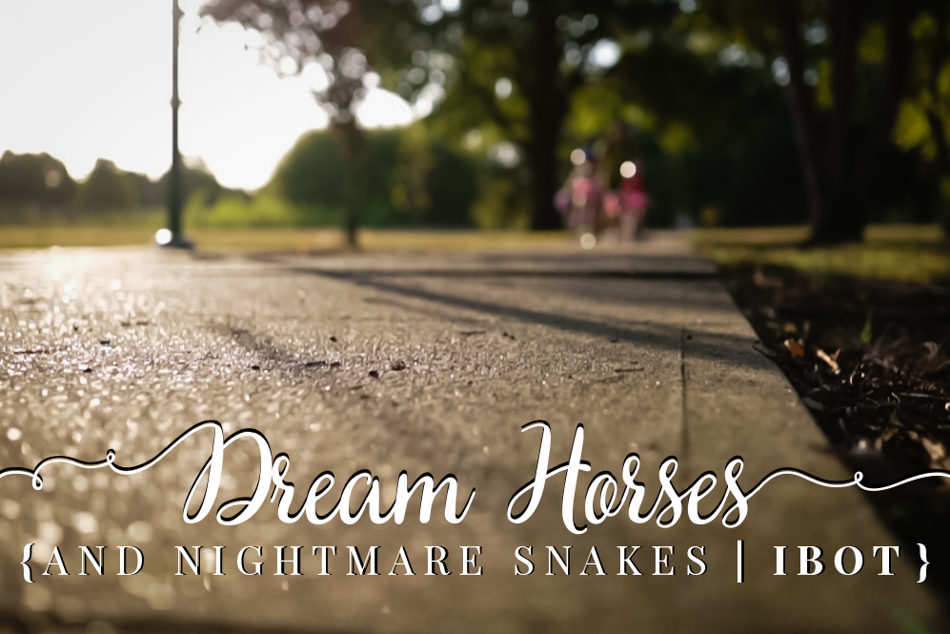 A couple of weeks ago I went out to the garage to put on some washing. Sadly our 'laundry' is in the back part of our garage, so it can be pretty creepy going out there sometimes, Bug City it could probably by described as when the surface spray is losing it's power.

As I'm standing there popping clothes in the machine I heard a noise. To be honest, I'm not actually sure if I heard a noise or if some ancient instinct for self-preservation sensed the movement, but something made me look down. No more than a metre from my foot was the questing head of a Red-Bellied Black Snake, sliding out from between the bar fridge and the dryer.


I froze. For a split second I thought my mind must be playing tricks on me, and that it was nothing more than a harmless Blue-Tongue Lizard, of which we've had many come to visit in our garage. And then my brain caught up with my sight and I knew it for the snake that it was.

Very slowly I backed away, out of the open door that leads to the backyard. I stood and watched it for a moment to see which way it was heading and, thankfully, it was heading towards me and the freedom of the open yard, and not further in to the dark confines of the garage.

I ran to the other back door, the one that leads directly in to the house and with heart thumping, grabbed my phone. I instantly dialled Dave (he was at work) and headed back outside to see where our resident snake was heading.

The snake was just outside the door to the garage, and as I spoke to Dave I watched him slide along the side of the house, behind the BBQ. Towards the back door. I ran back inside, not wanting to be cut off from the house by the snake, and watched safely from behind glass windows and doors to see where he headed.

Thankfully he followed the house around and then headed off in to the grass and the yard. We haven't seen the snake since, and Dave has been vigilant in keeping the grass short and the areas around the house clear. It hasn't stopped me from fleeting feelings of paranoia when I step in to the garage to put on washing though!

As a rule, I'm not too worried about snakes. Most of the time they are way more afraid of us then we are of them. They keep vermin at bay and generally don't venture inside the house. After a week I'd successfully managed to put my misgivings about the snake aside and move on with life.

Or so I thought.

Early yesterday morning, about 3am, I woke up with a start, heart pounding and the blood racing through my veins. I had had what could only be described as a nightmare. It started off innocently enough. We were living at Mum's house, and I was looking after a horse for somebody. I can't remember who. But I was caring for this horse, and I'd just moved him in to the lounge room so he would be out of the heat. It seemed perfectly normal that I should have a large horse hanging out in the lounge room.

The next day I was taking the horse back out to the yard when I realised the next-door neighbour and a tween-age boy were in the yard, shouting about their being a giant Red-Belly near the house. I looked towards the garage and there was the biggest snake I'd ever seen. The horse and I both freaked out, and this little tween-age boy grabbed a shovel and started wrestling with the snake, trying to kill it. He succeeded in killing the snake but got bitten in the process.

We took the boy and the dead snake in to the house and called for an ambulance to come and help the boy. As we waited for the paramedics to arrive the girls came in to the back room and we were all looking at this huge dead snake. All of a sudden the snake came back to life and lunged at me and the girls. I screamed at my Mum to grab the girls and get them out of the house, while my Dad and I frantically figured out how to contain the snake without getting bitten ourselves.

As the snake lunged at me a second time, I woke up, with the image of it's giant fangs coming towards me. It took a few moments for me to realise that I was safe and sound in my own bed, and not about to be eaten by a giant, angry snake.

According to my 5 minutes of Google research, dreaming about snakes and horses can mean many things. This website says "To dream of fearing being bitten by a snake represents your fear of losing something important or a fear of total failure. You may fear losing power, control, safety, or your integrity."

It also says this about horses in dreams... "To dream of a horse represents ambition and strong drives. Stamina, endurance, or your capacity for hard work. Horses can also represent your sexual drive and libido. Horses often appear in dreams of people who work very hard, students that are very driven, people with very strong sexual interests, or anyone who is very motivated. Pushing ahead hard for your goals."

Now if I was to go by some of the things I've read, my dream must have something to do with all of the planning and thinking and goal making I've been doing of late. I can be a very driven, ambitious person when I want to be, especially when I set my mind to something. And of course a fear of failure often goes hand in hand with that.

Or perhaps I just have a really weird brain and a fear of snakes!

Do you think out dreams represent things? Are they our subconscious mind trying to process things that we can't fathom while awake? Or they just random images and pictures that mean nothing? Let me know what you think in the comments.