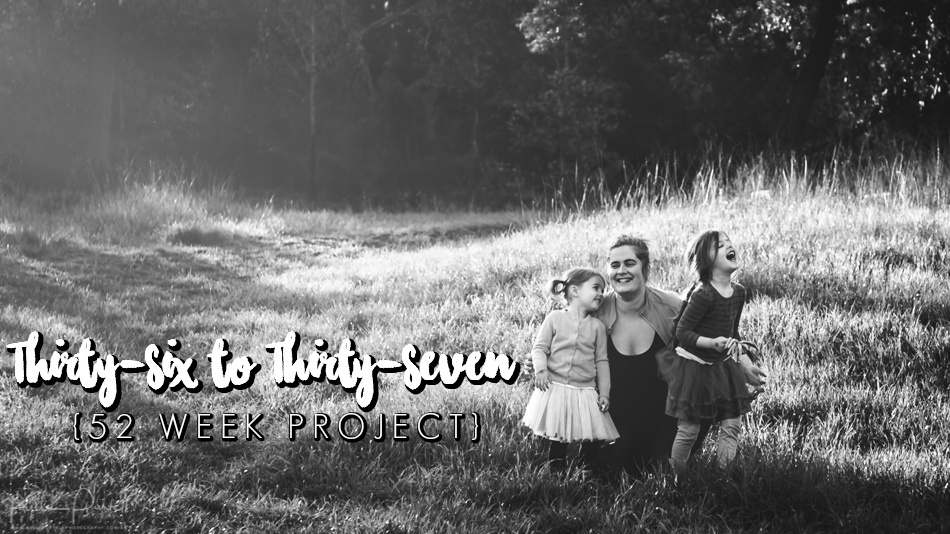 Here I am, posting the photos from weeks 36 & 37 of my 52 week projects, yet we're already at week 47 of 2016! I don't know about you but I'm kinda ready for this year to be done and I think there are a lot of people around the world who feel the same way!

Next year is going to be so full of big things, the biggest being Punky starting school next year. I was supposed to publish a lovely guest post about starting school by Denyse today but in my bid to remember everything I need to at this time of year I completely forgot I had it! So that post will be up next week, which is timely as Punky has her Orientation Day. I am so not ready to be a school mum!

But anyway, on to the photos...

Thirty-Six - Sisters - Above - I've been really bad at getting in the frame the last couple of months, which is a shame because I was getting good at it, and I love this photo with my beautiful girls. It shows their personalities perfectly. 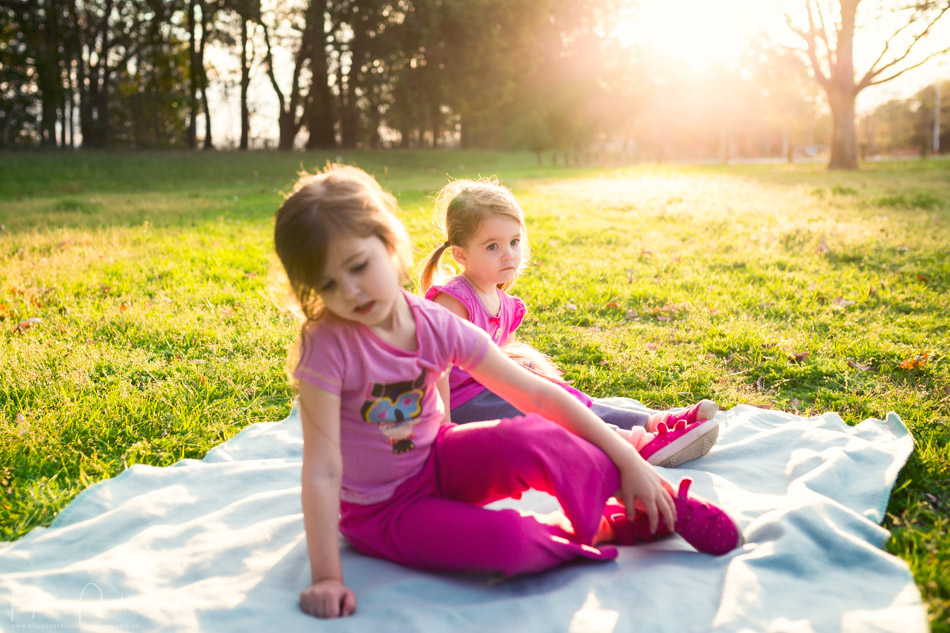 Thirty-Seven - Sisters - Quiet contemplation in the last of the sunlight after a hard afternoon of bike riding. It's tough being a kid, hey?! 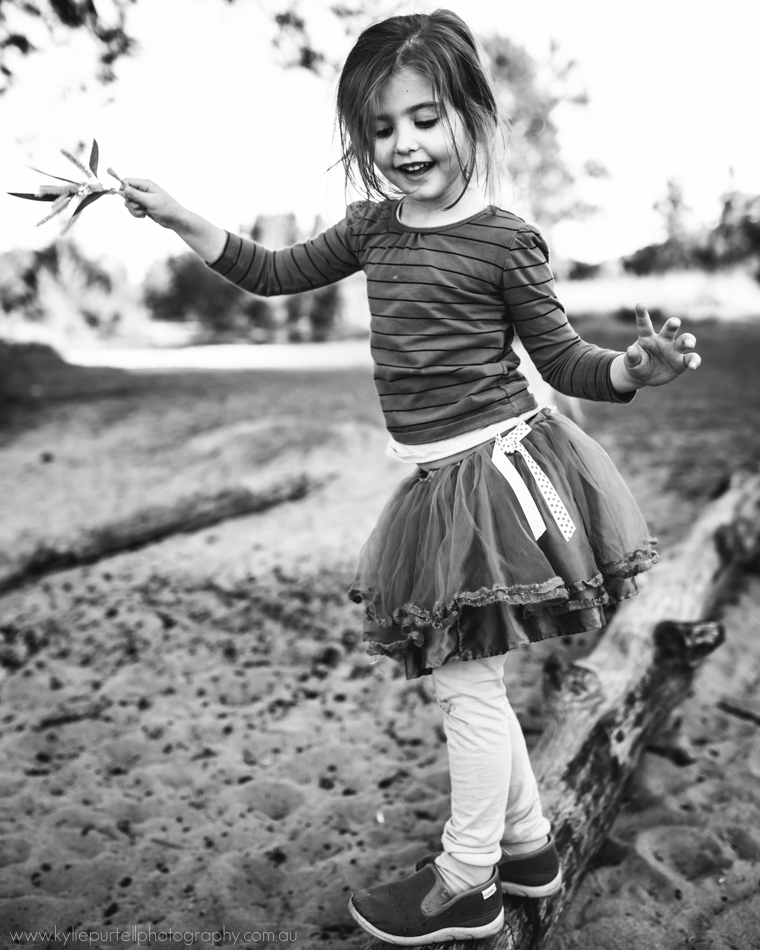 Thirty-Six - Punky - She's always been a really active and physical kid. She was climbing well before she could walk, and she was walking well before she was one. So it shouldn't surprise me how good she is when it comes to climbing, running, balancing and kicking a ball. All while wearing a skirt. She is one cool chick. Can you believe she will be FIVE tomorrow?!?!?! How the hell did that happen?!?! 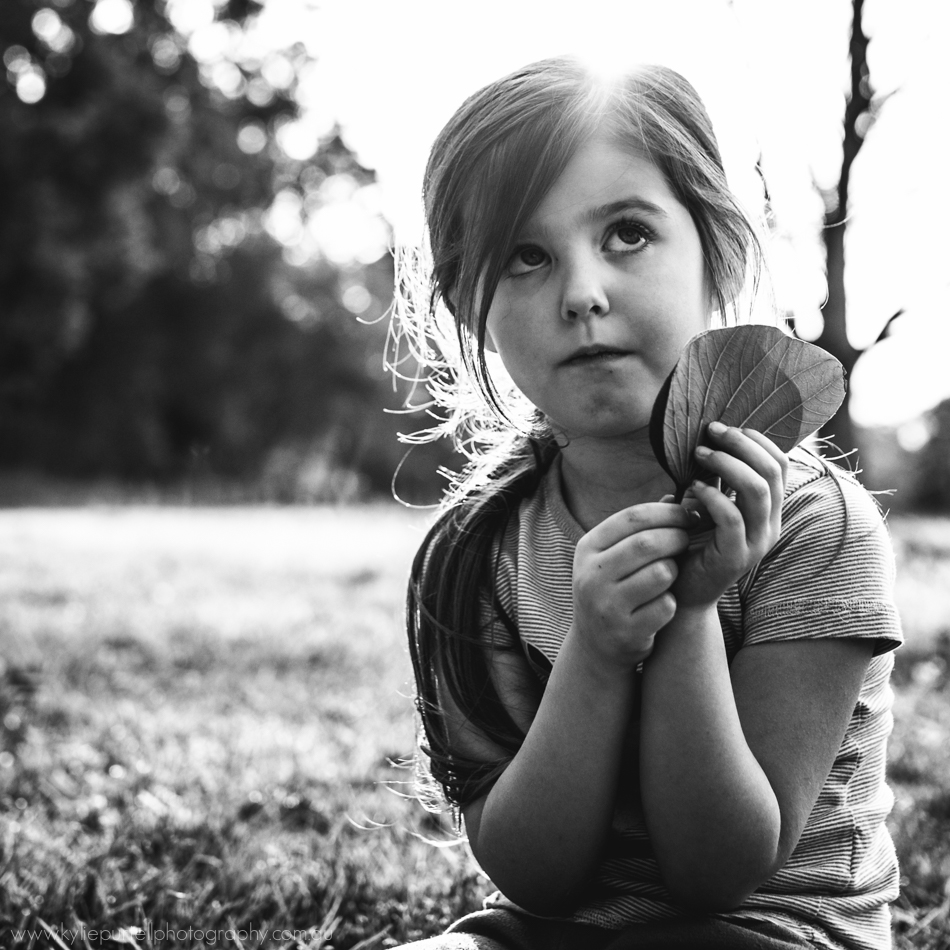 Thirty-Seven - Punky - Finding leaves at the park. Possibly their next favourite activity after bike riding. 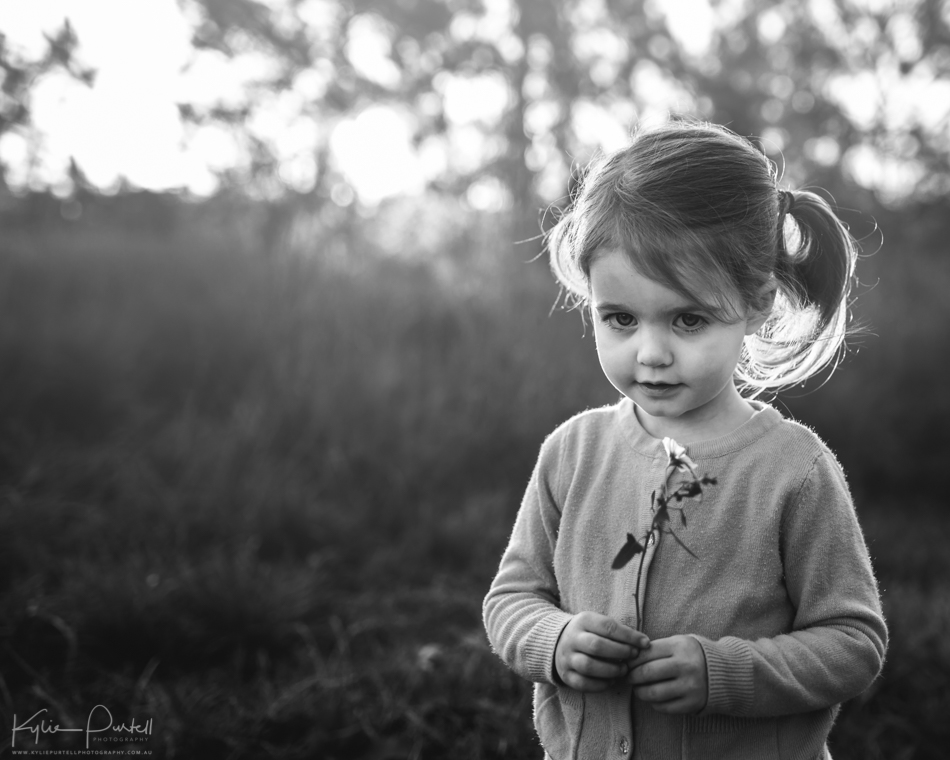 Thirty-Six - Zee - Don't let this picture fool you. Beneath that sweet exterior is an absolute terror, who loves nothing more than getting her big sister in to trouble! 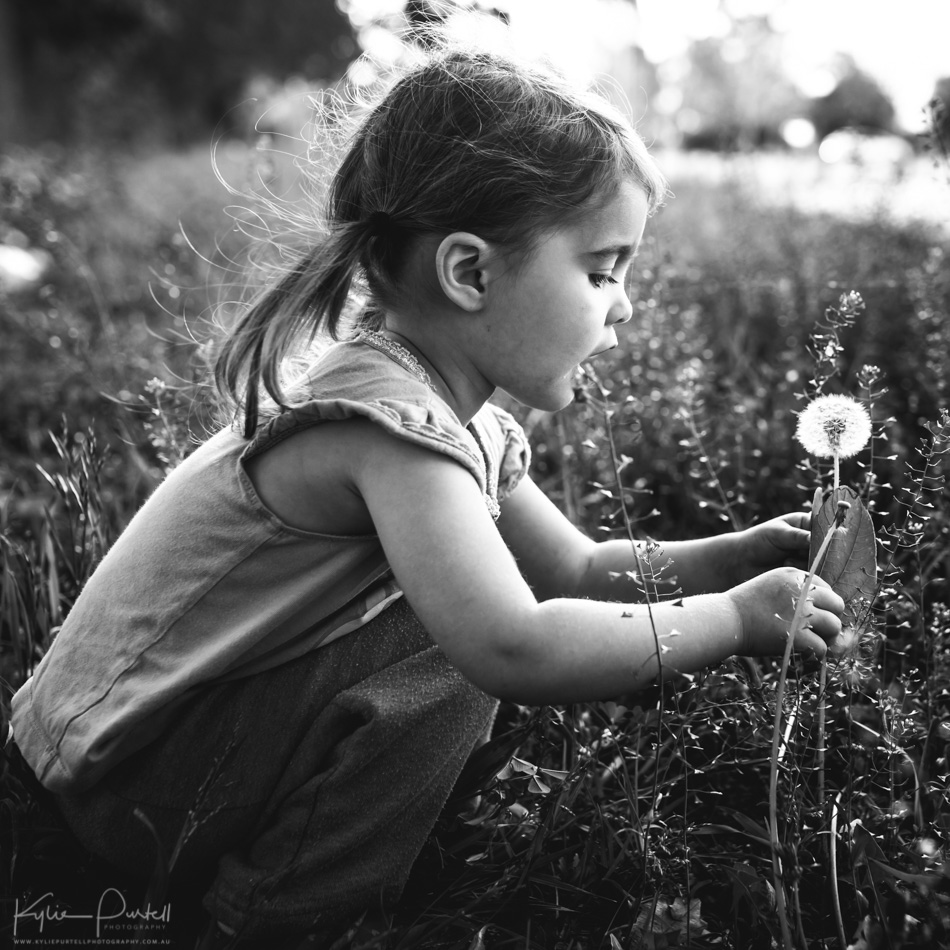 Thirty-Seven - Zee - It is simply not possible for Zee to go anywhere without stopping to pick a flower or dandelion or get herself a leaf. She lives in a bit of a dreamworld and I hope she never changes. 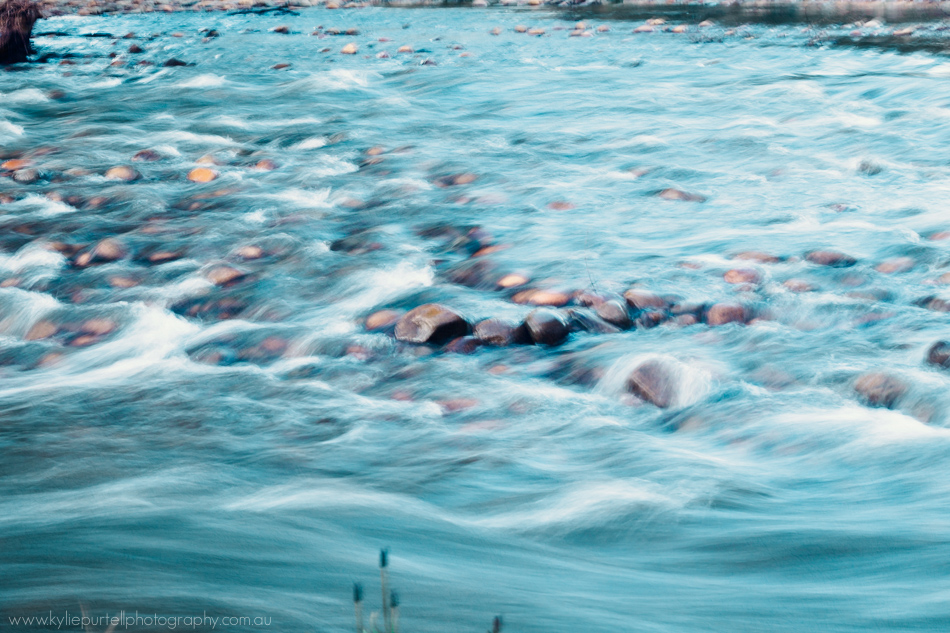 Thirty-Six - Me - The week 36 theme for my Clickin' Moms 52 week project was Blue. We spent an afternoon at one of our favourite places, Yarramundi Reserve, and I couldn't resist playing around with a little long exposure and movement while photographing the water. It's not everyone's cup of tea, I know, but I find something really calm and relaxing about this photo. So much so that it's now my desktop image! 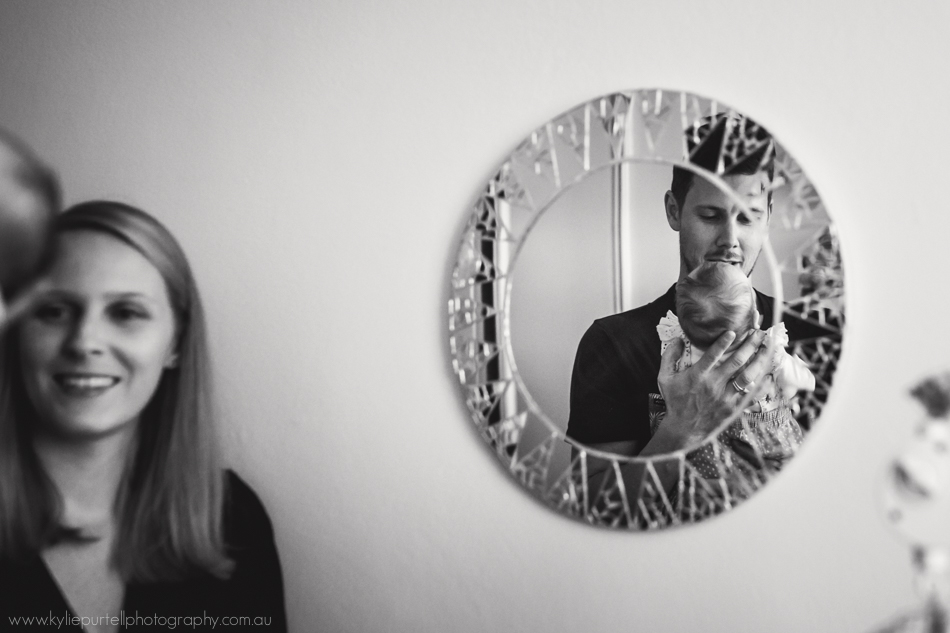 Thirty-Seven - Me - Week 37 was Revisiting Revisited and I decided to have another go at a reflection photograph. I was lucky that I had such beautiful subjects to work with.

Can you believe it's almost Christmas? Where did this year go? Anyone got any tips or advice on how to make mine and Punky's transition to "schoolies" run smoothly?