Counting down... {and cutting hair} | Life 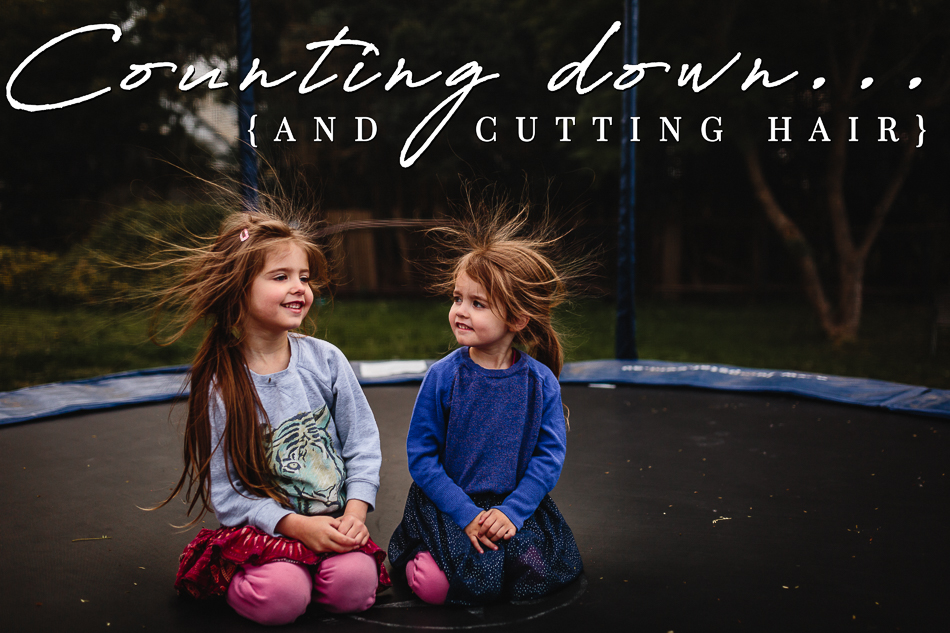 The countdown is on to our big family cruise holiday. My Mum turns 60 on Sunday, and two days later Mum & my stepdad, along with my sisters, brother, Dave & the girls and my nephew & brothers-in-law will board the Carnival Spirit for 10 nights of cruising to the South Pacific.

To say we're all excited would be an understatement! There's a sense of nervous anticipation amongst us as we complete our on-line check-ins, make packing lists & wash clothes and look forward to the day of embarkation. This will be the girls first "big" holiday, and the longest we've travelled with them. They have been counting down the days with glee, and I think this next week or so is going to be the hardest for them. They keep asking how many sleeps until we leave, and as the numbers dwindle the anticipation ramps up.


In preparation for our holiday we spent Father's Day afternoon at the shops, dropping a bundle on new shoes, swimmers and clothes for everyone. The girls have been begging me to let them wear their new dresses for the formal nights onboard before we leave, and I've reluctantly told them they can wear them for Grandma's birthday BBQ on Sunday.

We've looked on the map at the islands we'll be visiting, and Zee is positively convinced that she is going to find treasure! She's asked me a few times if we can get some new buckets and spades so she can find her gold "duboons". Just quietly, I'm pretty sure she thinks we're going to be just like Jake and the Neverland Pirates!

Punky asked me today how long it would take to get to the islands and I told her it would be about 3 or 4 days before we got to the first one. She responded with "So what, we're just going to float around in the ocean for 3 days?!". Yep, that's exactly what we're gonna do! And while we're floating around in the ocean we'll be enjoying food & cocktails and days spent by the pool!

Another thing we've done in preparation for our holiday is cut the girl's hair. Now by most people's standards, that's not really a big deal. However, in this house it has been, as Punky, in her almost 6 years on this earth, has never had a "real" haircut (fringe trims from Dad when she was 11 months old don't count!). 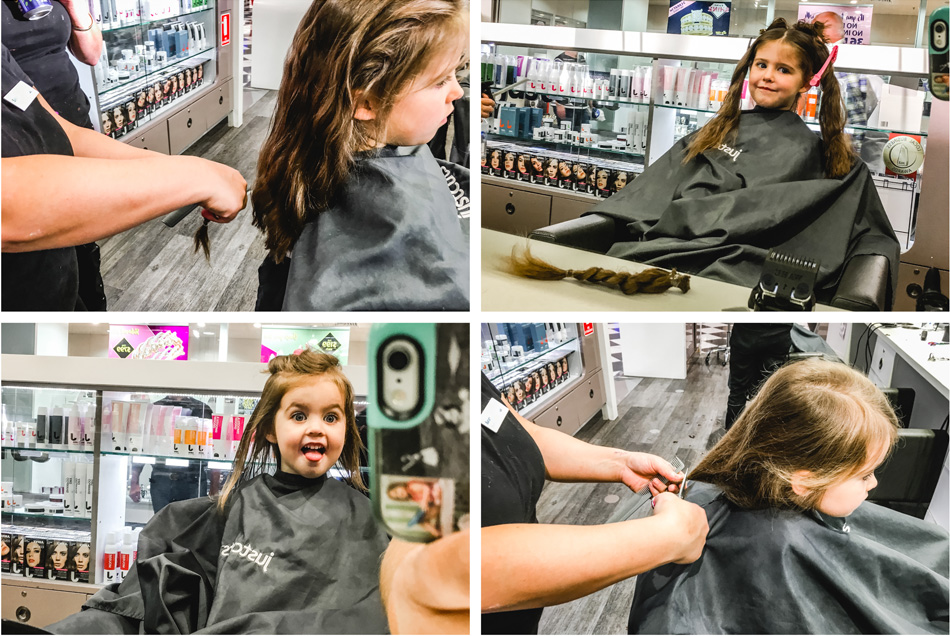 If you've paid attention to the photos I share on this blog you'll have noticed just how long Punky's hair had gotten. It was well and truly down to her bottom. And while I love her flowing locks, it's an absolute bitch to do every morning before school, and in the last few months had really turned in to a snarled mess. So Dave and I decided, after chatting with her, that now was the time to get the big cut, so that it would be more manageable while we were away. Coz let's be honest, Dave and I want to maximise as much time for cocktail drinking as we can, and sitting & drying, brushing & braiding our kid's hair is not high on the list of things we want to spend time doing on the boat! 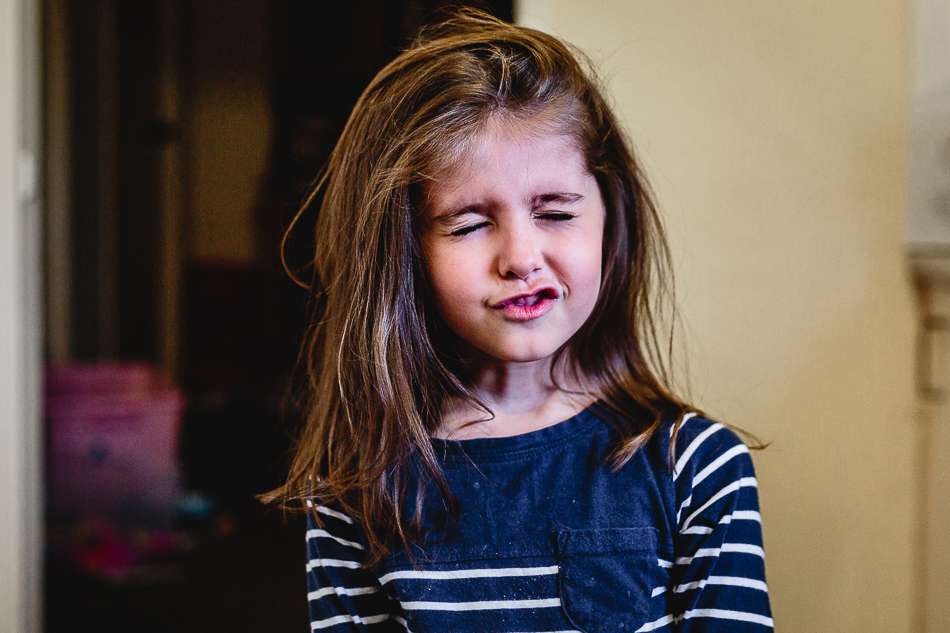 So yesterday we headed to the local hairdresser and she sat down for the chop. She's now the proud owner of a luscious, much more manageable shoulder length long-bob, and my goodness does it look amazing. She looks so damn grown up I wanted to cry! She was really nervous and worried that it was going to hurt, but through a stroke of luck Dave's Mum was at the hairdressers having her hair cut when we showed up, so she was able to see that it didn't hurt at all. And having Nana there to watch and admire her gorgeous new 'do definitely helped. 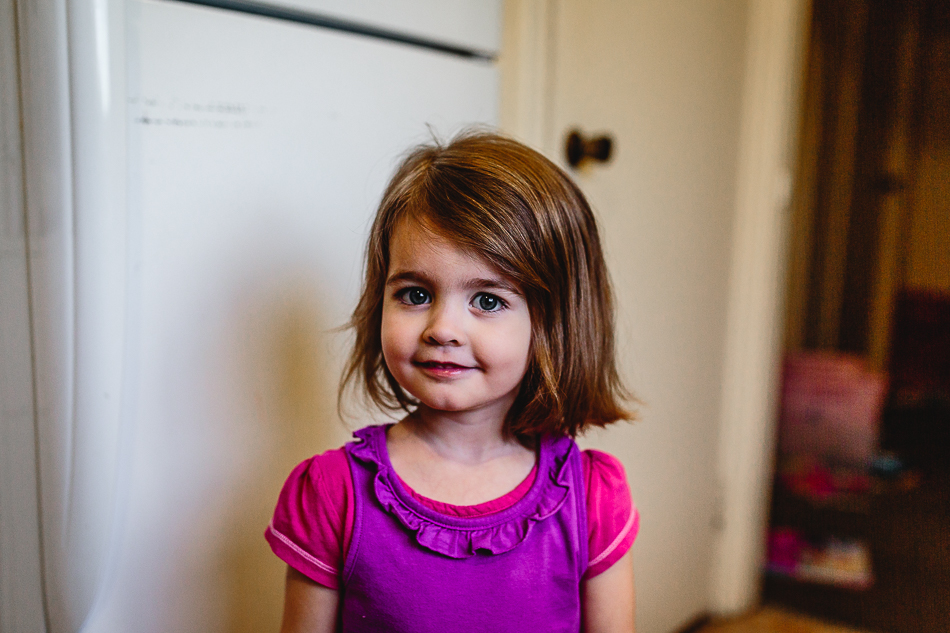 Of course, as soon as Punky was done Zee declared that she wanted to have her hair cut just like Punky's, and so with a nod to the hairdresser Zee took her place on the stool and got her very own bob. We aimed for just below the shoulders, but as it turns out, Zee has bouncy hair and after it dried it was just above the shoulders. And oh-so-cute! 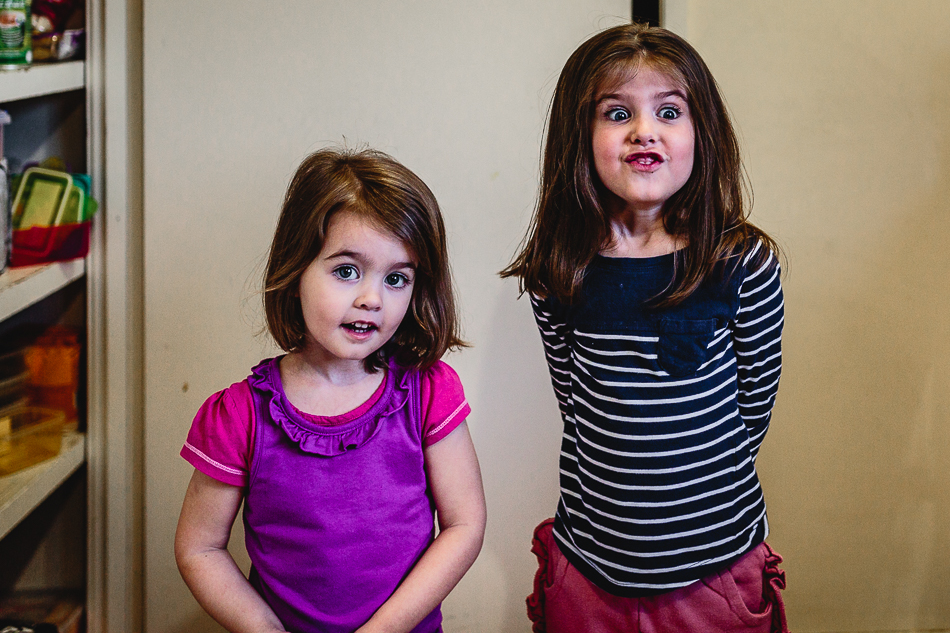 Both girls have been loving themselves sick with their new haircuts and were so excited to show Dave when he got home. He was most impressed and showed a suitable amount of excitement and joy at their hair-shaking!

So now with haircuts ticked off the list for all but me (I'm getting mine done tomorrow!) I feel like I can finally get down to the serious business of writing my packing lists and getting stuff fully organised. 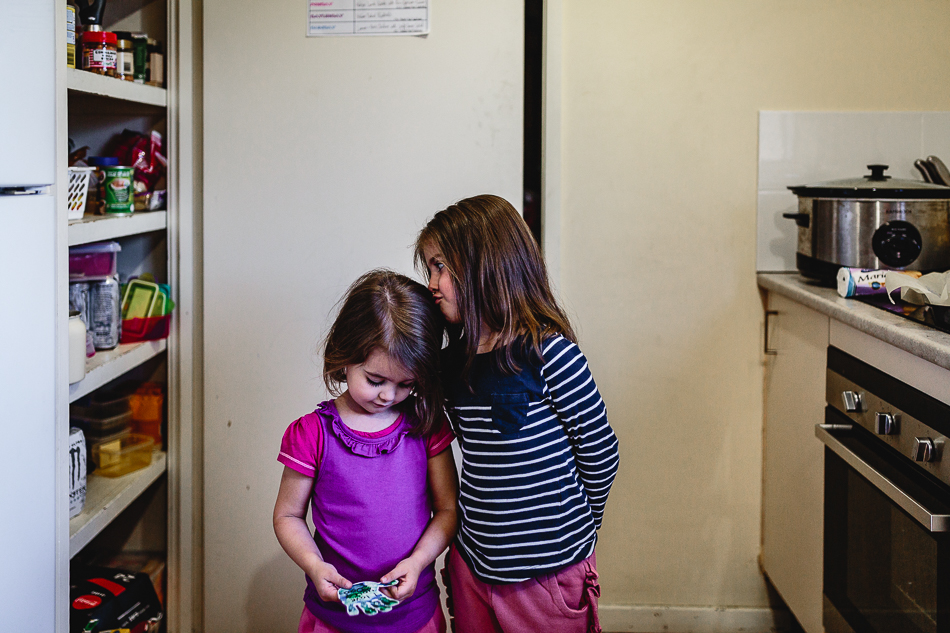 I'll be writing posts for the next two Tuesdays and scheduling them today so never fear, there will still be IBOT to come and link up with for the two weeks that I'm away. The lovely ladies of teamIBOT will be around to share the comment love, and I look forward to catching up with you all when I get back!

Have you travelled much with your kids? What was the first "big" trip you took them on? And how old were they when they got their first haircut?