Slowing Down {and finding clarity} | Life 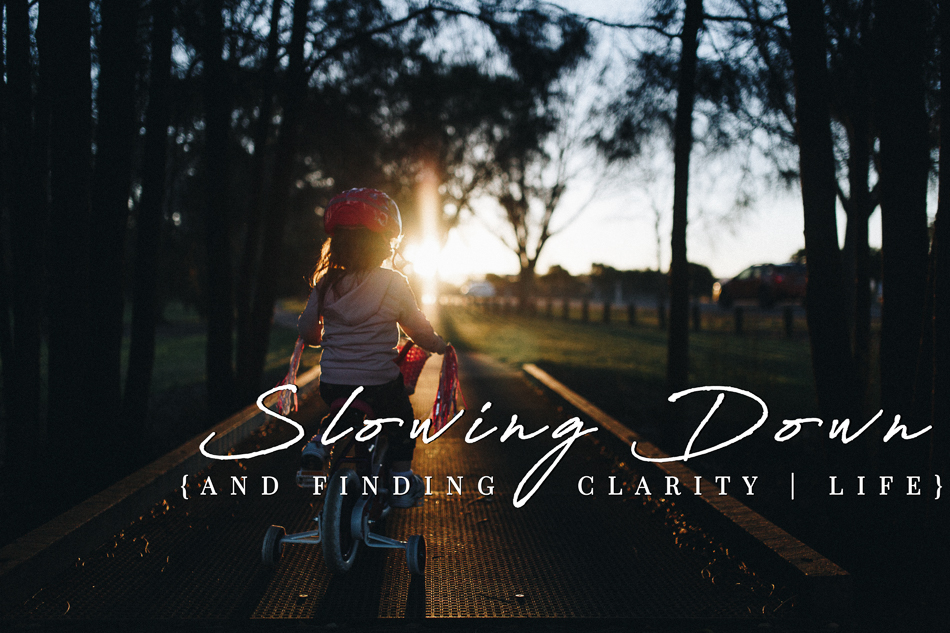 We've had quite a busy week this last, getting the girls settled back in to the routine of school & preschool, and working on a couple of jobs that I've been staring down the barrel of a deadline on. When it comes to work, it never rains but it pours, and right now, there's a bit of rain coming my way.

We're going on a family cruise in September. 10 nights in the South Pacific to celebrate my Mum's 60th birthday. To say I'm excited would be an understatement! The girls are even more excited than that, if it's possible. They ask me every day if we'll be going on the 'big boat' tomorrow and are always disappointed when I say no. I remind them that we will be soon enough though, and we talk about all the fun things we'll do on our holiday.

I was thinking that once I got these three jobs sorted then I would have a nice quiet month to get everything prepared and work on some marketing stuff for my business, but no. I've had more work fall in my lap, and it looks like now I'm going to be shooting & writing like a mad woman to get it all done before we go away and to be honest... I couldn't be happier.

At the beginning of the year I chose a word, like I do every year, and that word was Clarity. You can read the post about why I chose that word here, but it's safe to say that this year has definitely been bringing me that!

I feel like I know much better where I want to go with my career and the things I need to do to get there. I don't feel as adrift as I was last year. A funny that has come about through all of this is the fact that it seems as if I'll become a wedding photographer yet!

Something I swore I'd never do!

Yet here I am, with 3 weddings on my books and having shot one just a couple of weeks ago. And I love it! I always thought that shooting weddings would be the most stressful thing in the world, with so much pressure to get it right. After all, unlike other kinds of photography, there are no do-overs. If you miss the shot that's it, there's no second chances. But I love the pressure, and the fact that I'm a total wedding junkie just adds to my excitement. I feel a real honour in being able to be a part of what is one of the most important days of many people's lives.

Don't get me wrong, I still love family photography, and will always continue to do it, but shooting weddings is a nice little thing that has come my way and I'm so grateful for it.

With all the work I've got on though, it was nice to slow things down a little on the weekend and spend time relaxing with Dave and the girls. Punky's obsession with Mario Kart grows ever stronger (we introduced her to it over the holidays) and it's really fun to sit and play together. And on Sunday afternoon we took some time to enjoy the glorious winter weather Sydney has been offering up by taking the girls for a bike ride.

While the girls were riding I also took the chance to do a photography challenge that was set in a photography group I'm in on Facebook. The challenge was to slow down our shooting and pretend like we were shooting a roll of frame. We had to pick an ISO and stick with it (if you don't know what ISO is, it's the sensitivity of the camera's sensor to light. In film days, the ISO was the sensitivity to the roll of film to light and so once you bought a film of a certain ISO you were stuck with that until the roll was done. You can read more about ISO and how it works in photography here) and we could only shoot 36 frames.

When you shoot with film you really have to stop and consider every shot. You have to decide if it's really worth pressing the shutter for something. In the digital age, it's so easy to just fire off frames without thinking too much about them, but when you know you can only take 36 photos it forces you to slow down. It was a really great exercise and I had a lot of fun doing it. Aside from having to be intentional with what I shot, I also needed to make sure that I was getting my exposure as accurate in camera as possible, because I decided that I wasn't going to do any adjustments to the exposure once I got the images in to Lightroom (my image editing software).

The only thing I did to the images was add a little clarity (of course!), desaturate and tweak some of the colours with a preset (filter) designed to mimic the look of film, and add a little grain to the images to really give them that old-school film feel.

I managed to get half a 'roll' of decent images, and those are the ones you see throughout this post (with the exception of the title image, I took that one just before we went home and didn't count it as part of my 36).

It was a good little exercise, and I challenge you to give it a go on your own outings. Really stop and look at the moments happening around you and take some thoughtful pictures, whether it's on your big camera or just on your phone. You might be surprised by what you see. Because as the great Ferris Beuller once said... 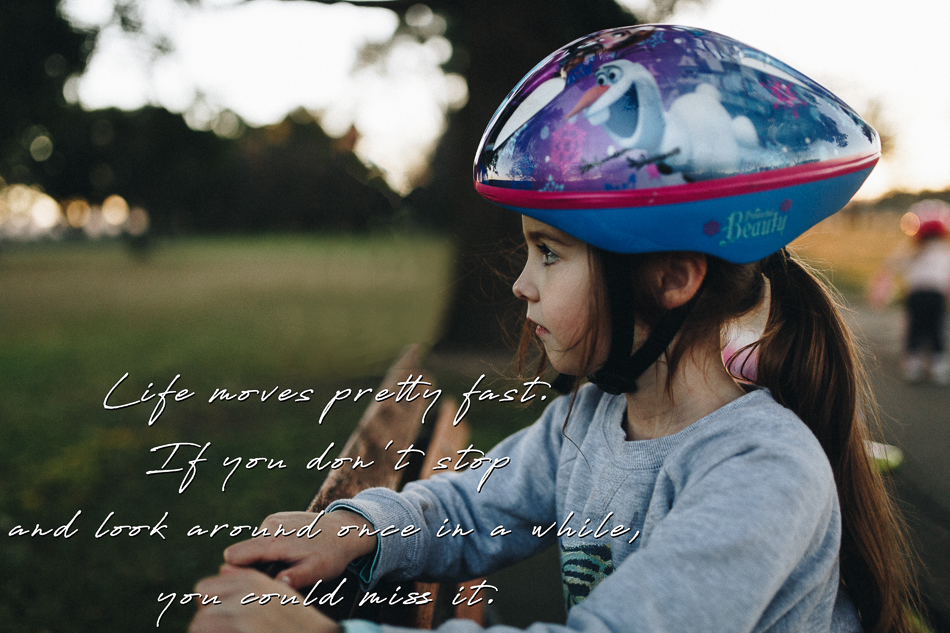 When was the last time you took the chance to stop and look around?