Happy Anniversary {to the craziest man I know} | #IBOT 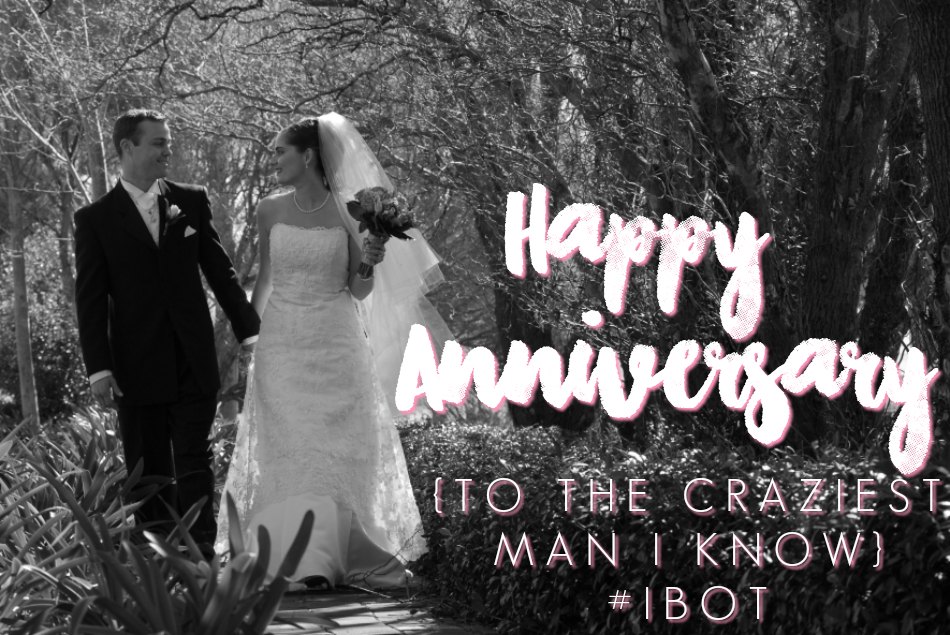 Today is a very special day, although if you were spying on my house you wouldn't know it.

Proving that he's not just a pretty face, when we first talked about getting married we decided that we should do it on our existing anniversary. That way we wouldn't have to remember another date.


So on the 2nd of August 2008, after 6 years together, Dave finally made an honest woman out of me. I'm sure he hoped that after being together for a total of 14 years (8 of them spent in married bliss) I'd be a much better housewife by now, but alas, it hasn't happened yet. Dave is far and away a better housewife than I will ever be, and it's one of the things I love about him!

I'm not an easy to person to live with, and I'm sure Dave has wondered more than once in the last 14 years just what he's gotten himself in to. But while I may fail at all things domestic, I can only hope that I make up for those shortcomings in other ways.

For instance, when I do make it to the kitchen I know how to make a mean mug brownie. I'm also pretty advanced when it comes to looking after our finances and making sure our bills are paid on time (with the money he earns, and for which I am so very thankful). Not to mention the fact that if he ever develops dementia he'll be well stocked with photographs from our life, to help jog his memory. 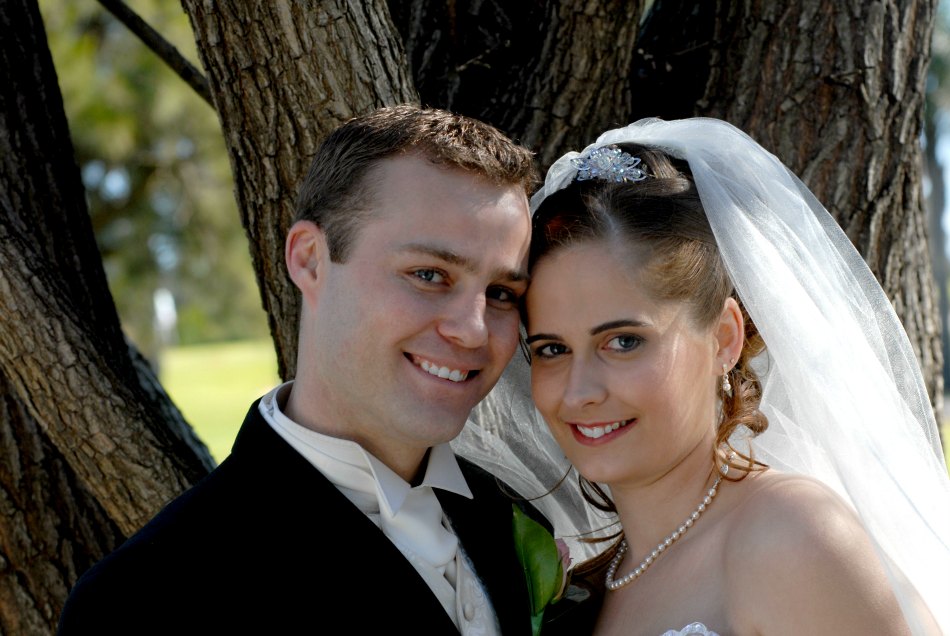 I've written about Dave plenty of times on this blog, from previous anniversary posts to interviews of my main man, to sharing the most important words that I say to him.

I won't go over all of that again, but needless to say, as the years roll on I grow ever more grateful for the love we share and the life we've built. It's not all been smooth sailing, but the rough seas certainly make the calm days that much sweeter.

So to Dave I want to say this: Happy Anniversary babe! Thank you for putting up with me and my selfish shenanigans all these years, and continuing to believe in me when I can't believe in myself. I promise I'll keep the noise of my typing down today so you can get lots of sleep (bloody night shift!).

Do you celebrate your anniversary? What's the next big milestone for you?

Our wedding photographs were taken by the wonderful David Starr