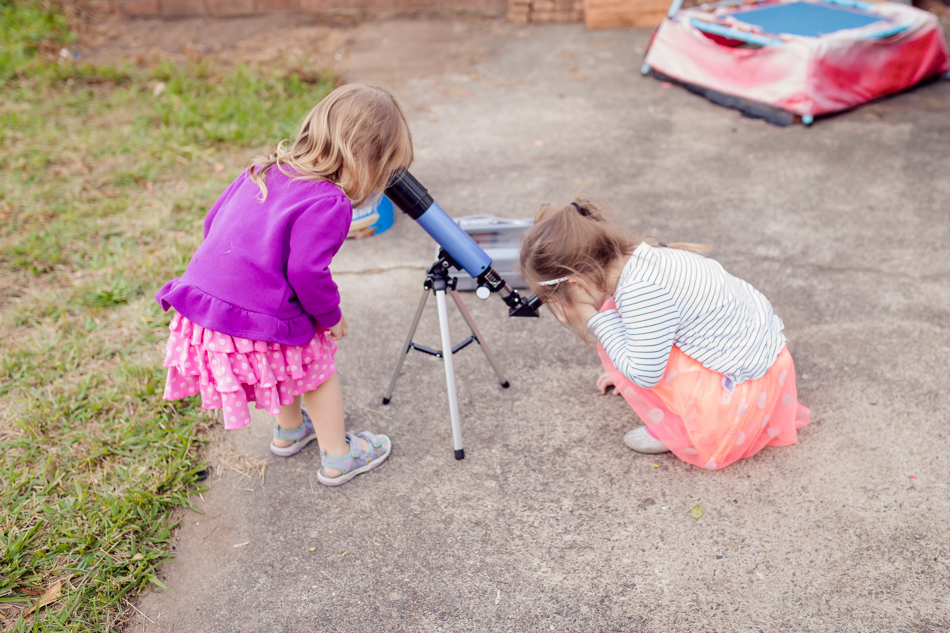 {Twenty-Four - Sisters} They love it when the moon is out early and Daddy is home so he can pull out the telescope. They haven't quite figured out how to use it (Punky can sometimes manage to get close enough without bumping it to glimpse the moon) but it doesn't matter, just hearing Zee call it a "skelloscope" is enough reason to bring it out! 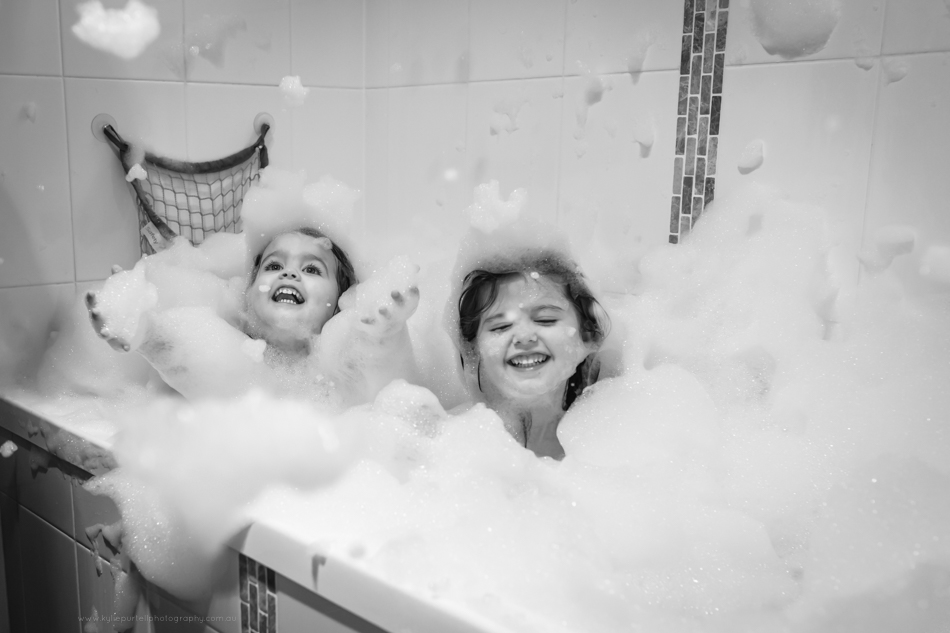 {Twenty-Five - Sisters} On this particular weekend it was really cold and rained non-stop. So what do you do when you've exhausted all of the hiding places for Hide & Seek? You get in a bath with more bubbles than you've ever seen, thanks to Daddy having the bright idea of using the Aldi Shampoo as bubble bath. It was epic! 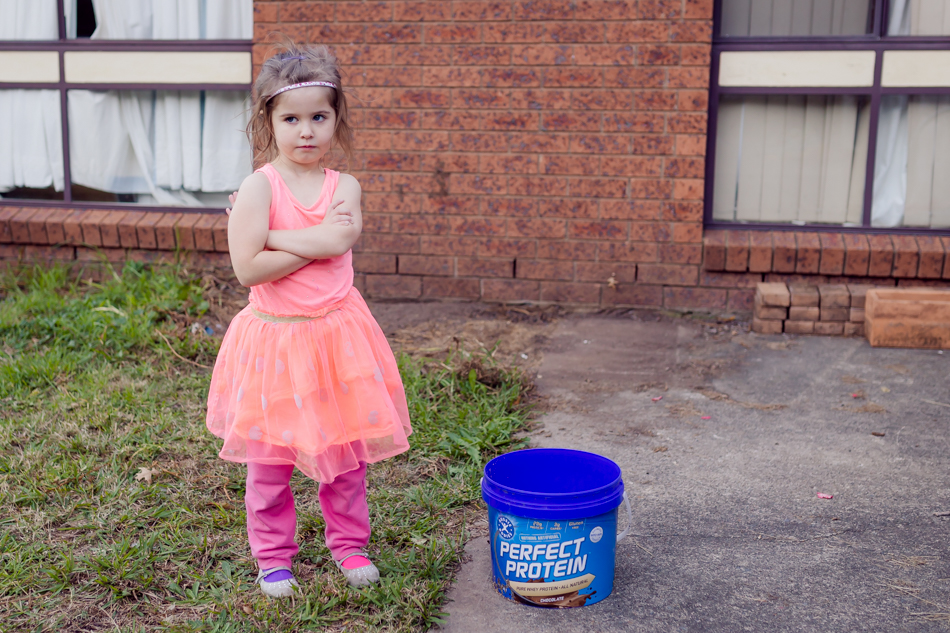 {Twenty-Four - Punky} Lately, when Punky is not happy about something, she has started doing this cute little grunt & sigh, while crossing her arms and stamping her foot. This is her just after she pulled out this little manoeuvre. I have no idea what she was annoyed about, but I can't help having a little giggle every time she does it. 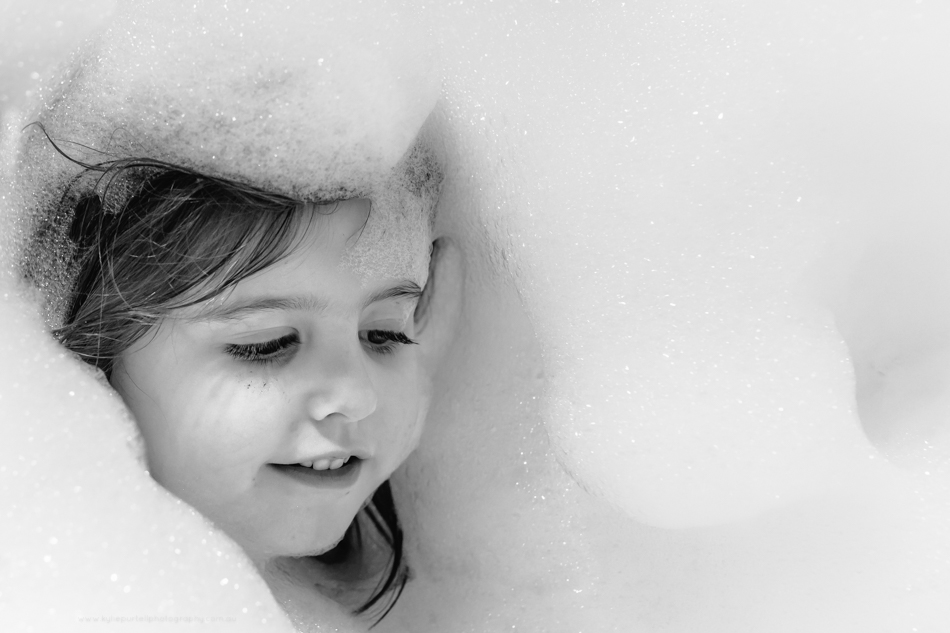 {Twenty-Five - Punky} In a world of bubbles! 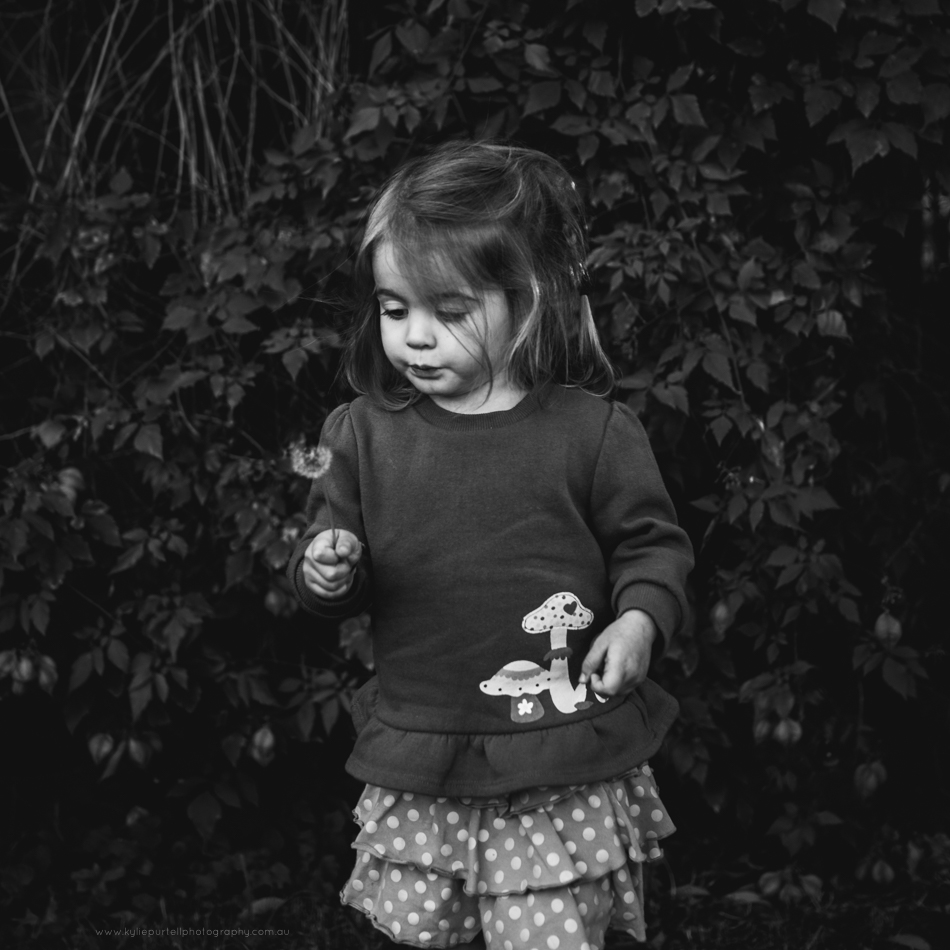 {Twenty-Four - Zee} Hanging in the backyard, Zee makes it her mission to find every single daisy and every single dandelion she can get her hands on. She hasn't quite mastered blowing all the seeds off the dandelion yet but she has a lot of fun practicing! 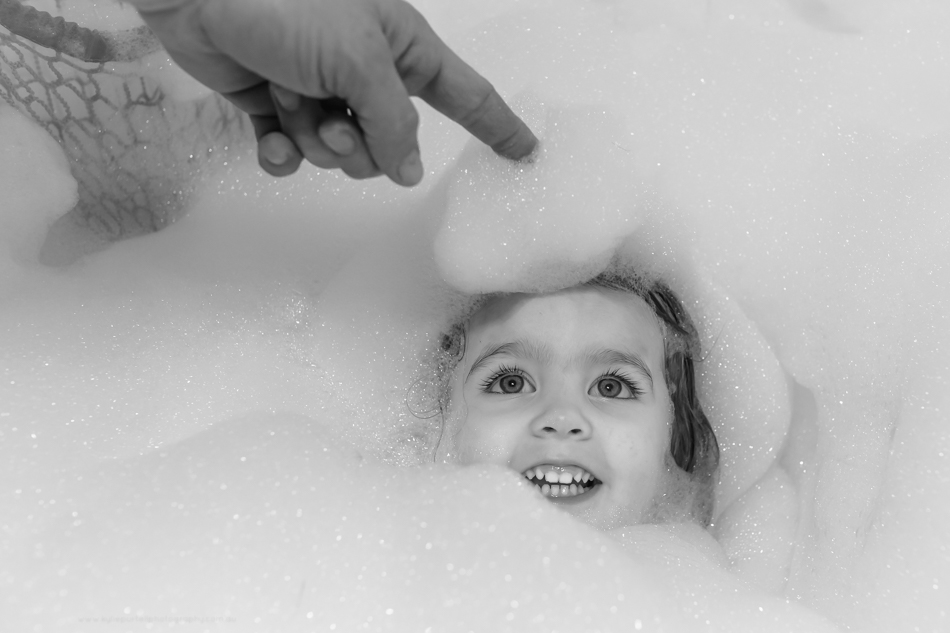 {Twenty-Five - Zee} She kept going cross-eyed trying to look at the bubbles on her head and every time I would go to take a picture of her doing it she would stop! 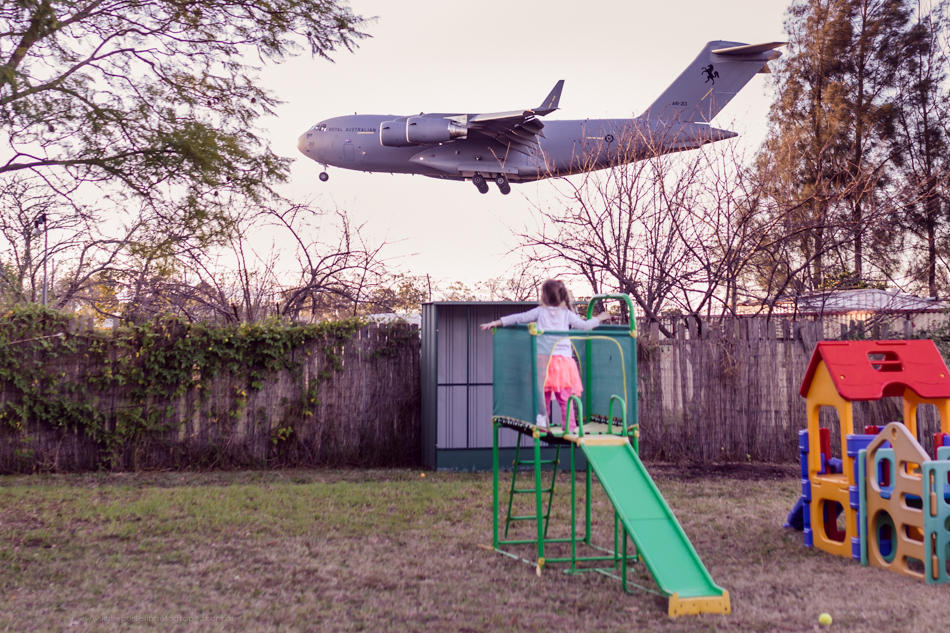 {Twenty-Four - Me} Week 24 was a Photographer's Choice theme in the Clickin' Moms 52 week project and I chose this one. I can assure you that plane is 100% real, no photoshop. This is an image I have wanted to capture for almost two years but the conditions have just never been right. On this day it all came together, child conveniently playing in the foreground, my camera was to hand, and I nailed the focus on the plane (not an easy feat when the damn thing is moving at a couple hundred kms an hour!). 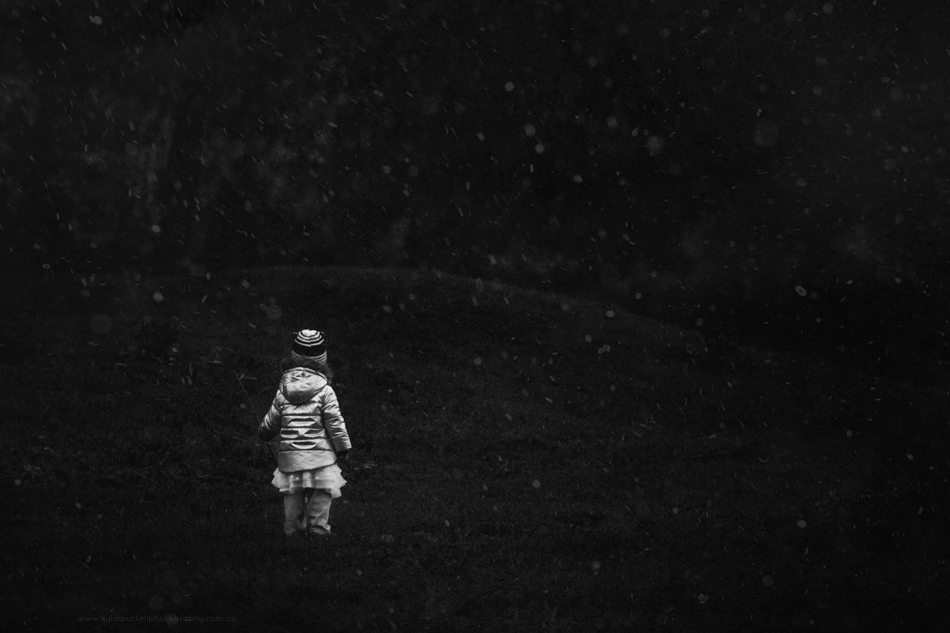 {Twenty-Five - Me} For week 25 we were asked to create the third part of The Four Seasons. For me, that meant winter. I wanted to try something a little different this time. Sydney doesn't really do winter in the traditional, snowy sense of the word. In fact it's only been in the last couple of weeks that we've actually gotten some truly cold, wintry weather. It snowed up the mountains a couple of days before this picture was taken, but we just didn't get a chance to take the girls up to see it. So we went for a winter hike at Yarramundi instead, rugged up against the winter wind blowing down from the mountain.

I took this image just after the sun had sent and I loved the way the surrounding landscape was mostly dark, but Zee's silver jacket stood right out, catching even the smallest amounts of light left. After I got converted the image to B&W in Lightroom and played around with my curves a bit, I took it over to Photoshop and experimented with adding a snow overlay and texture overlay to try add a little more "winter" to the image. It's not perfect by any means, using textures is not something I've really tried before, but I'm happy with how this turned out and being able to mostly bring the vision that was in my head in to the photo.