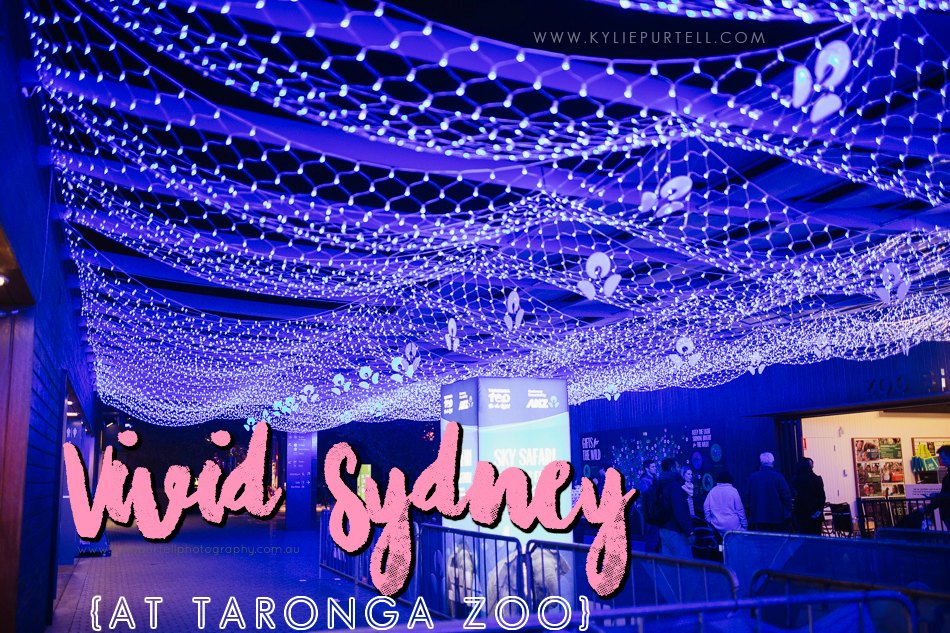 Last Thursday night we did something really fun and headed to Taronga Zoo after dark to see the Vivd Sydney light installation. This is the first year that Taronga Zoo has been a part of the various displays that make up Vivd Sydney.

Unlike the displays in the city, it's much less busy at the Zoo, owing to the fact that it's a ticketed venue. The only way to see the lights set up inside the zoo is to buy tickets at The Ticket Group here. And just so you know, this isn't a sponsored post, I bought tickets after reading about the event at Adventure Baby blog. 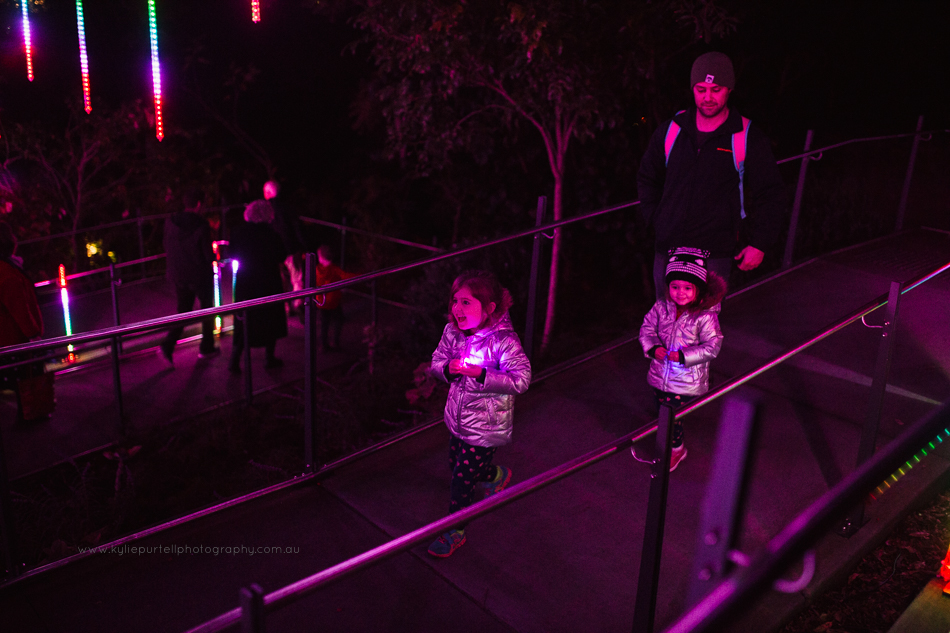 The display at Taronga Zoo has a strong conservation message and is made up of light sculptures of some of the world's most endangered species. The girls loved wandering around and finding the animals and it's a really well put together display.

Because of the need to purchase tickets to go inside, crowds are kept down. This makes it the perfect way to introduce your kids to Vivid without having to worry about losing them in the crowds of the city. The tickets are cheap too, and because the lights don't turn on until 5:30pm, parking is only a flat $7 if you decide to drive. 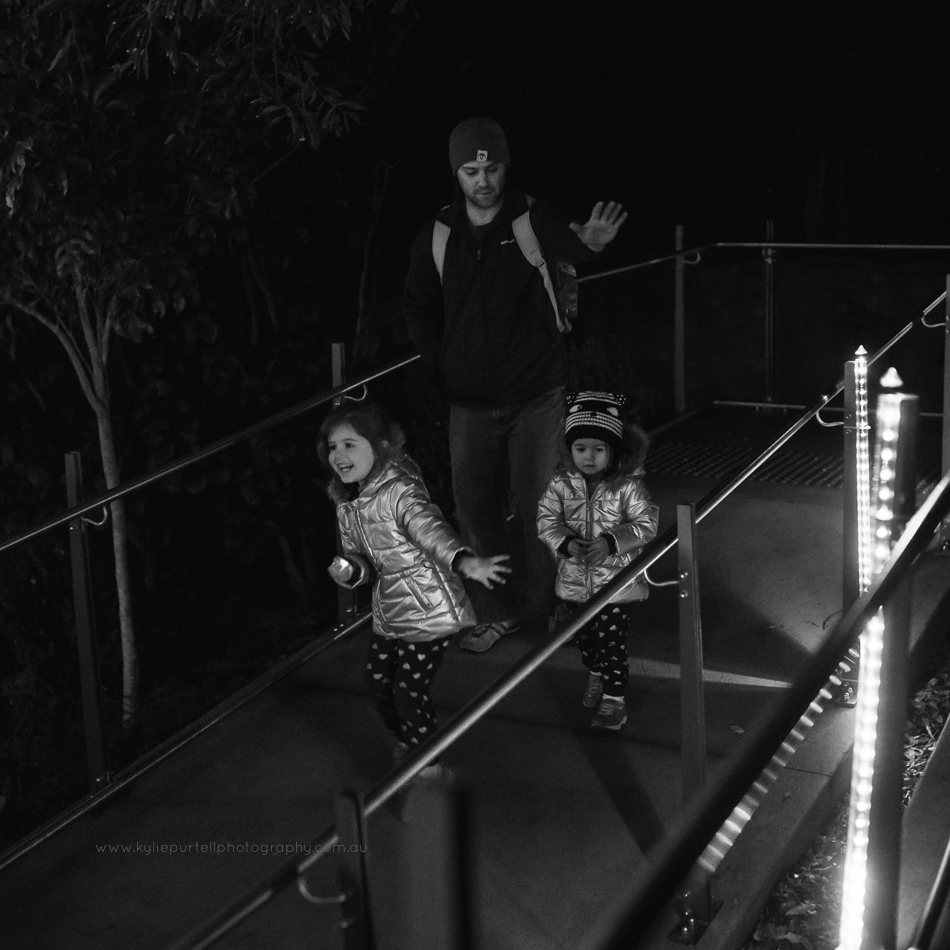 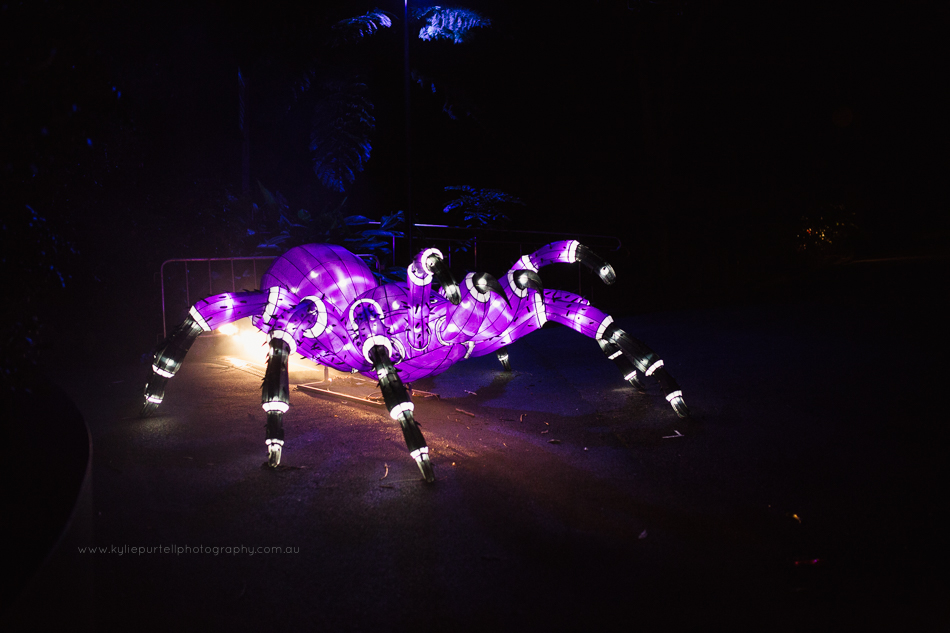 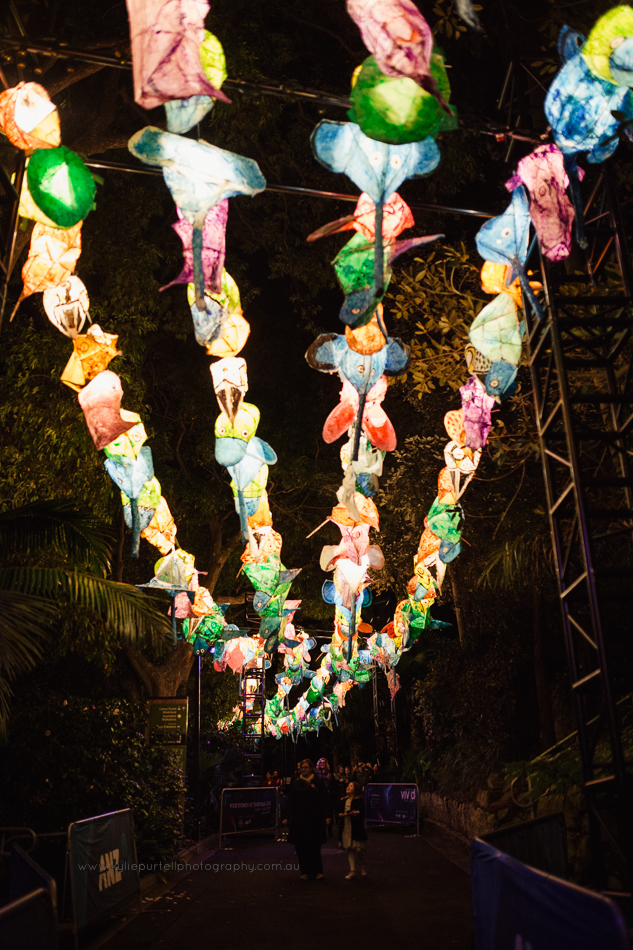 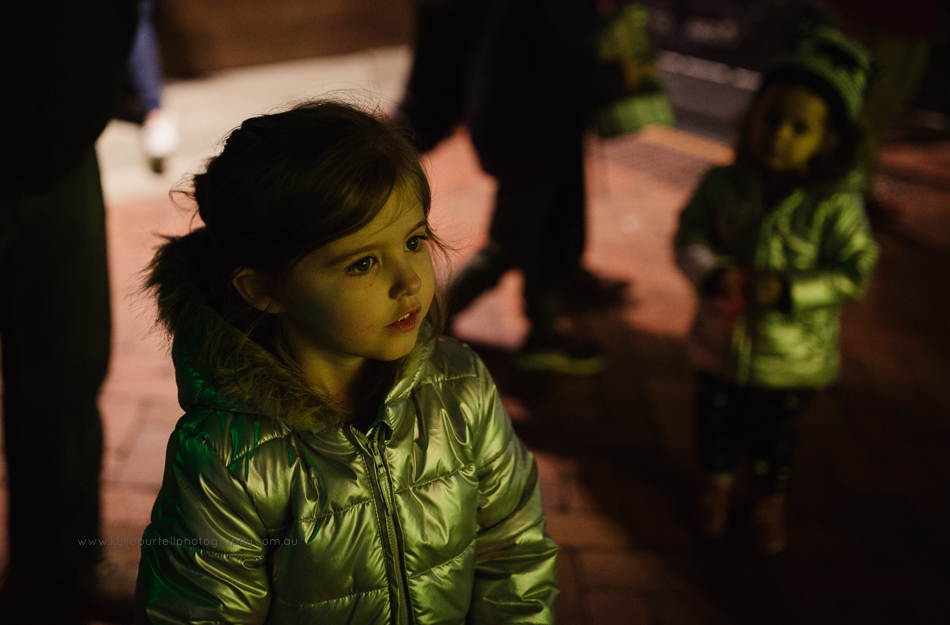 By far, the girls favourite part of the Vivid Sydney display at Taronga Zoo was the projection on the front of the Zoo's entrance. They were absolutely mesmerised by it when we first arrived, and when we left we stayed through about 3 more runs of the show. We finally had to drag the girls away at 9pm with much kicking and screaming from Zee. They were just having too much fun running around and chasing the lights, & trying to touch the animals flying across the front of the building.

Vivid Sydney at Taronga Zoo runs until the 18th June and there is more info about it on the Taronga website here. I made sure to choose a night when there were still the ANZ Blue Sky Safari tickets left, meaning we got to go for a round trip on the Sky Safari (the cable car) which meant we got to see more of the lights in the city, as well as the aerial view of the Zoo's displays. 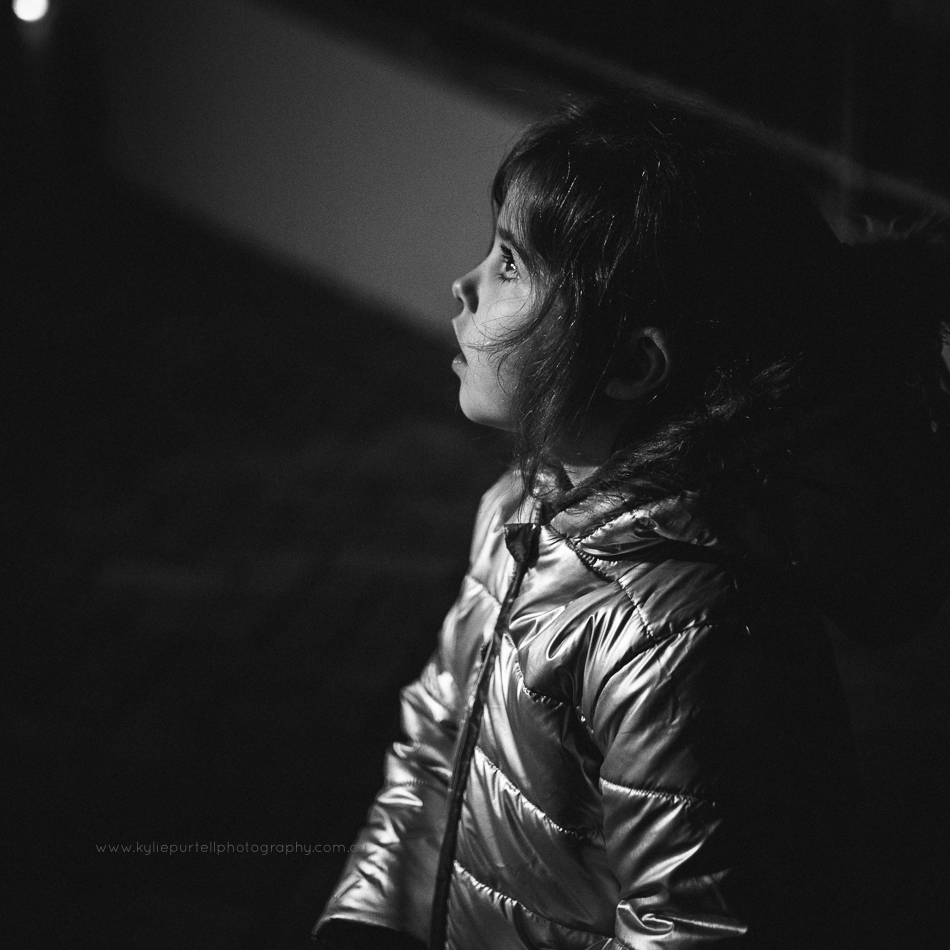 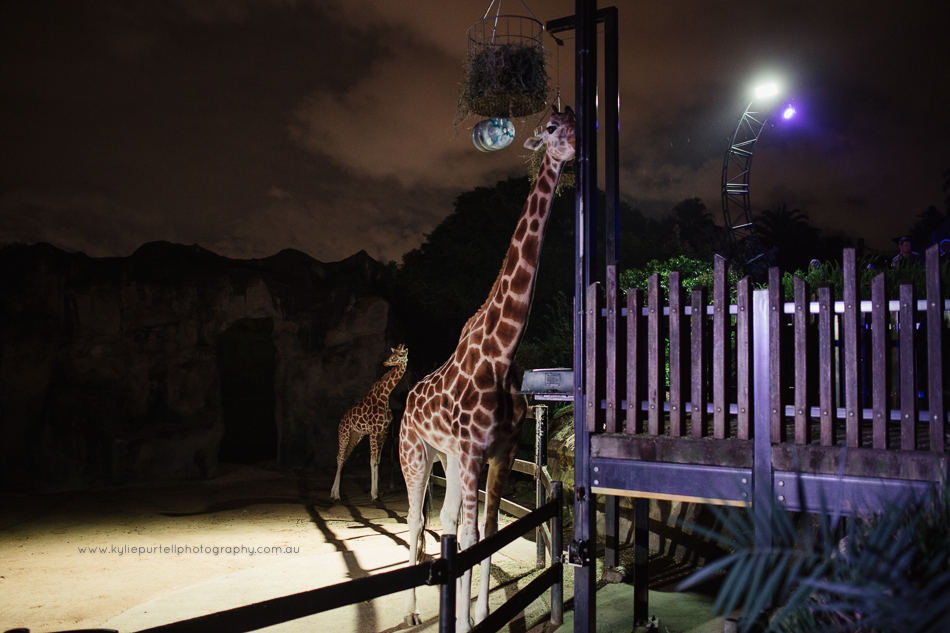 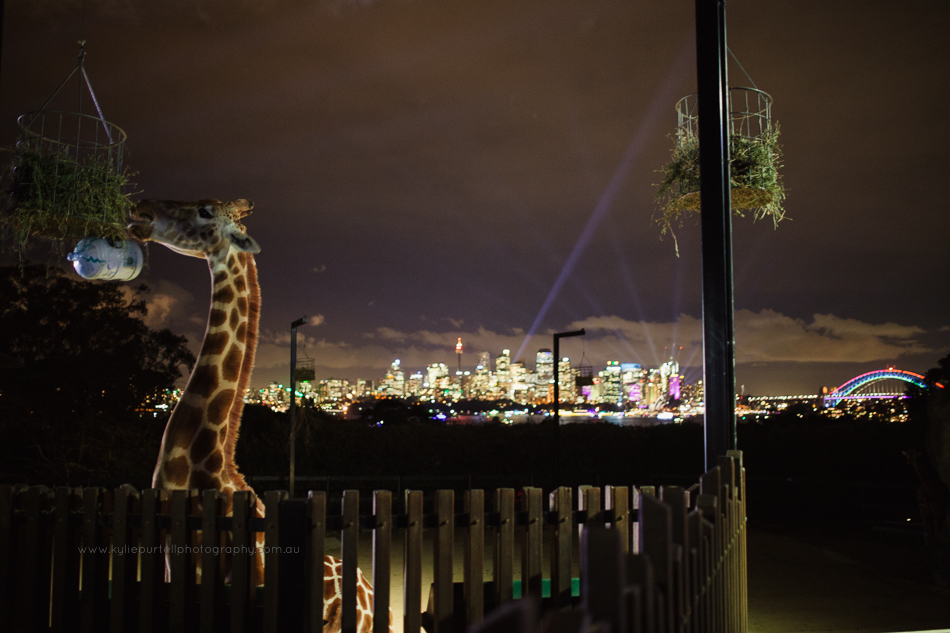 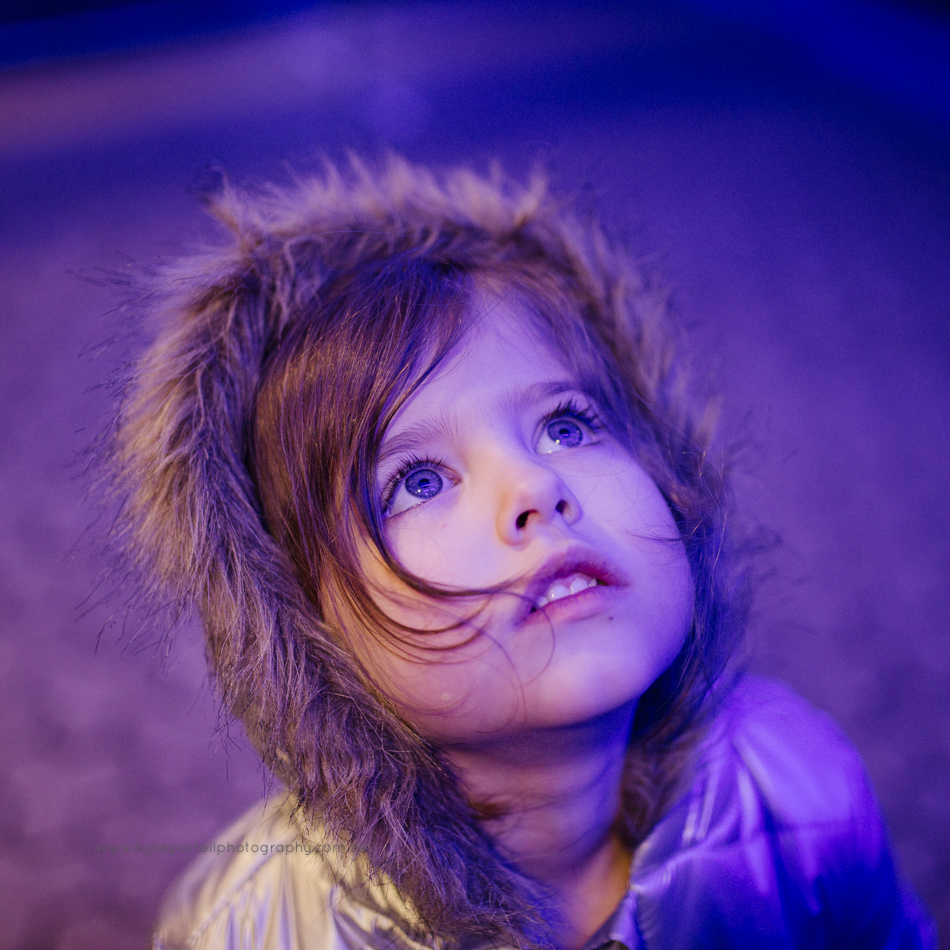 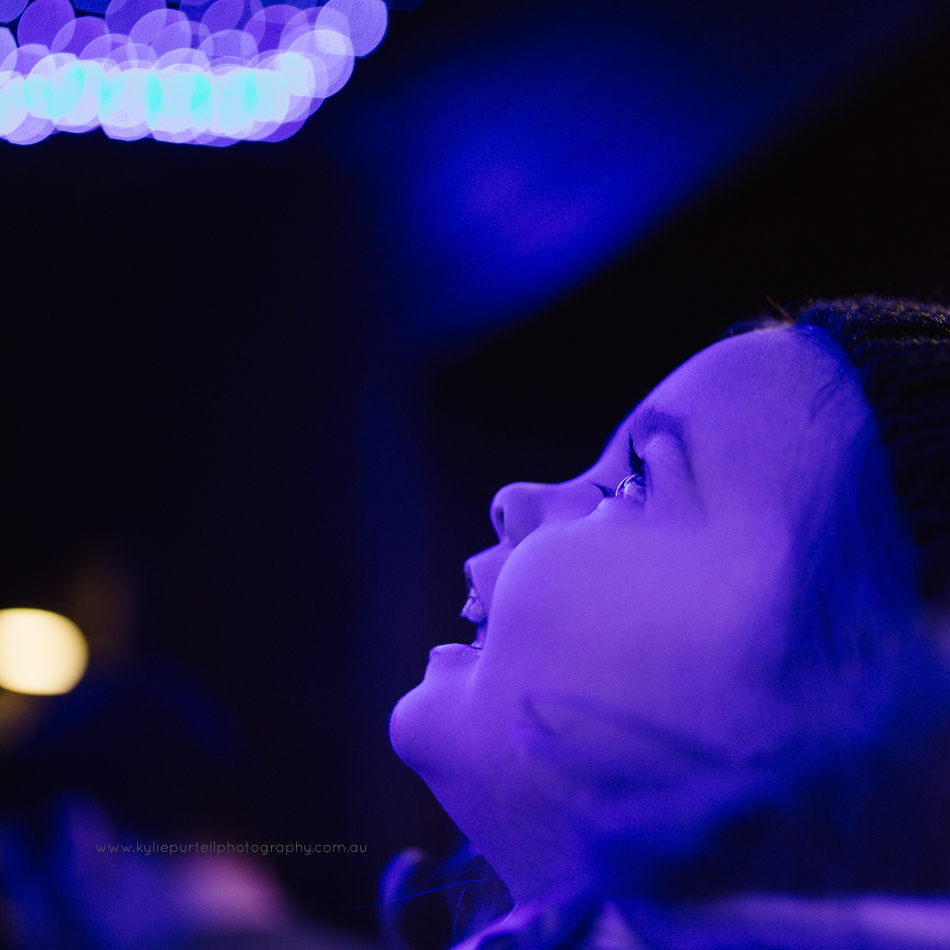 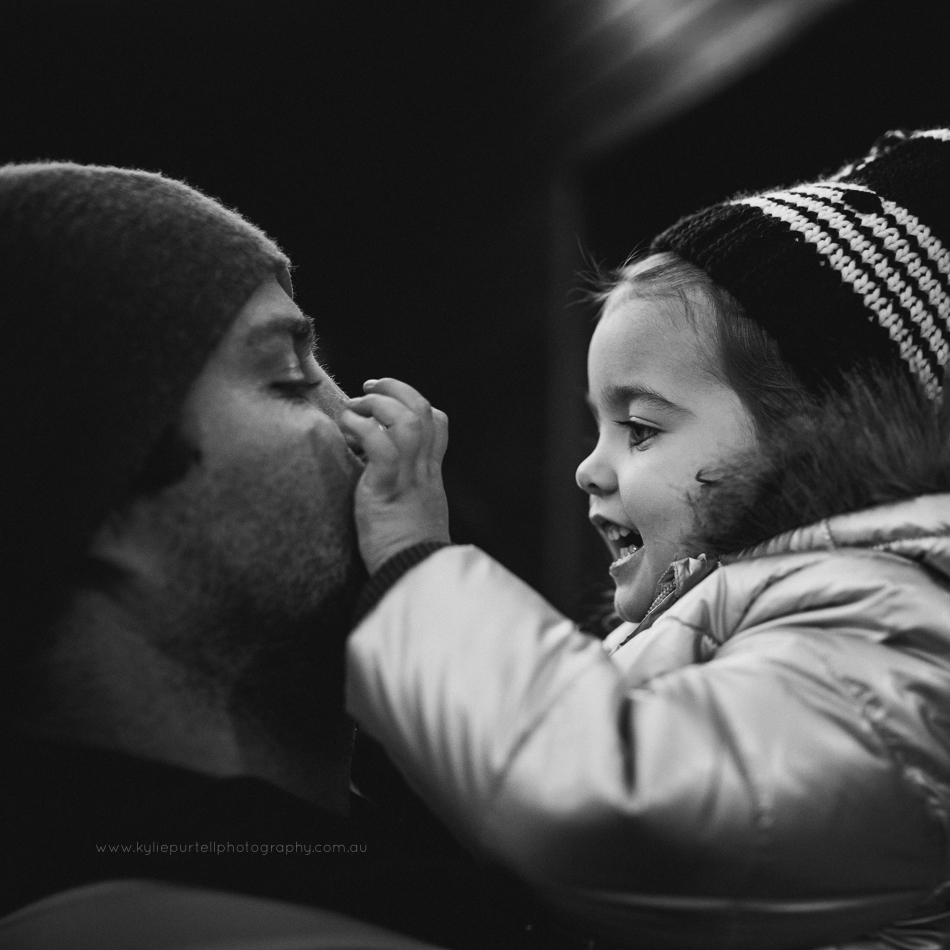 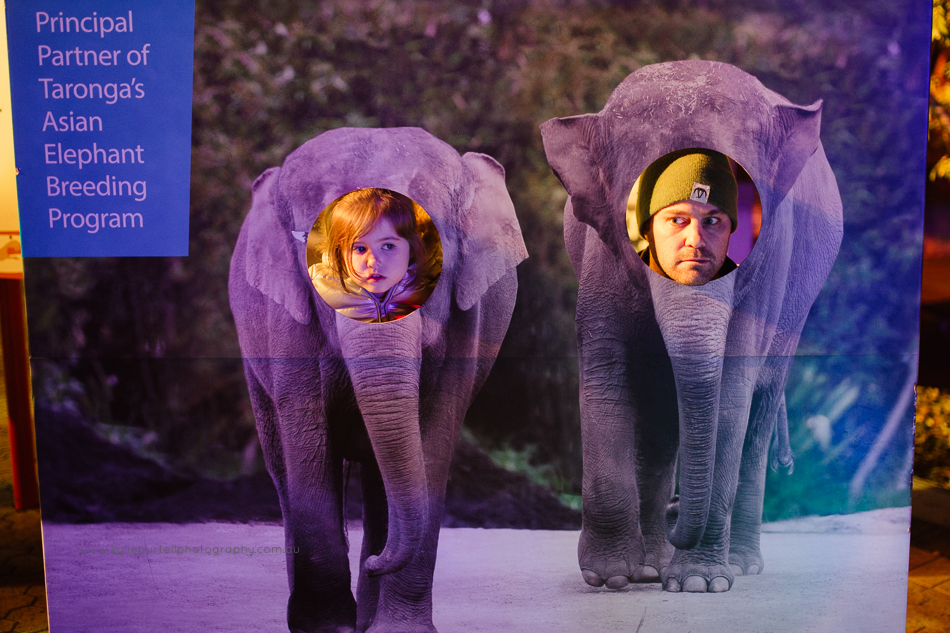 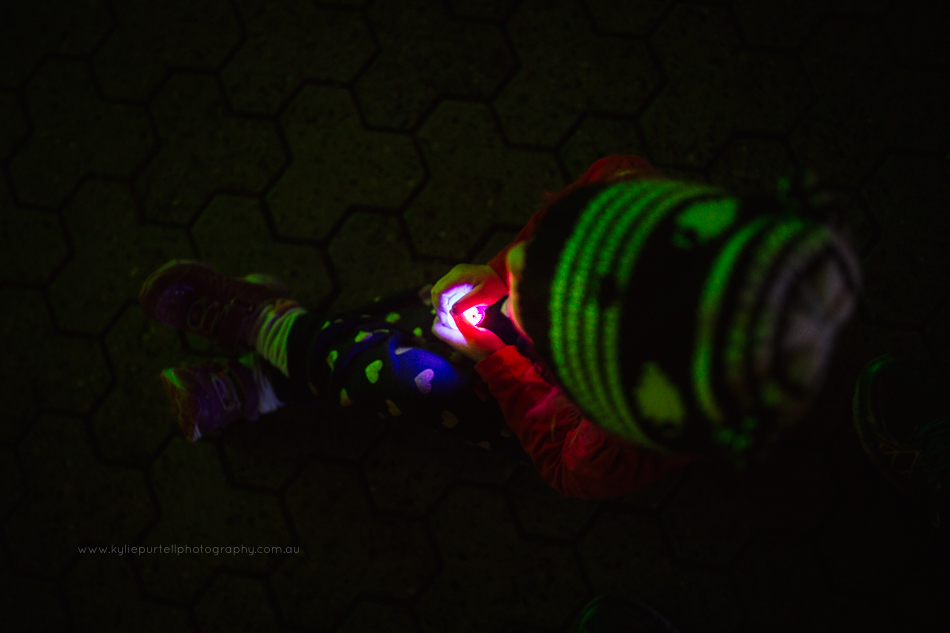 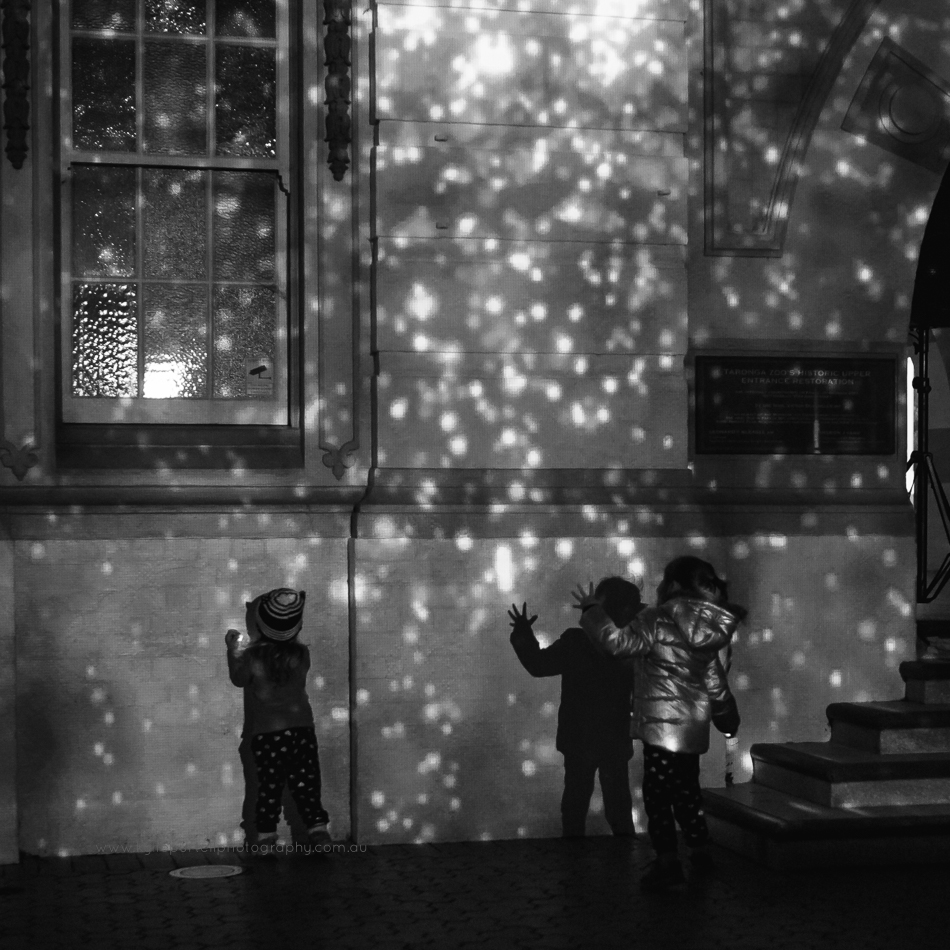 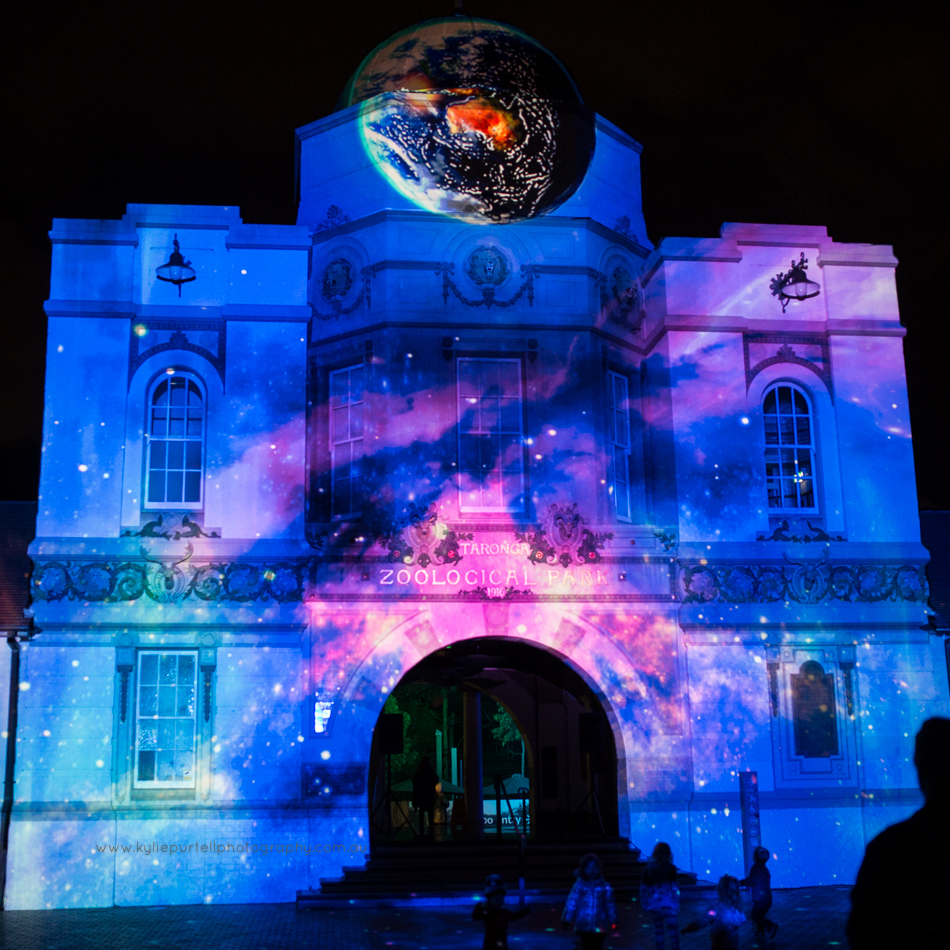 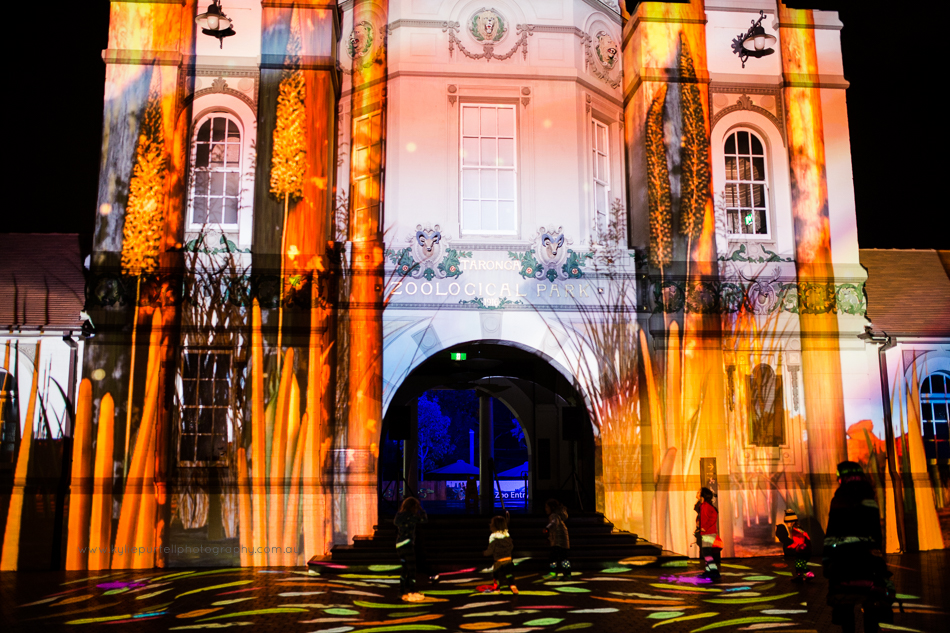 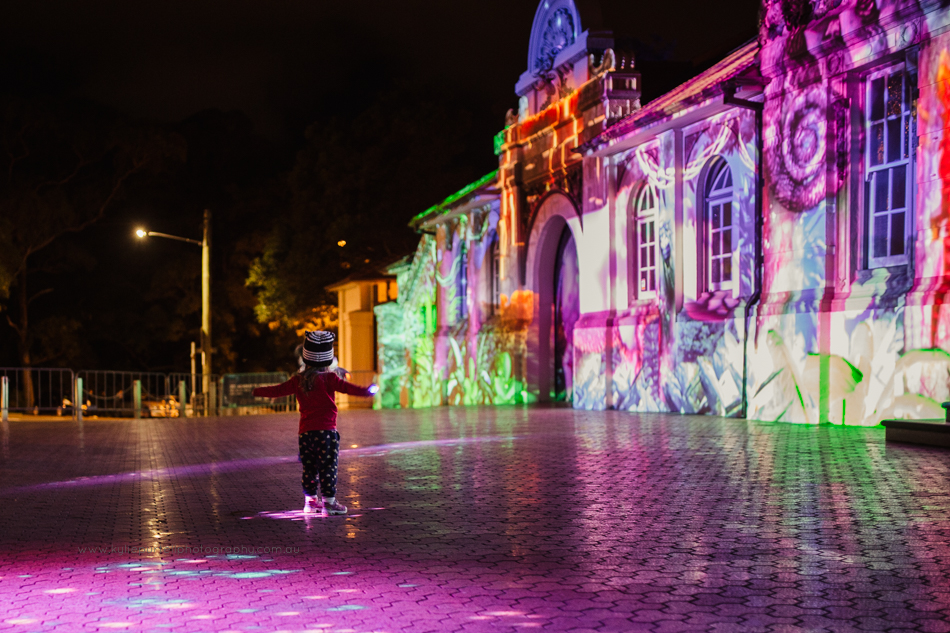 Have you had the chance to see the lights at Taronga Zoo or other places around the city for Vivid Sydney? When was the last time you visited the Zoo?