Breakfast at The Grounds {of Alexandria, Sydney, NSW} | Places to See 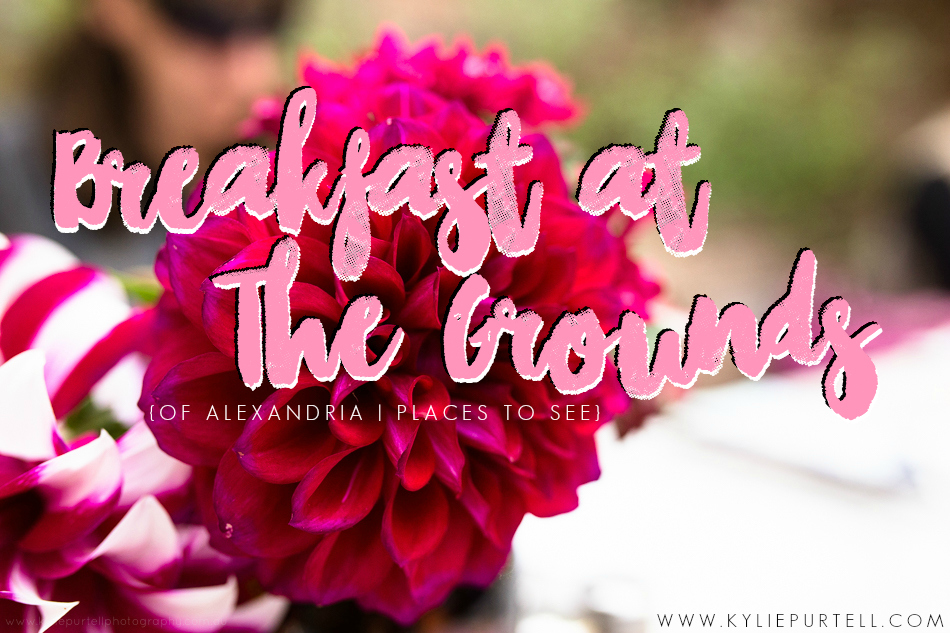 Last week I got to visit a place I've heard lots about but never seen myself. That place was The Grounds of Alexandria, and I was there with my good bloggy friend Kylie from Kidgredients. Kylie was invited to attend a Mother's Day breakfast being held by the lovely people behind Bonne Maman in Australia. 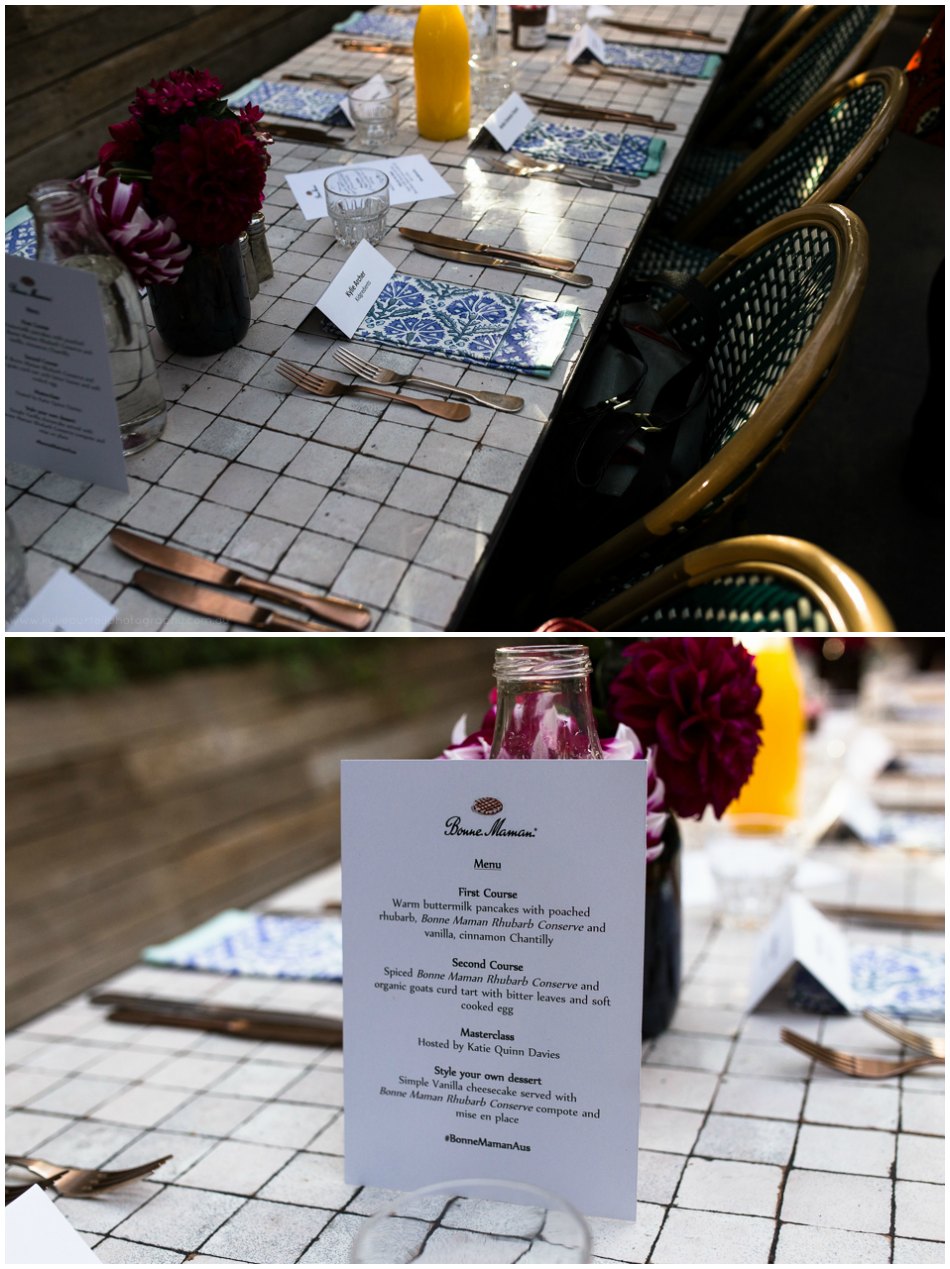 Don't worry, I'd never heard of Bonne Maman before last Wednesday either! Basically Bonne Maman make jam, and the breakfast was to launch their new Rhubarb Conserve. I want to state straight up here that this post is in no way sponsored. Kylie was allowed to bring a guest with her to the breakfast, and knowing how much I love photography and anything to do with photography she invited me for the sole purpose of getting to watch renowned food stylist and photographer Katie Quinn Davies (What Katie Ate) work her magic with the new Rhubarb jam. 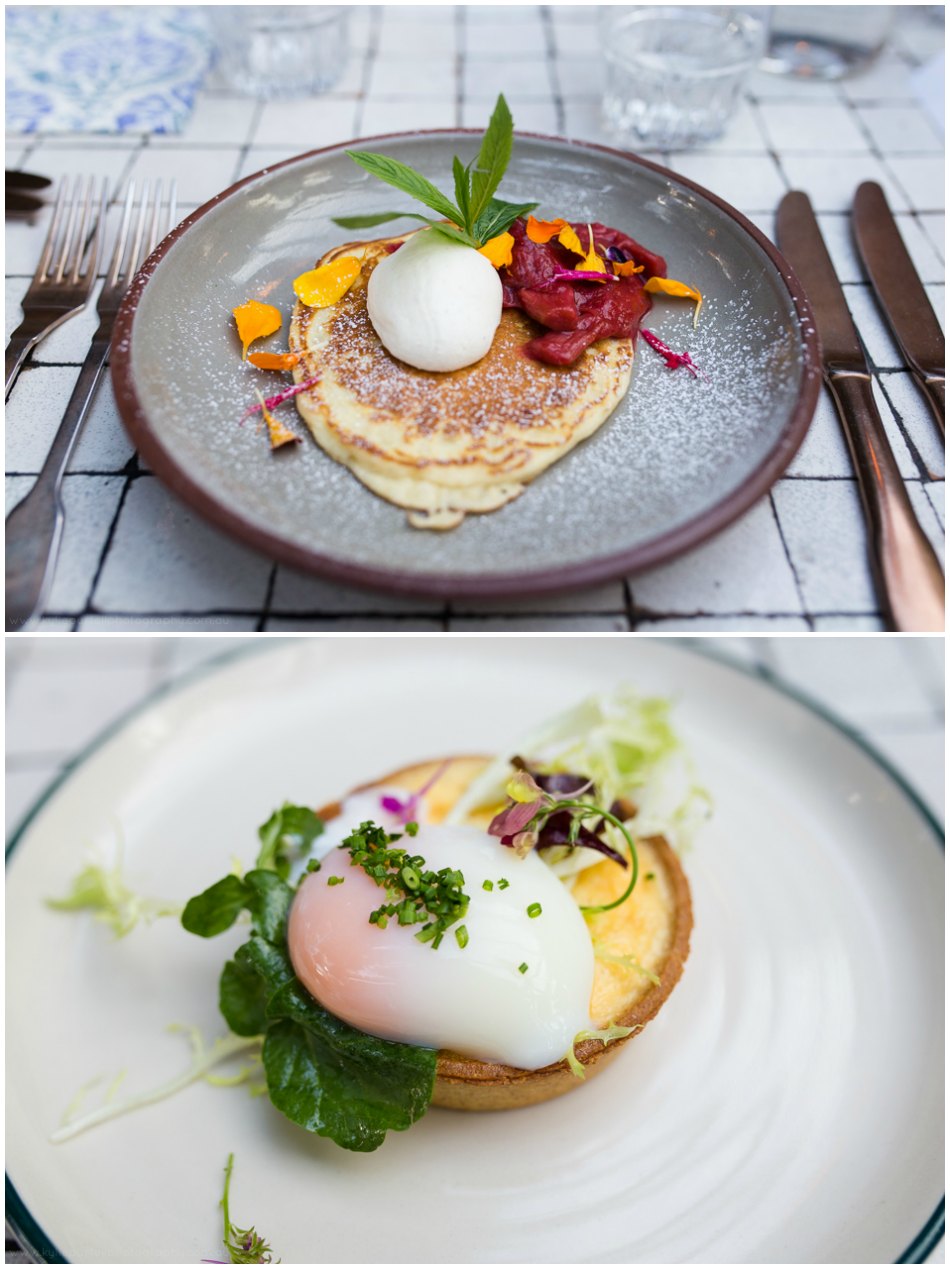 Food photography was something I struggled with at Tafe last year, thanks mainly to the fact that styling food is an art in and of itself and something I am pretty much useless at! So while I could take a decent picture of food, I was no good at making the food look pretty for the picture. In the end, I copped out and bought a pack of chocolates and photographed them. My lack of experience in food styling and enthusiasm for the task clearly showed in the pictures I took. Technically correct, but boring as batshit! 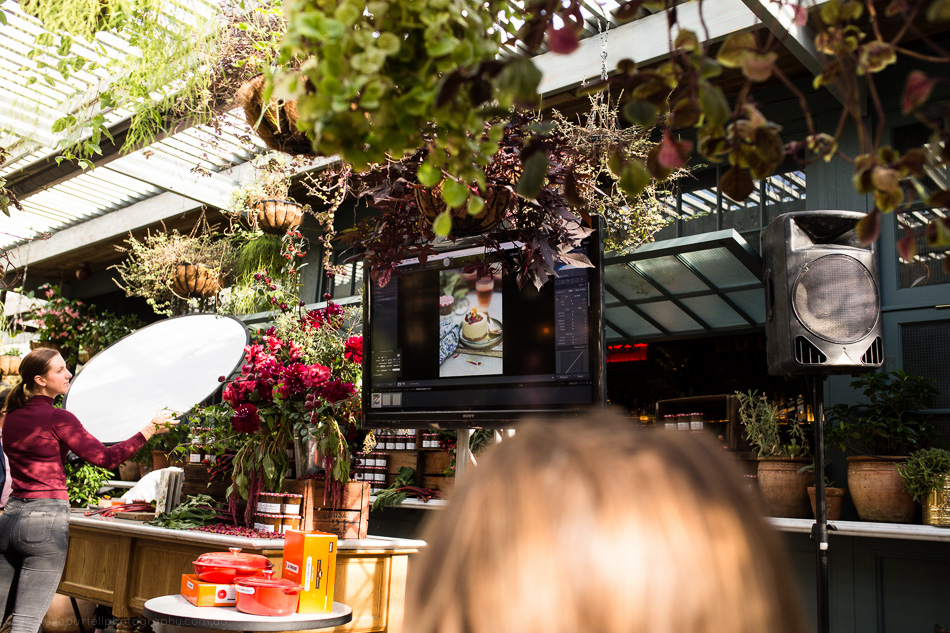 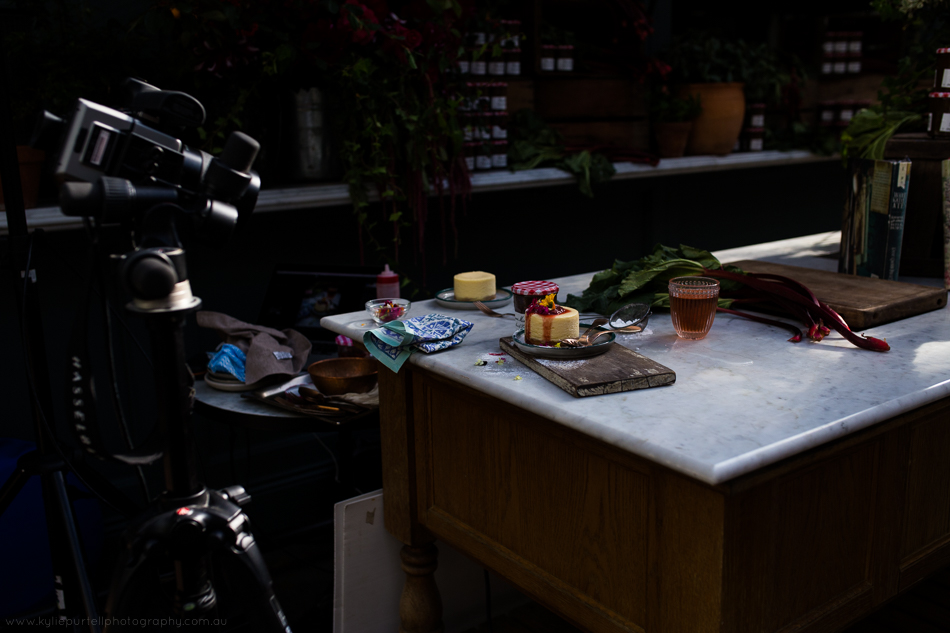 But I digress. Attending the Mother's Day breakfast at The Grounds of Alexandria required getting up at sparrow's fart (seriously, it was still dark when I left Mum's house for the train station!) but I was happy to do it for a chance to see Katie in action. After meeting Kylie at the station and walking for what seemed like an age on my sore foot (damn you plantar fasciitis!) we arrived at The Grounds and were ushered in to The Potting Shed, where a most beautiful set-up awaited us.

We were treated to some truly delicious food, two courses of breakfast, one sweet, one savoury, both featuring the new Rhubarb Conserve. After the eating we took our place in the small crowd to hear Katie talk a little about her approach to food styling and watch her style a mini-cheesecake with the new conserve. I will admit to struggling to pay full attention to what she was saying at times, being distracted with my major camera envy (she was shooting with a Hasselblad, the Ferrari of the camera world) but it was really great to see a master at work and something I'm really thankful to Kylie for taking me along to see. 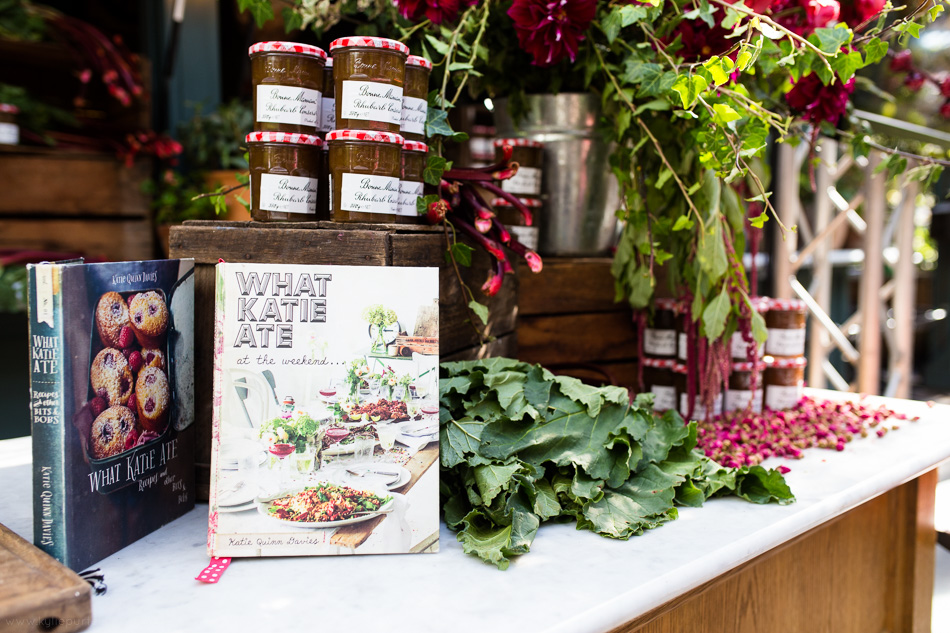 We didn't have much time after the breakfast finished for exploring The Grounds, but after the small amount that I did see, I am definitely going to be heading back in for a more leisurely photographic stroll.


Located in a former industrial precinct from the 1920s, The Grounds of Alexandria is a landmark coffee roastery, café and sustainable garden known for its abundance of fresh produce and hands-on experiences.
Opened in April 2012, the site which spans approximately an acre within the inner west city fringe suburb of Alexandria, hosts a coffee research and education facility, artisan bakery and a permaculture garden of heirloom vegetables, fragrant herbs, fresh fruit and flowers along with a small animal farm. 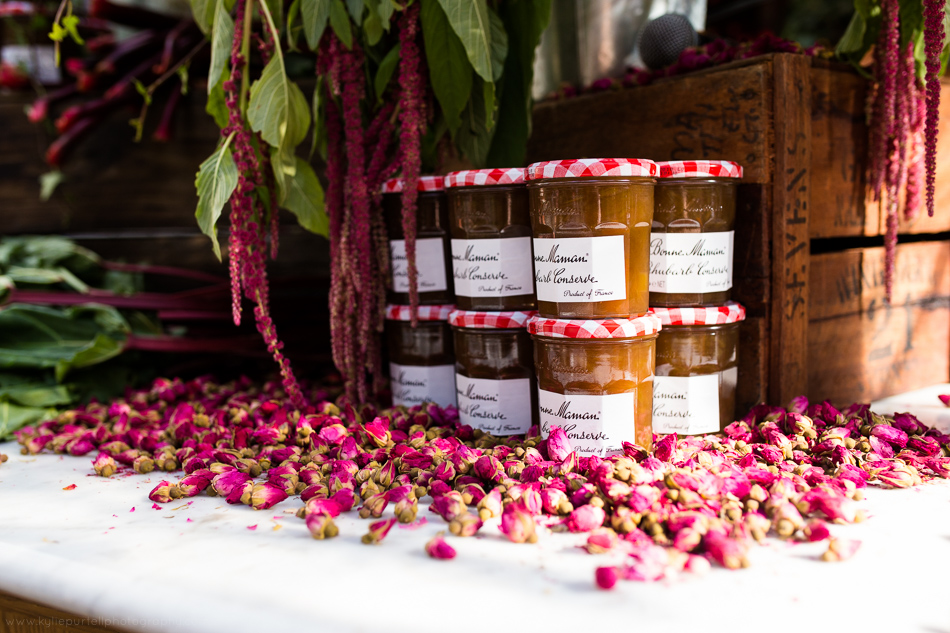 The place is so damn pretty, and filled to the brim with flowers and greenery. I could have spent hours wandering around taking photos, and I plan to do exactly that one day soon. I had a great morning at the Mother's Day breakfast and it was so nice to get to hang out with Kylie and enjoy some kid-free time together.

And the takeaway bonus? Turns out I have a little Rhubarb lover on my hands, Zee absolutely loves the Rhubarb jam and has demanded it on a sandwich every day since I bought it home. Looks like I'll have to see if I can find some more Bonne Maman jam at my local supermarket! 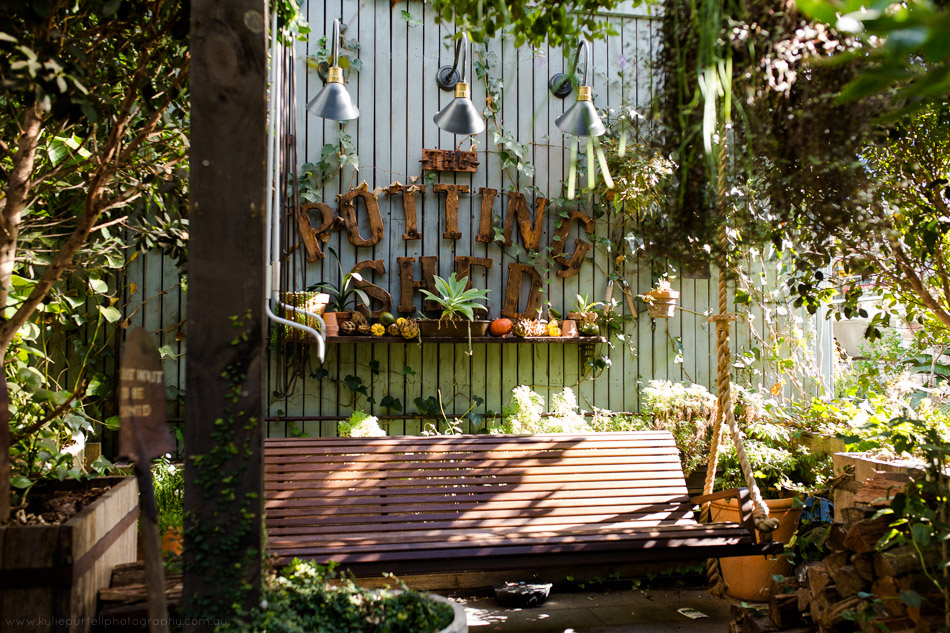 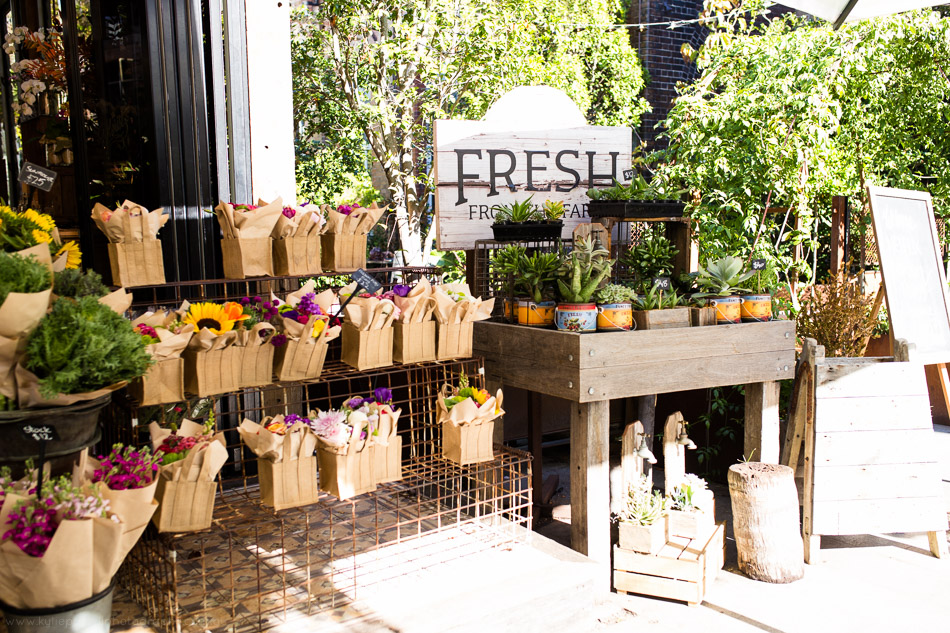 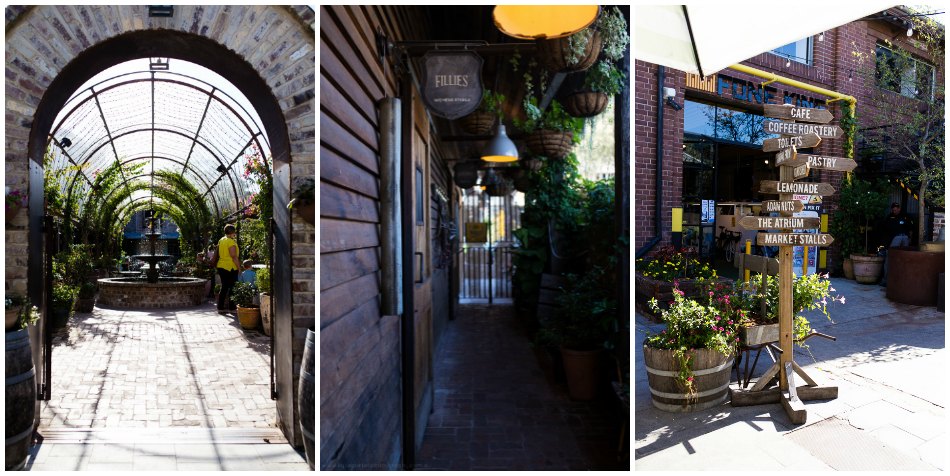 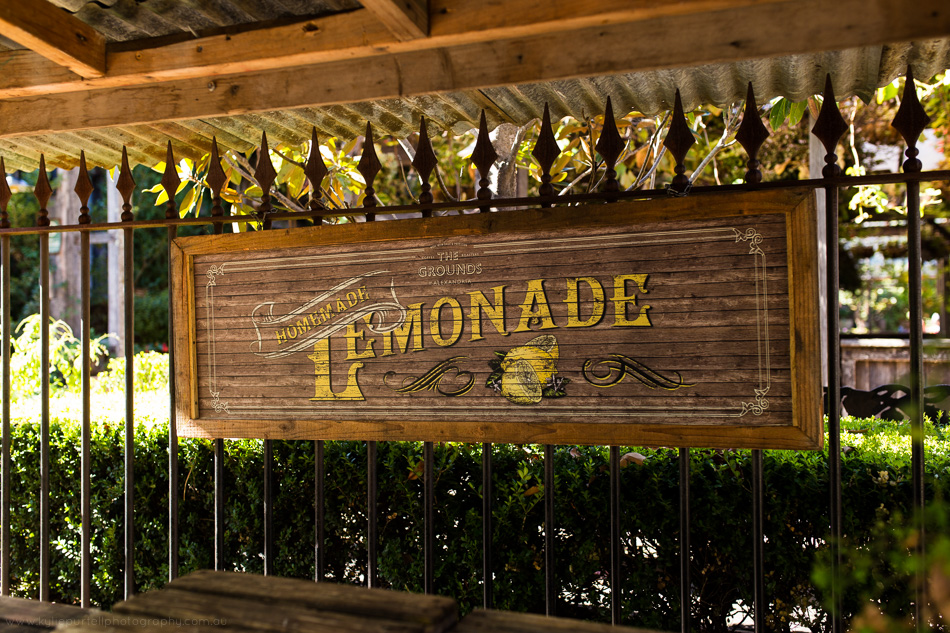 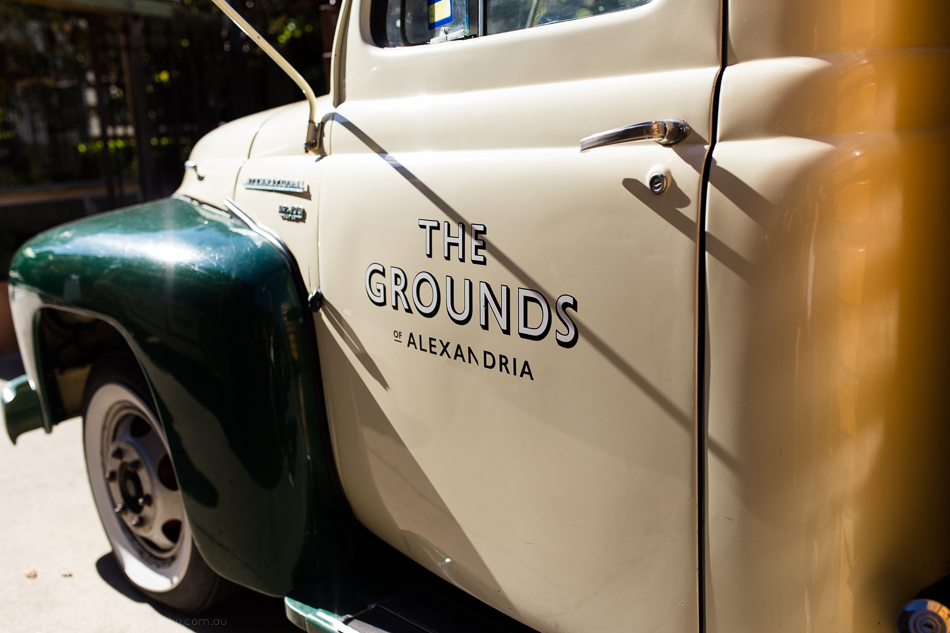 Have you ever been to The Grounds of Alexandria? What's your favourite flavour of jam?