Confessions of a New Mum - Part Two - Stitched Up | Motherhood 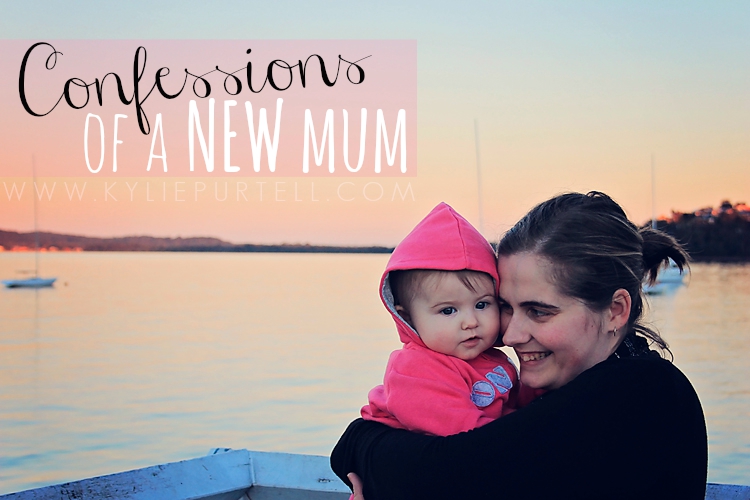 I sooked way more getting stitched up after giving birth than I did during the actual labour and delivery.

You would think that after pushing out 3.5kgs of human baby I could hack a few stitches
but you would be wrong! Seriously, the pain and discomfort I felt while they stitched up my second degree tear was way worse than any of the contractions or the actual pushing out of said 3.5kgs of human baby! Call me a sook (my husband wanted to he told me later, lucky he kept his mouth shut or they would have been stitching him up!) but it is what it is. Thank God I didn't have to have a c-sec, can you imagine the sooking I would have done then!

I don't know if it's because, after having gone through the the whole labour and then an hour and a half of pushing that I was just so over the whole thing, and having no control over my body, or if it really was that painful because I was getting stitched up outside and inside (thanks to the munchkin coming out with her arm up around her head, yeah, she will be hearing about that when she is older!) or I am really just the world's biggest whinger, but man did I sook.

I didn't cry, but I bitched and moaned quite a bit in between being in awe of this naked, gooey, little thing on my chest. It took about 40 mins for the OB to stitch me up. He apparently used a pudendal(sp?) block but it didn't feel like it! It's enough to make me wanna investigate perineal massage before we have another one in the hopes that I can avoid that next time!

I think if I had to put it in order I'd say the worst part about giving birth was the stitching up afterwards, followed by the pushing stage, with the least worst part being the labour.

I was lucky to have a relatively short active labour and was able to cope with the contractions really well (with the exception of the 20 mins they left me strapped to the foetal monitor and flat on my back on the bed! I refuse to do that again!), but I found the pushing part to be really hard.

It just felt so unnatural to me, and I was so exhausted from having been awake for close to 24 hours at that stage that I just felt like I had nothing left. And to then have to lie there and have more poking and prodding while delivering the placenta (which I don't actually remember doing) and then being stitched up, when all I wanted to do was to be left alone with my husband and the tiny life we had created, I think I just gave up trying to be tough and sooked! I didn't go as far as telling the OB what I thought of him attacking my lady parts with a needle and thread (the word fucknut comes to mind) but I came close, and if looks could kill? Let's just say he would have shrivelled up and died, right there on the spot.

I know I am so lucky to have had a relatively easy time of it compared to what some women go through trying to birth their babies and I don't know about anyone else, but that was the worst part for me and the part I'm praying to not have to go through again when we decide to have the next one.

What did you find was the worst part about giving birth?

Redcliffe Style said…
Ouch!!! I have had two c-sections and they sound less painful than that :) Congratulations on your beautiful baby. Rachel x
7 August 2012 at 09:39

Ronnie said…
Oh Kylie, the stitching up part post labour has always freaked me out. I totally believe you if you say it was worse than pushing and labour itself. I don't know if this is something you might consider for your next birth, but I though I'd share anyway. I used something called the EPI-NO for my four pregnancies. It's meant to do a way better job than perineal massage. Our Cameron was 4.5 kg, Angus was 2.7 kg, Pete was 4.1 kg and Jamie was 3.7 kg and I was able to give birth to all of them without episiotomy or tearing. I seriously put it down to the EPI-NO and even my obstetricians have been impressed! It's not that mainstream for some reason, but it really should be. Feel free to email me down the track for more gory details. :)
Ronnie xo
7 August 2012 at 09:56

Kel said…
I still don't understand why you hated pushing, I loved it! Finally there was action, finally I could do something :-) But yes, we need to investigate this no-tearing business, epi-no sounds good!
7 August 2012 at 14:40

EssentiallyJess said…
I only needed stitches win the first one, but I burst into tears when they told me and thoroughly refused at first! It didn't help that I had my daughter on a shift change, so I was left waiting for over an hour, and thought we were all done. Thankfully the local worked, but getting it put in was not that much fun!
7 August 2012 at 20:44

Zanni, Heart Mama said…
I had stitches too, but honestly don't remember them! The dr was so quick and efficient. It was the pain afterwards that got me. I am a bit scared about the intensity of my next birth as my first was short and fast - and second labours are usually quicker!
7 August 2012 at 20:55

Kylie Purtell said…
Wow, I am definitely interested in the EPI-NO! I'm willing to try anything next time.
7 August 2012 at 21:39

Kylie Purtell said…
I know, it's strange, it just felt like nothing was happening and it seemed to just go on forever and ever!
7 August 2012 at 21:39

Kylie Purtell said…
Oh man, that sux. It's strange how you finally push out the baby and you think "Great, all done" and then all this other stuff has to happen when all you want to do is snuggle your newborn and do some serious bonding.
7 August 2012 at 21:41

Kylie Purtell said…
Hopefully if I have to get stitches next time it will go a bit quicker! I know what you mean about a quick labour, the midwife said to me after it was all over that she'd never had a first timer progress so quickly and that I should probably camp out in the carpark a week before my due date so I make it to the hospital in time!
7 August 2012 at 21:44

BossyMummy said…
Z was posterior, so I had an epidural as soon as I got to the hospital.I was one of the fortunate ones that the epidural covered the pain only and I still felt the contractions and pushing etc. It did mean that I didnt feel the stitches, and from your description I am grateful! I think you have every right to whinge - you just created a baby! :)
8 August 2012 at 00:02

Yvette Bowyer said…
I had 2 c-sections due to breached babies - the stange numbness of pulling and pushing was weird but not painful.. 2nd birth the pain was the epidural that didn't take 4 times in my back bowled over awaiting the rest of the pain to go away.. in the end I had to go under general and woke up 30 minutes later to a baby boy.
8 August 2012 at 14:03

Kylie Purtell said…
I said to Dave a couple of weeks afterwards that getting those stitches is enough to make me consider getting an epi next time! Posterior labour must really suck, that's another thing I'm very thankful I didn't have to experience!
9 August 2012 at 13:37

Kylie Purtell said…
Oh man, that would have sucked so hard not having the epidural work, especially when they have to use such a huge needle to do it and you have to be so still, not something that is easy during labour!
9 August 2012 at 13:38