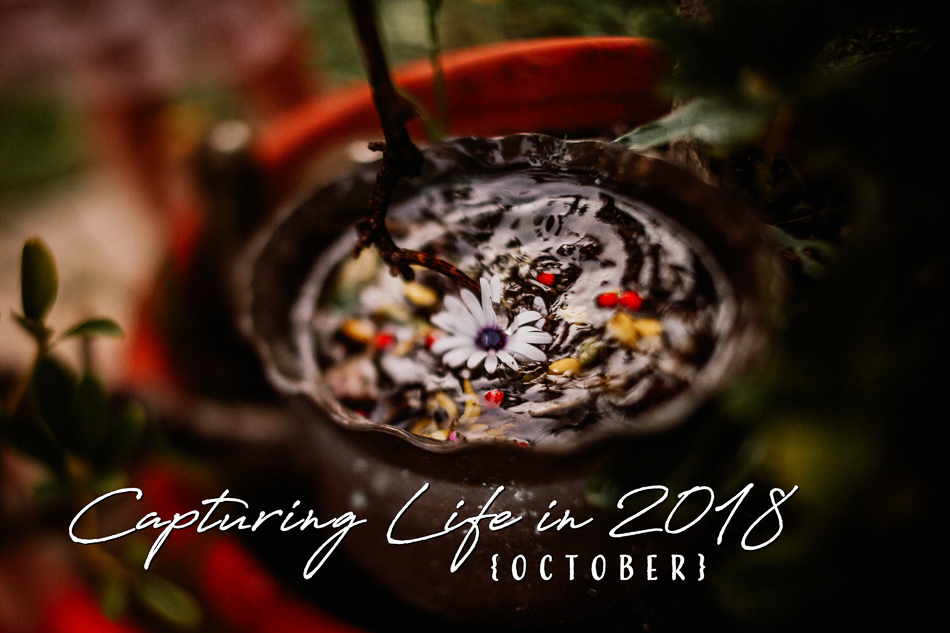 Can you believe we are already half way through November already?! I feel like Halloween was only yesterday and everyone was posting photos of their kids in cute costumes!

We're well & truly into the end-of-year run around here. It kicks off On Friday with Punky's birthday and then just picks up speed between now and December 25th! I decided earlier in the year that I wasn't going to step foot in a shopping centre this Christmas except to buy groceries and the few things I might not be able to source online, and so far it's looking like I might actually be able to keep that promise!


I've bought or ordered most of the girls Christmas presents (and the few things I still need to get I'm actually going to get from our local Officeworks because it's not in a shopping centre!) and yesterday arvo I took the girls to our local toy shop so I could get an idea of the one big toy present I'll be getting for them.

In our house Santa gets all of the smaller gifts (think stocking stuffers, undies, socks, that kind of thing) and they get their main presents, usually one or two more-expensive toys or gifts from Dave and I (there ain't no way I'm giving Santa the credit for those!). We don't tend to go too crazy on the gifts because they get so much from all of their Aunties & Uncles & Grandparents, so Dave and I prefer to keep their gifts from us & Santa more low-key and include stuff we know they'll get lots of use out of (clothes & paper/craft supplies) or more experience-based gifts.

It's important that they get quality over quantity in this house.

Anyway, with the run to the end of the year there's lots coming up, but one thing I wanted to give you a heads-up about is that I'm going to be making a very important announcement next week that you won't want to miss, so make sure you stop by again same time next week to hear all about it.

And with that out of the way, here are the October images from my 52 week portrait project... 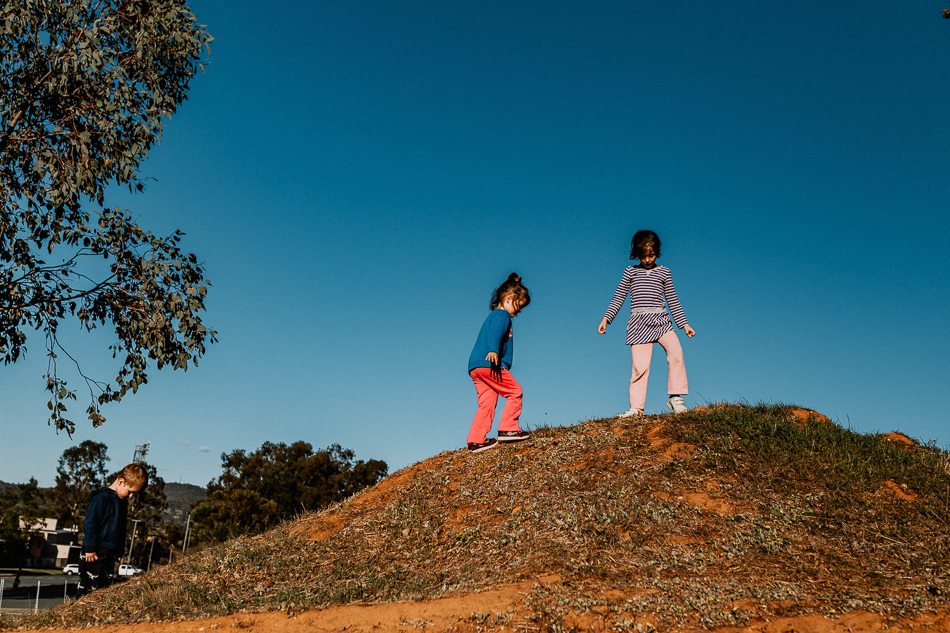 Week 40 - When we were in Albury at the beginning of October we stayed in a really awesome Air Bnb. Just up the street from the house was a bit of reserve/bushland that had started to be cleared for new houses to be built. It was a great place to take the kids to explore. 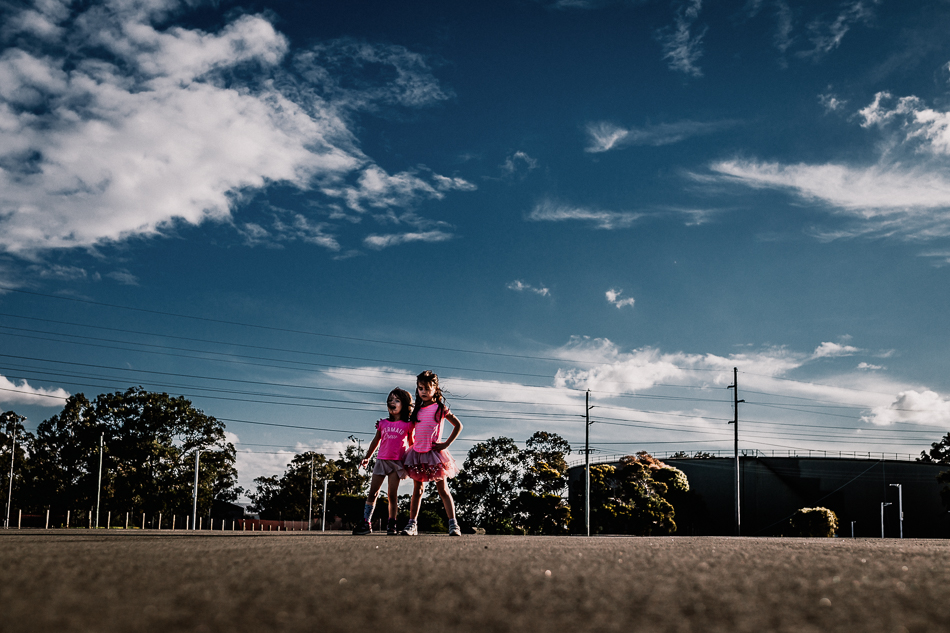 Week 41 - For some unknown reason, we'd never thought to take the girls to the local netball courts to ride their bikes & scooters. But after a hot tip from one of Dave's mates we did, and it was ace! 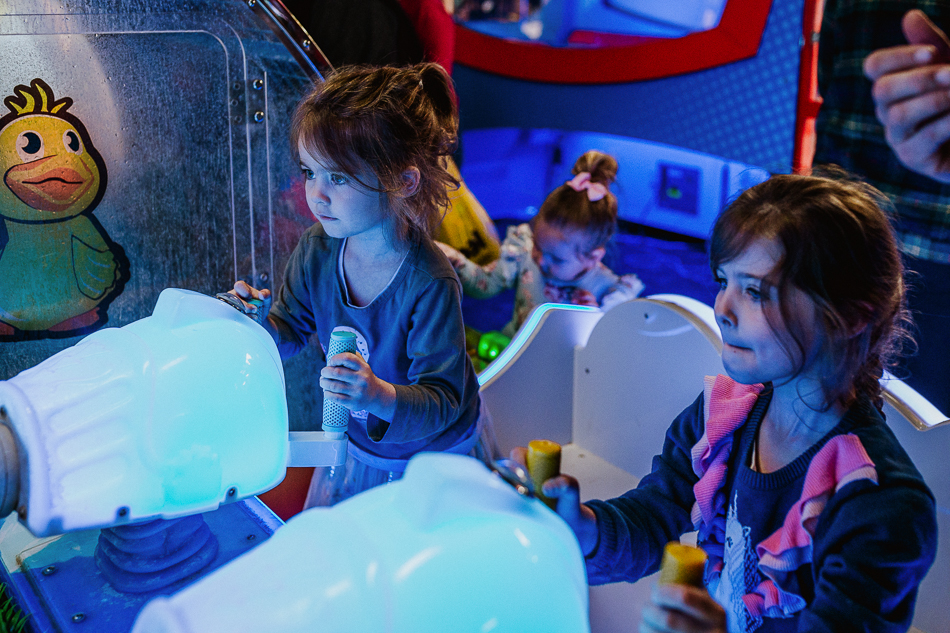 Week 42 - On a super wet & rainy Sunday afternoon we took the girls to meet up with some friends for a game of bowling and a good catch-up. After bowling we took the kids in to the games arcade and the girls absolutely loved it! They'd never actually been to a games arcade before, so it was a totally new experience, and this game was their favourite, with a bit of team work they made it through both 2 levels of zombie ice killing, lol! 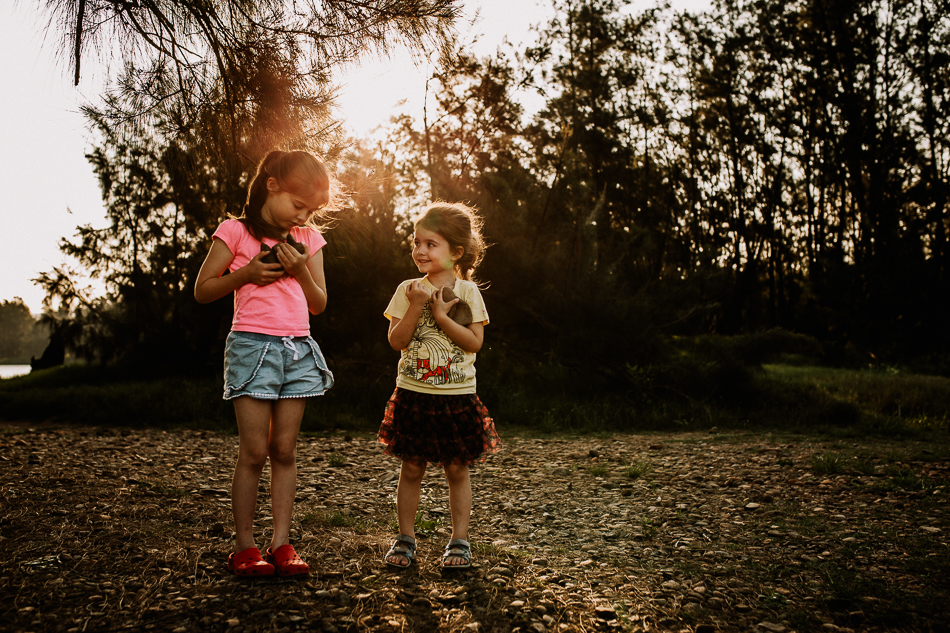 Week 43 - Once again in our happy place, Yarramundi, and doing one of their favourite things, collecting river stones to throw in the water. 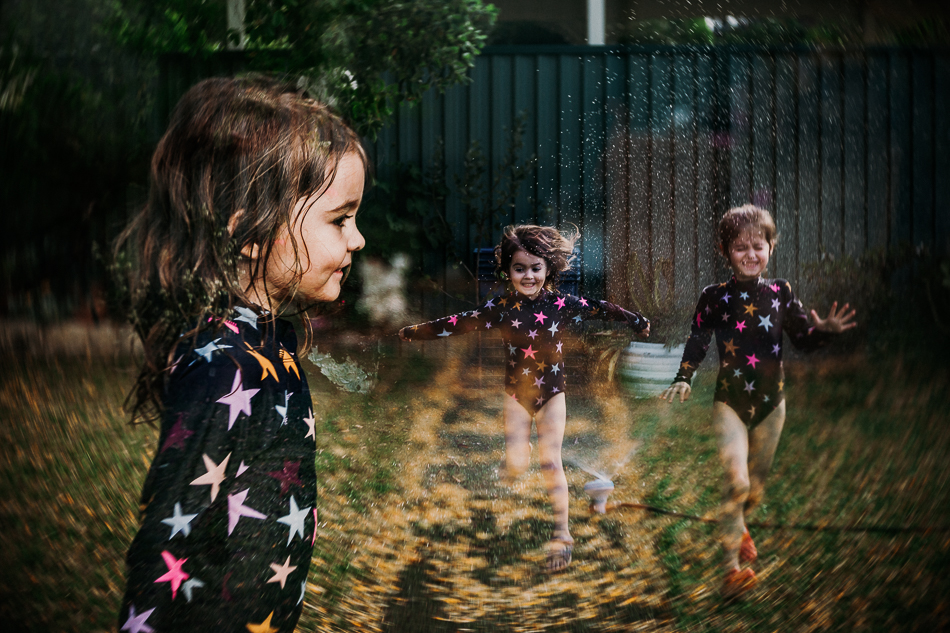 Week 44 - I got a new creative lens to play with this week, and because it was stinking hot, the girls running under the sprinkler at Nanna's house was the perfect time to test it out 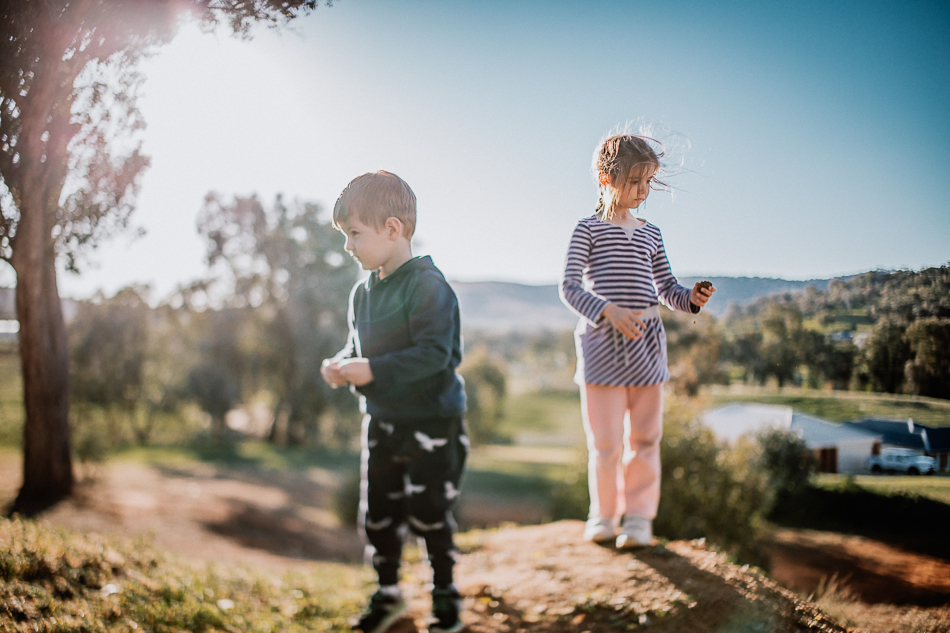 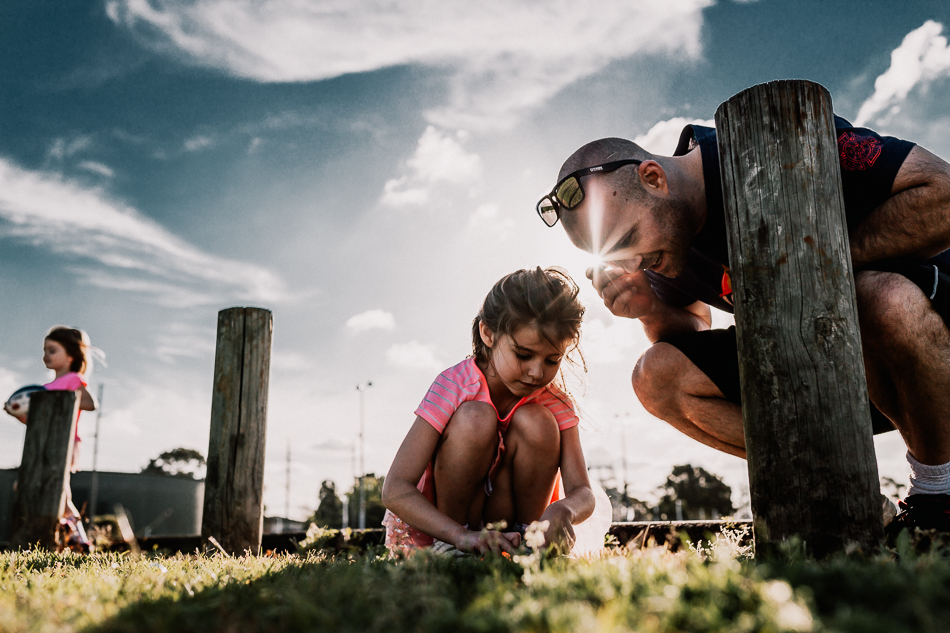 Week 41 - This is a sight that has greeted me more times than I can count since Punky was big enough to take an interest in exploring and finding bugs with Dave. So often I look out the kitchen window to the backyard or turn around on a walk to see these two crouched down examinging something on the ground 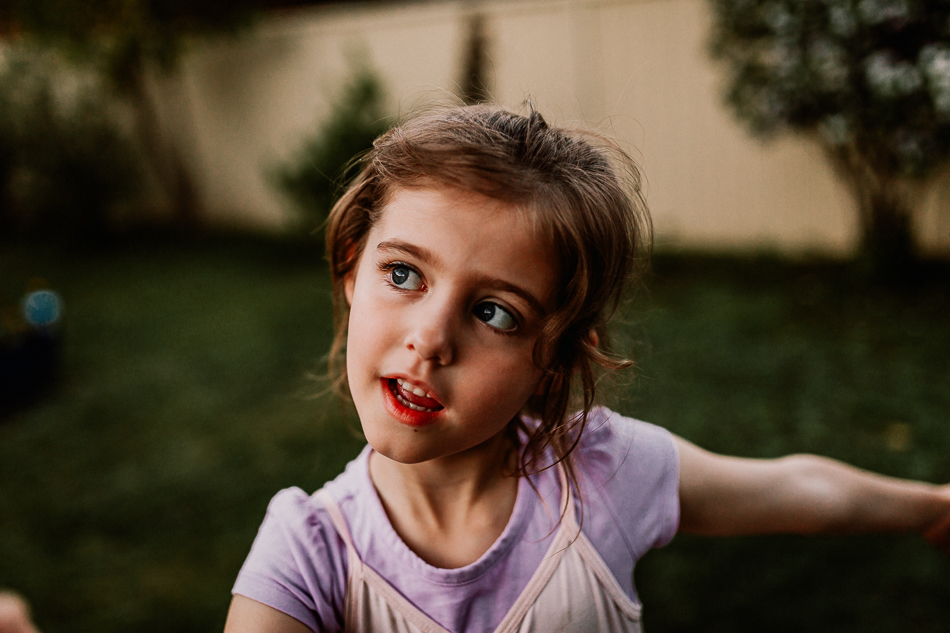 Week 42 - Making up songs & singing them for me 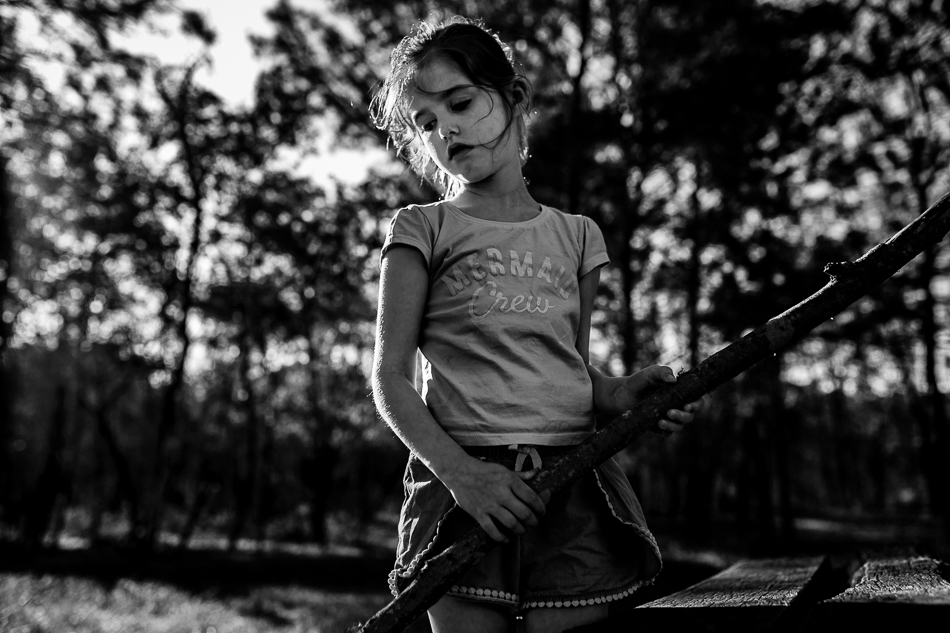 Week 43 - There's always something to contemplate on a nature walk 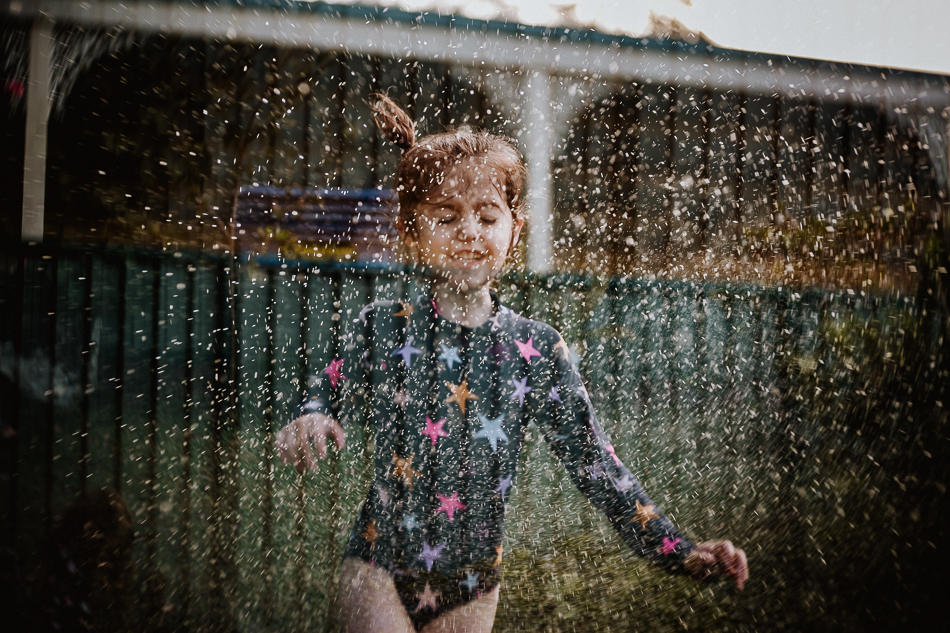 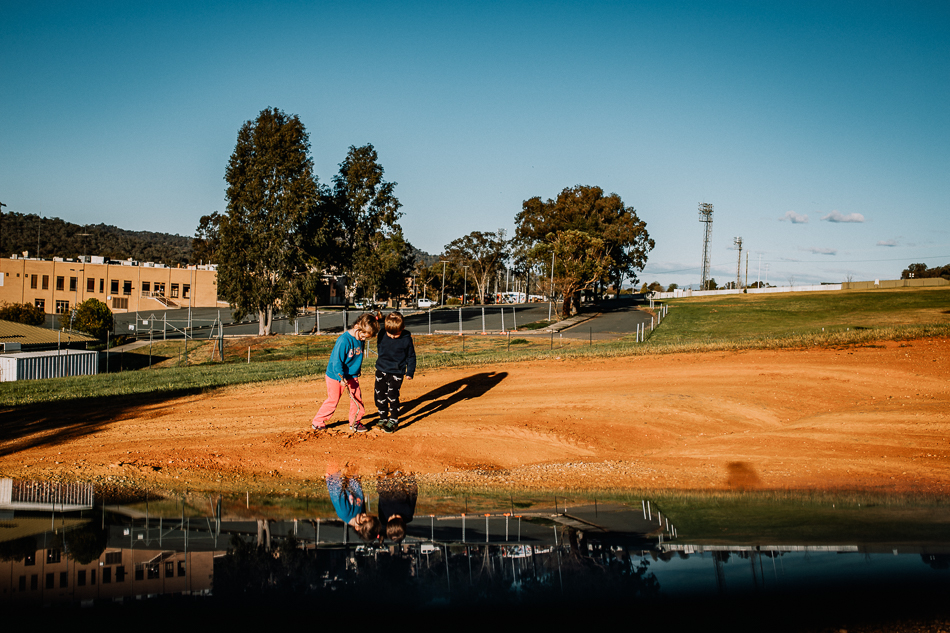 Week 40 - A rare moment of Zee and her Cousin T actually getting along! 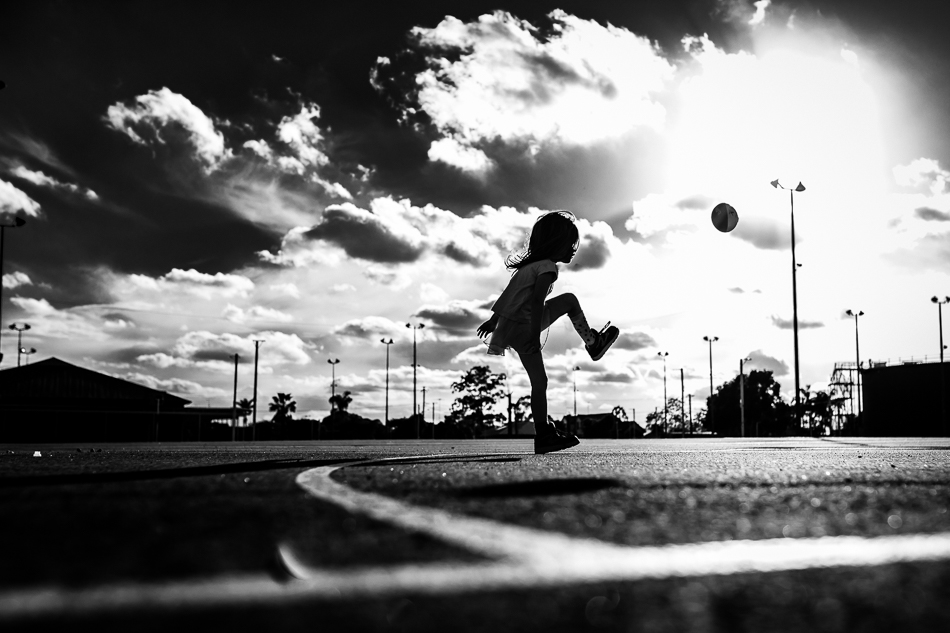 Week 41 - This image depicts a girl who has worked so hard to try and perfect the drop-kick. She didn't think she'd be able to ever do it, but now she's a 5-year-old pro! 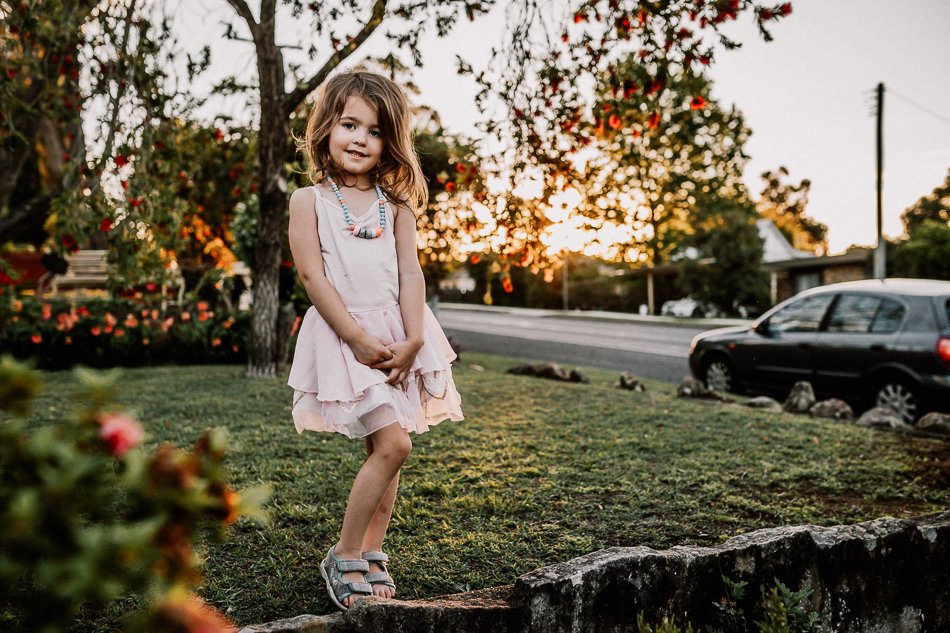 Week 42 - I can always count on this girl to whip out a quick pose for me! 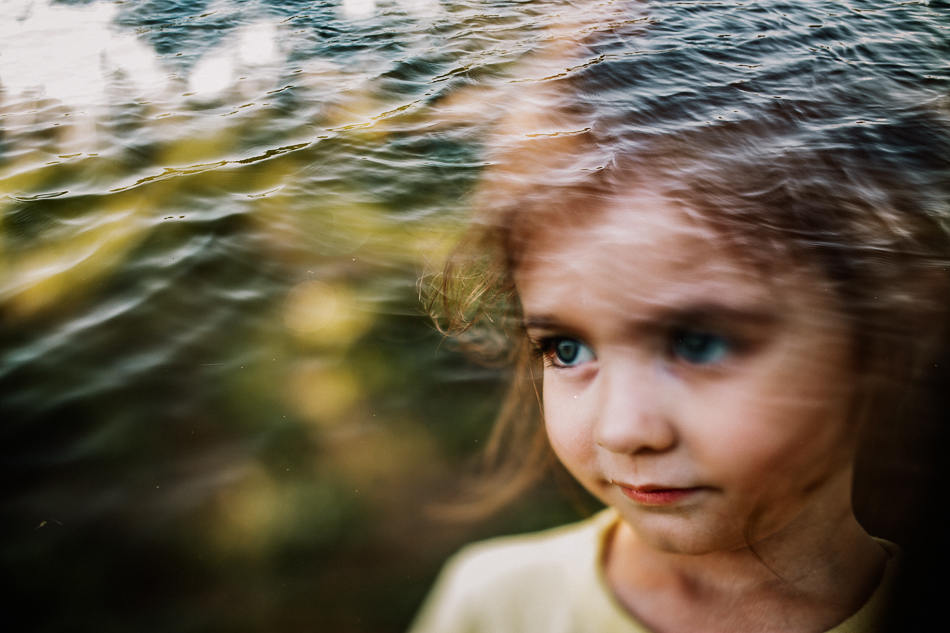 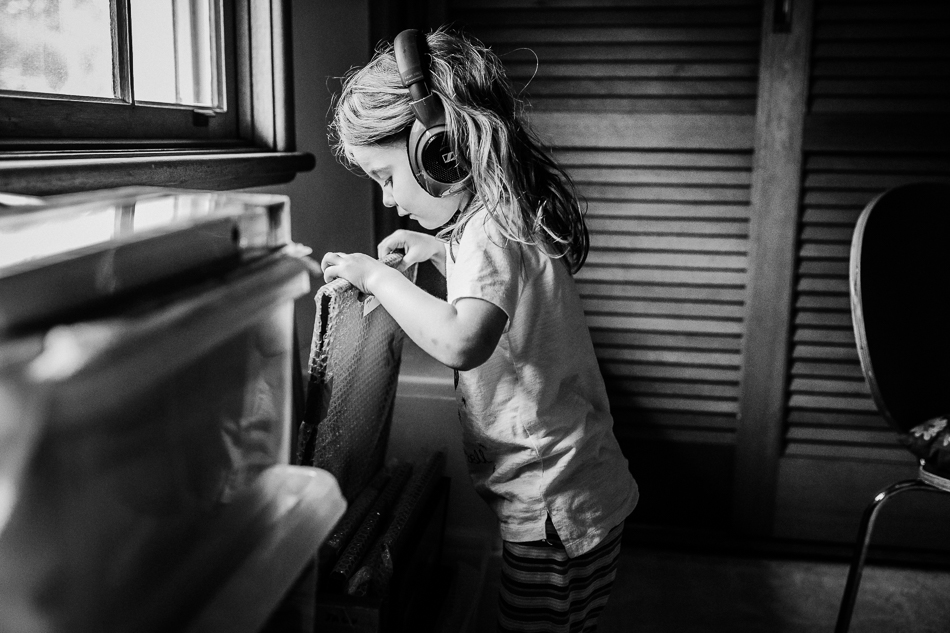 Week 44 - It looks like she's about to spin some tunes on the decks, but in reality the headphones aren't connected to anything and she's actually looking through a crate of bubble-wrapped photo frames rather than records. Doesn't matter, she still looks cool anyway!

Have you got your Christmas shopping done yet? Does Santa get the good presents or the little ones in your house?