It's time {for another Tosser Trophy} | Laughs 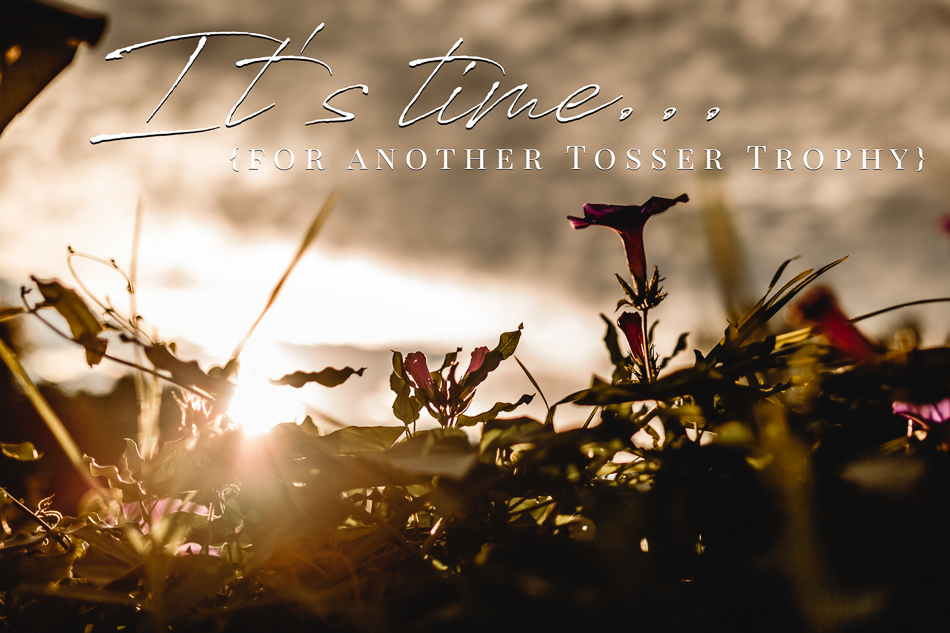 What a week it's been for Tossers. Actually, considering how long it has been since I last awarded a Tosser Trophy (2 years 8 months to be more exact) it's been quite the time. I feel like there are at least 20 blog posts I could write to hand out Tosser Trophys to the many people who have surely earned them since September 2014. But honestly, I think I'm coming down with a cold so I'll content myself with just handing out 3 this week. I'm sure you'll all join with me in giving these people your best half-hearted golf claps.


I would dearly love to know what advertising agency works with these political parties and avoid them like the plague. How many times can they get it so wrong? Anyone with half a brain could have taken one quick glance at the Labor party's latest ad campaign and realised that talking about keeping jobs for Australians, and then only featuring white Australians in the ad was a big, BIG mistake!

When asked about the all-too-obvious white-washing his response was this...


"Mr Shorten told reporters in Canberra he did not believe the ad was racist, but would seek a review of it.
"I am not in the business of making ads," Mr Shorten said."


Dude, you don't need to be in the business of making ads to know that your ad doesn't even come close to representing the true make-up of the Australian people. In fact, any 5 year-old could tell you. There really is no excuse for this one, and all I can say is Do Better. Tosser.


While I would never wish for someone to die, to say the news that came out of Buckingham Palace last week was anti-climactic is an understatement! To be fair though, it's not really their fault that the internet went in to free-fall when news of an early morning, all-staff meeting was called went public. It's not their fault that the world we live in loves nothing but endless speculation about things that are so unimportant. Really, I should probably be awarding this Tosser Trophy to Twitter.

Still, it's pretty rough to call that kind of staff meeting at that time of the morning to say nothing more than "hey, I think I might retire today". I mean really? That couldn't have waited until a more civilised time? Talk about terrible working conditions.

The speculation did provide some truly entertaining reading on twitter and for that I am thankful. My favourite tweet was most definitely this one... 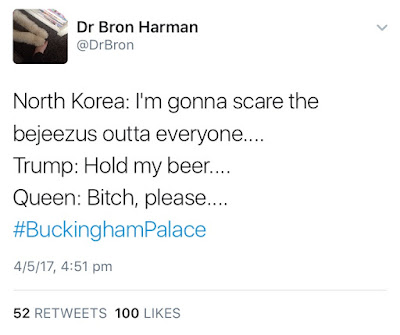 Seriously though, Phil, the next time you call a meeting like that you better be coming with something more exciting than retirement!

Bonus Tosser Trophy goes to the person that has passed on their cold to me. I don't know who you are, but I hope you've had to take out stocks in Kleenex!

Who would you award a Tosser Trophy to this week? Go on and get it off your chest in the comments, it feels goooood!