Tonight is gonna be a good night. The Walking Dead returns after a stupid break in the middle of the season!

I've mentioned before my love of The Walking Dead, a show about zombies, something that I've never been a fan of before. But the reason I love it is because its about so much more than zombies. It's about survivors. It's about good vs evil. And the zombies aren't the evil ones. 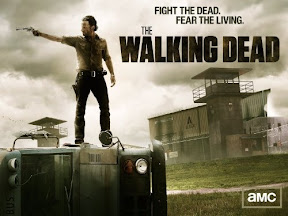 The zombie apocalypse is really just an excuse to explore universal themes of human nature and existence and I love it, I really do. Even if you're not a fan of 'zombies' you should really give this show a look in.

In a total contrast to The Walking Dead, I've also been watching the cooking shows currently on, My Kitchen Rules and Masterchef Professionals. I've never watched My Kitchen Rules before. I've watched Masterchef since the beginning and the only one's I've missed are the kid one and the celebrity one.

I'm not afraid to admit that I don't like cooking. I'm not a natural in the kitchen and I avoid cooking at all costs. So it's kinda bizarre that I love watching cooking shows so much, as the two I've mentioned are not the only ones I watch!

My Kitchen Rules doesn't really seem like a cooking show to me. The cooking is kind of a secondary element to a lot of bitching and scheming and I kinda like it. It's way more about the personalities with a bit of food thrown in and I do find that interesting.

The two Indian chicks got a lot of shit but they made it interesting and it really was a piece of genius casting on behalf of channel 7. 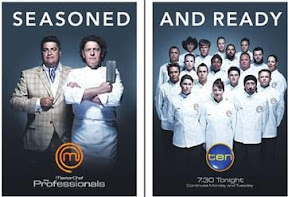 Masterchef really should be renamed Who Cries, Wins because it seems that even the professionals need to have some kind of sob story or hardship as a prerequisite to making it on the show.

Thank God for IQ is all I can say, when it comes to watching these shows. I don't watch much 'live' anymore, I will even do some housework while a show starts so I can come to it half an hour after its started so I can fast forward not just the ads but the tears and endless bloody re-caps.

What is it with these shows and giving me a re-cap of everything I've just watched!?!? Drives me nuts!

I don't watch a lot of reality tv, and the stuff I do watch is more comp-based, MKR & MC, Survivor, or shows like One Born Every Minute. Man I love that show. There was an American version of the English show and it was terrible. Where you really got the feeling that the British midwives were passionate about their jobs, saw it as a calling, and were very realistic about birth and that it was first and foremost a natural thing that required 'medicalising' only when necessary, the US version portrayed birth as something that needed to be medically managed and that wasn't a natural thing. I don't want to get in to my philosophies on birth, that's for another post, but I much preferred the British One Born Every Minute hands down. 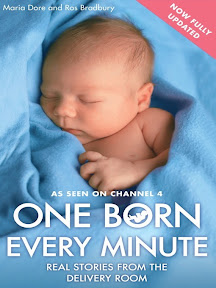 I'm not in to the celebrity reality shows, can't stand the Kardashians and the Housewives and that lot, but I can certainly understand be appeal of watching trashy tv as a way to just switch off for a bit. That's why I watch MKR and MC.

So anyway, have I mentioned that I can't wait for The Walking Dead tonight? Are there any shows you've been waiting patiently to come back after the 'non-ratings period'? Are you a fan of 'reality' TV? My sisters tell me I should watch Revenge but it strikes me as one of those shows I should just wait for on DVD. I wish Offspring would hurry up and come back, I need a Patrick fix!

Linking up as always on a Tuesday with the awesome Essentially Jess for IBOT!
- Posted using BlogPress from my iPad

Kylie Purtell said…
I just wrote my IBOG post about MKR too! I love reality TV, very fond of makeover shows ( both human and house makeovers ) and I'm strangely addicted to ' Swamp People '. As for scripted TV I'm soooooo glad ' Revenge ' is back, hanging out for season 3 of 'Homeland', and because I don't have pay TV I've just started watching ' Game of Thrones ' on DVD.... but only because I've finished reading the first book!
12 February 2013 at 07:47

Kylie Purtell said…
Some crazy SEO words in here, let me know how your hits go on this post! Lol.
I still haven't watched any of The Walking Dead, but I've been catching MKR. The Masterchef obsession has died for me though. I prefer the ridiculously dramatic - Revenge, Private Practice, Greys Anatomy.
LMAO I just realised that first comment says IBOG. IBOG! Hilarious.
12 February 2013 at 08:36

Kylie Purtell said…
I only watched S1 of Walking Dead so I really should get started on S2. I really like watching Masterchef, both Aussie and US versions. Hell Kitchn is more entertaining than emotional engaging though with all thr shouting and backstabbing haha. I actually watch a lot of HK and Korean dramas at night and there's a really hilarious one on at 9pm weekday nights.

Kylie Purtell said…
Love a good zombie series, will check out Walking Dead. I'm afraid I am totally sucked into MKR. My partner hates it but a school friend of his is in it so now he watches without complaining.
12 February 2013 at 09:58

Kylie Purtell said…
I don't really watch much tv at all, night time is really my only blogging and computer time so TV misses out
12 February 2013 at 12:39

Kylie Purtell said…
For an ex-TV producer I am a terrible TV show watcher. Dolove watching TV but the evenings are full of teens and twins and it's hard to sit down. BUT I am watching the BBC drama 'The Hour' in my iPad mind you. BUT again... will be watching the show on Thursday about making couples happy on ABC, sounds interesting!
12 February 2013 at 12:59

Kylie Purtell said…
I switch off with my trash TV - I love anything that ends in Shore, has a Kardashian and honestly all of Australia needs a Patrick fix!
12 February 2013 at 18:37

Kylie Purtell said…
So how many seasons has the Walking Dead been going for? I love Revenge but I DL it so don't have to wait, I hate advert, reality shows and having to wait a week for the next installment! I hope you and babes are feeling well!
12 February 2013 at 20:43

Kylie Purtell said…
I often think of 'Trashy TV' as my meditation time. I haven't watched The Walking Dead, though I do like the birthing shows like 'One Born Every Minute' (especially when I'm pregnant). I agree with your sentiments about IQ. Might have to record some of MKR. P.S.- How was your bloggers get-together? It looked lie fun- No seriously, I want the scoop.... email me ;)
12 February 2013 at 21:20

Kylie Purtell said…
I used to be a huge fan of Survivor, but haven't watched it for ages.
I loved Buffy and Angel for the same reasons you love The Walking Dead. I'll have to check it out.
12 February 2013 at 21:53

Kylie Purtell said…
Since having kids, I've barely watched live TV anymore. My munchkins have always been late sleepers which compounds the issue. Hubby and I used to religiously watch so much together but we've culled. The main non-negotiably is Doctor Who. Most things are now from DVD/Blu-ray, online TV or downloads. I've mostly ended up watching ABC iView as a result. I never watched ABC as much before in my life!
13 February 2013 at 00:02

Kylie Purtell said…
I never watched The Walking Death but I heard from many that it is really good. I need to check it out.
13 February 2013 at 17:38

Kylie Purtell said…
There is a new season of Survivor starting tonight on GO, I can't wait, I've got it all set to record. You should def check out Walking Dead, you'd like it I think.
14 February 2013 at 18:09

Kylie Purtell said…
I must say I was so annoyed when the last season of One Born finished but them I discovered SBS are replaying the first season on a Friday afternoon and I haven't seen them all so I've been loving that!

Kylie Purtell said…
I must admit I do hate waiting each week for the new ep but we don't have enough Internet allowance to DL :( there has been 3 and a half seasons of Walking Dead now
14 February 2013 at 18:12

Kylie Purtell said…
Damn straight, Australia would be a better place if we would hurry up and get a Patrick fix!
14 February 2013 at 18:12

Kylie Purtell said…
There have definitely been times when I've had to choose between blogging and tv. If it wasn't for IQ on the foxtel I don't know if I could do both, it's the main reason we keep the foxtel!
14 February 2013 at 18:16

Kylie Purtell said…
It's weird how much I like Masterchef. I always wanna watch Hells Kitchen but forget so I think I'm gonna have to make an effort to see it.
14 February 2013 at 18:18

Kylie Purtell said…
I think you would like Walking Dead, def one to get on DVD. Speaking if whih, what is the last season of Gossip girl you've watched, ill see if E got any more. I'm not sure though as I think she started to download it.
14 February 2013 at 18:19

Kylie Purtell said…
I really wanna see Game of Thrones an Homeland but I keep missin the first ep when they replay homeland on foxtel and Game of Thrones is in Showcase which we don't get. Might have to get some DVDs I think.
14 February 2013 at 18:20