This is the fourth guest post from other bloggers about their memories of being a new Mum. If you would like to write a post for this series let me know in the comments or send me an email to kylie(@)kyliepurtell(dot)com

This story comes to us from the lovely Sophie, who blogs over at i-Sophie. Sophie has 4 sons and an American husband, and she is obsessed with all things Pokemon (which you pick up pretty quickly from the nicknames she gives the boys in her life!). Sophie has shared a fantastic story today, one I'm sure all parents can relate to. And Sophie, I have to agree, I remember that stinging pain from being stitched up and for me it was worse than the birth!

It was a 43 degree Valentine's Day in Broken Hill the day our first son was born.  He was a few days early, but considering it was February and we had been suffering through 40 degree humid days my body was just over the whole extra 10 kilos business.

It was so hot and sticky that day, all I could do was lay on the lounge, with a damp towel draped over my entire body hoping for some relief from the heat.  I had just watched a 'chick flick' and had gotten up to use the toilet for the hundredth billion time that day.  Suddenly I felt extra moisture running down my legs,
and at first it was difficult to differentiate between streams of sweat and my water's breaking!  I told Coder and even though I was cool, calm and collected he wanted to be the one to make the call to my parents.  As we didn't own our own car at the time, they were coming to pick us up to take us to the hospital.

I rang the midwives, they told me to take a shower and mosey on up.  No rush, they assumed, being my first baby, that I was probably a) in false labour and/or b) it would be hours, if not days before something happened. 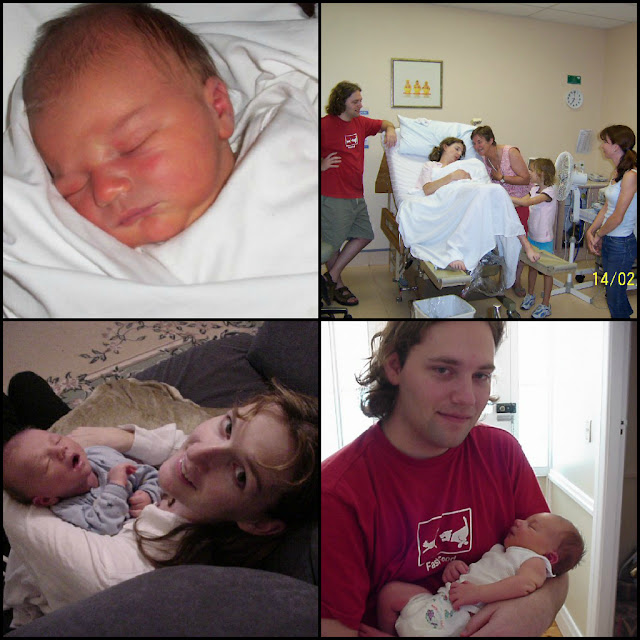 I started to have a few contractions, only 4 or 5 before getting into the car, and having another on the way to hospital, then on the walk in... and so on and so forth until they got me into the examine room to 'check'  things.  Low and behold, I was already 6/7 cms dilated!   It had only been probably 30mins since the water breaking at that stage.  They were very surprised, and I was very happy I didn't take their laid back reaction to heart, and mosey'd around before having a baby on my loungeroom floor!

They offered pain relief, I said no.  I didn't want to be a sook, it would get worse yet, right? I would wait.   I didn't have to wait long, there was no time, Baby wanted out, and out now!  The pain didn't get much worse, just closer together, so not many breaks from the intensity.  And suddenly I was pushing!  I remember in between pushing contractions I would just lay back into 'zen' mode, which got many comments from the midwives and my sister who was there with Coder for support.  I was a silent mostly, though pretty sure there was some grunting at the end.

Baby was born just 3 hours after my water broke, all natural.  At 9 lb 9 ounces, he certainly was a bonnie boy!  His shoulders had come out squarely and not offset, which resulted in some tearing, which resulted in stitches  Ouch.  I remember that stinging pain of the needle more then the birth!

Fittingly for Valentine's Day, though extremely weird, the placenta was heart shaped, so much so, that it became a spectacle for the other midwives and students that day.

After the birth, I felt faint.  No wonder I suppose, it had been a relatively fast birth (for a first baby) and we had been through such a hot summer.  Plus he was huge and I was tiny at 45kgs (pre pregnancy), my body was just in a wee bit of shock.  They wheeled me in a wheel chair, in which I fainted in... to the alarm of the nurses who were trying to hold me up and get me to the room quickly to assess me.   Coder, who was trying to eat his McDonalds at the time, had to come out to the rescue.

The next day, after fainting again, they put me on IV fluids.  I was ok, it was all just the shock of it all... or something.  I am a fainter in general, having fainted during my school years often.

During those first few days, a training Paediatrician discovered the baby had a murmur, as all babies do as their hearts adjust to their new responsibilities.  But instead of asking his superiors for advice, he sent us off for an ECG.  Bizarre.   Everything was fine. 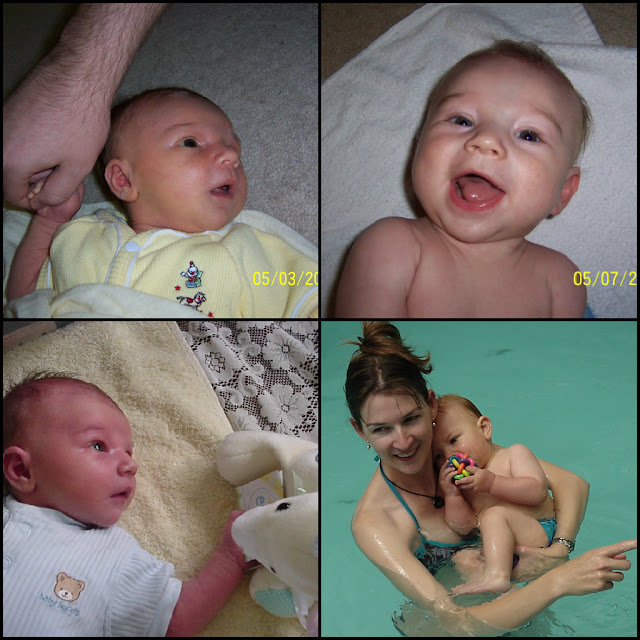 That was nothing compared to the shock we were about to receive after taking the baby home.  Our first night as a family was one of utter shock and terror, with less then an hour sleep thrown in for good measure.

Baby was feeding hourly, and basically never sleeping in between!

There was pacing, rocking, singing and hushing.  There was exasperation, there was much second guessing, self doubt and then the realisation, "What the hell have we done!? We are -never- going to sleep again".

Everything seems worse at night? Nope, pretty much I felt the same way when the sun came up.  I would say, when I woke up, but seeing as I was up all night...

After a few nights, we did manage to get him to sleep in his cot.

But his day naps were a nightmare.  He wouldn't sleep in the cot, he wouldn't sleep for more then 30 minutes, and he wouldn't even stay asleep that 30mins unless someone was holding him.   Didn't have to be Mummy, he couldn't have cared less if it was the homeless man at the Plaza, just as long as he was being held.

I teetered on the edge of the Post Natal Depression for awhile there, I wasn't eating properly, I would just cry over nothing.  My family noticed and was able to pull me back out, cooking meals, and making sure I ate.  And many many hours of support, like baby holding, taking the baby to family gatherings with Coder while I stayed home to sleep (meeting them later for his feed).  My sister would come over at night and after his bed time feed I would hand him over and go to sleep.  She would settle him before going home.

We invested in a baby hammock and after several sessions of progressively less crying each time, he finally would nap in it.  But still not for very long, I used to sneak in just before the 30 minute mark and gently start to bob it up and down to coax him into sleeping for another session.

At 7 months he started to nap for an hour and a half straight, with no bobbing.  Yay!

We have gone on to have 3 more boys, so the experience didn't put us off for long, as we quickly adjusted to the new way of life with little sleep and all that comes with parenting.  And we love it! 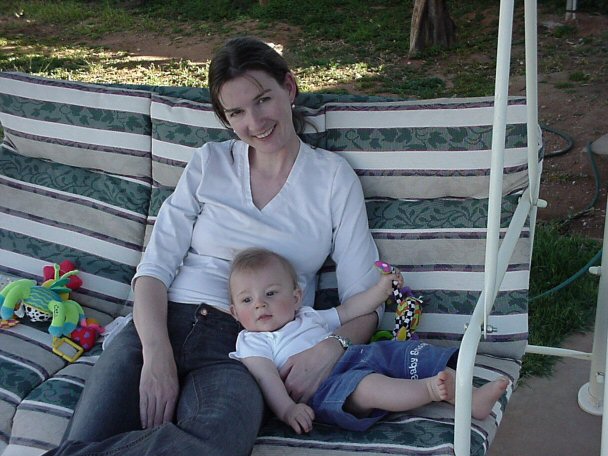 You can find Sophie blogging about the adventures of her family, and posting the most beautiful photography over here at her blog i-Sophie. You can also find Sophie on Facebook here, Twitter here, and on Goggle Plus over here.

Amy xxoo said…
I had one of those terrible sleepers the first time round too - and now I have my second and she is an angel in comparison!
26 November 2012 at 06:54

Unknown said…
I am so glad it didn't turn me off having more. Though none of the 4 have been great sleepers, they were all much better then him.
26 November 2012 at 12:46

Anonymous said…
Thats one experience that I never had. I was sooo lucky to have two babies which were both amazing sleepers. My daughter was sleeping for a straight 8 hours when she was 2 weeks old. I'm so grateful because I could not survive without my sleep. My hat goes off to you though for your sheer strength and ability to overcome it; and having another two- you deserve an award. He is so beautiful though and I'm sure whenever you looked at him it made it that much easier. Good work!!
26 November 2012 at 22:05