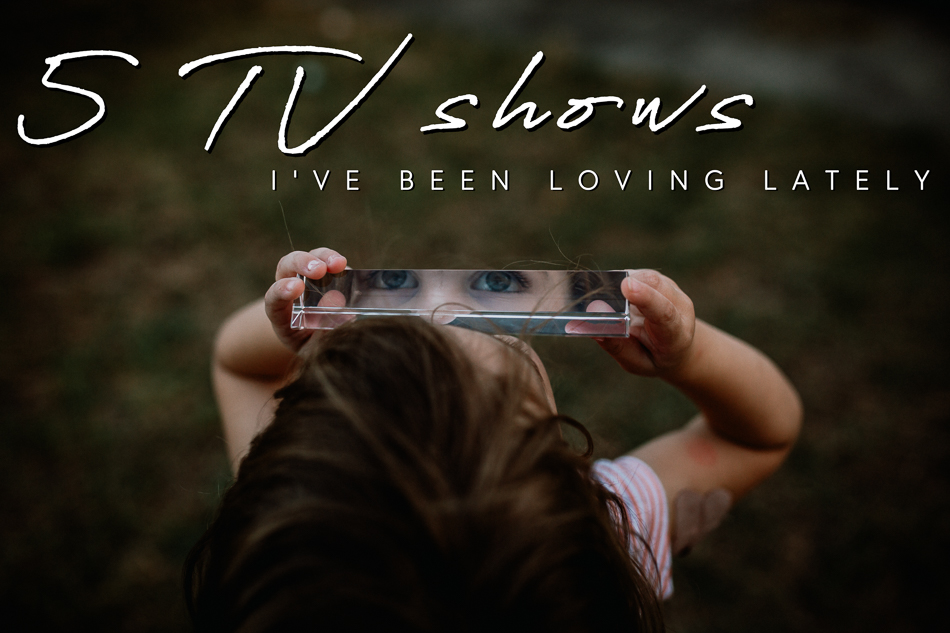 I'll admit it... one of my favourite pastimes is watching TV. There is nothing I like better than sitting on the lounge once the girls are in bed and watching a great show. Or trash. There's nothing wrong with watching trash sometimes (cough, cough, MKR, cough, cough). These days we are spoiled for choice in how we access & consume TV, it really is a golden age for TV lovers.

Having said that, sometimes there is almost too much choice, and I'm sure we've been in that place where we finish one show, and then we sit down to find something new to watch and spend more time looking through all of the options than actually watching anything!


In our house, we have both Netflix and Foxtel. This gives us plenty of options for finding news shows to watch. Sometimes it's hard to find something that both Dave and I enjoy watching so when we do find something it's always a happy day! I personally like a wide range of different shows, I'll watch anything from comedy to action, to drama & thrillers, I love me a little bit of sci-fi & fantasy and I'm not above watching something that really isn't "critically" great but is fun and a bit of escape all the same. Oh, and cooking shows, I have a weird obsession with cooking shows, both competition based and instructional!

Anyway, enough about my wide & varied tastes here's 5 shows that I've been particularly enjoying over the last few months... 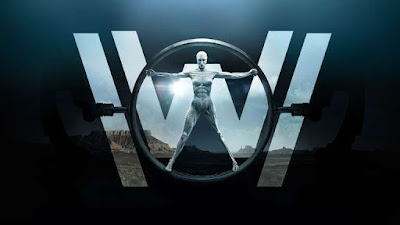 Westworld
I'd heard about this show quite a bit, but it wasn't until Christmas that we discovered it was available via Foxtel's On Demand section and started watching. Oh my! It was sooooo good. It's one of the first shows I've been totally invested in and couldn't wait to watch another episode of since Game of Thrones or the early days of The Walking Dead.

It's set in an alternate future, where rich people spend their money & holidays in a world based around the Wild West of old. It's a totally immersive world where they can live out their ultimate fantasies and desires without any of the consequences of the "real" world because the people who live within Westworld are unaware that they are in fact androids (sophisticated life-like robots). Or are they unaware?

The show deals with some pretty complex themes around morality and what makes us "human", and while it's pretty violent and graphic (can you have a show that's part western that isn't violent?) it's absolutely fascinating watching. Also, the locations are AMAZING!!! I can't wait for season 2 to start in April.

Watch if you like sci-fi/alternate reality/dystopian fiction or shows that leave you hanging and what to find out more at the end of every episode. 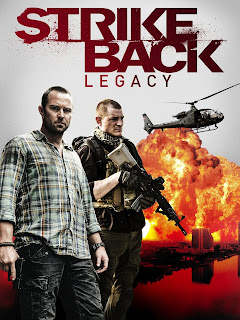 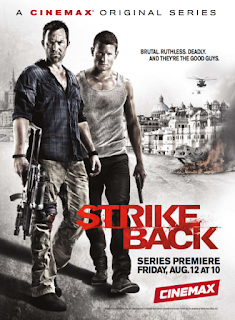 Strike Back
This is a show I came across by accident. While watching The Great Australian Bake-Off (I have a serious crush on Maggie Beer, just quietly) I wasn't quick enough with the remote to fast-forward through the ads and there was an ad for the sixth season of this British spy show touting Aussie Daniel MacPherson as being new to the show. I've always had a soft-spot for Daniel MacPherson and it sounded interesting so I looked it up and discovered there were now 6 seasons of the show so I decided to give it a go.

The first season only has 6 episodes and it looks really old-school (it was made in 2010). It also has Andrew Lincoln (Rick from The Walking Dead). I found it quite interesting, with the show based around a special forces soldier, John Porter, who is dishonourably discharged from the Army after an operation he is involved with just before the Iraq War starts goes horribly wrong and results in the deaths of almost everyone in his team.

This former special forces soldier ends up working for MI6 (British intelligence agency) when a British journalist is kidnapped by someone involved in the events that led to his downfall. After the first season, they give it a reboot with two new leads and a lot more sex and it was this re-booted second season and one of the new leads who really got me hooked. I'm quite partial to a British accent and to Aussie actor Sullivan Stapelton so I enjoyed it quite a bit. It's easy to watch and I felt like it didn't take itself too seriously. A lot of the action they get up to is typical, fantastic, physics-defying action-movie fare, but the relationship between the two main soldiers, Scott & Stonebridge is well-played and they have a great onscreen relationship.

Blindspot
It was watching Strike Back that led me to watch Blindspot. Why? Because the lead in Blindspot is none other than my favourite actor from Strike Back, Sullivan Stapelton. Now he might not be everyone's cup of tea, but there is something about him that I like and I pretty much just wanted to watch something else with him in it so I could continue my ogling.

I had been mildly interested in watching Blindspot from previews I'd seen, but of course, I missed it when it first started and it's not the kind of show you can just start watching from anywhere. If you don't know, the story focuses around Jane Doe and FBI agent Kurt Weller (Stapleton). In the opening of the very first episode of the show, Jane Doe emerges naked from a duffel bag left lying in Times Square. Agent Weller is called in because Jane Doe is covered head to toe in mysterious tattoos, the largest of which is Kurt's name on her back. She's also suffering from drug-induced amnesia and has no idea who she is.

To be honest I'm not surprised I've found myself quite hooked on this show because it has shades of Alias, one of my all-time favourite TV shows, and I'm enjoying the mystery of Jane's tattoos and their race to solve them. I'm about half-way through the first season, and I only hope it can keep it up and it doesn't get too ridiculous. If nothing else, I am most enjoying watching Stapleton do his thing (and smile, I really like his smile, crooked teeth and all).

Watch if you enjoy mysteries & puzzles and government conspiracies & spies. 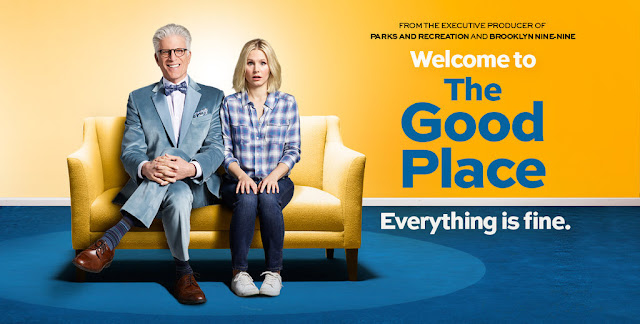 The Good Place
The only comedy on this list and the lightest show of them all (although to be fair, Strike Back does try to infuse some humour into each episode) this was one that Dave and I both really enjoyed and we are now hanging for the next season. We binge-watched this way too fast!

All of the characters are great and I love its humorous exploration of ethics, morality and the discussion around what exactly makes a person good. Plus Kristen Bell is THE BEST in everything she does and I would literally watch her fold laundry because she could make even that entertaining!

Watch if you like quirky comedy with quirky characters or Kristen Bell. 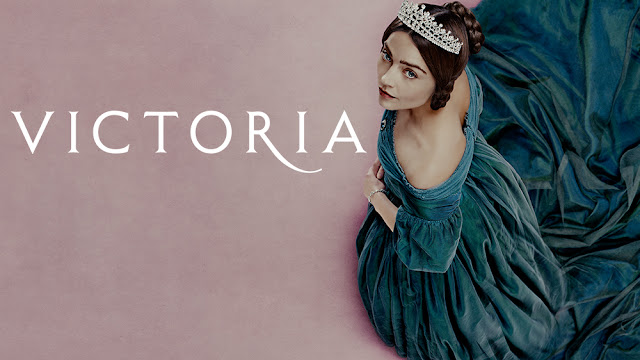 Victoria
Victoria is based on the life of Queen Victoria, who was known for being the longest-reigning British monarch until the current Queen overtook her back in 2015. I must admit I didn't know a great deal about Queen Victoria prior to watching the first two seasons of this show (because of course, I couldn't help googling "spoilers") but she was a really fascinating woman and the era of her reign was a particularly interesting one in history.

At first I wasn't overly keen because I had just finished watching The Crown (which is brilliant) and it felt like a poor man's version, but as the show went on I found myself a little enchanted by Victoria, and especially Albert when he was introduced. One thing I don't get about the show is the way it tries to include a little Downton Abby-esque upstairs/downstairs storylines because to be totally honest, I just don't give a crap about the servants at all, but I believe they are there to illustrate what life was like for the "common" people during the Victorian Era and to provide a convenient way to introduce certain themes more easily so I can overlook it, mostly.

Watch if you like The Crown & Downton Abbey and other period-era shows.

So tell me, what have you been watching lately? What should I watch next?