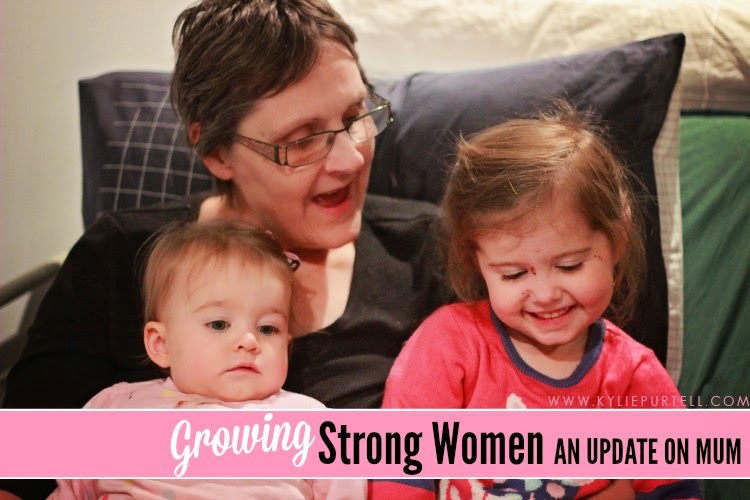 As many of you know, my Mum suffered a serious work injury at the end of May. It's been just over 3 months since the accident and a lot has happened. For those that haven't heard, she broke her back in three places (including shattering one vertebra), as well as breaking both the major bones in one ankle, and shattering the other foot.

She spent 5 days in the ICU and underwent 2 surgeries to repair the worst damage, which involved having her back anchored with rods, and metal plates and wiring in her feet. After the surgeries she spent a month in hospital, waiting to find out the next step in her recovery process.

After that first month the insurance company that is handling all of the Work Cover hooha organised to have all of the equipment she would need to be able to move home. Because of the damage to her feet and back, she needed to spend at least another 4 to 6 weeks doing basically nothing. Because my Mum's house is a split level, and she was unable to navigate stairs, we got the downstairs 'man cave' converted in to a makeshift hospital room, complete with electric hospital bed, wheelchair and commode.

We tried to make it as comfortable for her as possible, and got the TV set up, and kept her in a steady supply of books and DVDs. As you can imagine, spending the better part of 3 months in bed is not much fun, even for the biggest of bookworms and TV addicts, and it hasn't been easy for her. 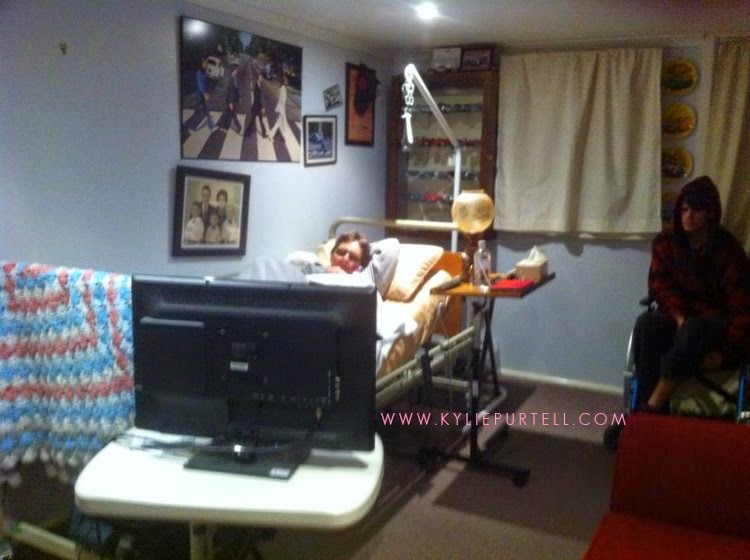 About a month ago there was a little setback when she developed a blood clot that travelled to her lung, and she spent a few nights in hospital being treated with blood thinners to try and break it up and avoid anything more serious developing.

She met with the neurosurgeon who performed her back operation, and unfortunately it appears that one of her fractured vertebra, the L5, hasn't healed as well as she would like. She's been given another month to see if it can heal well enough to avoid a second surgery. She can only lie completely flat, or sit upright, while wearing a back brace.

While it's not the news she was hoping for, and has meant that intensive physio has to wait even longer, we're all praying and wishing and hoping really hard that one more month will see her back finally start to heal and get to a point where she can really get stuck in to the business of learning to walk properly again and living life.

Throughout it all Mum has done an amazing job of staying positive. There have been some tough days, and days when I know it's all been a bit too much for her. But if I know my Mum, I know she won't let anything stop her from recovering fully. She is chomping at the bit and desperate to get back to work, and she is hoping that soon she'll be able to be set up with a laptop so she can start doing some work from home!

She's a gutsy woman my Mum and when she sets her mind to something there is no stopping her. 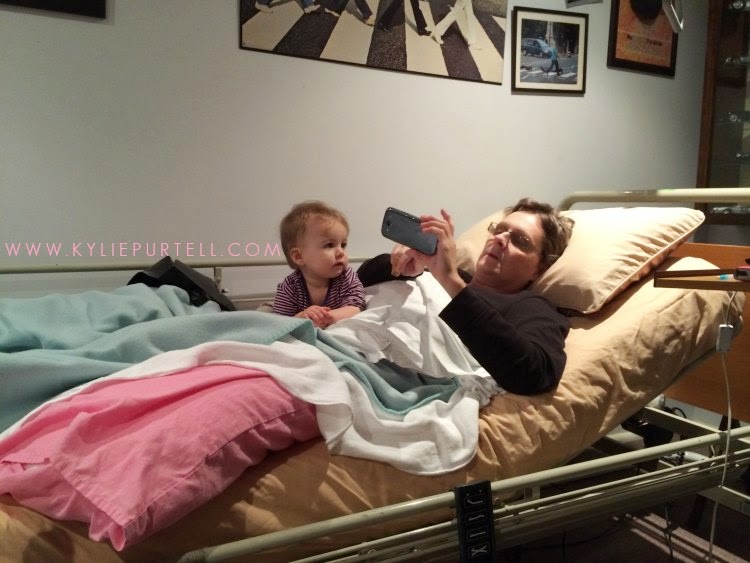 Sadly, one of my Mum's good friends passed away a few weeks ago, and Mum was determined to be at her funeral to farewell her. Not only did Mum get to the funeral, she also played guitar and led the music and singing during the service.

For someone who less than 2 weeks earlier had been in hospital for a blood clot in the lung, she was amazing! If you didn't know Mum, and what she had been through, you would have had no idea, other than the wheelchair, that she had come so close to dying 2 months before.

Mum has been such an inspiration to me, ever since I grew out of my angsty teenage/early 20s Princess Bitch-Face stage and realised she was a flawed human, but a brilliant one nonetheless. Hearing her sing at that service was just another reminder of how blessed I am to say she's my Mother. I know she would be so embarrassed by me saying that, and making a big fuss about it, but it's true.

Mum is testament to the power of prayer and what one can do when they really put their mind to it. For the rest of my days I will think of Mum during this time and be reminded that nothing is impossible.

From this experience, I've learnt that my Mum is pretty much the most amazing lady I know. Despite what has been probably one of the toughest times of her life, she has rallied and pulled through. She hasn't allowed the setback to dampen her will to move forward, and she has fought off that blasted black dog like a champion. 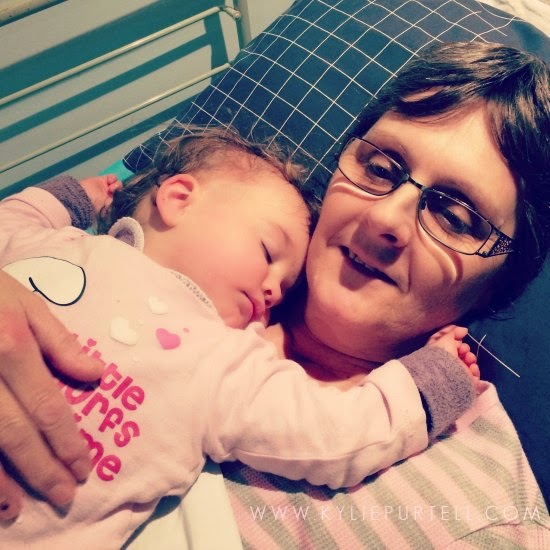 I am so thankful that my girls have been blessed with such an amazing woman for a Grandmother. I am surrounded by strong women who never give up, my Mum, my Mother-in-Law, my step-Mum, my sisters, sisters-in-law, Aunts, cousins and great grandmothers. These woman have made me who I am today, and I am so thankful that they will be the ones who will help shape my daughters in to strong women of the future.

What are you thankful for today?

Goodbye Winter // Photography
Reading Writes {Chapter One} What have I been reading lately? // Reading
Linky Lovin' Friday {29th August 2014}
What does Carl say about you? {Jung Typology Test}
Stepping Out: Do you wanna have your photo taken?
Reading Writes {a new monthly link-up for book nerds and other readerly types}
Worst Money Mistakes to Make {#SP}

Kylie Purtell said…
She certainly is an amazing woman, no wonder you are so proud of her! Wishing her well and hoping that this next month sees the improvement you hope for in her back to help her on her road to recovery.
4 September 2014 at 00:32

Kylie Purtell said…
It is amazing to read your mothers experiences. There is so much there to deal with. It all demonstrates the strange of character and will she has.

What is most beautiful to read though, is your conclusion. "These woman have made me who I am today, and I am so thankful that they will be the ones who will help shape my daughters in to strong women of the future." This shows that you too are an amazing women, able to look to the next generation whilst learning from the last.

Thank you so much for sharing this lesson with #thankfulthursday. xS
4 September 2014 at 16:35

Kylie Purtell said…
This gave me goosebumps, I am so glad that your mum is making progress with her recovery, and I'll be praying that the next review in a month shows she's able to move forward with physio and avoid the second op.
7 September 2014 at 20:35