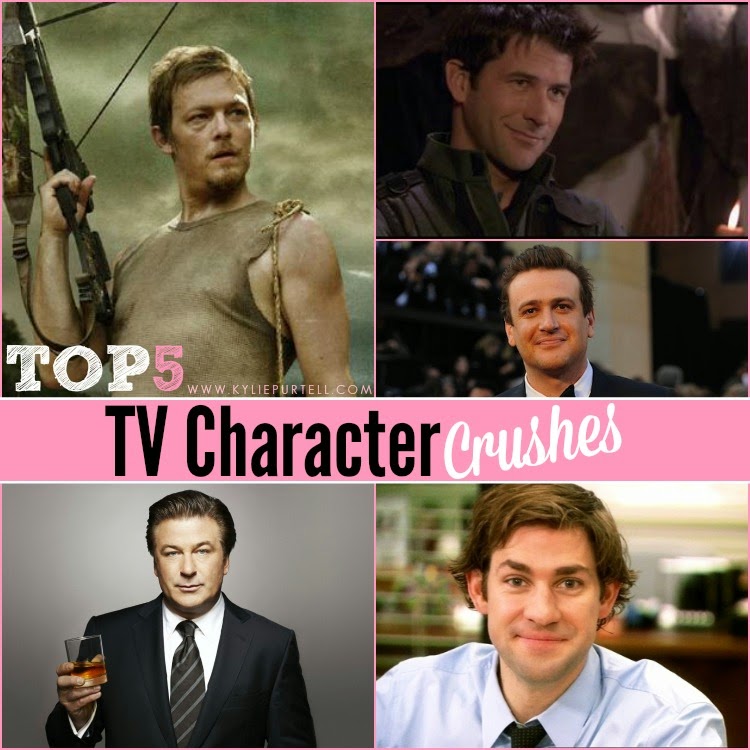 If you know me at all then you know I love my TV. Don't get me wrong, it's not like I spend hours a day watching it, in fact there there are some days I don't go anywhere near the lounge, let alone the TV remote. But when I do get the chance I love nothing more than to kick back with my pencils and colouring books and watch some good TV.

The other day on Facebook, Hugzilla was able to name her top 3 Hollywood Hotties she would have in her harem in about a fraction of a second (it might have even been faster), and I realised, I couldn't name my Top 3 without a lot of thinking. A lot. It was last week and I still haven't come up with my answer!

However if you ask me who my Top male TV characters are I can name those quicksmart. So when I saw that the theme for The Lounge this week was television, I knew that it was time for another Top 5, this one featuring my favourite TV character guys. I've listed them below, the numbers are only for the purpose of identifying that there are in fact 5 on the list, as there is no way I could rank these guys in order, that's just too hard! 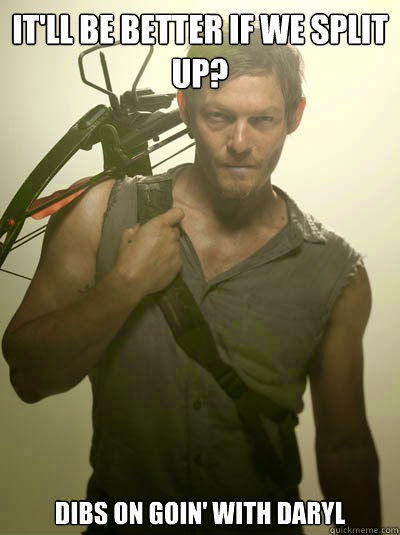 1. Darryl from The Walking Dead.

Me oh my, I just love me a bit of Darryl. Dark, brooding, ace with a crossbow, he's the guy you want to be with when the zombie apocalypse strikes. You know any man that rides around on a big-arse, loud as hell motorbike while surrounded by noise-sensitive zombies is as kickass as they come. Seriously. Despite his tough exterior and minimal word count, as the seasons have gone on we've seen glimpses of the man underneath, and let me tell ya, I like what I see!

Darryl, you can aim your crossbow at me anytime! 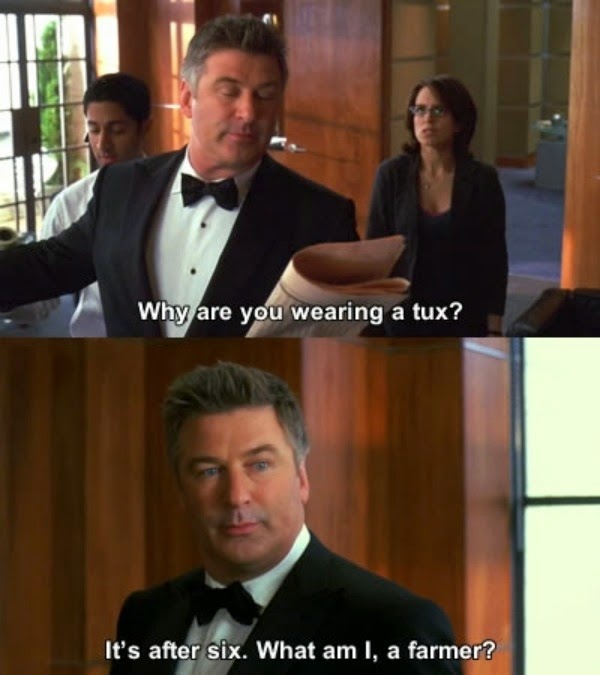 Jack is the ultimate smooth-talker and mentor extraordinare. If you've never watched 30 Rock then I'm sorry, we can't be friends. Ok, maybe we can, but I will hound you until you until you relent and watch every episode back-to-back. Jack has an answer for everything and knows exactly what he wants. It also helps that the actor who plays him is fairly easy on the eye (a total Baldwin one might say if this was 1995 and I was in Clueless!). Seriously, if you haven't watched 30 Rock and seem the awesomeness that is Jack Donaghy in action then there is nothing I can do for you. 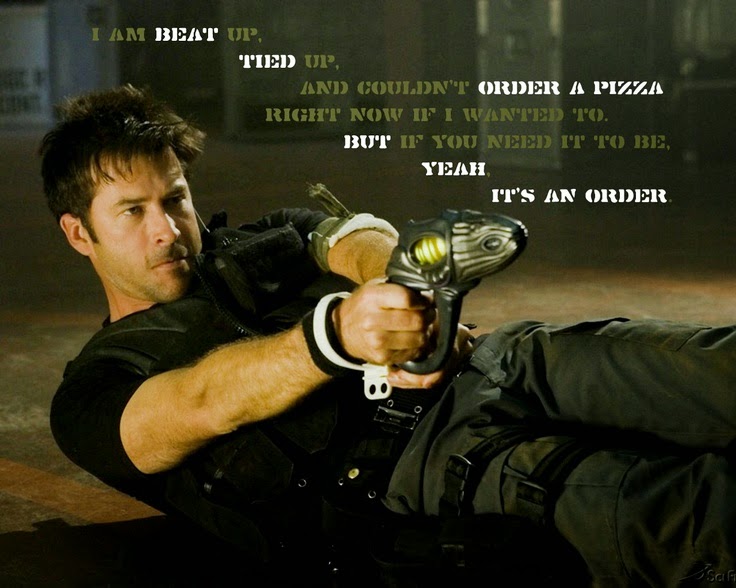 I've share my love for all things Stargate on the blog before, and when it comes to my ultimate TV character man, it just has to be John Shepperd. Ignoring the fact that I said I couldn't rank them, what I do know that John Shepperd would be at the top of the list. Brave and quick with a quip, he's got a smile that melts my heart and I would be happy to get lost in a galaxy far, far away with him any day. 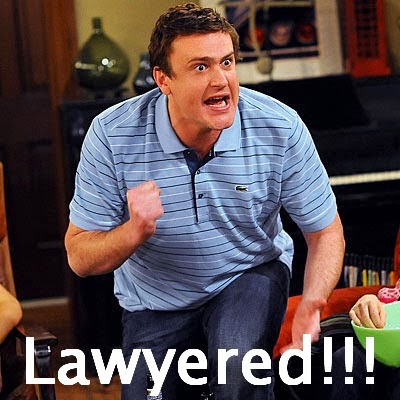 4. Marshall Eriksen from How I Met Your Mother.

I just love How I Met Your Mother. It's up there in my Top 10 favourite shows. And Marshall is probably my favourite character from HIMYM. He's a big, lovable softie and I love the way he loves Lily and loves his friends. It's also pretty good at lawyering shit and if I was going to be stuck in a car for many hours with only the one song on repeat, he would be my top pick for spending my time with. Zitch Dog! 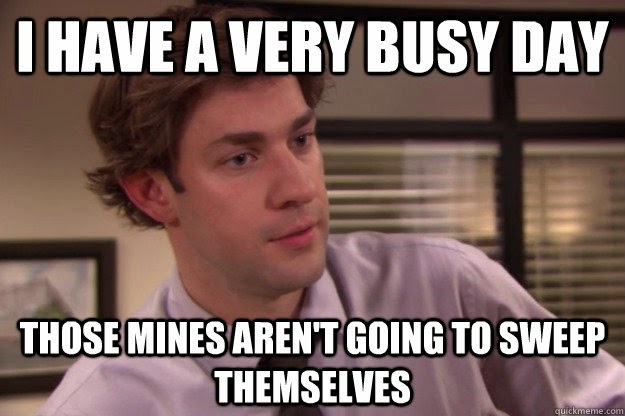 5. Jim Halpert from The Office (US Version).

Another of my favourite TV shows, the US version of The Office features the delightful Jim Halpern who rounds out my list. I've always been a sucker for the funy guys and an awesome sense of humour. Sure movie star good looks are nice, but if a man can't make me laugh then I am not interested. At all! Jim Halpert has a kick-arse sense of humour, knows his way around a practical joke, and isn't too hard on the eyes either. Score. I'd be more than happy to change my name to Pam if it meant I could get myself a little Jim.

Do you have any TV character crushes? Who would be in your Hollywood Hottie Harem if you had one?

10 Percent Inspired said…
I'm rewatching Atlantis right now and I have to agree, I'm being reminded of my fairly substantial Sheppard crush. It was a nice counterpoint to my rampant Daniel Jackson crush.
12 February 2015 at 15:08

Jess said…
Oh Jim Halpert....how I wish I had an adorable inter-office romance like that (don't tell my husband), he is the great combination of sweet, sarcastic, and manly. Great list, I approve of them all!
12 February 2015 at 15:51

Robo said…
Jim Halpert! Me too! I have a feeling we've spoken about this before! My TV character crush from my younger days would have to be Kevin Arnold. I still always watch Frasier when it's on too - smart and a cutie! Cheers for linking with The Lounge. X
12 February 2015 at 15:54

Natalie @ Our Parallel Connect said…
I'm like you, it hasn't come naturally of me to real off names, so I have to think. Someone I would love as a best friend would be Cam Tucker from Modern Family. He always makes me laugh and I think he would brighten every day.
13 February 2015 at 12:37

Emily @ Have A Laugh On Me said…
If I'm watching TV it HAS to have hotties or hilarious men - which is why I LOVE Jimmy Fallon - best of both worlds. He's nice to look at and so are most of his guests!
13 February 2015 at 14:13