One Perfect Moment {Swimming in Memories} 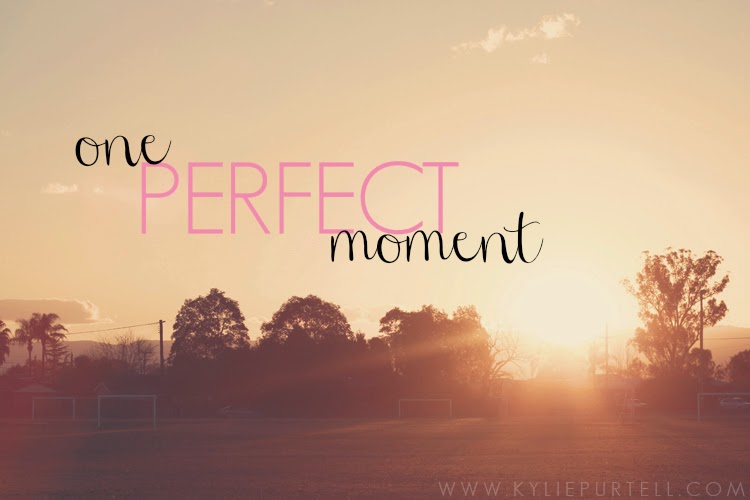 On Friday Punky has swimming lessons. Usually, if it's a week when Dave is working, I spend the 20 minutes sitting by the side of the pool trying to keep an increasingly frustrated Zee from throwing herself in after Punky. Zee loves the water. LOVES it! She never used to. In fact it wasn't until the week before she started swimming lessons last year, when she was just 5 months old, that we finally got her to enjoy being in the water. We took her in the pool at Mum's. I kept her fully clothed, hoping that having clothes on might make her feel a little more secure. It worked.

Ever since then she has turned in to a complete water baby, and it kills her that she has to sit on the sideline while Punky swims. Last week, one of Dave's days off fell on a Friday. We decided that we would all head to the pool together and have a family swim after Punky's lesson finished. Dave took Zee over to the shallow part of the pool and they swam while I watched Punky's class.

Poor Punky. She has been cursed with her Father's inability to float. She has to try twice as hard as the other kids for half the result. It doesn't stop her though, she gives it her all and she absolutely loves it. She will jump in the pool with no fear whatsoever, and paddle her little heart out until her head barely breaks the surface. That girl gets 100% for effort! 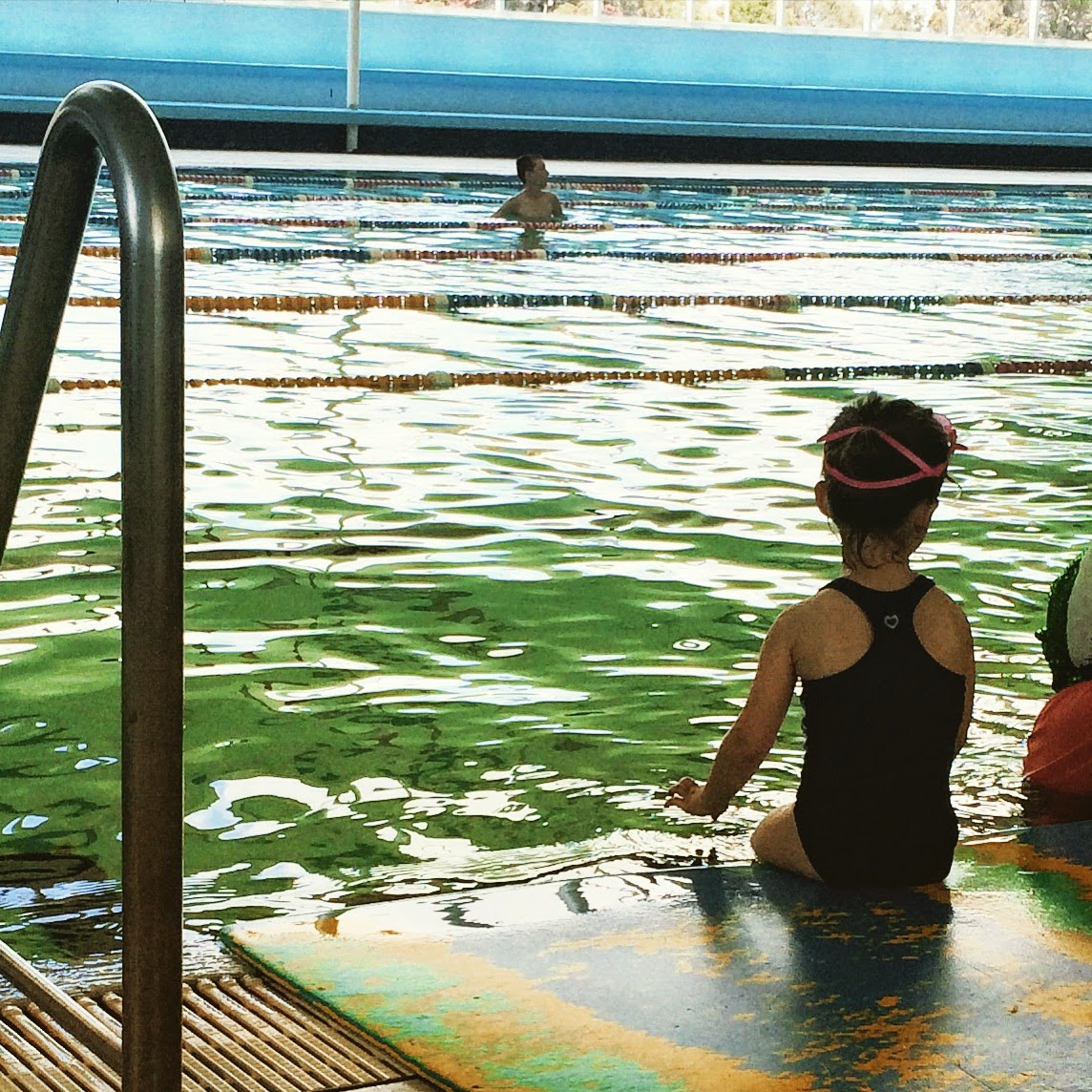 Zee is a floater, just like her Mumma. She doesn't even have to try, she just floats effortlessly. Which makes her think she doesn't need Mummy or Daddy to hold on to. Makes for an interesting time in the deeper water!

While swimming together on Friday we sat the girls beside each other on the side of the pool and sang Humpty Dumpty. As Humpty falls off the wall, so do the girls, and like instince now, after all of the lessons, the second they hit the water they turn towards the wall to grab on and pull themselves up. They were both so pleased with themselves.

I looked at Dave and saw the big grin on mine and the girls faces reflected there. In that moment there was just the 4 of us and the water. Four people, two of them created from nothing but love. Everyone was happy. Everyone was relaxed. It was a perfect moment in a chaotic, crowded, public pool.

Do you enjoy the water? Do you have water babies a-growing at your place?

Toni said…
Hayley forgets she can't swim all the time! shes always trying to go into deeper water without me giving me a heart attack. Yesterday at the beach she kept running off straight into the water. She used to be scared of the waves, but clearly not any more, which sucks because now I have to watch her like a hawk.
26 January 2015 at 13:05

Erika @ Ever-changing Life of said…
I have always loved watching my girls at their swimming lessons. It's amazing how at one lesson they can be struggling with a particular stroke and then suddenly at the next it's like everything just clicks together and they are powering their way through the water. The excitement on their face is so lovely to see!
26 January 2015 at 13:23

Alicia-OneMotherHen said…
This is gorgeous moment in time. Makes me feel all warm and fuzzy :) Go Punky and Zee, it must be such a good feeling to see them succeed in the water.
26 January 2015 at 22:39

Vicki @ BoiledEggsandSoldiers said…
What a lovely moment. My girls are real water babies too. We had lots of jumping off jetties these holidays and the delight on their faces after being scared the first time and then giving it a go was priceless. (I was still anxious as anything watching them but they loved it).
26 January 2015 at 22:52

Emily @ Have A Laugh On Me said…
Big water babies here thanks to our pool. What a cutie pie photo! As long as they know how to save themselves. What great parents you are xx
26 January 2015 at 23:33

Natalie Peck McNamara said…
Take the time to cherish those moments cause as your kids get older, you no longer watch them as much as you use to do. I never watch training and hate it when I miss a game (but wit 4 kids and work, I have to miss somethings).
27 January 2015 at 07:50

Eva Lewis said…
That's so lovely! I must admit, I'm not a fan of the water and I'm not sure why. We don't have a pool and live nowhere near a beach but Little E goes to swimming lessons and it's an absolute joy to watch.
28 January 2015 at 23:27