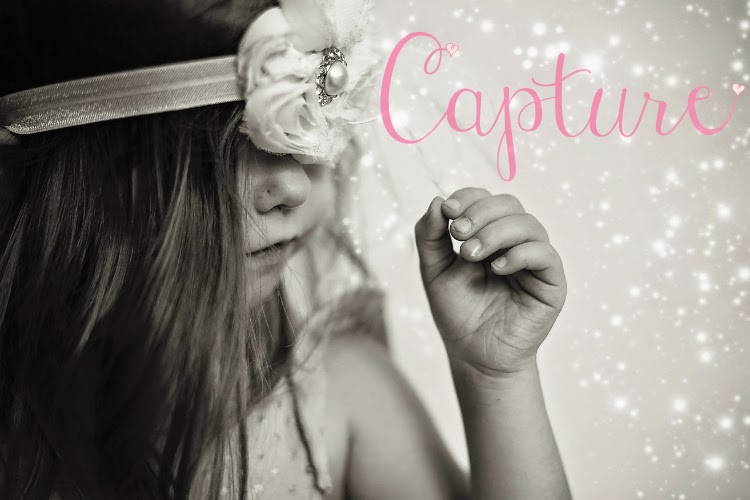 I've never been much for resolutions. I'm crap at keeping them and always forget them by about 12:02am on the 1st January. So for the last couple of years I've simply chosen one word that I wanted to focus on and keep in mind throughout the year.

In 2013 that word was Patience. Something I didn't have a lot left of by the time my excruciatingly long pregnancy and labour with Zee came to an end. Being heavily pregnant and trying to wrangle a toddler well under the age of 2 was an interesting exercise in patience and I failed so many times. But by the end of the year, having emerged from the pregnancy-newborn fog I realised that I had learnt a lot about myself and my patience. I realised that choosing the word patience was about a lot more than simply trying to have more, it was about learning. Learning my triggers, learning what things did and didn't help my patience. Learning skills and strategies to cope when I was running very low on it.

So in 2014, armed with what I had learnt about myself the previous year, I chose my word. It was Determination.

I wrote but a few short weeks ago about how I felt like I had failed quite a bit last year. That my determination had deserted me and that I felt like I could have done better. The funny thing is, despite my "failings" (for they really weren't failings, and where I might have failed in some areas I excelled in others) I still ended the year with much determination, and a passion to do better and once again try to reach the goals I didn't reach in 2014.

The dictionary definition of capture is follows...
verb (used with object), captured, capturing.
1. to take by force or stratagem; take prisoner; seize:
The police captured the burglar.
2. to gain control of or exert influence over:
an ad that captured our attention; a TV show that captured 30% of the prime-time audience.
3. to take possession of, as in a game or contest:
to capture a pawn in chess.
4. to represent or record in lasting form:
The movie succeeded in capturing the atmosphere of Berlin in the 1930s.

As you can see, capture can be used in a few different contexts. For me, what I want the word Capture, to represent for me in 2015 is two-fold.

For starters, I want to gain control of or exert influence over my mindset in regards to organisation and exercise/weight-loss. I am lazy, messy and disorganised by nature. I'm seriously terrible. I am also extremely good at starting things, not so good at following through and finishing things (something which you might have noticed about me via the blog!).

I want to capture that mindset, gain control of it, influence my mind with the help and advice of others and see what I can really achieve if I get myself motivated and above all, organised. I start my photography course at tafe in February, and I'll be on campus for two full days each week. It's going to take lots of organisation and non-laziness to keep on top of everything, the house, the kids, the assignments. It's going to be a massive challenge, and a test-run for how I might go when it comes to a year of full-time study in 2016 (and whether or not I am indeed cut out for that!). 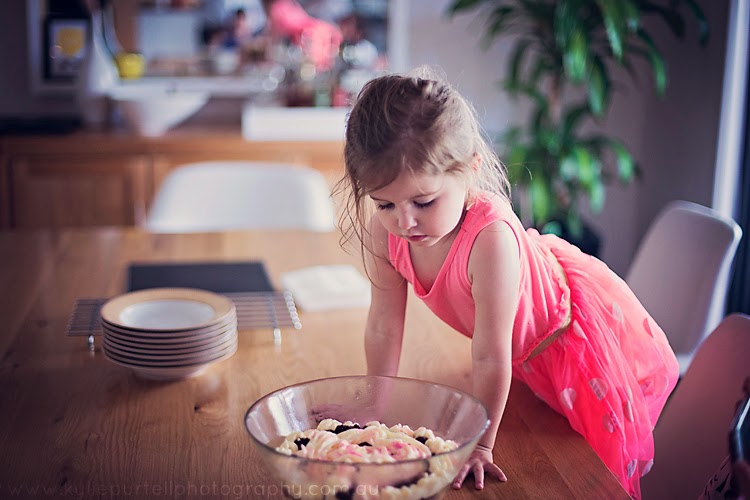 Which brings me to the second fold of what Capture will mean for me in 2015.

In 2015 I want to capture as many moments and emotions through the lens of my camera as I can. I want to create images that are thought-provoking, that manipulate the viewer's emotions, that make them feel something, even if it's just a fleeting scent of happiness.

I want to capture my photographic ability in a measurable way so that I can see how much I really know and how much more there is to learn. Not that there is ever going to be a time when there isn't something I want/need to learn about photography!

I want to capture the imagination and fun of my everyday left in 2015. I want to play with the girls more and help them capture their imaginations. It may seem weird to some, but I'm so painfully aware of the fact that Punky only has two years left at home until she starts school. We will never get this time together again and I want to make the most of each and every second. Being at Tafe and studying (and hopefully maybe even working!) I am going to have to prioritise my time with her in a big way if I want to really enjoy the last of her pre-school days.

We recently bought a new set of coloured pencils, Dave and I. A beautiful set of 72 Derwent Artist pencils, pencils that will be for the big people, and only the big people! I've made no secret of the fact I love to colour in. I find it ridiculously to sit in front of the TV with a set of pencils or textas and a colouring book with beautiful, thick pages. I have quite a few mandala colouring in books now too, and I really do find it so peaceful to colour them in.

Dave has always loved fine art and drawing, and he wants to start drawing again. I hope that he will indeed find the time to get back to his drawing, and I hope I can encourage and help him to find his inner talent again. I also think it would be a great way for him to unwind, and focus some of his nervous energy in a constructive way. 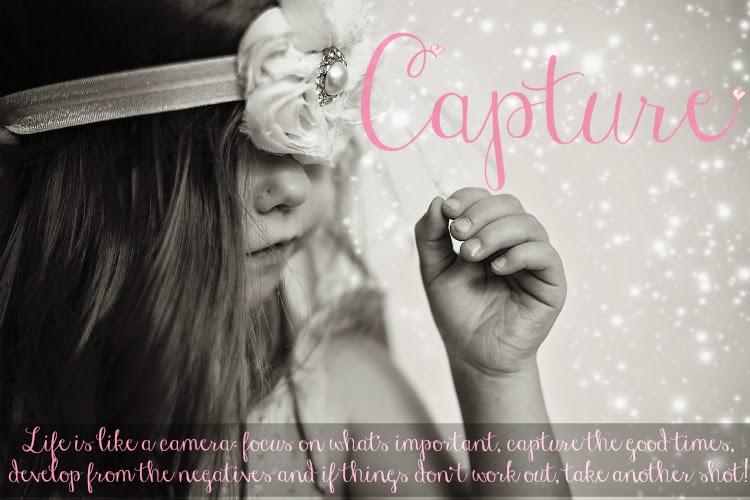 One {52 Week Project} // Photography // Life
2014. The year that was... // Life
Waiting for Godot: Western Sydney Photography // Photography
We may encounter many defeats but we must not be defeated// Life // Current Affairs
Five in 5: Linky Lovin' Friday {12th December 2014} // Blogging
Top 5 Charities to get In the Sack with this Christmas // Blogging for a Cause
Linky Lovin' Friday (5th December 2014} Ideas for Advent

Kylie Purtell said…
I completely understand your feelings about wanting to capture more time with Punky before she's off to preschool. It hit me with full force a few weeks ago that at the end of this month I'm going to be sharing Mr 5 with lots more people. It hadn't really sunk in just how much time we spend together now and how much I'll miss that when he's at school. So yes, do take advantage of the lazy days, the days where you can do as you please with not much of a timetable. Or least not one that requires you be somewhere by 830am 5 days a week!
6 January 2015 at 00:54

Kylie Purtell said…
This is a ripper! That one word "captures" so many elements that are important to you on your journey through motherhood right now. Best wishes with staying focused on capturing x
6 January 2015 at 10:02

Kylie Purtell said…
Absolutely perfect word for you Kyles. I have no doubt you will capture everything 2015 has to offer and make the most of it all! Looking forward to following your journey - Aroha
6 January 2015 at 10:13

Kylie Purtell said…
What a great word and very 'you'! You have a knack for capturing great moments and it's obvious how much you love taking photos. Not sure of my word but I do want to slow down, say no more and just 'be' with my kids when I can xx
6 January 2015 at 11:47

Kylie Purtell said…
Ooooh. Good word. Great for you ....
I want to "capture" the essence of Cheer Chick Charlie this year to better communicate my book series.
Just had a social media meeting on that very topic in fact!
I may need to borrow your word when it comes to my social media campaign ...
My word of the year is "opportunity" ....
Which I would like to "capture" ....
Good one.
Leanne @ Deep Fried Fruit
6 January 2015 at 12:00

Kylie Purtell said…
Well I think you've already succeeded with your word of the year Kylie. I've had a look through some of your images and they really are compelling, creative and captivating. Can't wait to see more of them throughout the year. x
6 January 2015 at 14:02

Kylie Purtell said…
Capture is an interesting word Kylie, and definitely appropriate for your photography (love the photos by the way). But I do wonder if gaining control over a mindset for healthy living is the right way to look at it. Maybe you could instead go back to the definition of capture and choose #1 for this - to take by stratagem. I think this could be a better approach since you talk about the need for planning and organisation, which really is just a series of strategies that together will achieve an overall stratagem for what healthy living is for you. This way it's not so much about gaining control or exerting influence, but simply making a series of plans that you will tick off one by one.
6 January 2015 at 17:31

Kylie Purtell said…
I love that you have found a word that suits your photography. You have such a big year ahead of you and I wish you all the luck, not that you need it, maybe I more-so mean that I hope that 2015 is everything you want it to be and more. Enjoy capturing your moments.
6 January 2015 at 20:13

Kylie Purtell said…
Love it Kylie it's perfect for you. I want to capture stillness. Remember to take the stillness and be in it before it's gone again. I need to get better at that.
6 January 2015 at 20:53

Kylie Purtell said…
What s beautiful choice, Kylie. I also love that you've bought yourself a box of pencils, ready to colour. I hope you colour in your dreams. x
6 January 2015 at 21:32

Kylie Purtell said…
Kylie, your photography and graphic design skills are magic. You are just so talented. It must be an awesome feeling to be following your dreams this year with your two days at TAFE. It will be a great test, but I have a feeling you will kick butt at it. #teamIBOT
6 January 2015 at 22:35

Kylie Purtell said…
Yes, I love your choice, it's totally "you-nique." I'm no expert but I can see your photography talent, like your girls, growing with every post. And I love that you bought yourself a set of pencils - I used to have a set when I was young. They made colouring in a fine art. Bring on your awesome!
6 January 2015 at 23:00

Kylie Purtell said…
Inspiring words! I love how your word 'Capture' has an umbrella affect over many meaningful things in your life. Xx
6 January 2015 at 23:31

Kylie Purtell said…
A very clever word Kylie. Here's to an exciting year of capturing! And enjoy your course at TAFE.x
7 January 2015 at 00:42

Kylie Purtell said…
This is a perfect word for you Kylie. Good luck with everything. It's going to be an exciting year for you I'm sure. My word is fearless. I'm loving it!
7 January 2015 at 07:48

Kylie Purtell said…
I hear you re: toddler wrangling while pregnant (there is 16 mtgs between my boys) and I think learning to identify our triggers is almost important as how we react to them. Capture sounds like the perfect word for you x
7 January 2015 at 09:18

Kylie Purtell said…
I really love that quote about photography! It's so true! I love following your photography journey! Can't wait to celebrate more of your "captured moments" especially with your gorgeous, completely photogenic girls x
12 January 2015 at 11:31