The Lazy Girl's Guide to Christmas Shopping... Buying AND Selling with Quicksales 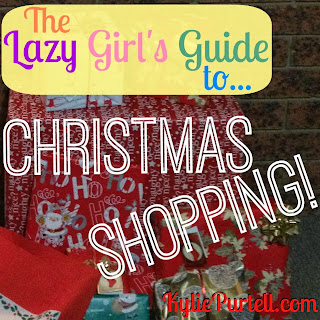 This is the third in a series of Lazy Girl's Guides to Christmas Shopping. Some will be in collaboration with brands. Like this one. But I wouldn't post about them if it wasn't something I have used or wanted myself anyway. You can read my Disclosure policy here. Some won't be. But if the thought of going to the shops and battling the hordes has you quaking in your boots, then these are the posts for you!

As many of you know I've recently spent a glorious week on the beach in beautiful Port Stephens. But I gotta say, that week was just not long enough! I was only back three days before I was thinking and dreaming about our next holiday! However being on maternity leave at present means we're living on the one wage so our choices and funds are sorely limited!

While faffing about online and trying to think of ways to make a little more money to put towards our next holiday, I decided to have a good look around Quicksales. Bad idea.

I'm a little bit obsessed with online marketplaces, I've used them many times to buy some of the most amazing stuff. And I've never met an online auction I didn't love! I still remember my very first win in an online auction all those years ago. It was a hairdryer. I won it for $1. And it ended up costing me $10.99 as it had to come from Tasmania so the postage was a killer! But that baby served me well and I still think of her fondly.

There was also that time when I managed to score Dave a second-hand Play Station One, with two controllers, and a bunch of games. $100 including postage resulted in one very happy husband on his birthday. You can find some of the most amazing, and random, things at online marketplaces.

Never mind the fact that I should be cleaning my house, and I have way to much stuff already (our junk room and garage are now packed to overflowing, the result of having to condense two junk rooms in to one!), I just love the thrill of finding a bargain and bidding in an auction online.
So when I realised that not only could you buy just about anything you can think of on Quicksales, but you can also participate in auctions, I was hooked. Bidding in an online auction is where this tired Mum gets her adrenalin rushes these days. It gets my blood pumping and body tingling! There's nothing I like better than taking part in an online bidding war. The anticipation of whether or not I'll win gets me every time! Yes. I think I might have a problem!

One of the things I like best about Quicksales is that, unlike other online auction, buying and selling sites, it's 100% Australian. Created and run by Australians, for Australians. Plus, it's free to join, and free to sell! How good is that!

So I'm thinking that I might need to have a de-clutter of the house and start flogging some of our crap on there to help fund our next holiday. Or my next book-buying binge. But to me they both go hand in hand. I'm pretty sure there's gotta be at least a couple of hundred bucks worth of shit lying around here. Because like they say, one man's trash is another man's treasure!

The other thing that is pretty damn awesome is that I've managed to source some Christmas presents for those harder-to-buy for members of my family. Like The Beatles-obsessed step-dad (almost 400 items listed for The Beatles!). The clock-obsessed father-in-law (over 1800 listings for clocks!). Or the basketball-shoe-obsessed brother (if it wasn't for the fact Mum would probably kill me for adding to his 20+ collection of basketball shoes I'd be getting him a sweet pair of Nike AirMax LeBron James shoes I found and I know he would love!).
Seriously, I reckon you could find something for even the hardest-to-buy-for person on Quicksales. There is just that much stuff on there. And more than anything it helps you to avoid the torture that is actually going to the shops! And even if you don't find what you're after, I reckon it'd be the perfect place to unload some of those un-wanted Christmas gifts, especially those damn noisy ones your kids get from well-meaning, but childless adults! Come to think of it, there's a play guitar and play vacuum cleaner hidden in the linen cupboard that would be perfect first items to sell!

Would you be tempted to offload some un-wanted Chrissy presents, especially those noise making toys, if you could get away with it? What would you spend the money you make on?
Labels: Lazy Girl's Guide PR

Kylie Purtell said…
I'm going to have let hubby in on this one, he is the one who loves to shop online. My kids have had a couple of those play vacuum cleaners, I've already managed to get one of them to disappear!
1 December 2013 at 21:23