My little angel Zee is four months now. This year has just flown by, I spent the first half pregnant and the second half adjusting to being a Mum of two, and now it's almost Christmas! I am so excited for 2014 and to watch my girls grow up and grow in to their relationship as sisters. 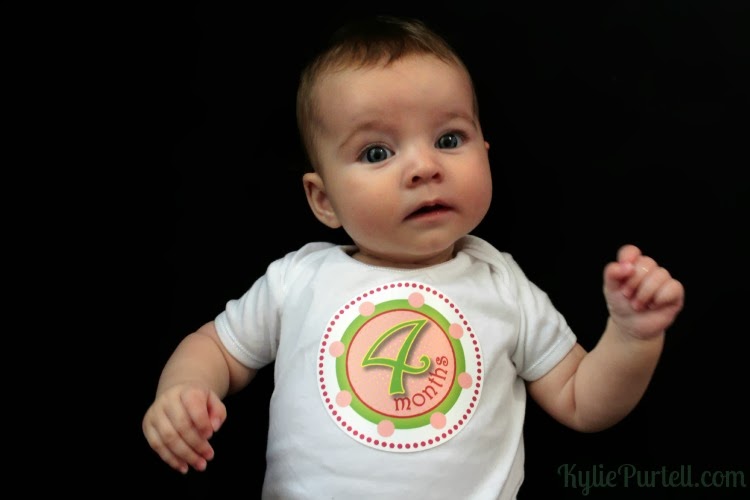 This last month Zee has really started to take a keen interest in the world around her, particularly food! She loves to watch people eat and she sits there and licks her lips, watching each bite from the plate to the mouth. If her interest is anything to go by she will be even more of a voracious eater than Punky was! She still has a couple of months before that will happen though but I'm looking forward to it.

With Punky we did the usual start on rice cereal. But it blocked her up so much that she only got it twice. After that I did a bit of reading and decided it was better to just go straight to the steamed and pureed veggies and fruit. After a week of pureeing I was over that quick smart and I just started giving her steamed piece of veggies and soft fruits that she could suck on and gum. I'd let her try anything that she seemed interested in, as long as it wouldn't be too much of a choking hazard. I later heard about Baby-Led Weaning and realised that's what I'd basically already been doing and stuck with it.

This time with Zee we aren't even going to bother with the pointless rice cereal and purees, it's Baby-Led Weaning all the way. My only fear is that because of her more sensitive gag-reflex there may be a few heart-stopping moments when I hear her gagging on something.  That didn't really happen with Punky, she barely has a gag reflex. Weirdly I'm not too paranoid about my babies choking on stuff, I don't know why but I'm fairly relaxed about it. I'm sure that would change though if one of them seriously choked on something but I am praying we stay lucky and that never happens!

Zee is really such a happy baby. She is quick with a smile and loves to meet new people. She even smiled at the doctor yesterday after he gave her her immunisations! She cried quite a bit at first but calmed down pretty quickly. It was heartbreaking but I know in the end it's for the best. Punky barely flinches for needles so it was kinda nice to get those beautiful snuggles and cuddles from Zee afterwards. 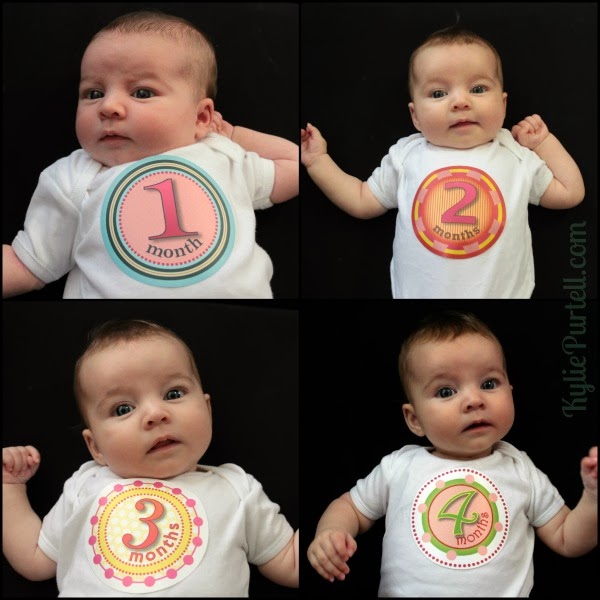 She's still feeding really well and the mild reflux seems to be all but gone. She still wakes up with the occasional stuffy nose, which I have discovered through a bit of research and chatting to others can be from reflux, so it's not surprising that it mostly happens when she falls asleep after a feed and I put her straight down. If I hold her upright on my chest for 5-10 mins after she has fallen asleep and then put her down she doesn't get the stuffy nose.

Zee has also fit in to our loose routine pretty well and there are plenty of days where I manage to get her to have a bit of a nap while Punk is napping. Not every day though. And she still mostly wakes up after the first sleep-cycle of a nap (about 45 minutes), but if I manage to get in there quick enough and pick her up and pat and rock for a couple of minutes she'll usually go straight back to sleep and sleep for an hour more or longer sometimes. 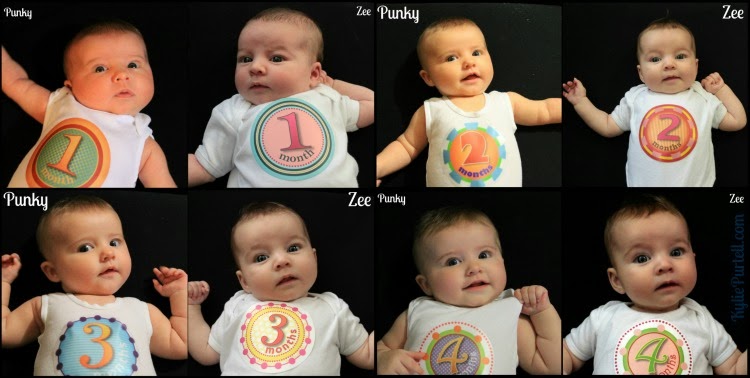 She's also continuing to sleep well most nights which is a real blessing. Every now and then she might have a run of a few nights where she wakes once or twice for a feed but most nights she is asleep by 8-8:30pm and doesn't wake up until between 6-7am. She usually wakes at exactly the same time as Punky! If I'm lucky though she will go back to sleep after a feed and won't wake again till 9:30-10:30am which suits me fine! When that happens it usually means she will be ready for a nap when Punky is. Those are good days. Those are the days I get so overwhelmed by all the things I could be doing that I end up doing nothing but playing on my phone! Lol!

She's put herself to sleep at night quite a few times as well now, which is always a real surprise. It tends to mostly happen by accident. I'll finish feeding her and she won't quite be asleep, she's drowsy but still awake. Something will happen, like Punky crying, or me busting for the toilet, so I'll pop her down, intending to go back when I'm done. But if she doesn't start crying I'll leave her and see what happens and like last night, I'll suddenly realise an hour has gone by and I haven't heard a peep from her because she is sound asleep.

It took ages and ages for Punky to fall asleep by herself without a feed or rocking or patting so this is quite nice and something I will definitely be encouraging when I can. I think it comes down to the kind of baby she is, very easy-going and calm and relaxed. And maybe because I am a lot more calm and relaxed this time too, and not so hung up how she gets to sleep, like I was with Punky.

Punky is however starting to show a bit of jealousy now that I think it's starting to sick in that Zee is here to stay. If she sees me go to pick up Zee she will ask to be picked up, and she does not like Zee touching her toys! When we read bedtime stories at night, sometimes if I'm not paying attention, Zee will manage to grab a handful of Punky's hair and Punky does not like that at all. Can't blame her though, Zee has quite the grip!

All in all she's just a joy to behold and she really has made family life just that little bit sweeter. I am looking forward to celebrating her first Christmas and taking both girls to get a photo with Santa at the local shops. I have so much to be thankful and grateful for this year and I look forward to watching Zee grow into a gorgeous little girl, just like her big sister.

Linking up with Grace to flog the ol blog!
Labels: FYBF Life My Family Zee

Kylie Purtell said…
Aww she's cute! We are doing the baby led weaning thing too - it's great when you are time poor and it certainly keeps them occupied! It's a shame that the baby time flies past so fast. I can't believe Celeste turned one last week and that she's not flat on her back under the baby gym anymore! Jody at Six Little Hearts.
6 December 2013 at 14:43

Kylie Purtell said…
Such a sweet post Kylie, and yes it's lovely this time of year. They will be best mates before you know it, doing girly things together, dress ups, tea parties, so exciting all the things you have ahead of you x
8 December 2013 at 15:55

Kylie Purtell said…
Wow, time really flies!! She is such a beautiful girl. I am glad she is such a relaxed baby, and the sleep sounds incredible!!
13 December 2013 at 14:41