After a bit of a Reading Writes holiday in December and January we are back for another fab year of book nerdiness and reading rapture! This month I wanted to chat a little about what you plan to read in 2015, any reading goals or challenges you may be participating in, and any new releases that you are awaiting with bated breath!

To start with, let's have a little chat about what we got up to reading-wise over the holidays. I managed two and 3/4 books over the Christmas/ New Year period. I finally embarked on the epic journey that is the Outlander series by Diana Gabaldon. So many people love these books and I'm glad to say I'm no exception.

I was a little worried at first that I wasn't going to enjoy them, as I found the first one, Cross Stitch (Outlander) a bit slow to start with. But by about half way through I was totally hooked. The love story between Jamie and Claire is, of course, captivating, and very passionate. I also love the historical element and the fact that the author isn't afraid to tackles some of the more shady elements of the times.

I'm about 3 quarters of the way through the 2nd book, Dragonfly in Amber, and I'm loving the shift from Scotland to France. I am finding I have to restrain myself from flipping to the end to find out what happens because I am so damn intrigued! 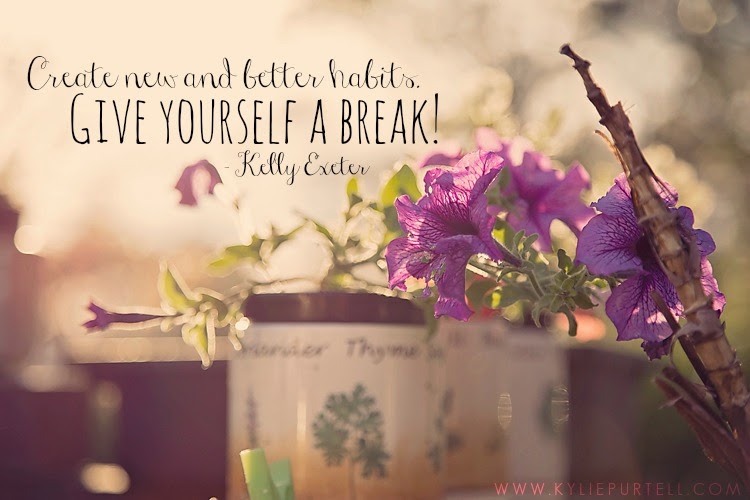 The other book I read was Kelly Exeter's Your Best Year Yet. I spoke about what I got out of the book in this post in January, and I'm still turning over some of the key messages from it weeks later. Your Best Year Yet is non-fiction of course, and probably best described as self-help, a category I don't often read, but I highly recommend this book.

So that's what I've been reading over the holiday period, how about you?

Moving on, there are a few books on my list to read in 2015. In 2013 I did a reading challenge with The Little White Dove to read 13 books over the year. And last year I set myself a little unofficial challenge to read nothing but series, which I mostly succeeded at, the A Song of Ice and Fire series and Wool trilogy being the ones that took the most time.

In 2015 I haven't set myself any challenges, but I am hoping to read all of the books published so far in the Outlander series, as well as re-read the first two books in Justin Cronin's The Passage trilogy. The third book in the series, The City of Mirrors was expected to be released late last year, however it never eventuated. Not happy, Jan!!!

At last look, Amazon has an expected release date of October 8th 2015, and I sincerely hope Cronin works to that! I read the first book, The Passage back in 2010, and the second book, The Twelve came out in 2014. When you check out Justin's Facebook page, it's filled with messages from fans asking  when the  final book will be released. I completely understand their frustration and anticipation, as this really is one of the best trilogies I've ever read, it's definitely up there in my favourites.

The wait for Cronin's third Passage book feels a little George R. R. Martin-ish, in that it seems to be taking forever! Hopefully he won't take as long as Martin, though, who's 6th book in the A Song of Ice and Fire series is not realistically expected till 2017! The last book released in the series was 2011, so that will be a wait of 5 years between books, which is better than 6 years it took him to write the previous one. At this rate, the 7th and final book won't be published until Punky is in high school!

But when a book is good, it's worth the wait, no matter how frustrating that wait might be. The only concern is that the author then delivers on the anticipation that has built. There is nothing worse than waiting years for a book to be released, only to be let down by it once you finally have it in your hands.

Are you waiting for any books to be released? What's on your reading list for 2015? Are you participating in any reading challenges, or have you set any reading goals for the year? Let me know in the comments, and don't forget to link up any reading or book related posts you might have written during the last few months.

LydiaCLee said…
I just finished The Unlikely Pilgrimage of Harold Fry (which I did not love, like the rest of the world) and We are all completely beside ourselves (which took me longer than it should have). I've just ordered a stack of books by unknowns, set in Hawaii...so we shall see where that takes me.
3 February 2015 at 06:50

Mystery Case said…
I need more time, for reading. I have a massive book wish list but just don't have the time to get to it. I suppose I could give up my 4am blog reading but where's the fun in that.
3 February 2015 at 07:13

Renee at Mummy, Wife, Me said…
I still haven't read Your best year yet! I think I must be the only person in Australia who hasn't! I received Lena Dunham's book for xmas, but I am still only 3/4 of the way through. It just wasn't for me. I will persist with it, but I'm a bit let down. I don't often get a chance to read these days and was looking forward to immersing myself into something. Maybe I need to get into GoT like Jess.
3 February 2015 at 07:17

HandbagMafia said…
I love the outlander series, have you seen the tv show? Haaawt! ;) Over the holidays I read the latest Stephen King , Revival, loved it! And also the latest Jodie Picoult- very good but cannot remember the name! I've always got a book on the go. I reread Bliss by Peter Carey too. Great read.
3 February 2015 at 07:27

Leanne Shea Langdown said…
I went back to my easy read author of choice - Janet Evanovich. Only rather than read the usual Stephanie Plumb series I branched out to Alex Barnaby. Easy and entertaining beach reading.
Leanne @ Deep Fried Fruit
3 February 2015 at 09:51

Dani Netherclift said…
Sounds like some good reading over the holidays. I read The Poisonwood Bible by Barbara Kingsolver, When the Night Comes by Favel Parrett (totally beautiful), and I just finished Hannah Richell's The Secrets of the Tides last night. All really great books.
My plan is getting through my to-read-pile of books. I started losing the concentration to read when I was pregnant with my son in 2011. So, though I have read quite a few books since then, I have a lot on my shelves unread. I started and didn't finish Divasadero by Micheal Ondaatje, The Chemistry of Tears by Peter Carey and Wolf Hall by Hilary Mantel during pregnancy, and I know they are all great books, so I have to pick them up again. On top of that I have Foals Bread by Gillian Mears, After Romulus by Raymond Gaita,The Girl Who Lived by Susan Berg, Eyrie by Tim Winton, I am Malala, by Malala, the Yours Truly collection of letters, a re-read of Helen Garner's Monkeygrip. There, that is not so very many afterall! Looking forward to it!
Dani @ sand has no home
3 February 2015 at 10:30

Bec @ HoP & StLSoP said…
I haven't heard of Wool, I must check it out. Or Outlander, for that matter. I've just finished reading the Maze Runner trilogy which was strangely addictive even though the actual writing grated. Today I bought Allison Tait's Mapmaker Chronicles. I'm a little nervous though - I usually don't pick up a series until all the books are out, so I'll have to actually wait for the second and third to be released! #TeamIBOT
3 February 2015 at 14:02

EssentiallyJess said…
I need to rad the last one in the outlander books. I started reading that series in year 12 believe it or not, so I'm no stranger to series being dragged out!
I wonder if the tv series of Game of Thrones will force Martin to write faster? They can't very well have five years between series' episodes now can they? I'm hoping he doesn't take too long. I've just started part one of book three. Hoping to get a review up soon.
3 February 2015 at 14:57

Trish said…
I want to read The Husband Secret @Liane Moriarty - loved Big Little lies.
I bought The Girl with the Dragon Tattoo triology ($1 each from op shop) and started reading a Colleen McCullough book yesterday.
My aim was 101 in 1001 days - I lost the plot and I stopped recording what I'd read.
I also heard about Game of Thrones today - so it's on my list too.
Love my Sister - I just finished and I adored it.
3 February 2015 at 15:27

Malinda said…
I remember reading the Outlander books year ago and was stuck thinking (and almost speaking) everything in the Scottish accent. It took a little bit to get used to but then it is just so natural. I read heaps of books over the holidays and am currently reading Big Little Lies, staying awake far later than I should reading this just to find out what is happening!
3 February 2015 at 20:37

Sanch Living Life said…
During my holidays I read The Shock of the Fall and When the Night comes. Both were lovely books. I'm currently reading The Goldfinch...it's massive! I like this link up...will persuade me to get back to writing book reviews again! :)
3 February 2015 at 22:45

TeganMC said…
I only read one book over the holidays because it stuck with my so much that I couldn't move on. This year I have set myself the goal of reading 30 Aussie Books by the end of the year. I have discovered a couple of great authors and have just finished my 4th book. I was going to revisit some Bryce Courtenay books, but I'm not sure at this stage, as I am finding so many cool new (to me at least!) authors that I don't want to read books I have already read.
5 February 2015 at 18:27