Well, 5 and a half months now, it's taken me so long to get this post up! I'm amazed that my baby has been here with us for almost half a year now! I had a little freak-out the other day when I realised that she will turn 1 this year! Not next year, but this year! Scary!!!

On New Year's Day Zee mastered rolling. She's now rolling all over the place and getting herself stuck in a few unkind spots, such as half under the coffee table, or with her head butting in to other pieces of furniture or objects left lying around. She's much happier to be left on the floor for slightly longer periods now, but once she gets sick of being on her tummy that's it for hanging out on the floor. 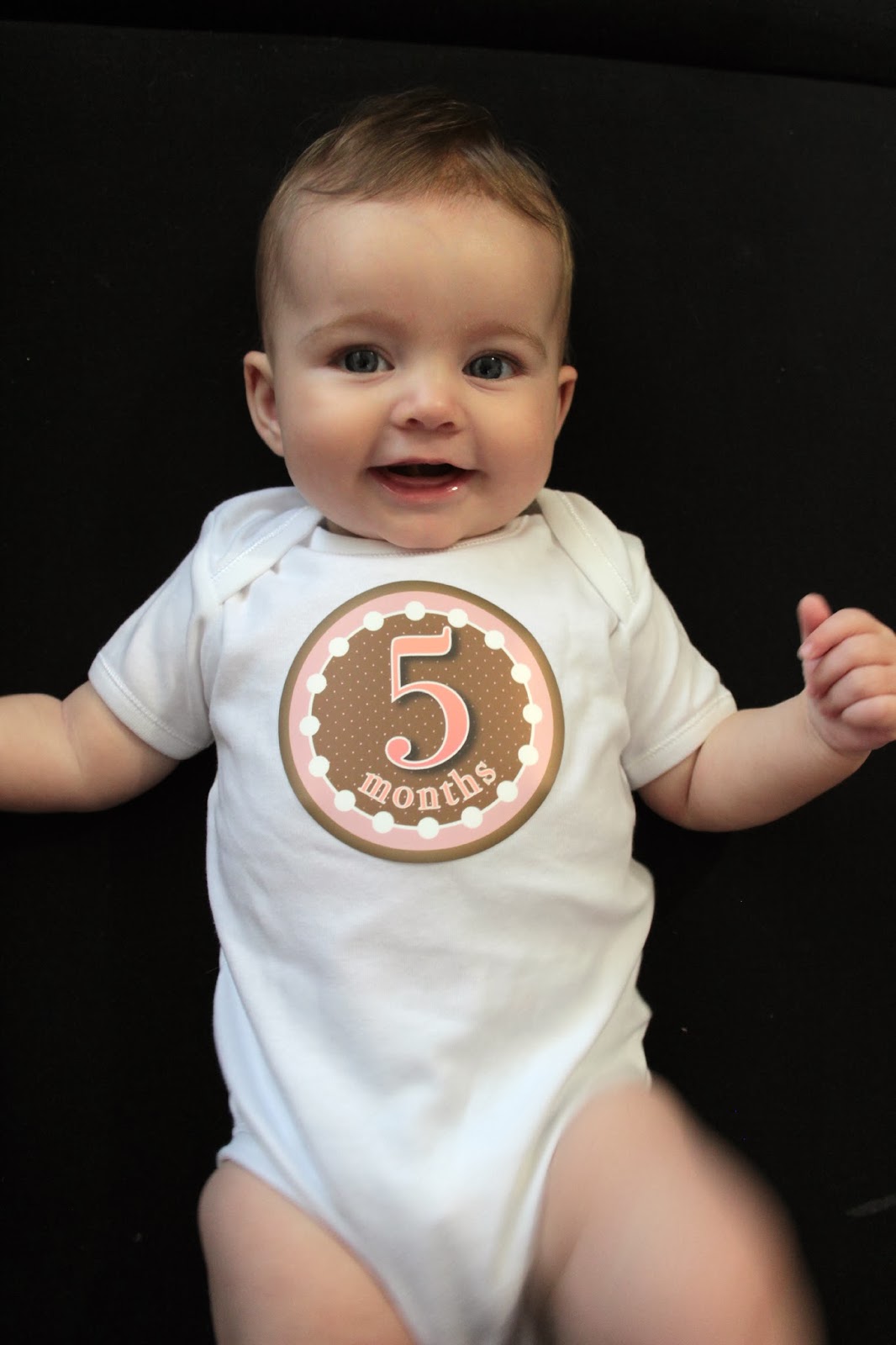 Punky has continued her increased interest in Zee and delights in giving her toys and seeing her reaction. She also delights in taking away her toys. The little bugger! Toys that Punky had no interest in for a long time are now suddenly more appealing to her as she sees Zee playing with them and I am constantly telling her to stop taking things from her sister, and to go and give them back when I hear Zee's pissed off cries.

Zee still delights in every little thing Punky does though, despite the random toy stealing. She is tough nut this one, she tolerates almost all of Punky's overzealous hugs and kisses, not to mention the random kicks and elbows. She's starting to get her own back though, if Punky dares to let her hair get to close to Zee's hands she has grabbed a handful in an instant and yanking with all her strength! I can see a lot more of this happening in the future, even once has more control over her motor skills! 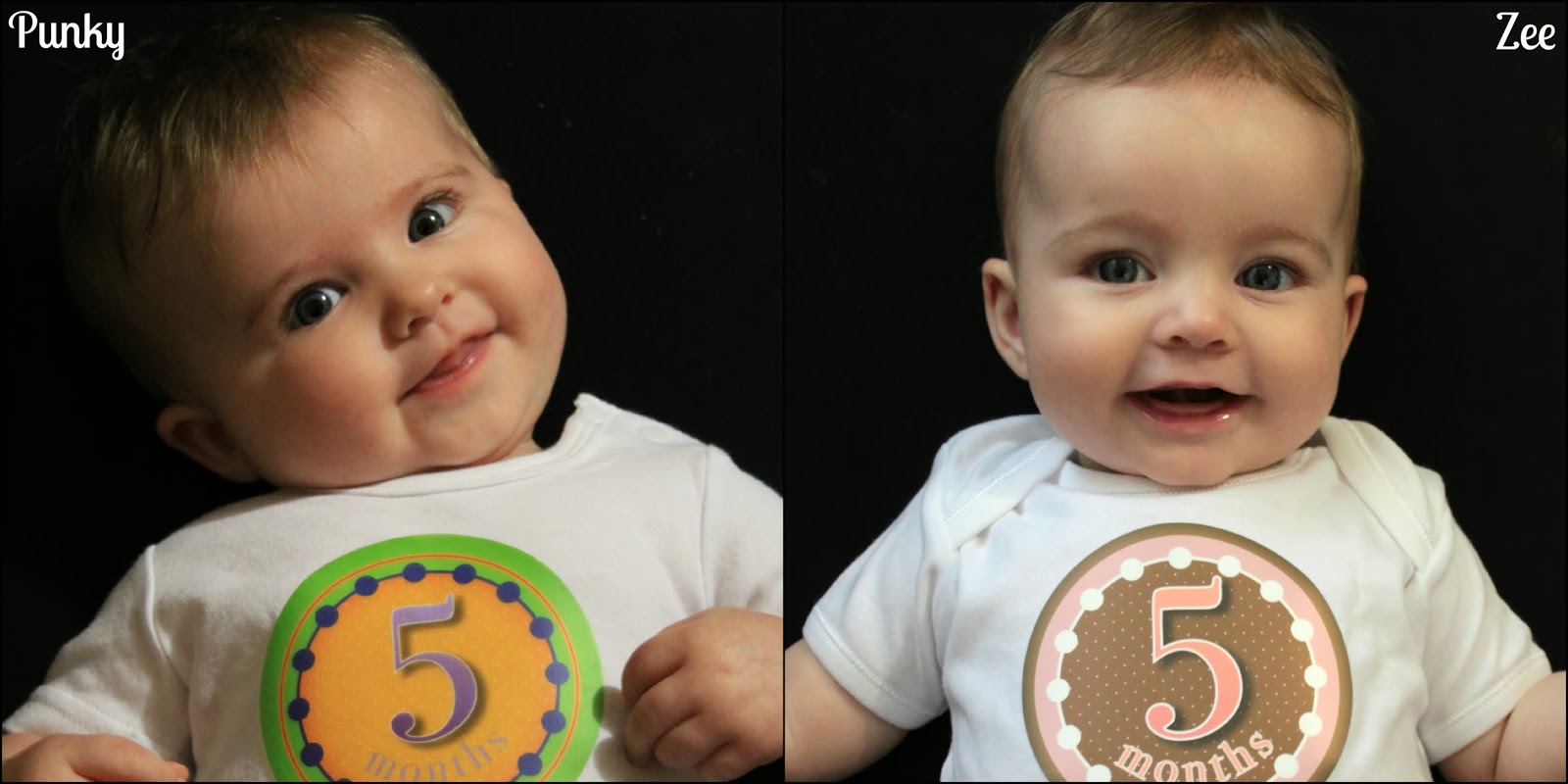 We've started Baby Led Weaning now also. With Punky I waited a good 6 or 7 months before we started, but Zee has shown a keen interest in food much earlier so I've been giving her bits and pieces of what we've been having to see how she likes the taste of things. Doing this has also alleviated some of the annoyed crying that goes on while Punky or myself are eating a meal, as she is happy to investigate and gum anything she can get her hands on. So far she has tried strawberries, orange, apple, banana, pineapple, avocado, sweet potato, pumpkin and vegemite toast. She loved it all! She's only having a try of something every few days, and even then she isn't actually managing to eat that much as her hand-to-mouth coordination, and ability to grip slippery things isn't that great, but I'm not fussed. Food before one is just for fun as they say!

She sill absolutely hates the water, she screams blue murder everytime she has to have a bath and I haven't even tried giving her a shower yet. My sister dipped her feet in the pool just after Christmas and that did not go down well. So most of the time she's just getting a top and tail before bed each night but I am determined to conquer the sooks and will try the shower soon. I'm hoping once she is steady enough to sit by herself that she might enjoy having a bath with Punky, but so far no dice! 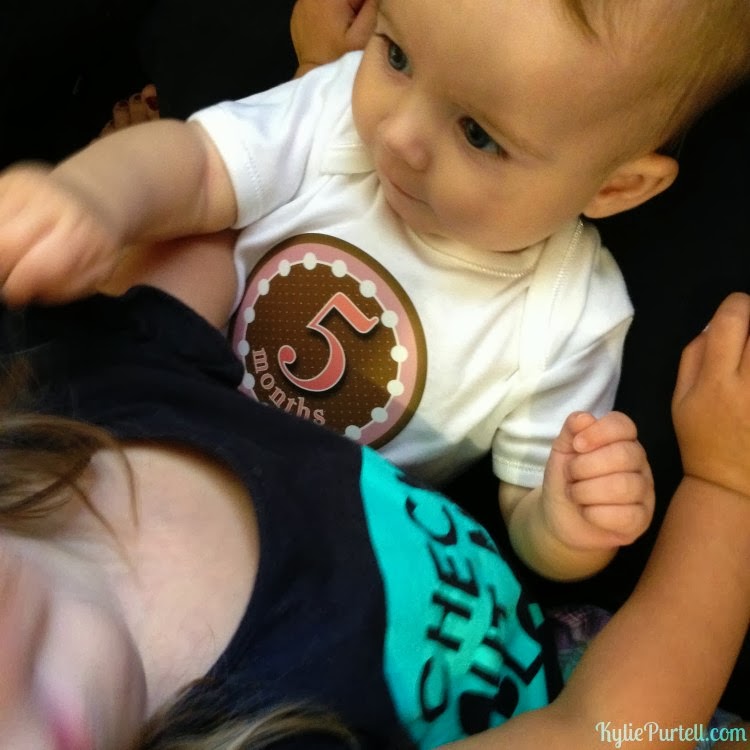 Last week Zee finally moved in to the big cot in her room as she had just grown too big for the bassinette. As with Punky, she has taken to it fine, no issues what so ever, and it was me who found it harder by far. My little girl is growing up. Along with the rolling comes sleeping on her tunmmy, something I learned with Punky not even bother fighting, if that's how she wants to sleep that's how she'll sleep, no matter how many times I roll her to her back. 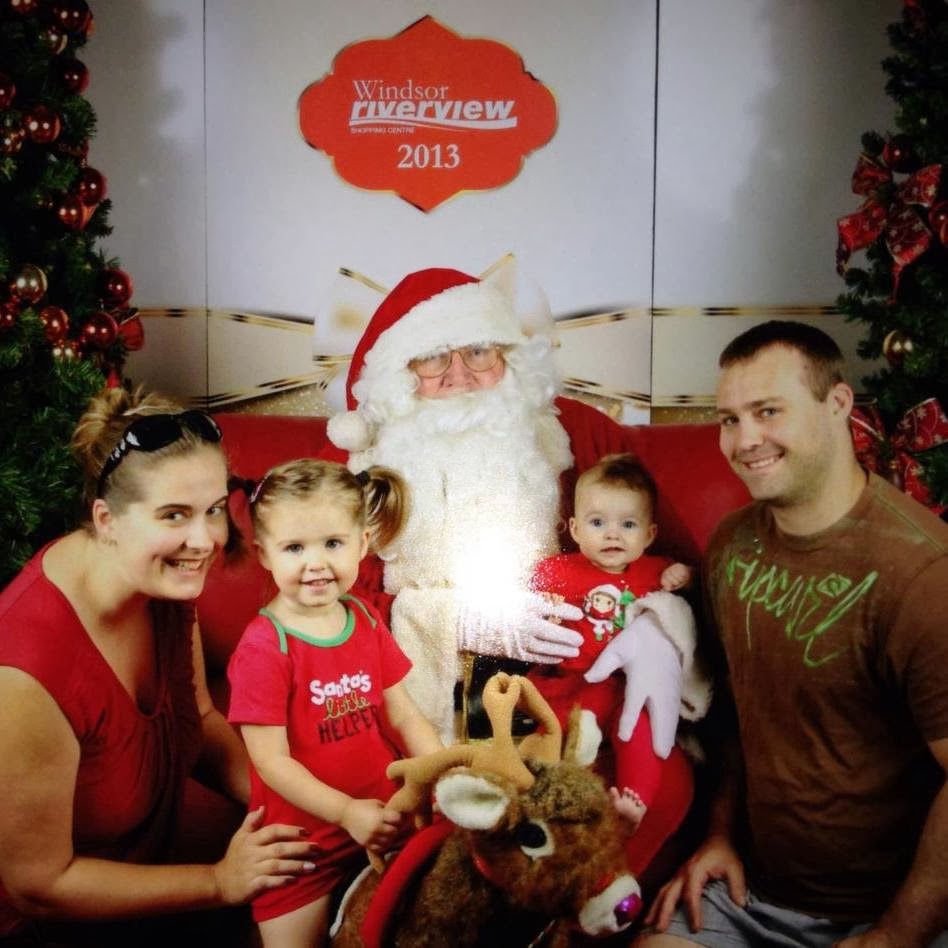 December also saw us celebrating Zee's first Christmas, and like all babies on their first Christmas, she couldn't really care less. She just enjoyed the extra attention she got, and the chance to charm the pants off a few people other than Mum & Dad! She is quick with a smile, my girl, and if you're lucky enough she'll even treat you some of her delightful laughter. She really is just the cutest, happiest little thing. Get you hand to close to her mouth though and you quickly realise that there are gonna be some teeth poking through those gums sooner rather than later. In that regard I'm trying to soak up as many gummy grins as I can before the teeth emerge!

I've started a 365 project for Zee and I'll be posting the images every Sunday if you'd like to join me soaking up those gummy smiles. You can catch the first two installments for the year here.

Kylie Purtell said…
You make such gorgeous babies! Have you tried a bath seat? I had one for Mr 4 when he was little and he loved being able to sit up and splash around in the water.
15 January 2014 at 17:17

Kylie Purtell said…
She is quite different from Punky isn't she? But some features are the same. Love me a happy baby! x
15 January 2014 at 17:20

Kylie Purtell said…
Hayley is the complete opposite she loves water. I took her swimming today for the first time and she was splashing and kicking straight away. Too bad we don't have a pool because I clearly have a water baby on my hands.
15 January 2014 at 22:09

Kylie Purtell said…
Oh your cherubs are so cute. I'd try washing Zee in the empty bath and keep adding an inch or two every few days.
15 January 2014 at 22:46

Kylie Purtell said…
What a gorgeous bubba! I'm not just saying that either, she is super cute, I'd be cuddling her all day. Congrats!
16 January 2014 at 20:15

Kylie Purtell said…
Naawwww I do love her little gummy smile! Sounds like our two are right on par with each other. Baby Vick has just started rolling over in bed.... so I'm a little more anxious but know too there's not stopping it. I haven't weaned him out of his sleeping bag wings however so I've got to get on it pronto. He too started weaning himself. He demanded it. He went from trying his first food to basically 3 meals a day with snacks. Crazy. They just wanna be like us these second babies right?
She is super cute and you're right, they're growing super duper fast so enjoy the baby quirks whilst you still have one! :) xx
17 January 2014 at 20:06

Kylie Purtell said…
What great photos! I love your family Christmas pic. Your girls are just gorgeous xx My baby boy will also be turning one this year -eek!! I have am still yet to move him out of the bassinet in our room, I know he is getting waaay too big for it, but I just can't let go!
18 January 2014 at 10:49

Kylie Purtell said…
She is becoming less of a baby now and looking like a real little person. The toy arguments are still going on with my two, Sum is starting to stick up for herself and pushing her bigger sister around now too, so there are tears on both sides...sigh. Watching the love they have for each other is priceless though xx
19 January 2014 at 11:03

Kylie Purtell said…
Shut up! Can't believe Zee's already 6 months!!! She's an absolute doll! You know, the twinions would scream blue murder in their little bath, then I used a little whale toy that had holes at the bottom. They were mesmerised by all the water seeping through.
19 January 2014 at 16:54