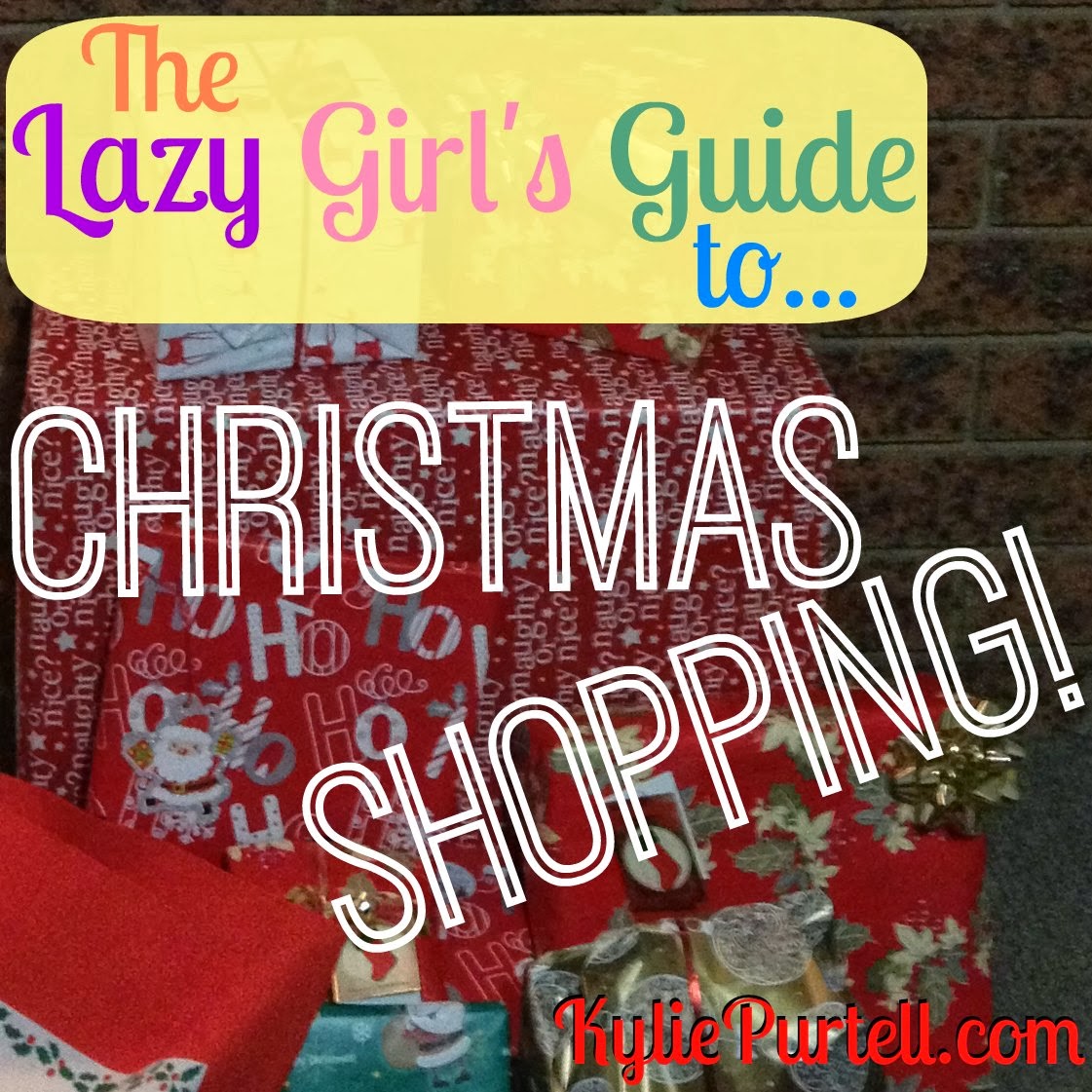 This is the fourth in a series of Lazy Girl's Guides to Christmas Shopping. Some will have a segment of sponsored content in them. Like this one. But I wouldn't post about them if it wasn't something I have used or wanted myself anyway. You can read my disclosure policy here. Some won't be. But if the thought of going to the shops and battling the hordes has you quaking in your boots, then these are the posts for you!


The Lazy Girl's Guide to Christmas Shopping for Kris Kringle, Secret Santa and Gifts Under $20

Kris Kringle and Secret Santa giving can be both a blessing and a curse. The Kris Kringle and Secret Santa route for Christmas giving is most often employed in the workplace and generally has a fairly low price limit. Generally $20. In my family we do a Kris Kringle (Kris Kringle in that we know who is getting who what, as opposed to Secret Santa where you don't know who has bought the gift for you) and we have a minimum spend of $50 and a maximum spend of $100. It makes life a little easier only having to worry about buying a gift for one or two people and you can really put a bit of time and effort in to it.

For our extended family get together we do a thing called Pick or Pinch. Everyone who comes on the day has to bring a present, spend limit $20. When everyone is gathered we put all of the gifts in the middle and the first person picks out any present they want. They unwrap it and show it to the rest of the group. Then it's the next person's turn. They can choose to pick another present to unwrap, or they have the choice to pinch the present of someone who has already unwrapped one. If your present gets pinched then you get to either pick another present to unwrap or pinch one off somebody else. And so it goes until all of the presents have been unwrapped and everybody has something.

It's a super fun way to do Christmas giving and the gifts range from the really cool and desirable to the ones you really want to unload. Some presents will be pinched off half a dozen people and the person left holding it at the end is the envy of the person unlucky enough to be left with a pair of slippers that you warm in the microwave. Seriously.

Because there is both Dave and I that participate we take along two presents. I try to get one nice one and one gimmicky/quirky one. The funnier the better. It's become a bit of a competition amongst our family to see who can find most offbeat gift.

The best places to shop for gifts under $20 for a Kris Kringle or Secret Santa (or the Pick or Pinch) are places like The Reject Shop, Go-Lo/Crazy Clark, Sam's Warehouse and $2 shops. They have the most weirdly useful, but also just plain crazy gifts you can get for under $20. When it comes to the office Kris Kringle/Secret Santa, unless you're really close to your workmates, it's often hard to know what to get so I tend to go safe with a nice box of chocolates, $20 worth of scratchies, or if I know the person has a good sense of humour I might go with a quirky gift from one of the places I mentioned above.

This year for our Pick or Pinch 'nice' gift I am going to be wrapping up the new Airwick Multicolour Black Edition scented candles. The lovely people at Airwick sent me one from the seasonal collection and the scent is Crackling Fire & Cinnamon Spice. The way the colour changes is so cool, and it looks and smells really beautiful. It looked so good that I have bought a second for the Pick and Pinch.

Seriously though, the colour changing is a little bit mesmerising. Especially late at night. Punky thought it was pretty captivating too and kept pointing to it and wanting to have a look and touch it so needless to say I have kept it on a very high shelf away from her curious fingers, where she couldn't possibly climb up it!

I've also been toying with the idea of getting a  second Airwick Filter & Fresh automatic Fragrance dispenser and odour trapper to wrap up for Pick or Pinch but I'm not sure. Technically it's over $20, but only by a dollar or two so it still counts. Personally I have been loving having this in the bathroom the last week or so. Not only are the fragrances divine (Tropical Lagoon & Hibiscus Flower, reminds me a little of Hawaii actually), but the fact that it makes the bathroom a much more pleasant place to visit not long after Dave has been in there(!) is the real winner for me! No need for spraying those oddly fake smelling air fresheners that I make Dave spray after a bathroom stop! This is much nicer.

I'm just not sure how it would be received as a Pick or Pinch gift. It's nice, but it's not as decorative as the Multicolour candle. And as a Pick or Pinch gift it's quirky, but not really quirky enough. I'm going to have to think on it a bit longer decide closer to the day. The good thing is that I don't have to worry about searching for it in the shops because I have found it available in my local supermarket which makes the idea of giving one for Pick and Pinch that much more appealing.

Are you a fan of the Kris Kringle/Secret Santa form of christmas giving? Have you ever done Pick or Pinch?
And if you'd like to score yourself one of the multicolour candles let me know what the quirkiest Christmas gift you've ever gotten is?

The boring bits:
Readers have until 11:59pm AEST on Saturday 14th December 2013 to leave a comment letting me know what the quirkiest Christmas gift you've ever gotten is, in order to be considered for a candle.
Two (2) recipients will be chosen by me, Kylie Purtell, and contacted by email (or facebook or twitter if you don't have a registered email address).
Candle will be sent out direct from Airwick and I take no responsibility for lost or missing candles.
This post was created in collaboration with Airwick. They sent me the Multicolour Black Edition scented candle and Filter & Fresh products to try out and I was paid to write this post. However as always the opinions expressed are my own and if I thought the products were crap and wouldn't actually want to buy them again then I would have declined the products and the money. You can read my disclosure policy here.
Labels: Lazy Girl's Guide PR Sponsored

Kylie Purtell said…
I've been a moustache fiend for a few years and last year EVERYTHING I got was mo-centric. A full jewelery set, shirt, wall hanging, mug, phone case, wallet and desktops set covered in moustaches of all descriptions. Much as I love them, it was a LOT!
9 December 2013 at 12:47

Kylie Purtell said…
Oh Rachael, your grandmother sounds like mine was! One year she gave us all a 24-pack of those Nutella snack dip things! Another year it was a shopping bag with bits and pieces that were too crappy to use at the welfare centre she ran!
9 December 2013 at 13:19

Kylie Purtell said…
I am a bandit for the funny Kris Kringle present. I figure everyone loves a laugh!
9 December 2013 at 13:19

Kylie Purtell said…
I love those colourful candles, I bought some for me and then thought mum would like them so then donated to her, she LOVED IT! No kris kringle to buy, just a $30 present for my mum! xx
9 December 2013 at 17:30

Kylie Purtell said…
I need one of those straws. Damn.


Weirdest gift was from MPS. A pressed glass necklace with silver olives. Or they may have been gumnuts. Not sure. His workmate (a girl) helped him pick it out. Weirdest and ugliest thing I have ever seen in my entire life.
10 December 2013 at 21:32