I've posted before about the things that make me go Hmmm. Or WTF? Whatever you're chosen word there are some things that just boggle my mind and reinforce just how un-common common sense is.

I read an article the other day about the government's Environment Minister Greg Hunt. The article was about the link between climate change and the current bushfire situation in NSW. Greg Hunt does not believe that there is a link. Fine. Whatever. That's neither here nor there. 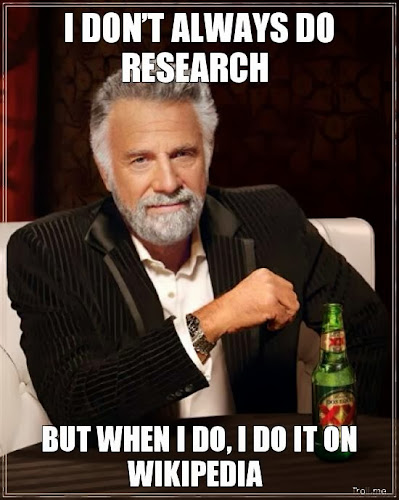 No. He went online, to that bastion of scientific research. The one place where reputable scientists and people who are extensively trained, experts in their fields, choose to publish the research they've worked years on.

He went to Wikipedia. Because Wikipedia is the most reliable source for information that a government minister could use. Because everything that's written on the internet is true, don't you know.

Don't believe in the link between climate change and bushfires? Why? Because Wikipedia told me so. Bother to spend a bit of time talking to actual scientists and therefore have a reputable source for my information, or heaven forbid, get one of your assistants to at least get some information from real people who've spent a lot of time researching this? No. Because it's quicker and easier to get information from a website that any Tom, Dick or Harry can access and modify. 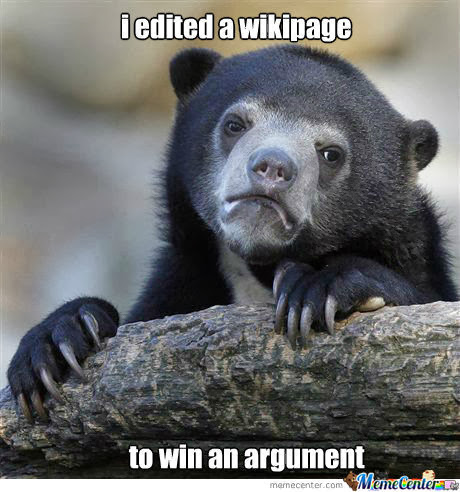 Regardless of whether you believe there is a link or not, basing your opinion, belief or findings on what is written on Wikipedia, when as a government minister you surely have access to much better quality and reliable research is absolutely appalling.

If schools and universities don't accept research made on Wikipedia as valid or reliable then why the hell does a government minister think it's acceptable? Yes, I know that not all of Wikipedia is unreliable, and in the interest of full disclosure, I use Wikipedia myself. You can of course follow the sources that have been used to create the entry on Wikipedia but let's be honest, not many people bother to do that. I don't always bother to do that. And just like I take everything on the internet with a grain of salt, I take what's written on Wikipedia with a grain of salt. And I sure as heck wouldn't quote it in a media interview unless I was really, really sure that what I had read was in fact correct.

But moving right along.

Fossil fuels are finite. They won't be around forever. Coal, oil, there is only so much left and if we don't find alternative energy sources then wtf are we going to do? The need to find viable, renewable energy sources is not just a need from a climate change/save the planet perspective, but from a 'holy shit we are gonna run out of this stuff soon and how are we gonna power everything without it?' perspective. 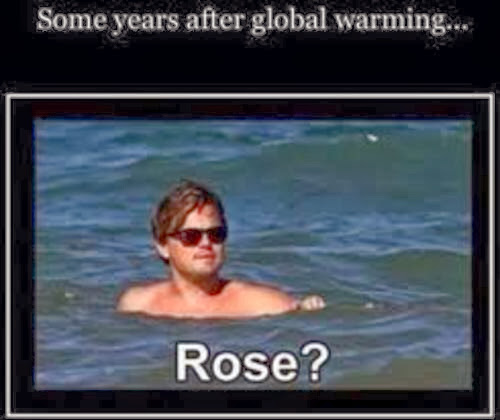 Go ahead and deny that climate change exists. Go ahead and get rid of the carbon tax, personally I don't think it was that useful in it's current guise anyway. ALL money from any tax/levy/restriction on carbon emissions or other activity/behaviour that encourages the use of fossil fuels, should be invested in finding, developing and refining sources of energy that are renewable and won't contribute to the speeding up of climate change.

Climate change will happen no matter what we do. History shows us this. The real issue is how fast that change happens, how we as humans are finding ways to adapt to those changes, what we can do to not contribute and speed up that change, and what the hell we are going to do when we run out of fossil fuels.

Because I for one personally enjoy my lighting, hot water and power to charge my i-devices. I just hope my grandchildren can too.

Kylie Purtell said…
I could go on a huge rant about the stupidity of the idiots in power (what the hell is wrong with us??) but I will point out that that man has advisors paid to do his research for him and STILL came up with using Wikipedia.
29 October 2013 at 07:05

Kylie Purtell said…
Exactly. As a lay person, use Wikipedia by all means, then look up the sources and see what you think (if it's something you care enough about - like, say, something you need to understand for your job or are going to give media interviews on!). But if you are a government minister, use the resources at your disposal for heaven's sakes! No wonder we didn't need a Science Minister - we've got Wikipedia!
29 October 2013 at 09:46

Kylie Purtell said…
Why is there so much money spent on research when they are just using wikipedia?
29 October 2013 at 12:03

Kylie Purtell said…
Ha! Wikipedia sooo funny! As for climate change I believe it is real, although I am not convinced it is totally a human cause. It is a natural effect but yes we are having some baring on it.
29 October 2013 at 12:06

Kylie Purtell said…
OMG I remember my uni lecturer telling us not to ever, ever quote Wiki as part of our research haha.. and for a minister, I can't even.

Kylie Purtell said…
A fantastic and thoughtful post Kylie. I love Wikipedia but basing government policy on it is NOT acceptable. Also - Australia has the potential to lead the world in the renewable energy industry - the government shoulid be making this happen.
29 October 2013 at 12:42

Kylie Purtell said…
Oh dear. I shudder at the illogical thought process that determined Wikipedia was an appropriate source of information, for, well anything. But then again, I am a teacher who has spent many an hour drilling this fact into my students... who would not dare and cite such a "source". Le sigh...
29 October 2013 at 13:19

Kylie Purtell said…
Wikipedia?? That is concerning. The least he could have done is pretended he got it from some where scientific.
29 October 2013 at 13:52

Kylie Purtell said…
WTH - Wikipedia, now that is a joke, I laugh when people try and win an argument after quoting that. LOVE LOVE the Titanic meme and agree with your ranty pants whole-heartedly lovely! I do worry for my grandchildren :(
29 October 2013 at 15:16

Kylie Purtell said…
Oh that is a complete crack up! Using Wiki for press interview; there's a whole new level of shocking.
As for the rest, i'm with you that we need to find more viable energy sources and soon.
29 October 2013 at 22:16

Kylie Purtell said…
Hilarious but your points are true and valid! Where did he study the University of Wikkipoo? Anyway yes we need more investment on renewable energy. Nature will prevail, humans however may not.
29 October 2013 at 22:38


He looked up wikipedia to "Find out what the rest of the world thought."
There are two problems here - firstly, wikipedia is not intended to show what anyone "thinks" about something. Secondly, being crowd-sourced, the article he cites was most likely written by an Australian. Despite his party's best attempts, Australia does actually have the internet.

So it's bad enough to use wikipedia as your primary source when you run a government department. It's worse to completely miss the point of what wikipedia is for. And then to think you could actually brag about your use of wikipedia without being laughed out of the room is just plain stupid.

We used to think that Greg Hunt was either a hypocrite or a shameless opportunist for having written his thesis on putting a price on pollution and then going on to oppose the very same idea. But maybe he's just stupid.
29 October 2013 at 23:04

Kylie Purtell said…
What an absolute dodo!! My 10 year old is always telling me not to believe anything on Wiki, even though I only use it to see what new TV shows are around.
How proud we should be of the brainiacs running our country.....NOT! x
30 October 2013 at 18:05