My good friend A, who I shall now call Mrs. C, got married on Saturday. It was one of the most beautiful weddings I've been to.

I wrote about her Hen's Day back in November, with the 1950's theme, and knowing Mrs. C, I was expecting the day to be amazing.

I didn't end up buying a new dress for the wedding so I decided to spend the money on getting my hair done instead, and I am so glad I did. I really liked it and I think I'm gonna get it done again for H's wedding in a few weeks.

Mrs. C looked absolutely STUNNING! Like a Princess Bride. I absolutely loved her dress, it was so gorgeous, and I particularly loved the skirt. It had just the right amount of flair without being too poufy. The Groom looked pretty good too! 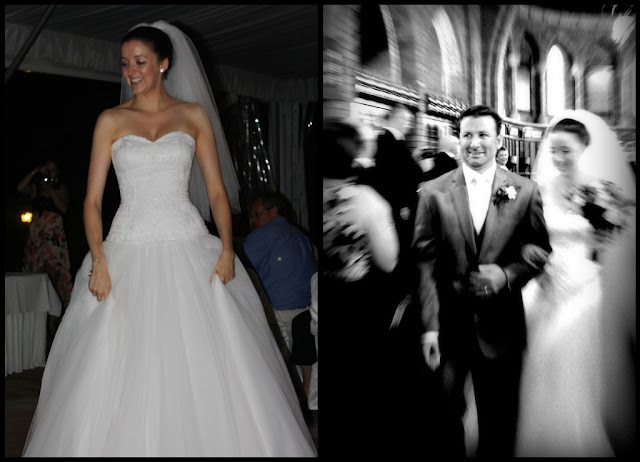 The ceremony was held at a church in Menangle NSW, with the reception afterwards at Menangle House, just down the rode. The food was amazing, I had the pork, and unlike so many cuts of pork I've had at a wedding, this one was really moist and tender. And the 5 cheese totellini entree was to die for. I could have eaten a whole bowl of that cheese sauce! 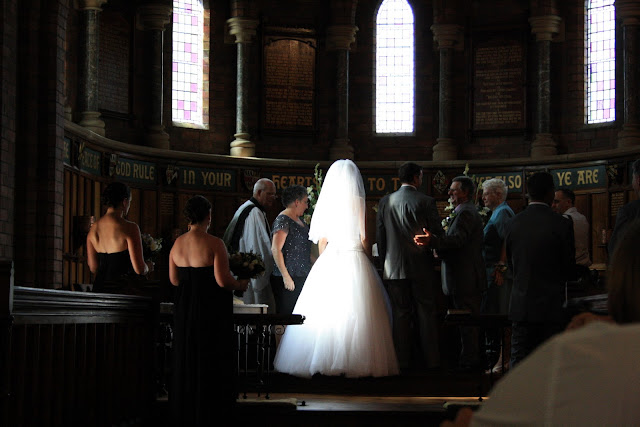 Mrs. C's sister did the flowers, and she was also a bridesmaid. The flowers were gorgeous, and so were the bridesmaids. The Maid of Honour was Mrs. C's best-friend, who also happened to be about 40+ weeks pregnant, but that didn't slow her down or stop her from coming second to none but the bride in the AMAZING stakes. They just looked so elegant. And that's what the whole wedding was. Elegant. 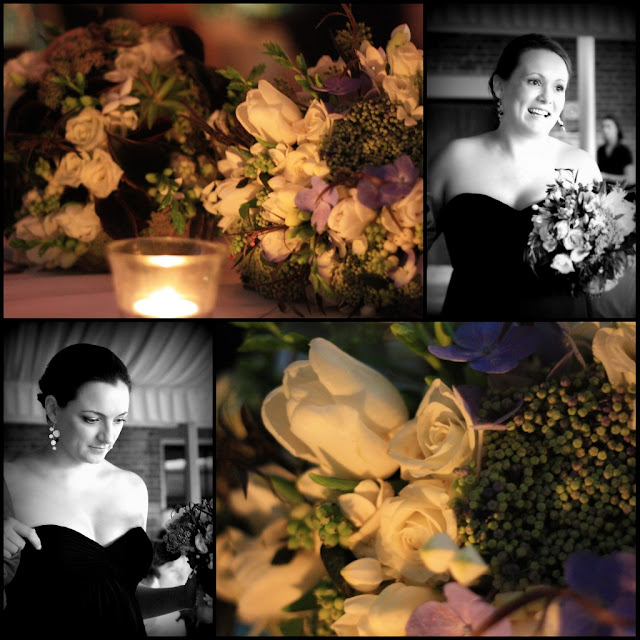 A lot of drinks were consumed, tears shed and dances danced, and at the end of the night I'd had such a good time with some of my closest friends in the world that I didn't want it to end. I can imagine Mrs. C was feeling that a million times more than me though!

I took over 600 photos, and some of them turned out really nice. I've popped some of the best ones on here. It's hard to take a bad photo though when you have such beautiful subjects to work with!

P.S. The maid of honour was due on the 24th, it's now the 2nd, and there is still no sign of the little bubba. Must be waiting for Mrs. C to get back from the honeymoon! Lol. Mrs.C's sister is also pregnant, and it's true when they say, pregnant women glow, coz these two certainly were!
Labels: Life

Kellyansapansa said…
*sigh* I just love weddings and this one looks gorgeous. Great shots!
4 March 2011 at 19:27