I'm not really a fan of Valentine's Day, I've never really bothered with it. Don't much see the point except for wasting some money. 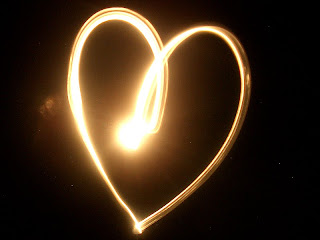 Having said that though, the first Valentine's Day that occurred when Mr.P and I were going out was just over 6 months after we started dating. As I said, I'm not much of a fan of V-Day, but I did want to do something.

So 2 weeks before V-Day I came up with a plan to send Mr.P a series of gifts from a Secret Admirer. I got my mate AP to write the notes and address the packages. Each gift was a silly little thing, something pointless and cute, with a clue as to who it was. I sent them to arrive every second day until the final one on V-Day with the Big Reveal.

Mr.P was stumped, he had no idea who was sending them. It was so hard to act innocent and pretend I had no idea, and also pretend to be a little 'threatened' by this schmuck sending my boyfriend gifts! His entire family was in on the joke and they though it was hilarious, they did a great job of ribbing him about it.

Needless to say, by the last couple of gifts Mr.P was starting to figure it out, but he didn't know for sure until the final one, as I just denied all knowledge, flat out! 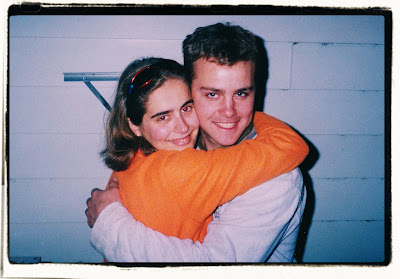 That's the kind of thing I like doing for V-Day.

Although we don't really celebrate it, we tend to do something nice on the 2nd of Feb, which is our half anniversary, and that seems more special.

What's the coolest or funniest or best thing you've ever done for someone for Valentine's Day?

As a Valentine's bonus, anyone who leaves a comment here on this post also gets an entry in the draw to win a copy of Focus:Love, a new book featuring gorgeous photography of 'hearts' from around the world.
Labels: Life Mr.P My Family

Clarissa said…
Haha, I love stuff like that!!! So much fun and sweet. I once sent my boyfriend secret task type things/missions :)

We have only ever done valentines stuff once. First year we went out - but as we started going out in March it was like a year.

One year I was away and didn't even realise it was Valentines day until I called him!
8 February 2010 at 20:58

Our first Valentine's Day together, we'd been going out for about nine months and were living together.

I made him a fruit basket and made little flags to stick in the fruit, saying things like "I can't pear to be without you" and "You are so grape to me".
8 February 2010 at 22:08

missea said…
My fiancé and I don't really do Valentine's Day - although I'd like to go to a movie this weekend with him, I'll even settle for an action flick.

Your idea of the secret admirer is so fantastic - I'm going to try to remember to do it next year. Hilarious!!!