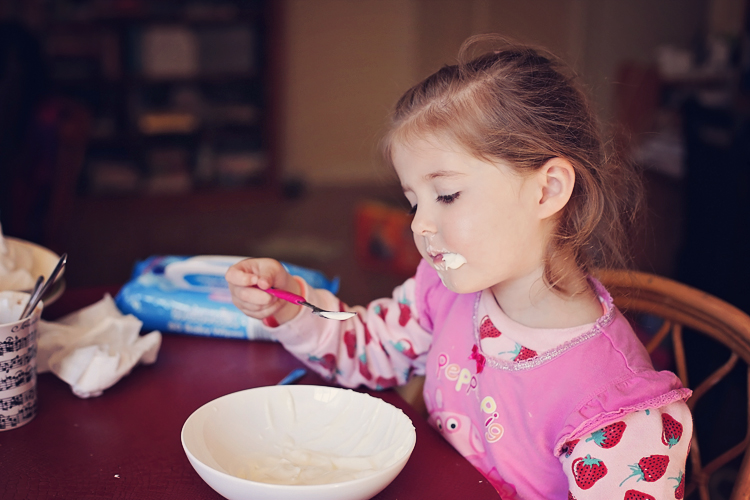 32/52 {Punky} Despite the fact that she definitely can eat most foods without making a mess, there is just something about yoghurt that makes her want to make as much mess as possible. I don't know if it's the texture or what, but she can't eat it without getting it everywhere! 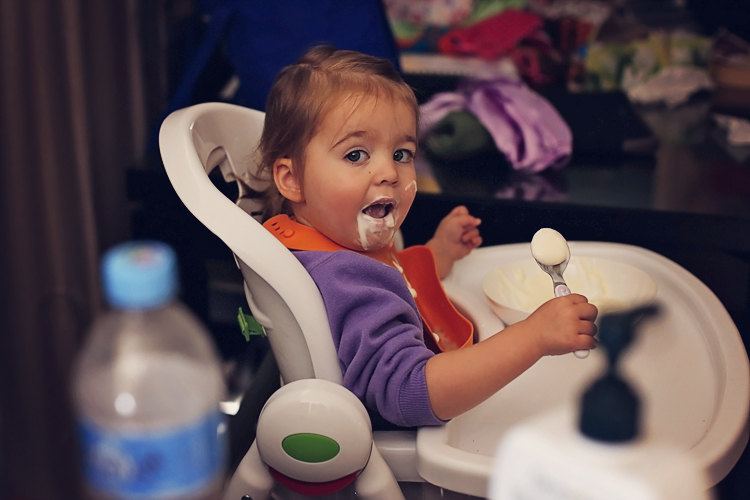 32/52 {Zee} When it comes to Zee and yoghurt, the mess is often caused by Zee's food philosophy of more is more. Why take a small mouthful when you can take a giant one! 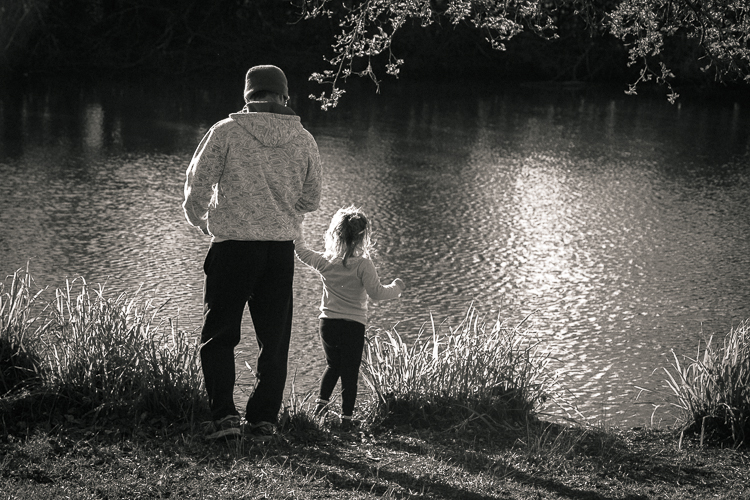 33/52 {Punky} One of our favourite winter afternoon activities is to go down to the lagoon near our house and feed the ducks. We could spend hours wandering around the reserve, exploring in the trees and watching the water birds swim by. 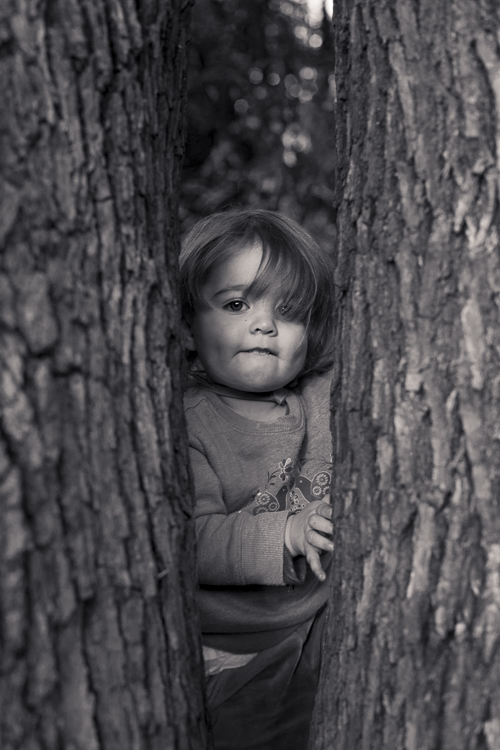 33/52 {Zee} There are lots of cool trees at the lagoon, and Dave often has to re-live his childhood by climbing in them. The girls are keen as mustard to follow in his footsteps, even if the tree and it's trunk are twice the size they are! 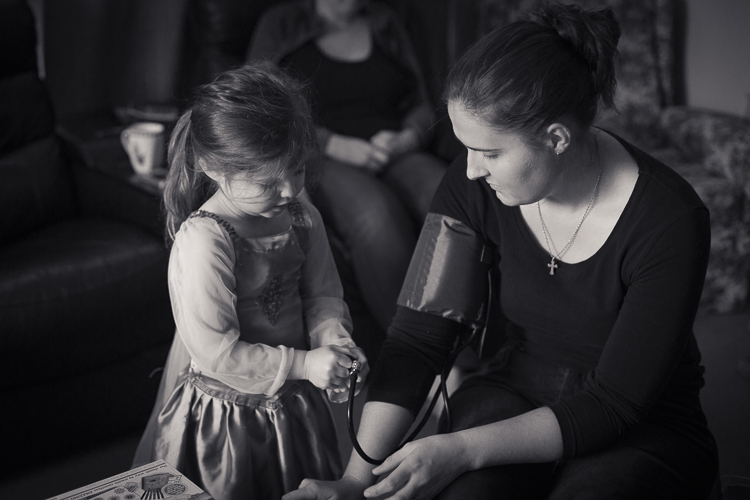 34/52 {Punky} Punky's favourite show at the moment is Doc McStuffins. She begs me to watch it every day. Mum bought her a toy first aid set, and every time we go there she has to give everyone a check-up, listening to our heart, checking our blood pressure, eyes and ears, and giving us an injection. When Aunty Kate, who is finishing her final year of Nursing at Uni, came up to meet Baby Bear she bought her stethoscope and blood pressure cuff so that Punky could have a go of the real thing. Let's just say there were a few tears when she found out she couldn't keep them. 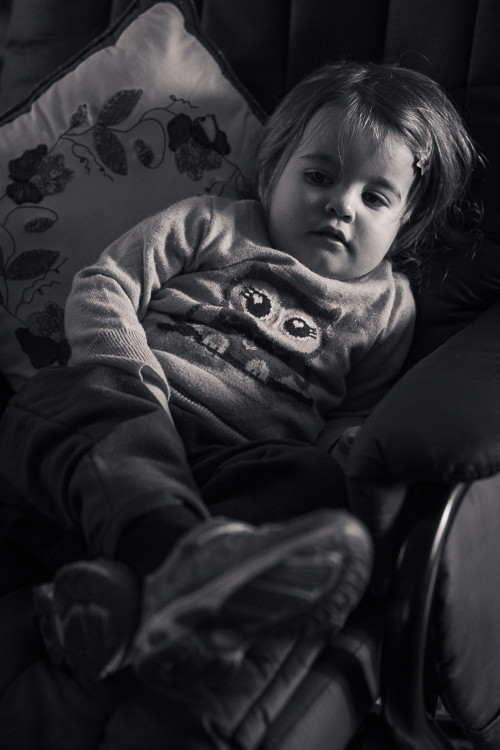 34/52 {Zee} This kid. Such a HUGE Peppa fan. While visiting Mum she sat herself down in the back room on the rocking chair and settled in for some viewing of her favourite show. 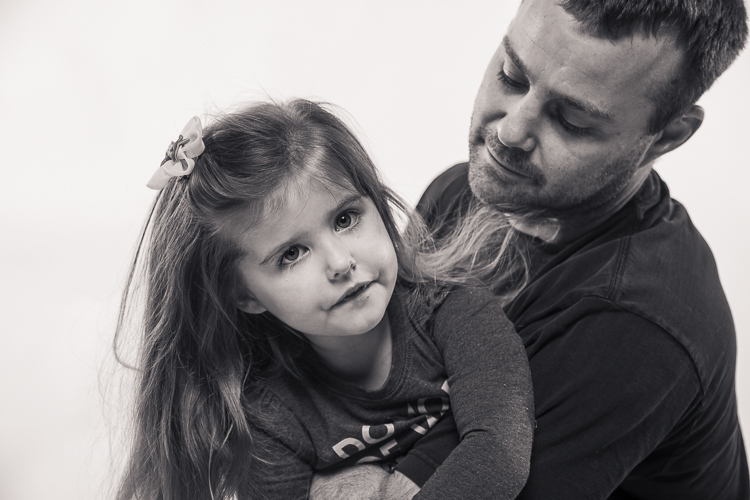 35/52 {Punky} I organised for the girls to come in to the studio at Tafe so I could have a photo session with them for some assessments that I have coming up. They had four costume changes, and all things considered they were pretty good. It was pretty stressful though, the studio environment is certainly a new one for this kiddos. 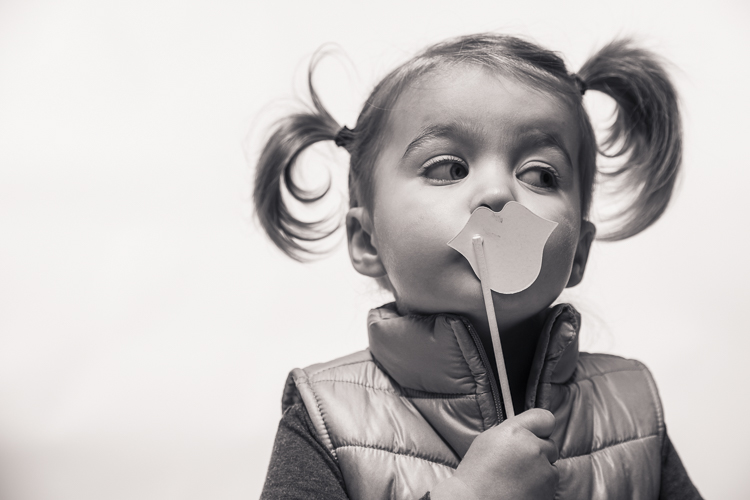 35/52 {Zee} I bought a bag of photo booth props from the Reject Shop for the shoot, thinking they might be something fun for the girls to play with and I wasn't wrong. Some of the best photos I got of Zee were when she was playing with the props. I'm definitely going to be trying this again.