The Book of Once Upon A Time {Disney Junior} | Reading | Entertainment 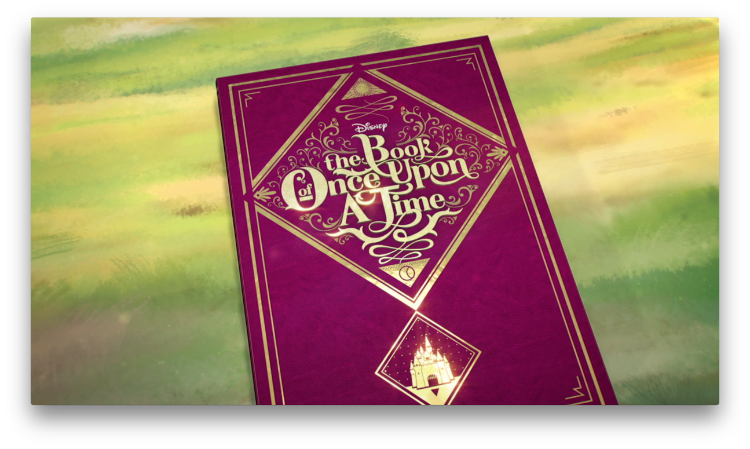 We all know how important reading is for young kids. Since before the girls were born I've been keenly aware of how important it is to read to and with them, and I've made a special effort to read with the girls as much as possible.

With Punky I started reading to her almost as soon as she was born. From the youngest age she enjoyed sitting on my lap, looking at the pictures and listening to the stories. Even now at almost 4 she will come to me daily to ask me to read her a story.

Zee was a little slower off the mark when it came to reading. Having a toddler and a newborn is a time-consuming exercise, and so finding moments to sit and read with Zee were hard to come by. Add to that the fact that she's extremely independent and would rather turn the pages herself, in her own time, she would barely allow me to get a few words out before insisting on turning the page.

That in itself is not a bad thing though, and she will sit happily for ages thumbing through the pages of book after book. Now that she's a little older she's much more likely to let me read at least half a story before she insists on taking over for herself!

I love reading with the girls and they have both taken quite an interest in storytelling on the screen as well. Shows that have people reading books or stories are very popular in this house, so when I found out about Disney Junior The Channel's The Book of Once Upon a Time I knew it was one show that we had to add to our repertoire. So whenever I remembered it was on we would sit down to watch and hear the story. 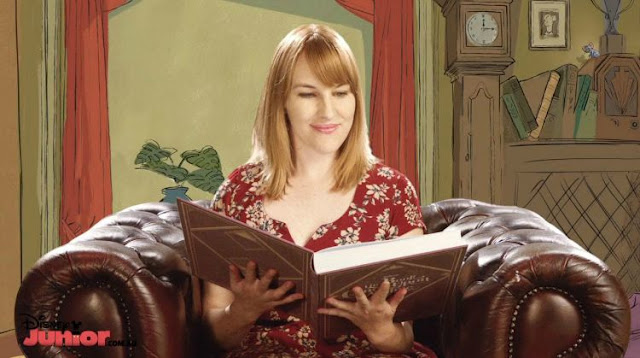 As most of you will know, this week is National Book Week, and to celebrate Disney Junior launched the second season of The Book of Once Upon a Time on Monday 24th August at 7:10pm with Snow White and the Great Jewel Hunt (you can check out the episode at the end of this post). For those who haven't seen it, The Book of Once Upon a Time is a locally-produced, interactive story-telling series hosted by Australian actor and playwright Kate Mulvany.

I love the fact that The Book of Once Upon a Time features an Australian voice. It also has really cool page-turning animation and excellent character voices and re-enactments that get our imaginations working. We really enjoyed the first episode of season two, and we're really looking forward to future episodes which will feature new stories Disney stories from Winnie the Pooh (another favourite around here), Aladdin, Sleeping Beauty, and everyone's favourite, Frozen.

Story time is an important part of our bedtime routine, as I know it is for many households. We used to watch another show before story time each night, but thanks to a glitch in our Foxtel IQ we lost all of the recorded episodes. The Book of Once Upon a Time has become our new part of the routine, and the lullaby that follows each episode is a great way to signal the girls that it's now time to get ready for bed.

The girls don't watch an excessive amount of television, but of the telly we do watch, there are only two channels that make the cut in this household and Disney Junior is one of them. The girl's favourites at the moment are Doc McStuffins and Sophia the First. I love the messages that Doc McStuffins contains, of being kind and helpful, healthy living and looking after others. It's Punky's favourite show and she's now obsessed with anything to do with being a Doctor!

There is always a good message in Disney Juniors animated and live-action story-telling, and Punky will often come to me with questions about something she's watched, which is a great way to open up conversation about all sorts of things like language, maths and emotions. Emotions are one thing she's been exploring at preschool lately and I often find myself having conversations with her about what people and characters are feeling and why.

I love the fact that we have found a new addition to our bedtime routine in The Book of Once Upon a Time, and the fact that we can watch episodes of it online via the Disney Story Room at any time is really helpful. It means we can watch them before bed wherever we are, whether it's at Mum's for family dinner night or away on holidays.

Plus, all of the stories that are featured on the show are available as eBooks in the Disney Story Central App, an app we were using before I even realised there was a show with the stories! If you want to check out the app, which I highly recommend, you can check it out on the iTunes store here.

Disney Junior The Channel is where magical storytelling comes to life and is available in all Foxtel subscribing homes on channel 709 (a number I have burned in to my brain!).

Do you watch The Book of Once Upon a Time? Have you ever incorporated a story-telling show in to your children's bedtime routine? Do you read with your kids before bed? What are your favourite bedtime stories, I'd love to check them out!