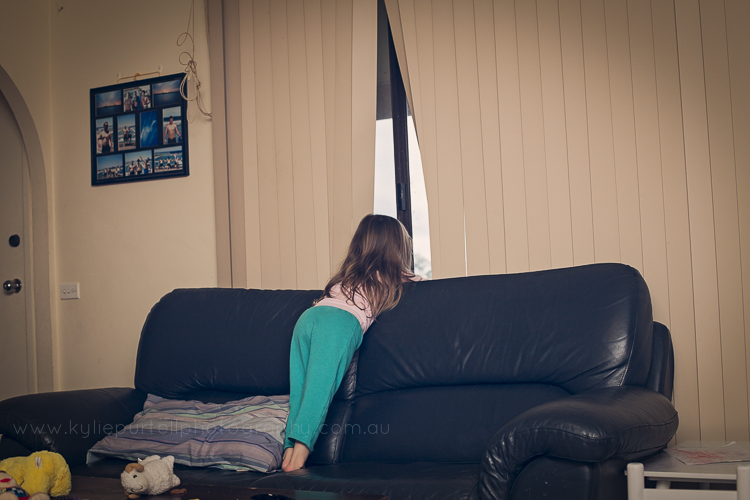 {Punky} She's such a noisy parker. Whenever she hears a noise out the front (which is frequently given that we live on a busy main road) she jumps up on the lounge to have a sticky-beak out the window. I think she's actually hoping that it's Daddy home from work most of the time. This one is a Daddy's Girl through and through! 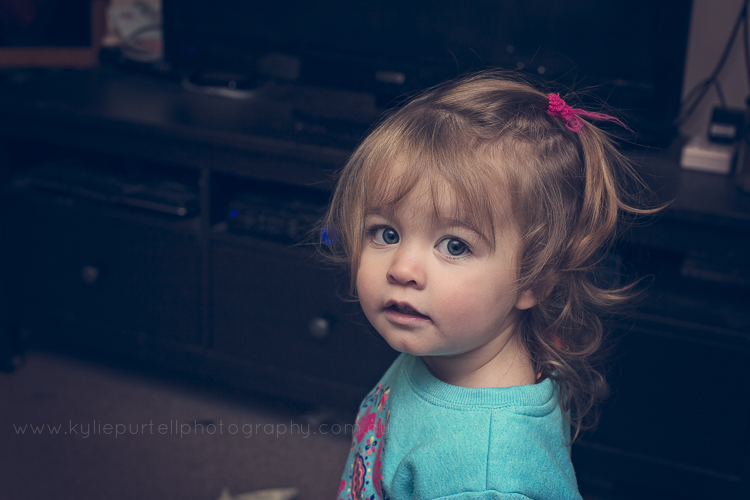 {Zee} This is Zee's 'butter wouldn't melt' face. It's the face she gives me when I say her name to discourage her from getting up to mischief. I truly though Punky was going to be my chief mischief maker, but after almost two years with this girl in the house I am rapidly revising that opinion! 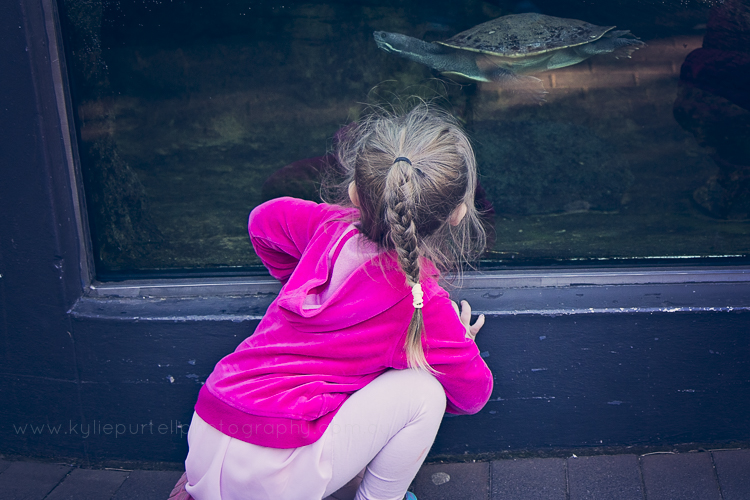 {Punky} On this day we took the girls to Taronga Zoo for the first time. They were surprisingly good all day, and despite being more impressed with the most mundane of things (fake animal statues anyone?) they had a great time. We all did. Punky was particularly fascinated with the seeing the turtles swimming. On the way to the Zoo in the morning, we asked her what animal she was most looking forward to seeing. Her response? "The teeny, tiny baby chickens!". Should have just taken her to the pet store! 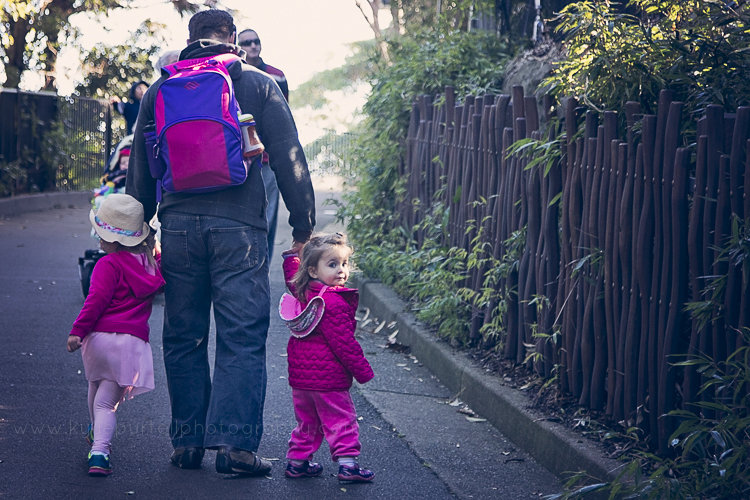 {Zee} We decided against taking the pram with us to the Zoo. Which was a great decision until the last hour or so we were there, when her poor little legs just couldn't take anymore walking. She did an amazing job for a not-quite-2-year-old though. She's really not a baby anymore, sob!