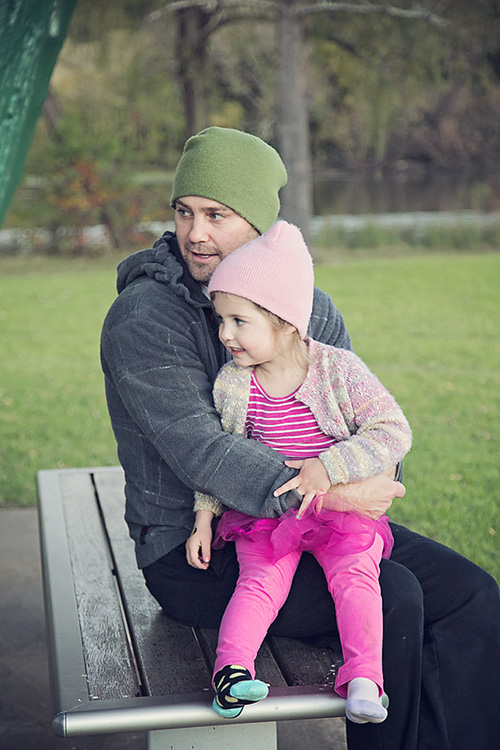 {Punky} Another Sunday afternoon, another trip to feed the ducks. It's such a lovely thing to do together, and the girls love to run around and burn off some steam. Just before this photo was taken Punky had fallen over and hit her head. How she didn't injure herself I have no idea, but the shock of it was enough to upset her. Thankfully, when you're 3 and a half, hugs from Daddy are all it takes to make it all better. 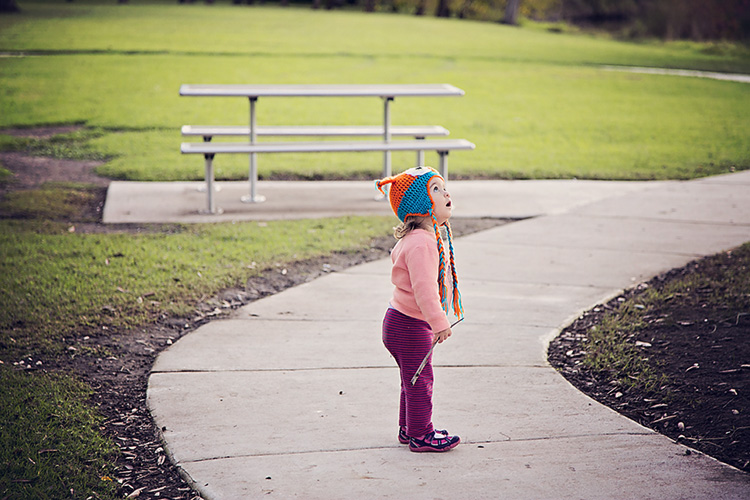 {Zee} Poor Zee was attacked by a goose on this particular occasion. They were very impatient geese, and got a little aggressive waiting for the small ones to relinquish their bread. Being that the geese were bigger than Zee, I guess she was an easy target for them. Thankfully she wasn't badly hurt and didn't damper her enthusiasm for the activity at all. I love the curiosity they have at this age (almost 2) and how everything seems new and exciting to them. Zee never fails to stop and stare when she sees and hears birds over head. I hope she never loses her curiosity. 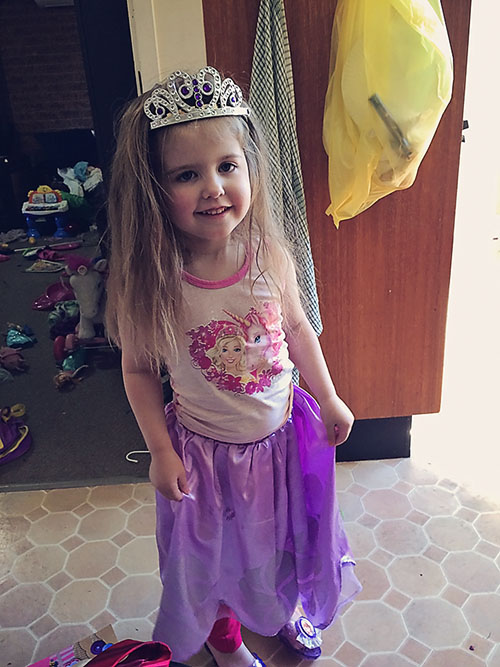 {Punky} Princess Punky. Or Elsa. Or Sophia. This girl hasn't met a Princess she didn't love, and dressing up as a princess is hands down her favourite thing to do on lazy days at home. 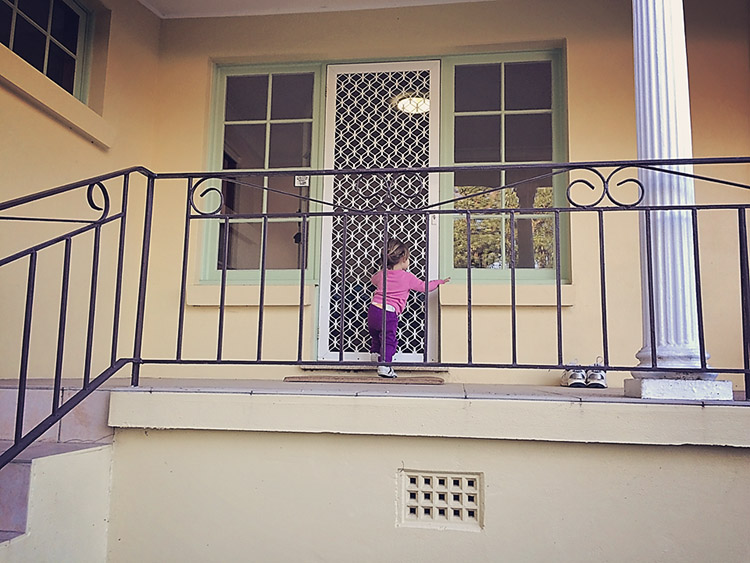 {Zee} We visited the in-laws new house this weekend, and the girls, and Dave & I, loved it. It's beautiful, and I can see exactly what attracted my MIL to it in the first place. Zee was particularly impressed with it because she discovered fairly quickly that she could reach the handle on the back door by herself, and spent a good chunk of time coming in and out of the house!