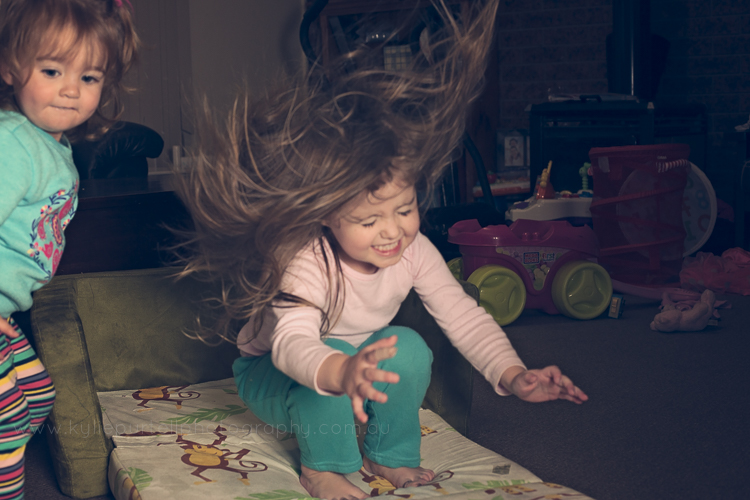 {Punky} It's been raining most of the week and so we've been a little crazy being cooped up inside, not to mention I've been sick and had to have a day off Tafe, which meant the girls had to have the day off from preschool as well. Friday afternoon I really should have been doing something befitting of my 'adult' status, but instead we had a little fun. Punky is a total jumping bean and has no fear, and so we ound ourselves in the loungeroom, watching Punky performing her acrobatics... jumping off the coffee table on to their mini-lounge. She was having so much fun, and so was I, taking the photos. Eventually she even got up the nerve to try jumping off backwards, and doing twists in the air. I love this photo because it shows just how much fun she was having (and I'm seriously starting to think I need to get her in to gymnastics, her landings were Olympic gold medal worthy!). 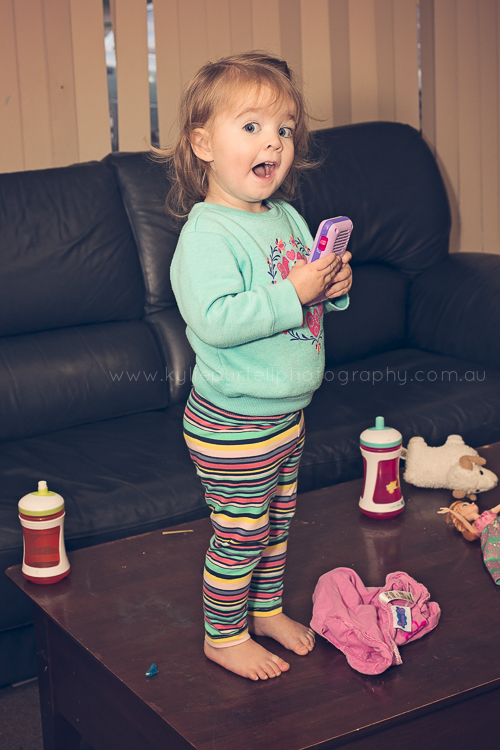 {Zee} Zee is a wonderful mimc. We've been hearing it in her language, the way she is able to repeat words perfectly after only hearing them once, copy the intonation and expression perfectly. And lately, we've been seeing it in the faces she pulls. She watches faces closely, and then perfectly mirrors them. Pulling faces has become a favourite game of hers, and she delights in the laughter that it elicits from us. This girl is going to be a real character, a story & joke teller of the highest order. It's an absolute delight to watch.