One Perfect Moment {Looking for the Light} | Life 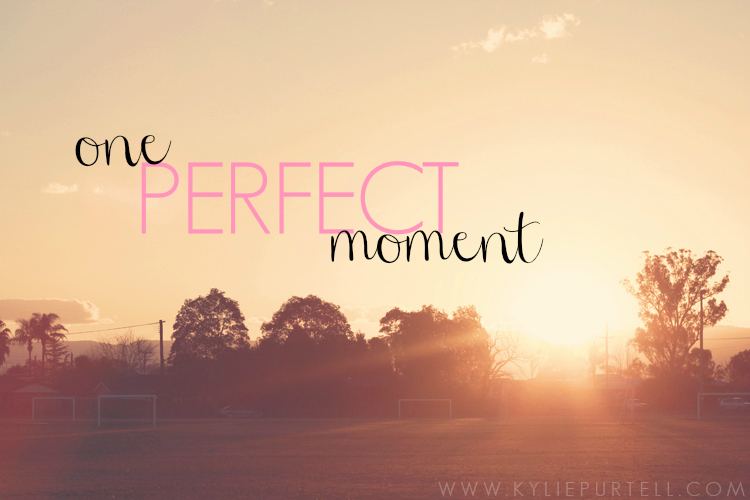 Last week I spent a day in the city with my Tafe class. It meant an earlier than usual morning for the girls and I, and we managed to get through the preschool drop-off in record time so that I could race down to the station and jump on a train to the city. 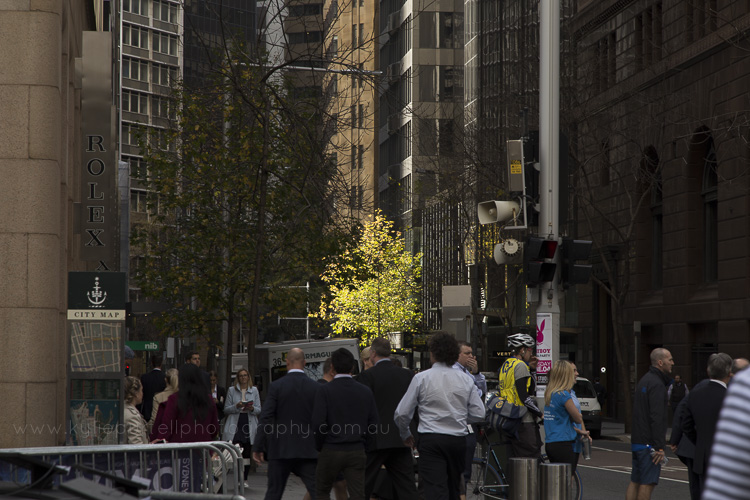 We were visiting the city so that we could go to the State Library to check out the World Press Photo Exhibition. It's a collection of the previous years and winning and highly commended press photos and it was an amazing exhibition. Moving. Confronting. Eye-opening. If you get a chance to check it out I highly recommend it, it's on until the 21st of June and it's free.

We also had a look at the Sydney Morning Herald's 1440 exhibition, a collection of some of the Fairfax photographers best images for the year. This exhibition is also at the State Library and is free. We then headed next door to Parliament House to have a look at the winners and highly commended entries to the Head On Photo Festival's Landscape Photography competition. Another must-see if you're in town. 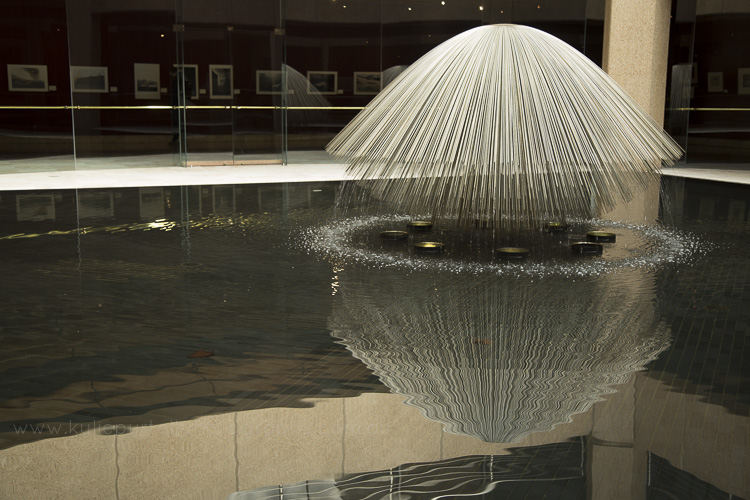 While we were in the city we were given a little photography challenge. We had to take a photo that fit the theme of "Sydney in Autumn" and it was fun to exercise our creativity for a bit. After a delicious lunch in Martin Place (I had the most amazing Thai Salt & Pepper Squid) my classmates and I wandered around for a bit, laughing, talking and taking photos.

There is always so much to see in the city, and when you open your eyes and start looking for it, the most amazing light, especially in late Autumn. I felt like everywhere we turned there was a photo just waiting to be taken. I could have spent hours wandering and snapping. 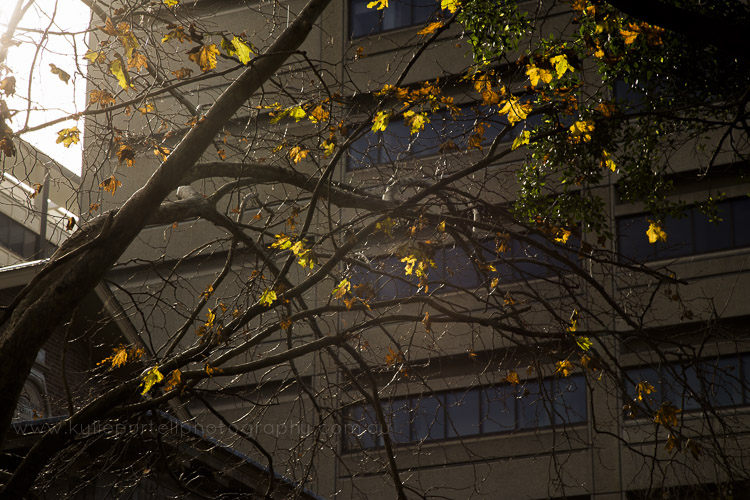 As it was we had to head back for the Landscape exhibition after lunch, but once we'd spent some time checking out the entries we were free to go. Most of the class stayed in the city to take photos of the Vivid Festival, but I had to head back home to get the girls from daycare.

I took my time though, and spent a good 40 minutes before my train looking for the light.

It was so nice to walk around with my camera, taking pictures of anything that took my fancy and trying to fill the brief of "Sydney in Autumn". I took quite a few photos, but I'm struggling to decide which one I like the best to submit to our class mini-comp. 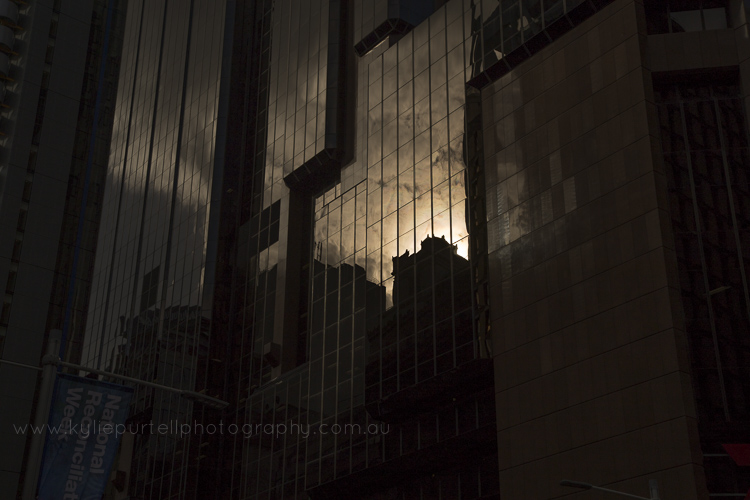 Spending time in the city with nothing to do but look for the light and take pictures reminded me of just how much I love the city of Sydney. It's truly beautiful. I used to work in the city, and aside from the travel to and from, I loved ever minute of it.

I've decided that I need to make more of an effort to get in their more often, with just myself and my camera. There is beauty and interesting things every where you look, you just need to open your eyes, stop and look for it.

Being there child-free was also pretty great in itself, and I'm so thankful that I live in such a beautiful part of the world, and had the time and resources to be able to take it all in and enjoy it.

Do you get in to the city closest to where you live much? What's your favourite city?
Linking up with One Mother Hen & The Multitasking Mummy

Denyse Whelan said…
Love this post and l too love hanging out in the city to take pics. I used to have mini excursions of my own when we lived there. Working in the city decades ago gave me skills in how to get around on foot and I love being able to find some places still unspoilt. Great post and great pics! Denyse
1 June 2015 at 11:49

Sally said…
This makes me very excited to travel down to Sydney at the end of the month, it really is a beautiful city - what great pictures! I'm only a short bus ride from Brisbane CBD and it always gives me a little photo inspo when I need it :)
1 June 2015 at 17:17

Tonia Zemek said…
I love this series Kylie. I used to work about 30mins from town and really regret not spending more time in Sydney's CBD - especially after seeing your pics!
1 June 2015 at 19:47

Caroline Raj said…
Gorgeous photos! I don't get into the city as much as I used to (before kids!) and often it is a flying visit - in and out. Yes, I should spend more time enjoying it for what it is, as you have shown. Favourite city - tough one. I have lived in Sydney and Melbourne in Oz and it is quite a regular question "which city do you prefer" - I would say Sydney is prettier, but Melbourne is friendlier. Yep - totally sitting on the fence on this one :-)
1 June 2015 at 19:54

Natalie @ Our Parallel Connect said…
I love heading into melbourne as it makes me feel all grown up. All the architecture ... The atmosphere .. It's wonderful
1 June 2015 at 21:58

Gael - The Vinyl Edition said…
I used to live right near the CBD (Melb) but unfortunately we're out in the suburbs now. I really miss living so close to the city, and even though we're only 30km from the CBD I don't really feel like I live in Melbourne anymore. :(
1 June 2015 at 22:05

Alicia-OneMotherHen said…
I am so jealous. How I would love a day out and about with no kids to just soak in the stuff to take photos of. I've been to Sydney a few times and have adored it every time. I stayed in Macquarie Fields every time and loved the train ride into the city, so much to see, and I suppose photograph. The course sounds wonderful, I am so happy for you that you a doing it.
2 June 2015 at 21:37

Eva Lewis said…
I love the photo of the tree with the yellowing leaves. I live about 40 minutes from Brisbane City and really don't go in much and spend more time out in the town where I live. I actually prefer it because it's a bit slower paced and has a lovely character. I need to get out more, working from home can be such a bore.
2 June 2015 at 22:09