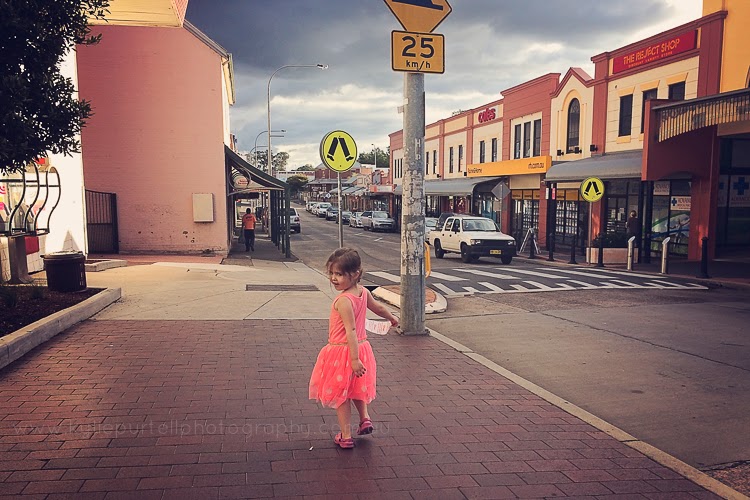 {Punky} Whenever I tell her we need to run down the street to do some shopping she complains. "I don't like shopping!", she says. Funny thing is, as soon as we get where we are going she is more than happy to explore and strut around. She's gotten to an age where she can be trusted not to touch everything in sight or run away whenever I let go of her hand (most of the time!). It's nice. And it's nice to have someone to chat to and make jokes with while doing something as mundane as getting groceries, she makes it interesting. 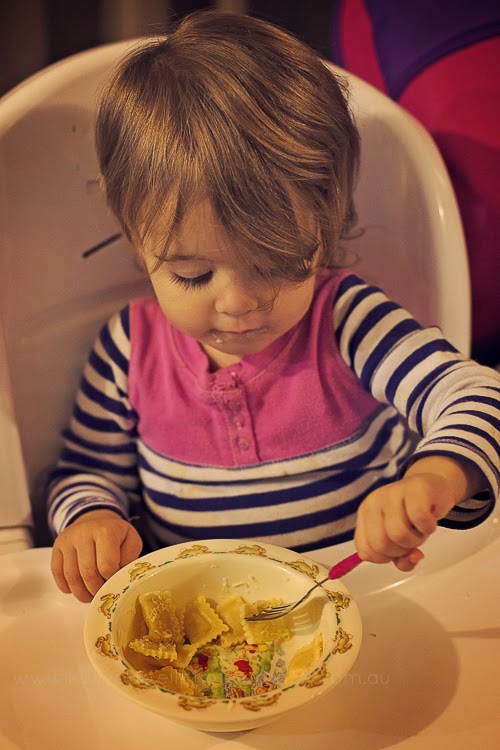 {Zee} She is obsessed with using a fork at the moment. Obsessed! To the point where she has to have one with every meal, whether it be veggie ravioli, vegemite toast, or noodles (of the Chang's crunchy kind!). She just won't take no for an answer. She's getting pretty good with it now too and the tantrums at not getting the food on to the fork and in to her mouth and are getting few and far between because of her increased strike rate. Now if she could just master keeping the spoon the right way up instead of turning it over halfway to her mouth and dropping porridge and yoghurt everywhere we'd be laughing!

Mystery Case said…
How adorable. My youngest once ate an easter egg with a knife and fork. It still ended up all over her face and the high chair. Grandma was in charge at the time and thankfully cleaned up the mess.
12 April 2015 at 10:51