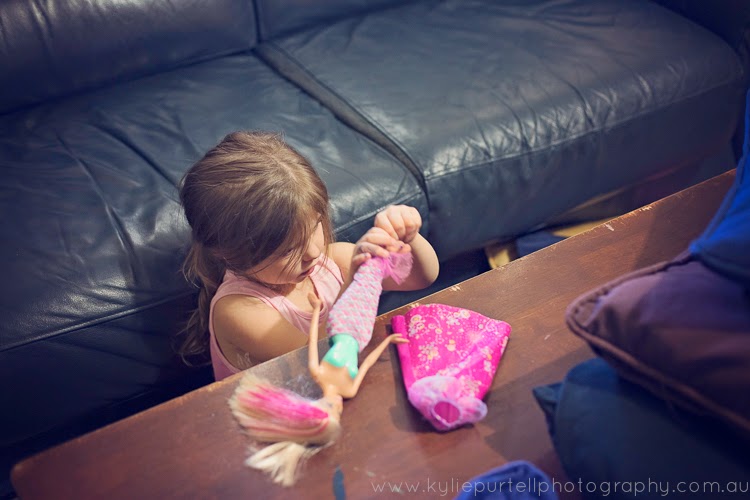 
{Punky} Listening to her playing with her toys, and especially the stuffed ones and barbies is so enchanting. The scenarios that she plays our are so interesting, and more often than not very humorous. I could sit and listen to her playing for hours. 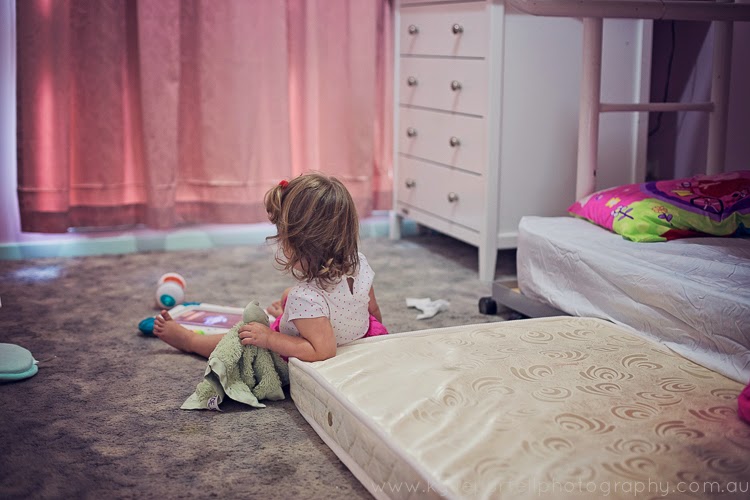 {Zee} Yesterday the girl's moved in to the same room together. To say Zee had a bit of a rough time adjusting is an understatement. Her newfound freedom of being able to get out of bed whenever she wants was exercised and pushed to it's limits. Dave and I ended up taking it in turns lying on the cot mattress beside her bed until about 2am as she periodically stuck her head up to make sure we were still there, before finally falling off to sleep again.

It's a big change for a little girl, going from her own room, in a small cot, to suddenly having all of this open space around her, and the sounds of her sister talking and moving around in her sleep. Hopefully it won't take too long for her to adjust though, because cot mattresses were not made for long-legged, full-size humans!