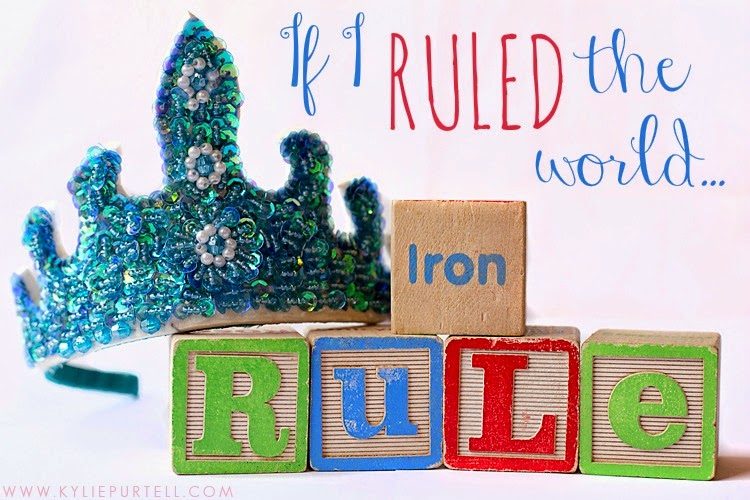 The theme for The Lounge this week is "If I ruled the world..." and it's perfect, because as it happens, I've written about this once before. So I thought why not re-publish that post for all to read, as I reckon none of you will have read it before (seeing as it was written way back in September 2009).


Have you ever read the classic book Utopia by Thomas More? I had to read this book for 3 Unit English in Year 12 and despite it being one of the driest books I've ever read, it presents an alternative to society as we know it. Here is what Blackwell Bookshop says -


In Utopia, More paints a vision of the customs and practices of a distant island, but Utopia means 'no place' and his narrator's name, Hythlodaeus, translates as 'dispenser of nonsense'. This fantastical tale masks what is a serious and subversive analysis of the failings of More's society. Advocating instead a world in which there is religious tolerance, provision for the aged, and state ownership of land, "Utopia" has been variously claimed as a Catholic tract or an argument for communism and it still invites each generation to make its own interpretation


Basically, I would make sure that everyone was equal. No-one would have more money or food or things than another person. Everyone would work towards the common good. There would be no discrimination, tolerance would be practised

In theory I suppose it sounds a lot like Communism, which in theory is not actually a bad idea. The problem with Communism however, stems from the fact human nature would never allow true Communism to exist, because greediness and the desire for power is an inherent trait of human nature.

The big stumbling block for Communism is that "temporary and revolutionary dictatorship of the proletariat" is required before a state of true Communism can be achieved. And that is where everyone gets stuck. Countries get to that point and can go no further, because the proletariat don't want to give up their dictatorship.

Obviously there would be a lot of down-sides to this and a loss of individuality, but hey, I'm ruler of the world, it can be somebody else's job to think about the flaws in my plan!

I would love to see a TRUE "egalitarian, classless," society, where everyone has everything they need, no one is hungry, and everyone works together for the common good.

I think I need to think this through better...

Natalie @ Our Parallel Connect said…
I started the year off so well but have fallen off now. Couldn't handle the immense pressure....
5 February 2015 at 10:27

Kirsty @ My Home Truths said…
I love the idea of communism too but yes, it cannot work in reality. Human nature causes all sorts of issues sometimes....
6 February 2015 at 11:51

Natalie @ Our Parallel Connect said…
No communism for me... work hard and see success. For those who need help, we are lucky here is Australia that help is always offered.. I feel lucky.
6 February 2015 at 11:54

Deborah said…
Ah yes, I completely understand this dilemma! My response to another similarly themed blog post was much the same!
6 February 2015 at 14:50

TeganMC said…
Being equal would certainly be nice, especially for education. However I can definitely see the problems that would arise.