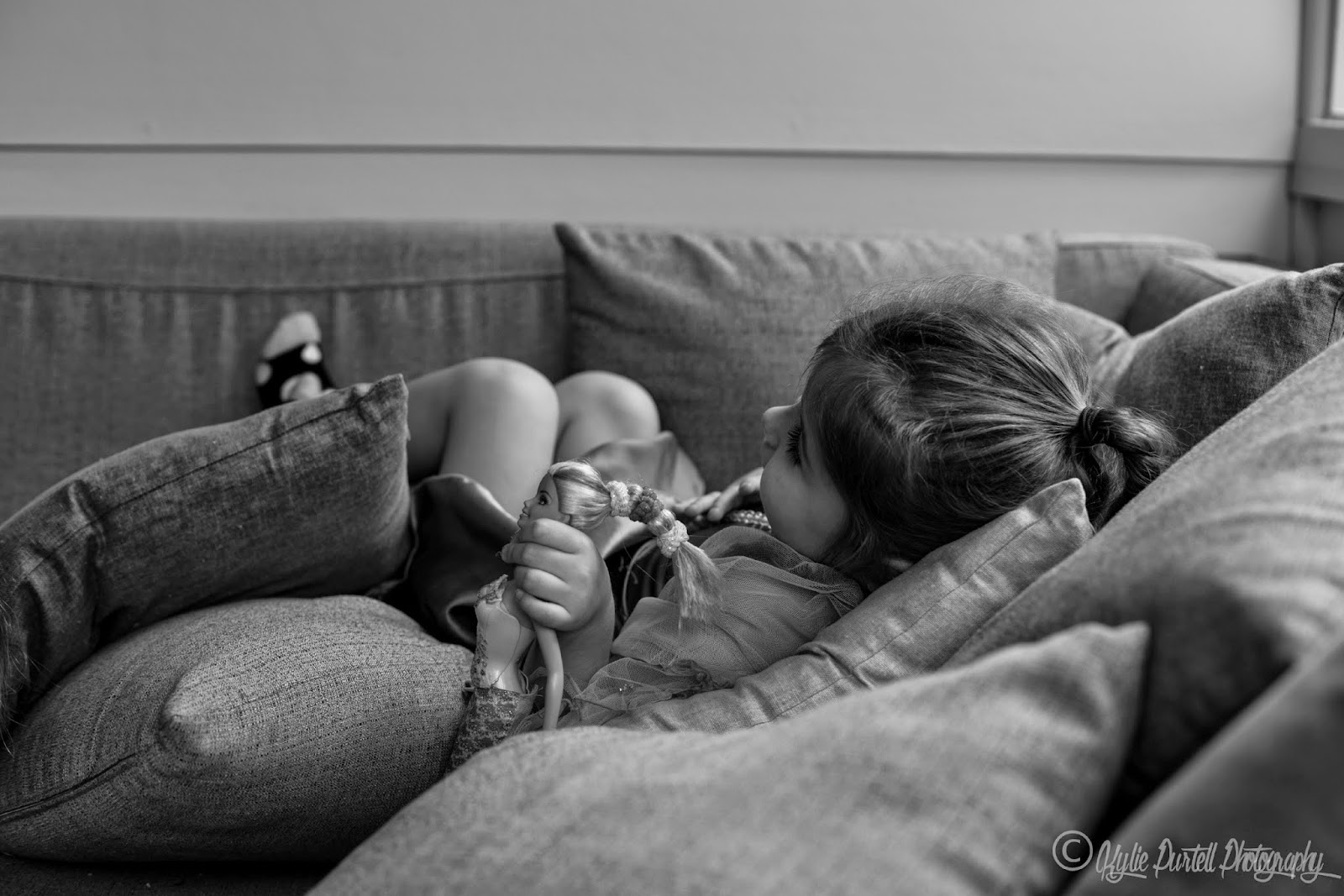 {Punky} We went to the Botanic Gardens yesterday to find the Disney Fairies. It was a bit of a bust. It rained the whole time and Punky was in a mood. Not at all in to it like I thought she would be. I suspect she was feeling a bit under the weather, which contributed to her bad mood. I think the highlight of the day for her was having lunch in the cafe, where she got to drink a chocolate milk and climb all over this lounge that had more pillows than she'd ever seen in one place! Lately, she hasn't let that Mermaid Barbie she's gripping out of her sight. She carries her around everywhere and even insists on taking her to bed! 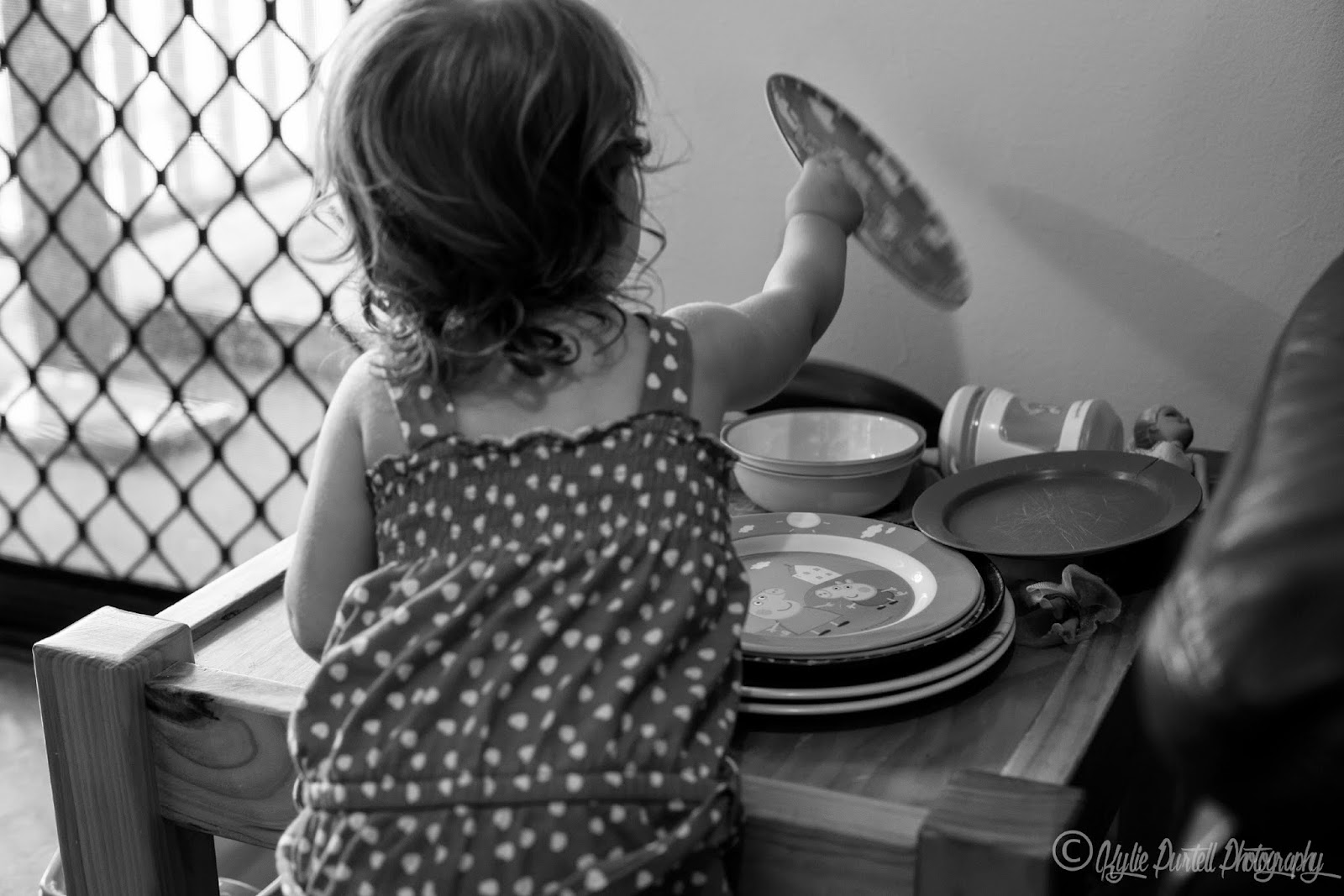 {Zee} After our 'adventure' in the Botanic Gardens, during which Zee did her best to get completely covered in dirt, soaking wet and just generally tried to go everywhere but where she was supposed to, we went back to Mum's for a quiet afternoon. Her favourite thing to do at the moment is to stack and order things. She will spend ages with the plastic plates and bowls from Mum's cupboard, laying them all out on the floor, and then stacking them neatly together on the table, one by one. She's very pedantic about things being just right, and if she doesn't put something away exactly where it is meant to go, or she sees a drink bottle or container lying on it's side instead of upright, it's her mission to correct the problem. I have a feeling we might have a little perfectionist on our hands.