I took the above photo in November. We were spending the afternoon at the in-laws, and the light was beautiful and everyone was having a lovely time exploring the backyard (all 5 acres of it). I took my new camera with me, because soon we won't be able to explore that backyard as my in-laws are selling and moving around the corner from us. So we've been trying to take the girls up earlier in the afternoon, before family dinner, so we can get as much enjoyment out of this beautiful property as we can. It's going to be sad to say goodbye.

Often when I take photos of an afternoon like this I'll have a quick look at them when I get home, see one or two that I like, maybe even clean some up and post them on Facebook. And then I'll forget about them for a while. I'll leave them to sit, let the memory in my mind percolate a little. Allow myself time to move away from the day and the vision I have of it in my head.

Then, like yesterday, a month or so later, I'll revisit the photos. Click through them slowly. Look at them with fresh eyes and without the vivid memory of the day sitting there fresh and clouding my vision. It's then that I'm able to pull out the shots that have real potential. I can look at them with a photographers eye, rather than a participant's eye.

And I'll crop, colour and experiment, until the photo that I first saw when looking at the scene and it's glorious light in the flesh, comes to life. This is what I love about photography. The chance to bring a small inkling of an image, that I have but a moment to capture on the day, to life in the way I first envisioned it, in the split seconds between seeing, focusing and capturing.

I think this photo above is my new favourite. It's Punky and her Pop. Punky loves her Pop. On this day she followed him around wherever he went, helping him garden and water the plants. They'd just finished touring one section of the yard and had sat down, having a quiet chat together. I don't know what they were talking about. I was about 50m away. Zee and Dave and my brother-in-laws are just to the left of this shot. In fact in the un-cropped version you can just see Zee toddling up towards them.

When I first looked over and saw them sitting there like that, this was the photo I had in my mind's eye in that split second before I released the shutter. It was a beautiful day, with lots of lovely golden light streaming through the trees. But in a fraction of a second I saw a small girl and her Pop, sitting on the rocks, waiting.

What are they waiting for? For Zee to reach them? For Dave and his brothers to stop mucking around? For a cool breeze to rustle through the leaves and cool the sweat on their brows after a backyard adventure? I don't know.

For me, this picture makes me wonder what they are doing, what they have been doing. It makes me ask questions about the two people, one small, one big. It doesn't give any answers, but lets the viewer speculate about what has been, what could be. That is my ultimate goal in photography. To have the viewer asking questions, thinking, wondering.

What do you see when you look at that image?


Linking up with the lovely Trish for Wordless Wednesday and failing miserably at the wordless part.
Again. 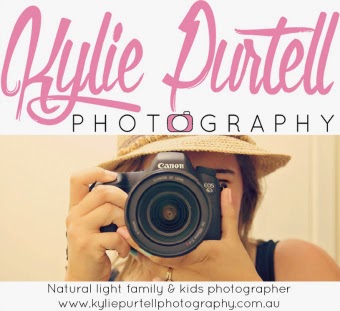 We may encounter many defeats but we must not be defeated// Life // Current Affairs
Five in 5: Linky Lovin' Friday {12th December 2014} // Blogging
Top 5 Charities to get In the Sack with this Christmas // Blogging for a Cause
Linky Lovin' Friday (5th December 2014} Ideas for Advent
5 things... I've ben loving lately // Ramblings
An Insiider's Guide to Perth // Ranty McRanterson
Enough // Ranty McRanterson

Kylie Purtell said…
What a gorgeous photo. I completely fail at being wordless on Wednesday as well, although, I'm practically wordless this week.
17 December 2014 at 07:20

Kylie Purtell said…
I think it's a wonderful moment you've captured :) I love photography but am a novice. I love playing around with my photos in PS. Wish I had more time to.
17 December 2014 at 08:52

Kylie Purtell said…
I love that photo - the B&W helps you focus on the people equally to the surroundings.
17 December 2014 at 16:36

Kylie Purtell said…
It is nice to have fresh eyes when you really want to take stock of the photos you have taken. Love the shot in B+W.
17 December 2014 at 18:34

Kylie Purtell said…
It reminds me of something from the 1920's - especially with that hat Punky is wearing and with the B&W. Great shot. Really enjoyed that post - photography wanker or not - I got what you were saying!! xx
17 December 2014 at 22:44

Kylie Purtell said…
It is a lovely shot. I reckon Punky has looked over to whats happening with a 'What ya reckon Pop' look on her face. His face just says it all with 'I don't know mate' I really don't know!! I have just recently joined our local camera club and have my photo challenge calendar/ prompts ready to have a go this year. Hopefully I will 'nail' a few pics like you have here and we can talk the talk and be wankers together…he he!!
18 December 2014 at 16:30

Kylie Purtell said…
Beautiful Kylie. I see two souls whom are very comfortable with each other. They can sit in silence and just be next to each other. Its something I also try with my pics. I try and get the viewer to feel something when the look at the picture whether it be happy sad or just interested. Best of luck with it all you will be wonderful !
18 December 2014 at 17:57

Kylie Purtell said…
It is a beautiful photo hun and the two different expressions on their faces tell two different stories lol xx
20 December 2014 at 10:04

Kylie Purtell said…
Haha, always good to have a fellow wanker to talk shit with! I really want to join our local camera club but all of their meetings and events and workshops are on a Wednesday night which is Family Night at Mum's so it's a no go for me at the moment. Hopefully if they ever change the night I might be abe to. But I'm sure there will be plenty of stuff I can get involved with at Tafe so I'm excited!
22 December 2014 at 18:48

Kylie Purtell said…
Definitely, I always see things that I didn't first time or even second time around when I let a bit of time pass.
22 December 2014 at 18:50

Kylie Purtell said…
Yep, I think it was definitely made for B&W, the colour one doesn't help you focus on the people as much.
22 December 2014 at 18:51

Kylie Purtell said…
Just gorgeous! The relationship between a Pop and their Grandkids is so super special!
My twin one year old nephews live at home with their Mum and Grandparents (my parents) and my Dad has said it has been the best year of his life. He worked so much and such long hours when we were kids that he never really got to see us grow up so it's like he's getting a second chance with his grandsons!
Such a special photo!
24 December 2014 at 14:58