Punky & I were guests of the promoter
The other week Punky and I were lucky enough to attend the Peppa Pig Live! Treasure Hunt show at Penrith Panthers. It was the perfect excuse for a little one-on-one time with my big girl, something that there hasn't been a great deal of lately, and that I knew she was really needing. She was super excited in the lead-up to the show, asking me every day all week when we would get to see Peppa on stage. We even bought a new long-sleeved Peppa Pig tee in preparation for the show.


Sadly my crush Daddy Pig appeared in the show for a grand total of about 30 secs right at the beginning. It was a bitter disappointment, but I pulled myself together for Punky's sake and enjoyed what was actually a really good show.

I think Punky was a bit confused at first, as the characters are small puppets  being held by the actors, and it might have been a bit hard for her to figure out what was going on. But the excitement of seeing her favourite characters on the stage soon took over and she was smiling and clapping along.

There was lots of music and the show was the perfect length, about 50 minutes with a short intermission. The actors were really good and the story was very cute. My only issue was that the voice of Peppa was so high-pitched and whine-like that it was hard to understand what she was saying most of the time. And of course Daddy Pig's limited stage time. I could have done with a little more of his loveliness on the stage! 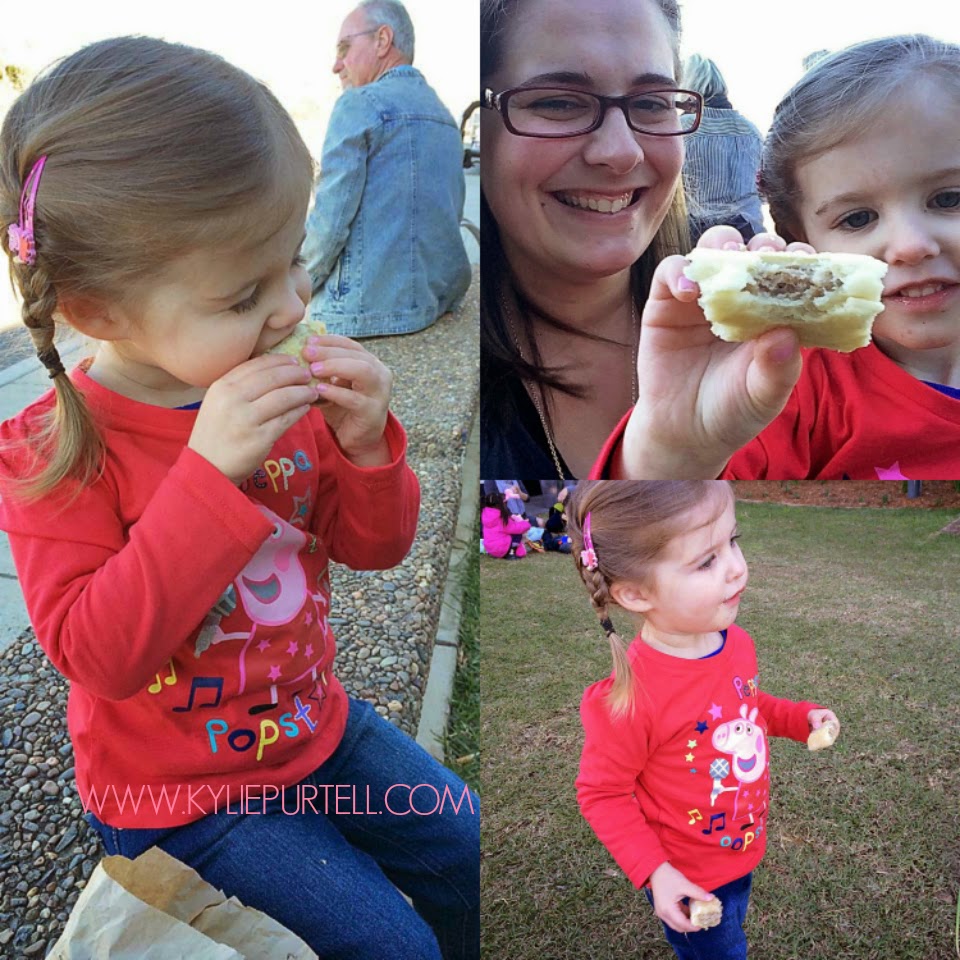 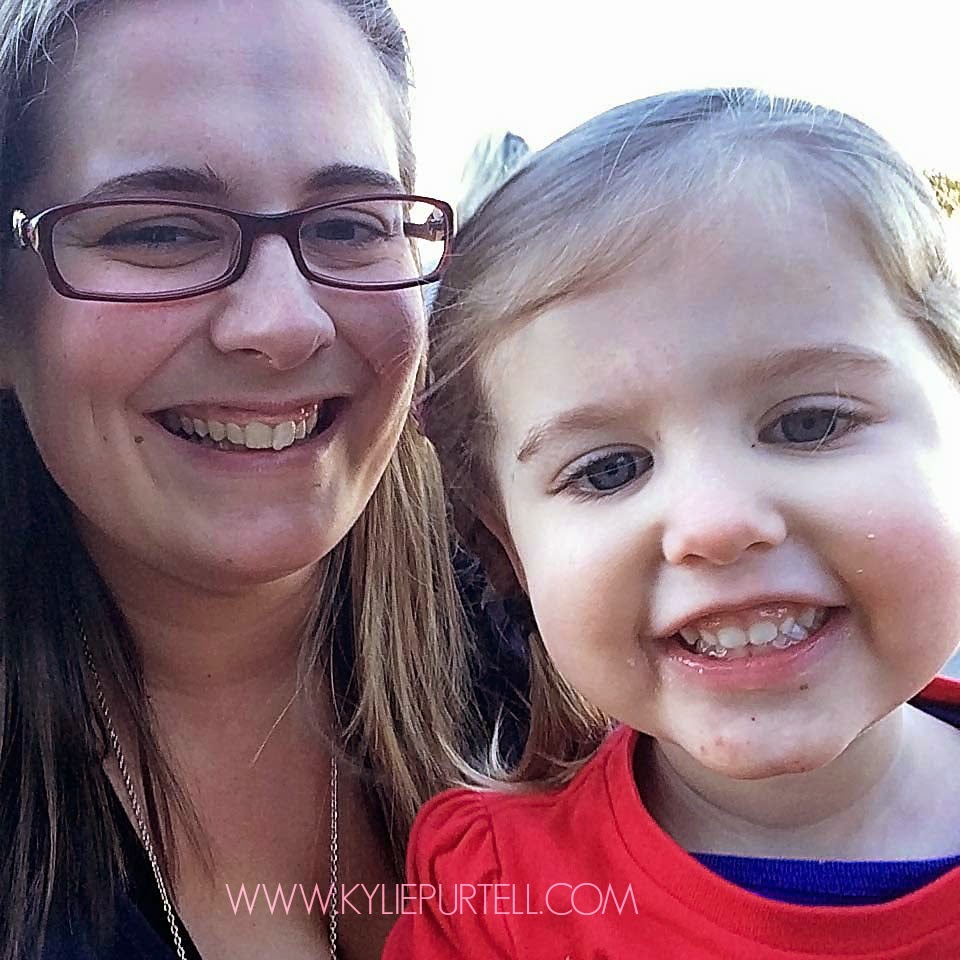 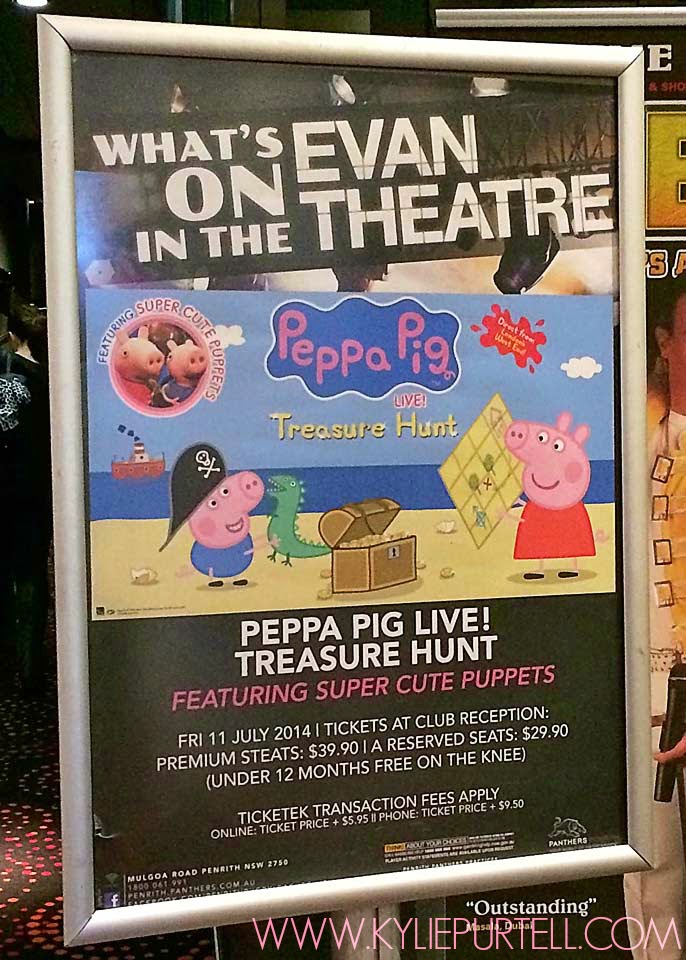 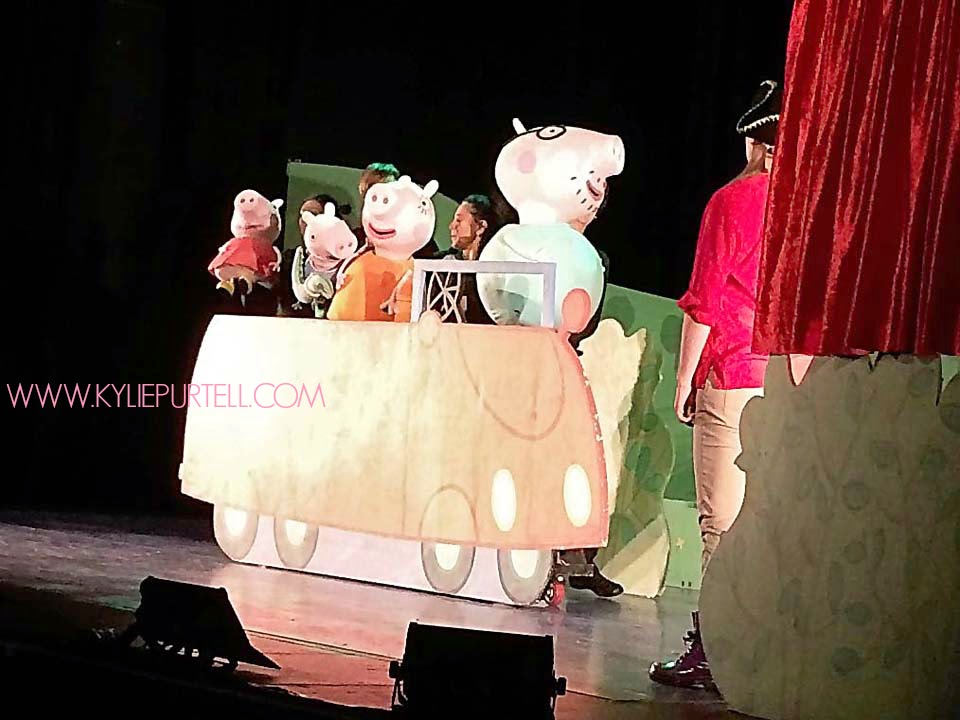 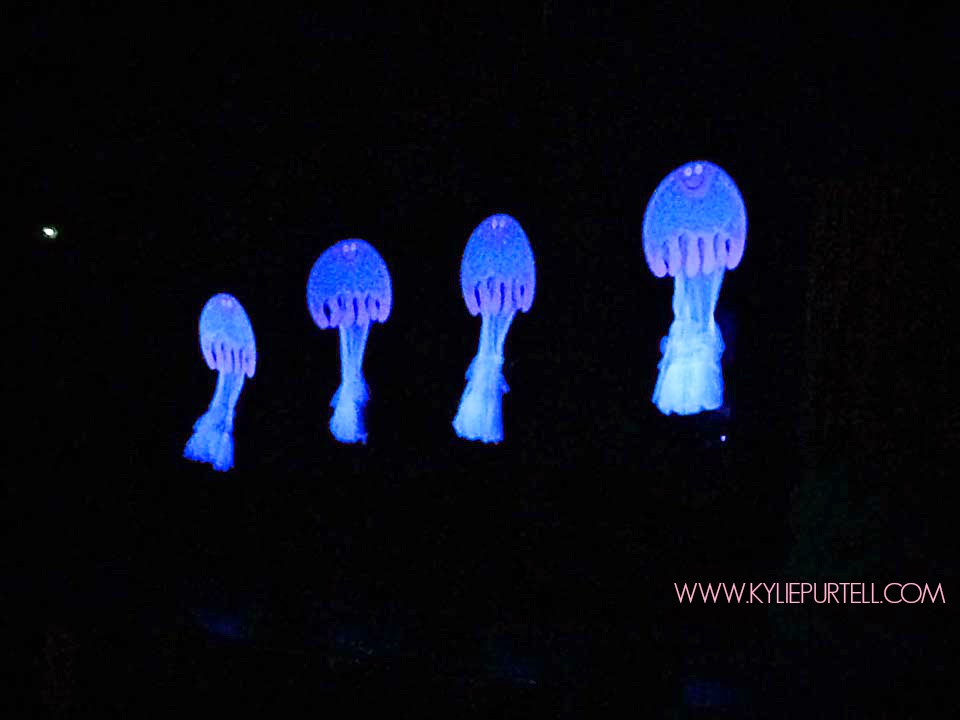 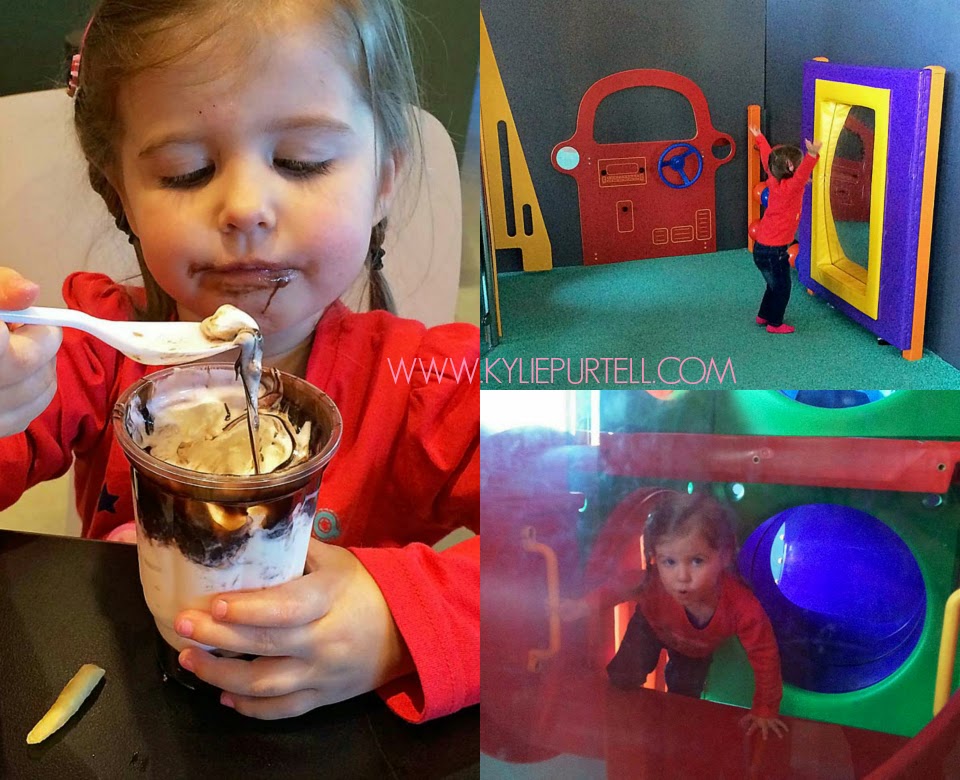 Have you taken your kids to see a live show? Ever gotten to see your celebrity crush in the flesh?

Disclaimer: Punky and I were lucky enough to be the guests of Life Like Touring and Kids Business. Our tickets were complimentary in exchange for posting about the show. As always, all of the opinions expressed in this post are my own.

Kylie Purtell said…
This is so lovely. I remember the photo where she went to sleep so fast afterwards. There is nothing like a LIVE show to add to kids' experiences in life. D xx
23 July 2014 at 17:24

Kylie Purtell said…
No I haven't seen my celebrity crush in the flesh, I would go totally ga ga!
I took the girls to see Elmos World Tour a couple of years ago, Izzy love it. Haven't been to any for ages.
I am really enjoying my one on one dates with Summer now Izzy is in kindy :)
23 July 2014 at 21:14