So I've been promising an update on Operation Lose Baby Weight all year and I have finally gotten around to it! I'm sure you've all been waiting with bated breath! With everything going on at the moment things have been a bit hectic but here it is, progress update number 1! 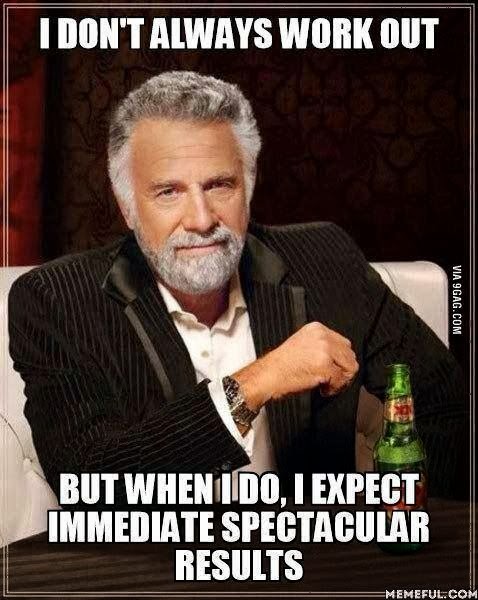 So basically a couple of toddlers. Easy right?!

At the time of writing I had lost 7.5kgs and I basically didn't lose much more for the rest of the year. I think I underestimated how hard it would be with a newborn and a toddler. Don't get me wrong, the eating was relatively easy, but the exercise was damn hard to get in. Still is. Babies and toddlers just don't seem to get the need to nap at the same time, the little buggers!

I had weeks where I completely fell of the wagon and ate everything in sight, vowing to myself that I would start fresh the following week. If I had one bad day then I would write the rest of the week off and use it as an excuse to not even bother. I didn't put on any weight thankfully, but I didn't really lose any either.

A funny thing happened come December. I'd been reading a lot about health and fitness and thinking about why it was that I wanted to lose weight and I had an epiphany of sorts.

Every time I've lost weight before I've struggled with the "want results immediately" mindset. You know, the one that makes you want to instantly lose the weight and be a million times fitter after just one week of healthy eating and exercising.

The thing is, that just ain't gonna happen. Losing weight and getting fit is a long-term process. There are no quick-fixes if you want to do it properly and keep the weight off. It's about making lifestyle changes that will stick, doing things and creating new habits that you will carry forward with you for the rest of your days. 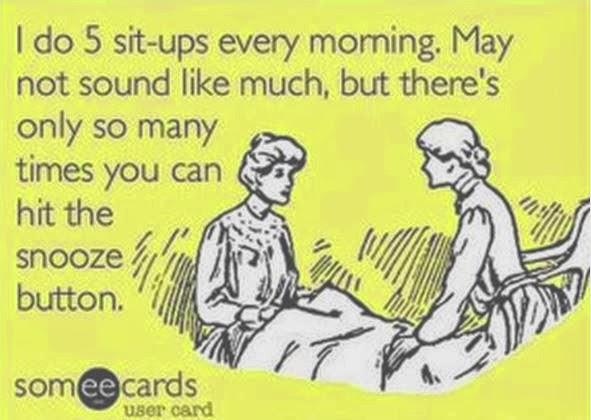 I finally realised, and more importantly believed, that just because I might have one bad day, doesn't mean I should use that as an excuse to write the whole week off. That healthy eating and exercise don't just have to start on a Monday.

I realised that I needed to stop beating myself up when I did have a bad day. To remember that everyone has a bad day and that this is an ongoing process. I realised that I'm not gonna lose the weight overnight, that it's going to take months, and that I'm actually ok with that.

Sure I have days when I look at myself in the mirror, or see the number on the scale and wish that it was all happening faster and that the weight would just fall away. Days where I wished that I could just run the whole 4kms non-stop without having to build up to it. Days where I just wished I could eat all the chocolate in the world without having to worry about how it would affect my efforts at creating a healthier me.

It's just that I have a different mind-set now. I am committed to making my life better, health & fitness wise, and I know that it's going to be a process, a long-term process, and that even once I reach the weight loss goals I set for myself I won't be able to just go back to old ways of eating, sitting around and thinking.

And it's made a big difference.

Just before Christmas I did a week of Lite n Easy and I lost 2 kgs. I did the first week to see what the food was like and if it might be something that would help me in achieving my goals. It was. I put back on 1.5kgs over Christmas and New Year but I was still 500g lighter than I had been and I used that as the perfect jumping off point.

Since the beginning of the year I have lost over 7kgs. Which brings my total weight lost since my blog post back in September up to 15kgs. I have hit my first 2 goals, to get under 90kgs, and then to reach my pre-Zee weight, and I am feeling so good for it.

Eating well has been easy with Lite n Easy. I really enjoy all of the meals and it's just so bloody convenient! Not only do I not have to plan out and shop for my meals but I don't have to obsess about what I'm going to eat, or worry that I'm not gonna have the time to actually make lunch because it takes minimal prep work. I'm loving it! **not sponsored one little bit!**

Exercise is still a challenge but I try to work in at least some incidental exercise in to my day so even if I don't get to run or do one of my exercise DVDs I'm still doing something.

I didn't quite reach my goal of being able to run 2kms non-stop by the end of January. I made it to 1.6kms which is not a bad effort. Dave and I are both signed up to run the 4km Mother's Day Classic in May, so of course that is my goal. I've been doing a combination of the C25K program and just running for as long as I can.

I definitely find it easier to run on the treadmill, purely because it's easier to distract my mind watching crap on TV while running. When I run outside it's a lot harder to distract myself from the "Oh shit, I'm going to die!" thoughts with just a bit of music, so it's something that I'm working on. 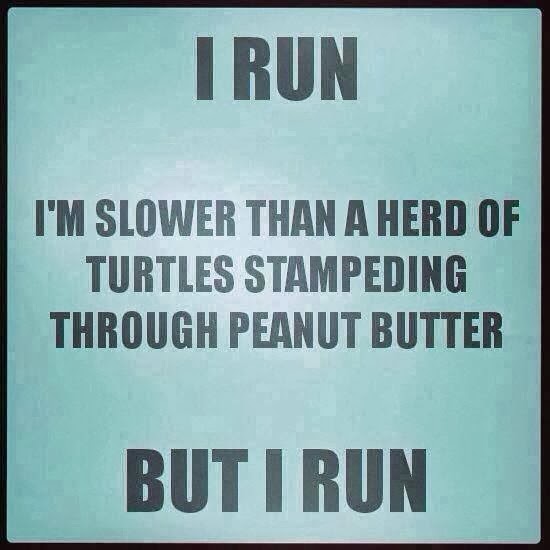 Ultimately I don't care what time I do in the 4km, I just want to make it to the end. Dave has set himself the goal of running it in under 18 mins and he is already getting close to that. I won't lie, I'm jealous! He makes it look easy, even though I know it's not.

More than anything the biggest change has been in my mental state. I feel so much better about myself and motivated because of the mindset shift I've experienced. I'm not really too fussed by the numbers on the scales to be honest, because I can see the results of my motivation and commitment in other ways.

Like being able to comfortably wear my pre-Zee jeans without feeling like I need to pop the buttons to sit down. Being able to wear underwear that I bought before I fell pregnant but which I never got to wear because it didn't fit. Buying some new swimmer bottoms that are 3 sizes smaller than the ones I was wearing.

That is what is most important, feeling better mentally and having tangible evidence of my progress, not just some numbers on a scale.

So that's where I am at! I'll post another update soon, as I plan to try and make these a bit more of a regular thing!

How is everyone else doing with their goals, plans, dreams for 2014?

Linking up this Tuesday with Jess for IBOT.

Kylie Purtell said…
You are doing so well. I love your dedication and resolve to get back on the wagon once you've fallen off. I really find it hard to exercise and wish I had a treadmill or some sort of exercise thingymajig that I could do in front of the tv. One of my goals this year is to go to the doctor to get a few things checked out that are preventing me from exercising. I still haven't done that yet. Maybe next month?? ....
25 February 2014 at 07:29

Kylie Purtell said…
That is awesome Kylie, not so much about the weight loss, which is awesome don't get me wrong but the change in you mindset is the most awesomest. Sending you lots of fairy wishes and butterfly kisses with you on your journey
25 February 2014 at 08:45

Kylie Purtell said…
Well done you! Living a healthy lifestyle is definitely a long-term thing and we need to give ourselves time to form this habit and make it part of our life. Don't give up!!

Kylie Purtell said…
ugh I have to start running again, I haven't been to the gym since Christmas and I was doing so well! Yo sound like you're doing fabulously though, keep it up!
25 February 2014 at 13:01

Kylie Purtell said…
Well done! I am still holding my now legendary 6kg and I am about to down some more chocolate! Still breastfeeding, still got milk fat...sigh! I do want to try Lite and Easy. I know the weight will go when bub weans though.
25 February 2014 at 14:26

Kylie Purtell said…
Sorry to jump in Jody but I just have to say I agree with you!! I also still have the lovely 'milk fat' which just won't budge no matter what I eat or do (the kit kat I just ate probably won't help either!), but I know as soon as I stop b'feeding the extra weight will just fall off. Everyone else I talk to say their weight just falls off when they are b'feeding and it was making me feel like I was abnormal!
25 February 2014 at 14:53

Kylie Purtell said…
Well done Kylie, you are doing such a great job. I've also signed up for the Mothers Day classic this year. When I saw the race last year (whilst pregnant) I vowed I would be fit enough to run it this year. I have a similar goal to you, I don't care how long it takes me, I just want to finish it! Keep up your fantastic work x
25 February 2014 at 14:55

Kylie Purtell said…
We'll done, that's fantastic progress!! I am still struggling with my weight loss and finding it very disheartening. I don't have a lot to loose - about 8kg but I just can't seem to shift it at all!! I like how you're looking at it though xxxx
25 February 2014 at 22:01

Kylie Purtell said…
Well done so true yet another thing to beat ourselves up about as long as you make an effort. I also have just got into running man it is hard but I have come to enjoy putting my music on and getting lost in the tunes as I push myself to run for 8 minutes non stop. You have done fantastic to run for 1.6kms. Keep running Mamma!
26 February 2014 at 13:08

Kylie Purtell said…
Congratulations Kylie, on finding something that works for you. As far as exercise goes, I find that building in incidental exercise can be the difference between make and break. Having said that, I have been unusually sedentary for the past year, and it is showing :(
26 February 2014 at 14:28

Kylie Purtell said…
Great going Kylie, in the immortal words of a once-famous, Kiwi born supermodel, "It won't heppen overnight, but it will heppen." The more people stress about a goal the more it eludes them, so the mindset you have now is great. By the way... have you seen what's just been launched today by Kate over at Operation Move?? ;) x
27 February 2014 at 00:33

Kylie Purtell said…
Well done for not giving up, because it is easier to not do anything, so I think it's awesome you understand how it all works best for you. I
28 February 2014 at 13:34