I Need a Holiday... from Myself!

I try to be a positive person most of the time. I try to always look on the bright side and encourage myself to think happy thoughts. When crappy thoughts start to sneak in I remind myself that there are people out there who have it much worse than me and have a much tougher life and things to deal with than I do.

But sometimes those thoughts just invade my mind and I get to a point where I really need to just take a holiday. From myself!

Up until yesterday I had been stuck in the house for almost 4 days straight with a sick toddler. Nothing but me and my own thoughts due to the fact that Dave was working or wrangling said toddler for me, coz I just could not handle the whinging anymore.

Friday night was bad. On Thursday Punky was spiking a 39 degree temp and very lethargic, so I took her to the first doctors appointment I could get that afternoon and it turns out the poor thing has an ear infection and an upper respiratory infection. No wonder she was feeling miserable and out of sorts.

So I called daycare and told them she wouldn't be in the next day, and I called work and let them know that I would be attempting to work from home on Friday. Friday dawned and I gotta say, she was pretty good most of the day. A little more sooky than usual but that was to be expected. What I didn't expect was the unsettled-ness of the evening. 3 and a half hours it took for me to get her calm and to sleep, in between trying to get work done.

At this stage of the pregnancy game, leaning over the cot for extended periods, or trying to hold her is really, really effing tough on my back and I think that is what made it harder than it needed to be. I just couldn't stand there for long periods of time. Even sitting on the floor didn't provide me with much relief. I can't tell you how glad I was when she finally settled once and for all.

So that, combined with some abnormally high BSL results, which always make me feel like somewhat of a failure, even though I know it's not my fault, it's just my stupid body, really did not leave me in a great state of mind.

By Sunday I was feeling super depressed and had a bit of a cry to myself while Dave took Punky to the shops to do the grocery shopping. I think he could tell that I was on the edge and really needed a time out. I don't know what I would do without him, he is an absolute rock star of a husband and father, definitely the best of the best. I only wish there was more I could do to let him know how much I appreciate him.

I gotta say, being pregnant with a toddler sucks. I generally suffer from shocking moodiness around PMS time, and when I'm pregnant I get super moody. I thought it was bad when I was pregnant with Punky but its so much worse when I have a toddler whinging incessantly to deal with as well.


Yesterday I knew I needed to get out of the house and so once Punky was down for her nap I headed off to Ikea. It was exactly the retail therapy I needed. I could spend ages (not to mention thousands of dollars) in there and I took my time looking for exactly what we needed.

I found the perfect bookshelf/cabinet to go beside the tv unit and replace one of the wall units that's going back to Mum's place to make room for some of the furniture that needs to come out of PJ#2's room. I also picked up the ceiling light I want for PJ#2's room and got 18 pieces of kids cutlery for $1.95. Finally Punky will have some decent forks to use!

That little shopping trip has done wonders for my mood and my state of mind. It really wouldn't have mattered where I'd gone, just getting out of the house was really what I needed and it has done the trick. I'm feeling more positive and not so down, and like I can face at least the next few weeks without another major downward mood swing.

I finally feel like I am getting on top of the sorting and cleaning that needs to be done before bubs arrives and I'm not as freaked as I was about it all. Is coming up so fast. That's another thing about being pregnant with a toddler... pregnancy goes so much quicker the second time around! 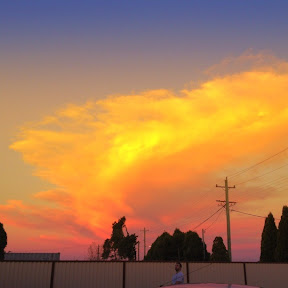 Now I just hope that this sore throat pisses off and leaves me the heck alone because I really don't fancy getting sick!

Is there anything you do to help pick yourself up when your moods are swinging down? Do you sometimes wish you could just take a hid day from yourself and completely detach your thoughts and mind?

Linking it up today, as I do every Tuesday, with Essentially Jess for IBOT.

Kylie Purtell said…
Ikea is definitely one of my fave places to get lost for some retail therapy too haha. Hope Punky is fully recovered this week and you get more rest. Sometimes I do wish I could just drop everything and fly off but oh well. Sleep usually helps me to get over a really bad mood or day. I usually wake up feeling better or forgetting why I was upset :p

Kylie Purtell said…
For me a soak in the bath with my book and the bathroom door closed works wonders.
I can only imagine how hard it must be for you and hope that you continue to get the support from Dave that you need - amazing husbands are hard to find - I'm so glad I have mine !
Have the best day that you can and take care of yourself !
Me
4 June 2013 at 09:34

Kylie Purtell said…
glad you turned it around - i think the circumstances you describe would get to all of us. i tend to retreat to pick myself up but my kids are older now so i can do that (bath, dvd, reading in bed, candles...) i think this is one of those things i have blacked out of the early years lol
4 June 2013 at 09:59

Kylie Purtell said…
Oh god yes, I feel like this big time. I need to get out of my own head. For me, Ikea would be the last place on Earth I'd go. I find it stressful and anxiety provoking in that place and avoid it. I'm weird.

Kylie Purtell said…
Sounds like you do need a rest...pregnancy is always more hard work the second time around
4 June 2013 at 12:46

Kylie Purtell said…
Yay! So glad it worked! Turns out there is a piece of code that I was able to change in my blog template and that has fixed the issue!
4 June 2013 at 16:58

Kylie Purtell said…
Retail therapy is totally therapy! I can't believe how good it makes you feel, especially when you can get stuff you've really wanted for a while. :)
4 June 2013 at 17:34

Kylie Purtell said…
He definitely does make it so much easier! Having him on his new shift rotations (4 days on, 3 days off) and knowing exactly when he is going to be working has really helped too. I am a very lucky lady, that's for sure!
4 June 2013 at 17:53

Kylie Purtell said…
Its certainly been a learning experience. having a toddler and not having that chance to just get out of the house and have some time to myself whenever I need it.
4 June 2013 at 17:53

Kylie Purtell said…
Taking time out to just breath is exaclty what you need - I remember being pregnant whilst still trying to look after a baby (my youngest 2 are only 13 months apart) and it's HARD! I've never really found that reminding myself that others are worse of helps me much (I KNOW there are many who are) but it's all relative isn't it and all it does is make me feel guilty for being such a whinger. Just be kind to yourself and take every chance you can to have a little time out.
4 June 2013 at 19:48

Kylie Purtell said…
I really know how you've been feeling. I was SUPER narky on the weekend, irritable, depressed and restless all rolled into one big pregnant ball. So much harder when you have to deal with little ones in the mix as well. My poor boys don't know what planet mummy is from some times I'm sure!! I try to get time out for myself, listen to music or read a book. Anyway I can escape & regroup. Hope you have a better week xx
4 June 2013 at 20:03

Kylie Purtell said…
Whether it's retail therapy or not, at this stage in the pregnancy game, getting things done makes you feel more in control. Don't forget to squeeze in some rest though. X
4 June 2013 at 23:18

Kylie Purtell said…
Sounds so tough Kylez. Yes, whingy-ness sucks. I always feel terrible, but I hate having sick kids because I am so intolerant. Glad you found the antidote! xx
4 June 2013 at 23:20

Kylie Purtell said…
Hope things start to calm down in your house Kylz. I am excited and also dreading the day that the ikea opens up near my house. I could buy everything from their.
5 June 2013 at 11:13

Kylie Purtell said…
Darl! I'm sorry you feel so crap. And yes! I want to hide all the time at the moment. Thank god my time has come this weekend. My whole family is going up to the Mountains this weekend and leaving me here alone for four glorious days and nights. A mental health staycation! I just can't wait for them to eff off actually. Not really a nice thing to say but when I'm depressed I can be a not very nice person.


You are so lucky to have Dave. These last couple of really hard weeks have made me wish I had a partner in this gig for the first time ever. My family is awesome, but to have a man around that was also responsible for Ned and help me out with the discipline and all the love and attention he needs would make such a difference.


Relax when you can. Take deep breaths, as Ned told me the other day when I was crying, and remember "this too shall pass".

Kylie Purtell said…
Right now I have razor blades in my throat, yes it's Fri, I've taken AGES to get here! I feel for you hun. I remember when I was preg with No.3 and both my two were sick and I was about 37 weeks pregnant, seriously I wondered how I was going to get through another minute, let alone another hour! This, like everything will pass, and please just have that pity party, don't beat yourself up about it and you can make it up to your super husband when No.2 is here. He can have a day or weekend off, he sounds like he won't mind waiting for his turn, HUGS - Em xx
7 June 2013 at 19:36