My Baby's All Growed Up!

I haven’t really had much time to write my IBOT post today as I have just been so busy, and I am once again working today when I usually don’t.

The weekend was massive, Friday was Punky’s birthday and I took her to an indoor kids play centre at Penrith with Kelly HTandT and her kids for the morning (click over here to see some super cute pictures) and she had a fantastic time! The morning was a little crazy, she woke up in a bad mood and so we spent the morning until it was time to leave with her whinging and me wishing it was a year ago and she was the exhausted newborn sleeping on my tummy!

We spent a few hours at the play centre and then she promptly fell asleep in the car on the way home. I was not too happy about that, as when it usually happens she is then wide awake once we get home and won’t have a proper nap. And when we only live 25 minutes from the play centre? Well, a 20 minute nap is not my idea of a proper nap! 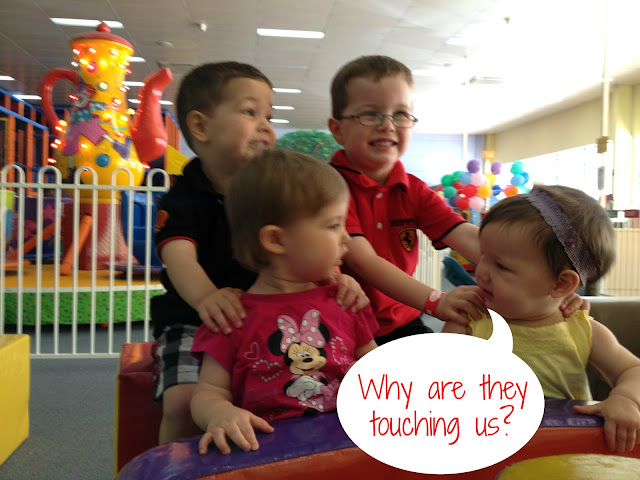 I shouldn’t have worried though, as we got home and she barely stirred as I got her out of the car, inside and into the cot. She then proceeded to sleep for just over 2 hours! I could not believe it! She has a nasty habit of not sleeping much for me and doing all her long naps when she is being looked after while I’m at work, so I was pleasantly surprised, and it meant I got to do a little blogging stuff and read some FYBF posts.

Friday evening we went to my Mum’s place for the annual decorating of the Christmas tree. This usually happens the first weekend in December, but as my sister Kate is getting married on Saturday we had to move it forward a week and it made sense to combine it with Punky’s birthday.

Punky opened her presents, we had a Christmas feast, and then the tree was decorated. I must admit I wasn’t much help as I was too busy helping Punky play with her new toys! Once the tree was up we then had an ice-cream cake for Punky and some apple pie for dessert. 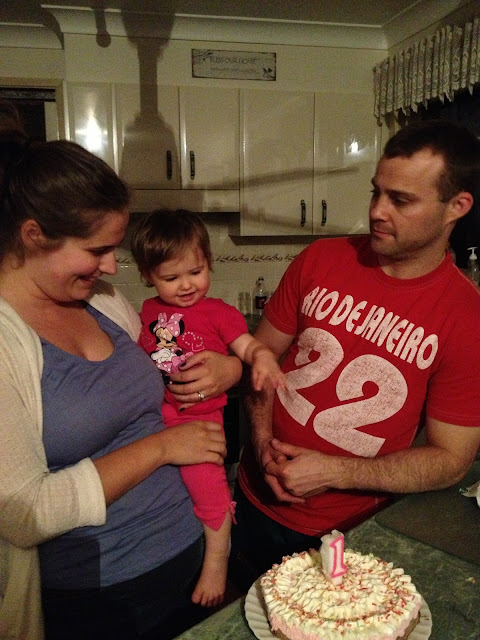 I was so impressed with Punky, I thought she was gonna cry for sure when everyone started singing ‘Happy Birthday’ but she was totally fine and very impressed with the candle on the cake! She also thought the cake was delicious, but then, its not every day she gets ice-cream so she was always gonna love it!

Saturday was spent getting stuff ready for her party on Sunday, with a quick visit up to the in-laws for some more presents for the munchkin. Punky is so lucky to have such a loving family and I love to watch her play with them and have fun, she is turning in to a really cheeky little monkey too! 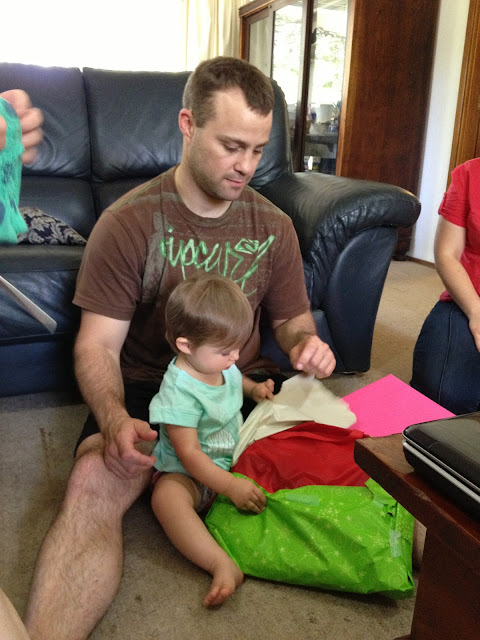 The party on Sunday went off really wel. It was a stinking hot 38 degrees, but everyone seemed to have a good time, and most importantly, nearly all of the food was eaten! I was imagining having 2 weeks worth of leftovers that Dave and I were gonna have to try and eat our way through, but thankfully everyone was in fine form and the fruit, sausage sizzle and salads were gobbled down.

We held her party at the park down the road from our house, and thankfully I thought to take her water play table down. Let’s just say there were some very wet kids, and very jealous adults! Punky was absolutely drenched before we even had the cake, but it didn’t matter, she was having a good time, and most importantly, she wasn’t hot! 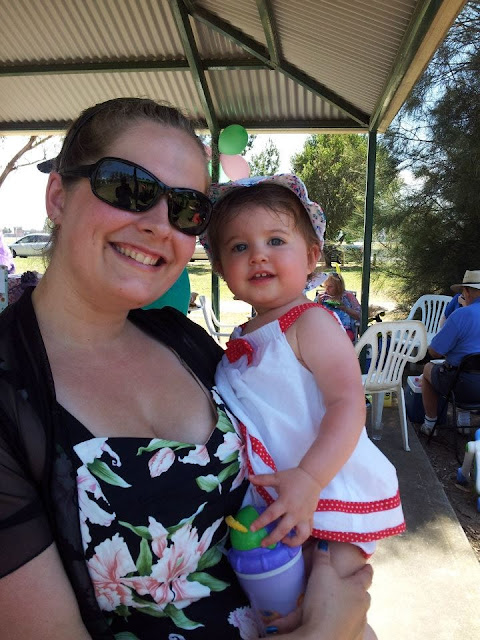 Yesterday we spent the day trying to get the house back in to some kind of order, after being out most of the weekend. I don’t know about you, but when we have busy weekends our house always manages to look like a freaking bomb has hit it by Monday, even if we are barely there! It’s like the mess multiplies! What is with that???

Thankfully it didn’t take long to restore a little bit of order and I was left to play with Punky, and then amazingly we both had a two and a half hour nap in the afternoon! It was amazing! The last few weeks Punky has just started putting herself to sleep for her day naps and not just at night-time and I am forever thankful for that. Makes everything so much less stressful and makes for a happier Mummy and happier baby! Yesterday was the first time she did it for me and I was so impressed, and a little bit sad at the same time. My baby’s growing up! L

So how was your weekend? 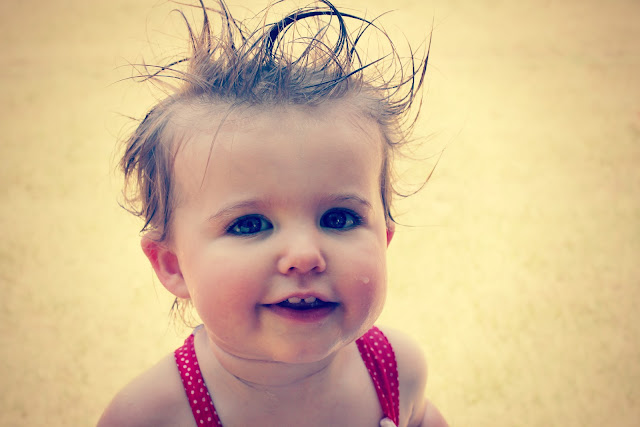 Linking up with the ever fabulous Jess for IBOT, the coolest linky in town on a Tuesday!

Lyndal said…
she might be a year older but she is GORGEOUS!!

tahlia @ the parenting files said…
That last photo is gorgeous! Talking of water play.... I am trying to source one as we speak.

Ai Sakura said…
Sounds like a fab weekend! I hate how my girl falls asleep in the car on short car rides too as she tends to wake up once I try to move her :/

Happy belated birthday to the sweetie :)

YellowDandy said…
First birthdays are so much fun, but also a little sad. No longer a baby :( , but I agree when day naps become easy it changes the whole day!!
27 November 2012 at 23:46