Punky's 1st birthday is not until November, but I have been busy pinning away ideas for it.

I love Pinterest. I don't get on it as much as I would like, purely due to the fact that my phone just doesn't seem to like it, so the only time I really get a chance is when I'm actually on the laptop. My current pinning obsession is ideas for our hopefully-soon-to-happen Bathroom and Kitchen renovations, not to mention pinning ideas for Punky's 1st birthday.

I know her birthday isn't for a little while yet, but it's so much fun to dream and plan for these things, don't you think? It won't be a huge affair, just family and a couple of close friends but I'm really excited about planning it.

I've been spending quite a bit of time on Etsy looking at printables and there are sooooo many. I think I have decided on which invitation printable I want to order, and I am tossing up on a few others to use as decorations. I like the idea of having food from the book as party food and they have cool little table cards that you can put with each one, with the line from the book, so I think I might get them also.

The party is just going to be a morning thing, starting about 10am, and I was thinking of having the fruit from the book, as well as doing a breakfast BBQ with egg and bacon rolls, just easy, simple stuff that doesn't cost an arm and a leg and is easy to serve and clean up.

The only big decisions left to make are whether or not we have it here in the backyard or down the road near the park. I'm leaning towards the park, as it means I don't have to spend days getting the house ready and then lots of time cleaning up after the party, there is a fenced in playground for the older kids that will be there to play in, as well as nice, clean toilets in the visitors centre and a cafe. I'm thinking about finding out if I can pre-pay for a bunch of cappuccinos  and tea's so instead of having to sort out an urn or something people can grab a tea or coffee from the cafe instead.

The last thing I've been toying with is what to dress Punky in. There are so many cute Hungry Caterpillar dresses and outfits on Etsy that I'd love to get her, but I'm thinking I might see how much it would cost to buy the fabric myself and get a friend of mine to make one for her instead. She makes the most incredible kids clothes and I know she would love to make another dress for Punky  and I figure it could kind of be like her birthday present to her as well.

So anyway, that's just what I've been thinking and dreaming about the last couple of weeks. It's so exciting to be planning her birthday party, but at the same time a little sad coz my baby is growing up!

Did anyone else put a lot of time and effort in to planning their kids 1st birthday party? Did you do something big or just something small with family? 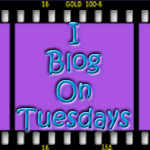 Lyndal said…
Hungry Caterpillar used to be, and i guess still is one of my favourites!! your ideas sound great - i love that we have pinterest now to help us along :)

Rhianna said…
I love to throw kids parties but never seem to give myself enough time to search for such great ideas and then actually make them happen so well done you on starting now!
14 August 2012 at 14:18

Penny said…
We did a hungry caterpillar themed birthday for Miss Possum. Some of those pinterest ideas I now wish I had seen beore the day but the day was a hit, so I really shouldn't regret anything. It looks like you're all sorted. I hope it all works out!
14 August 2012 at 19:21

Grace said…
A Hungry Caterpillar theme sounds awesome. Sarah from "Tis The Life" did one and she posted some fabulous photos and party ideas.
The 1st birthday party for the boys was a big bash. Lots of stressing, lots of people. It wasn't any wonder we decided to go low key with just family for their 2nd.
14 August 2012 at 19:37

Mandie said…
Great theme! I considered it for my little one's 1st too, mainly because I fell in love with a Hungry Caterpillar cake made of cupcakes. We had a big 1st b'day bash, but just had family for her 2nd and will probably do the same, just with a few of her little friends (which are our friend's kids), for her 3rd in October. I' sure whatever you do will be just brilliant!
14 August 2012 at 20:01

EssentiallyJess said…
I put in a decent amount of effort, but I'm not extreme. Most of the time all kids want is some cake and to play with their friends. :)
14 August 2012 at 21:41

Julia Kuku Couture said…
I love pinterest for planning especially parties. We just had my little boys 2nd birthday on Sunday we did a Bookworm theme it was so much fun!
14 August 2012 at 23:07

Kel said…
Fancy dress first birthdays ALL THE WAY! hehehe. I can't believe you're thinking about her 1st birthday already. Only yesterday you told me you were pregnant. Where has the time gone?
15 August 2012 at 12:41

Kylie Purtell said…
I am usually well-known for leaving everything to the last minute so I decided that for once in my life I would get an early start and so hopefully pull something ok together!
15 August 2012 at 20:49

Kylie Purtell said…
I'll have to check it out, I am very open to anything and everything for inspiration at this stage. I thinking after having a party this year we will probably do something small for the next birthday, maybe go to Featherdale wildlife park or the zoo or something.
15 August 2012 at 20:51

Kylie Purtell said…
Oh I've seen that cake with the cupcakes, it looks so cool. I've told my sister and friend about it but I am leaving it up to them to make the final decision but I do love the cupcakes.
15 August 2012 at 20:51

Kylie Purtell said…
Exactly! Im trying to keep in mind that this party is more for the adults than Mia really as she's not going to remember it, but hopefully some of the older kids will get a kick out of the Hungry Caterpillar stuff coz I know the adults will! Lol!
15 August 2012 at 20:52

Kylie Purtell said…
I just had a look on your blog and those invitations you did for his party are so cool! Happy Birthday to your little man, he's a total cutie!
15 August 2012 at 20:53

Kylie Purtell said…
I know, it's ridiculous hey! I was thinking that at morning tea yesterday when we were chatting, that it felt like only yesterday I was sitting at your kitchen bench telling you the good news. I am thinking of getting people to dress in the colour of the fruit they like best that the Hungry Caterpillar eats in the book, just to get everyone involved.
15 August 2012 at 20:55