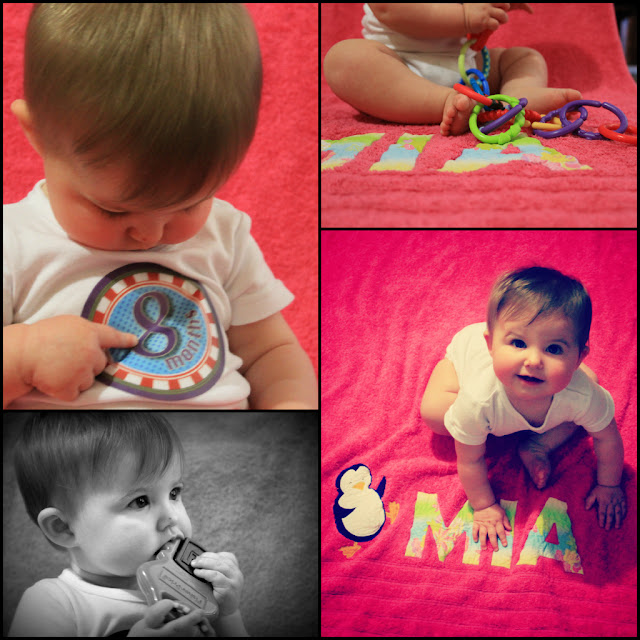 And I know I have said this every month, and will continue to say it every month for the rest of my life, but it's all just going soooo fast.

My little baby is not such a little baby any more. She's totally mobile now, crawling around the place like a pro. 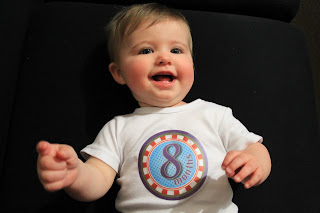 In the space of one week she learnt how to get herself into a sitting position from her tummy, crawl in the traditional way (not the commando way she had been doing) and to pull herself up to standing.

And now, only two weeks later, she's cruising around the furniture getting her hands in to even more things with the added height standing brings!

She's a little garbage guts too, she eats so much and really loves her food. I make an effort most nights to make dinners that she can eat as well and she hasn't turned her nose up at anything. Yet! Pasta bake, tuna casserole, Silverside, lasagne, potato salad, homemade fried rice, mashed or steamed veggies, she will eat it all! I'm trying to make the most of it now, and expose her to as many different foods as possible, before she gets a bit older and fussier.

Last week I finally gave in to my brother-in-laws requests to get her to try a lemon. He was hoping for a funny reaction to the sourness but it backfired big-time! She loved that lemon wedge and practically sucked it out of my fingers she was sucking so hard on it! Needles to say the BIL was pretty disappointed by that reaction!

My little munchkin is starting to look so grown-up now, she's not the itty, bitty thing I bought home from the hospital all those months ago, she doesn't even flinch when I leave for work three mornings a week (but she sooks the minute I leave the room to go to the bathroom every other day!) and she gives the best cuddles. 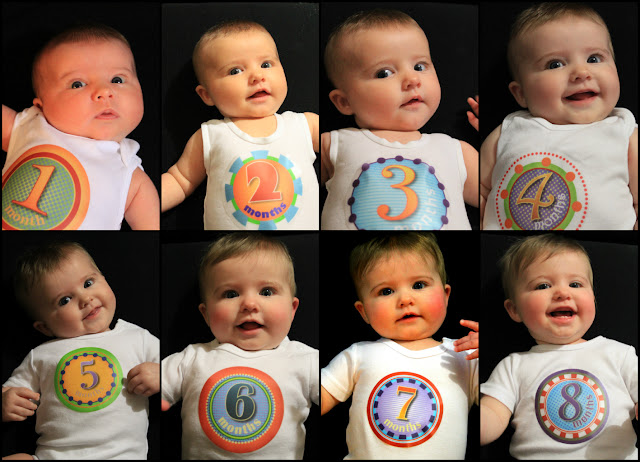 Chrissie Me and My Munchkin said…
What a beautiful girl you have! I love the photos of her in the month jumpsuits!
29 July 2012 at 11:32