It's All About the Devil this Election 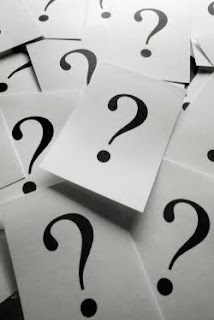 Ok, I just wanna say a few things. I've been stewing over writing a post on the what's been going on within Australian politics ever since I got back from the US and Rudd was ousted. I waited a bit because I wanted to read and listen to other people's opinions and some different news and opinion sites before I put my own feelings into words. I find when it comes to politics there is about a billion shades of grey and it pays to have an open mind about things and consider all points of view. Especially when the media is basically a bunch of sensationalist, biased blood-hounds!

So anyway, this is what I'm thinking at the moment -

*Putting aside the fact that the Australian public doesn't actually vote for the Prime Minister, deep down the way Rudd was ousted just doesn't sit right for me. Being in NSW it just sorta feels like all the shit-ness of NSW Labor has just infected federal Labor after having Premier after Premier rolled by their own party, in what seems like every other month!

The day after it all happened I had dinner with my girlfriends and of course it was a topic of conversation. I said to K at the time that, had they waited until the day an election had been called, and then Rudd stepped down and Gillard took over the Party, it would have sat with me better. Once an election is called, Parliament is dissolved and so I feel that would be the time you'd go "right, we're starting an election campaign and we don't believe that Rudd is the right person to lead the party when it comes down to it, so we've had a vote and we want Gillard to take over". I know logistics and polls and common-sense and all the rest of it-wise they wouldn't do that, but doing it only a few months out from when an election was gonna be called anyway just smacks of fear and panic on the behalf of the Labor power-brokers, that perhaps their jobs in government wouldn't be safe if they kept Rudd around due to his decline in popularity.

In the end, my problem with it probably comes down more to 'moral' reasons maybe, I'm not sure what the word would be, I don't think moral is the right one, but anyway, I hate to think that someone has been treated unfairly, and that's the way the whole thing has felt in a lot of ways and to some degree that can influence how you feel about it, whether you liked Rudd and thought it was a good idea to get rid of him or not.

* I can't say I'm the biggest fan of Gillard and I'm certainly not the biggest fan of Abbot. But the personalities aside, I really have no idea who I am going to vote for in this election. I've always been a swing voter, not loyal to one party, I've been know to vote for Labor, Liberal, the Greens and even the Shooters party at one time; when I voted in my first election, didn't understand how any of it worked, I didn't know what preferences were but I thought it was cool there was a Shooters party! I always followed politics and loved to discuss it with Dad, but didn't quite get exactly how the voting system and everything worked.

But in the last 5 or so years I've really taken an interest in who I vote for. I have always had a huge respect for having the right to vote and as I get older I really want to make my vote count. I find myself wanting to know more about what my local members stand for and what they are going to do for my area if I vote for them. And that's how I try to decide on who gets my vote. But as I said, in this election I'm struggling! It's looking more and more like a case of having to choose between the lesser of two evils, those evils obviously being Labor and Liberal, and I'm sure a lot of people will possibly be thinking 'better the devil you know'!

(Having said all that I did refuse to vote for our Liberal candidate last election purely on the basis of her appalling waste of trees! We seriously received something in the letter-box from her every single day for two weeks! No joke, I am not kidding, and it was nearly always the same flyer or leaflet! Not to mention the posted newsletters! I was so close to taking that crap and handing it back the how-to-vote hander-outerers on polling day! Even now when I walk past her office I have fleeting images of emptying my recycling bin in her foyer!)

* I'm bloody happy that they made the debate earlier so it doesn't coincide with the Masterchef finale. I don't care if Joe Hockey or whoever it was thinks it's 'trivialising' politics, or whether you like Masterchef or not.

Number 1 - the politicians trivialise politics themselves every single day the way they constantly attack each other and try to pull the other side down every single day rather than focusing on the positives and, gee, I don't know, actually telling us what their policies are and what they stand for. Not to mention the way they behave when they are actually in session in Canberra!

Number 2 - You can't argue with 3.5 million Aussie's when it comes to the final episode of a show they've been watching for months. It's not their fault Labor decided to oust their leader and call an early election! I for one am one of the people that will be watching both shows and I'm glad that I will now be able to watch both as I live in the dark ages and don't have the capacity to tape one channel while watching another (and yes, when I say tape I mean VHS!)

That's all for now. I had more thoughts than I thought. So what about you my Aussie readers? How do you feel, are you finding it hard to decide who to vote for? Are you loyal to one party or do you vote for who best represents your values and needs in your local area, or do you just like to draw humorous pictures on your ballot paper?
Labels: Politics n Current Affairs