Photograph anything old. People, your old teddy, buildings, antique nick-nacks, books whatever you like - what you think about it, if it does or doesn't inspire you - what makes it interesting or special?

I'm not sure if I have mentioned before, but I work in an old Heritage building in Windsor, NSW called Loder House.

Loder House is a two storey brick Georgian townhouse built in 1834 so it's VERY old, and perfect for this challenge. 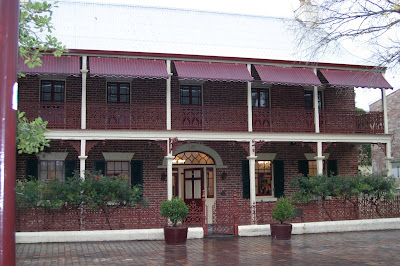 This is what the front of Loder House looks like. I took this picture the day we moved in, 2 years ago. 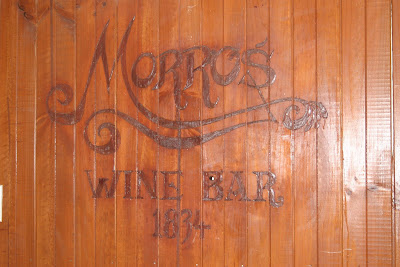 This sign is at the top of the stairs as you go up, I also took this picture the day we moved in. The rest of these photos I have taken today on my BlackBerry coz I stupidly left my camera at home! 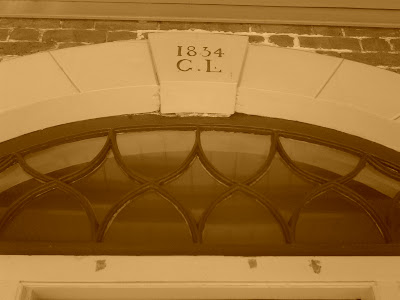 Loder House was built in 1834 for George Loder Jnr., a prosperous farmer and merchant. Loder was the son of a soldier who came to Australia from India. In 1819, George Jnr., married Mary Ann Howe. Loder died in 1834, aged 38, never having lived in his grand house. 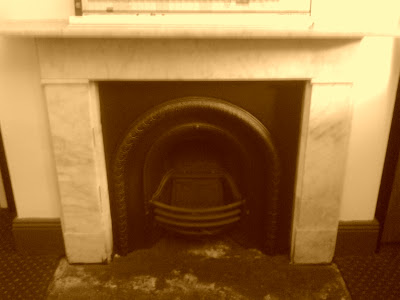 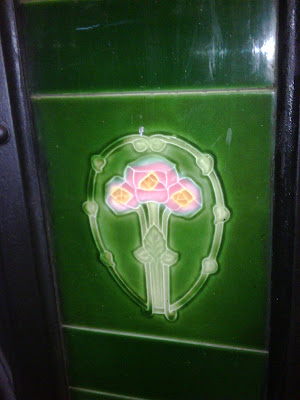 This is the gorgeous decoration on the fireplace in my office 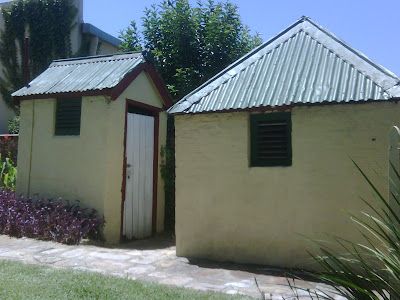 The outhouses; according to the heritage council the original purpose of these buildings is unknown. 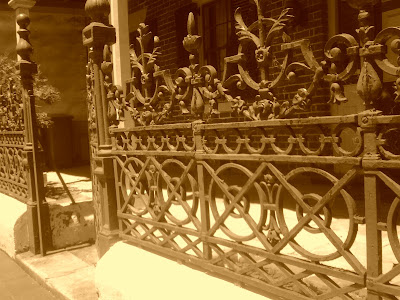 The beautiful iron lace-work fence out the front.

The former lessees of the building believe that the building is haunted, and claim to have regularly seen the ghosts of a man, woman and occasionally a small child, believed to be members of the Loder Family. The ghosts are a significant attraction for the building, however I can say that I have never seen one. We've been told that the ghost is Mary, the wife of George Loder, but I'm not convinced.

I love working in this old heritage building, and heritage buildings is one of the things I love about living in this area. There are just so many beautiful old houses. Windsor was the third colonial settlement in Australia behind Sydney and Parramatta, but due to it's location on the banks of the Hawkesbury River it quickly became a popular spot for released convicts to settle and start farms.

Anonymous said…
Ok, put that one on the list of things to visit. My first ancestor to Australia settled in the Hawkesbury area and ran his shipyards (and very large family) in the area. Now I have two reasons to stop by in the region to have a look around. Thanks for sharing.
18 November 2009 at 23:14

TheThingsIdTellYou said…
What a beautiful building!
19 November 2009 at 08:27

Anonymous said…
I used to work in Loder House in the mid 90's, it was a great setting as a resturant, I don't really believe in ghosts as such but working late at night there did give some of the staff the willies, that and some strange noises with no apparent reason,
9 March 2012 at 20:58

Tracy said…
Fascinating. I just found this, and it has sent chills down my spine.

Loder House was one of the locations I visited on a ghost tour. In one photograph, there is a clear image in one of the upstairs windows - of what seems to be a little girl, a man, and a woman.

This also fascinates me because research has shown that one of my ancestors can to Australia with his friend who was Mary's father.
22 March 2012 at 23:08