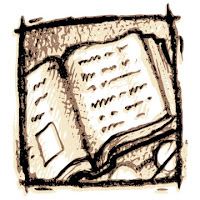 This was something I did a while ago, but haven't in a while, so I decided I needed to do another one.

The thing is, whenever I read books I always find lines that I really like, or that really jump out at me, but I never have anything at hand to jot them down. I've thought about highlighting them in the actual book, but I can't for two reasons. One, I just can't deface a book like that, and Two, when you've borrowed a book I doubt the owner/library would appreciate my highlighting through it.

One book I read recently, Beauty, had a great line that was on the front page, so easy to find again.


Nothing makes me angrier or more intent upon finding out things than having people refuse to tell me. I don't mind when people don't know, not really, but I hate it when they just won't tell. It's not practical, because it just makes others more curious.


Ok, so it's more than A line, its a few lines, but it totally resonates with me.

I am such a curious person. I wish I could know everything. I was one of those kids that was always asking how something worked, or why something was the way it was. I had to have the answers.

I think its partly the reason why I read so much and surf the internet now. The internet is a god-send for someone like me, if I want to know something, with the click of a few buttons I can find out. Thanks Google.

When there's something to know about other people/things/events, I hate being the one that doesn't know. I have often been accused of being a know-it-all and am frequently banned from participating in games where knowledge of trivial facts is an advantage.

I know a lot of trivial facts.

One Christmas we were playing a trivia game for fun, reading out questions from the Sale of the Century Q&A Book. In the end I was banned from playing because I knew 8 out of 10 questions and know one else could get an answer in. Didn't help that you had to call your name as the buzzer and I know how to project!

So basically, if I was a cat, I'd be dead a million times over!
Labels: Books Reading

Elissa said…
I can relate to that line also, I am so much like that, my brother knows it and will always say something and when I ask what he means he won't tell me, just to annoy me!
10 November 2009 at 10:14