I watch a lot of tv. On DVD. Don't have time to be bothered tuning in every week to watch a show, so I usually just wait until the season is available and buy it. Sooo much easier and convenient.

Makes a lot more sense too when a lot of the shows I like can be quite complicated in their storylines so it's good to watch them all in a row.

So anyway, I was thinking about my fav tv shows the other day and thought I would share with you my top 5 favs of all time. Sadly, only two of the five are actually still going. 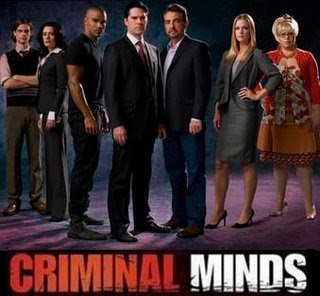 CRIMINAL MINDS - I really like this show. Not because I love macabre stuff, but because I have a huge interest in psychology and so I find it quite fascinating. Plus it has really likable characters who all contribute something different to the series. Even Hotch, who comes across as a bit of a wet blanket has another side and you can see how much he cares for his team.

HOW I MET YOUR MOTHER - Love love love this show! If I could I would marry Marshall! He's my fav, followed by Barney. I do sometimes tire of the constant use of the word 'awesome' but apart from that I can't find a lot of faults. I think the reason I like this show is the characters are my age and so a LOT of the things they talk about I can identify with, especially when they reminisce about things from the 90's like happy pants. And the side story of Robyn being a former Canadian pop star is so funny. 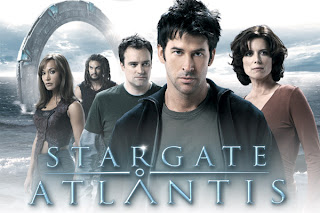 STARGATE ATLANTIS - I don't care what anyone says, I love this show. This show features another character I would marry if I could, Col. John Sheppard. Oh how I lust after him! Despite the glaringly obvious plot holes and the way they have a habit of getting into the 38th minute and realising "Shit, we only have 2 minutes left to create a conclusion" so they jump back to Atlantis and stand around and say "Gee, wasn't it lucky that (insert name/object/alien race here) came along at just the right time" to explain how they got away/survived/saved the universe. It's pure escapist tv viewing and I love it. That is after all why I watch tv in the first place. To escape. Plus, it doesn't take itself seriously, they know when something is lame and they don't try to hide it. Love a show with a sense of humour. 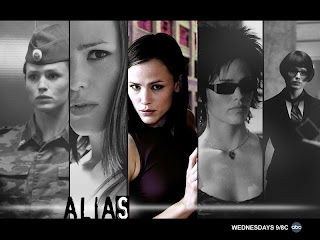 ALIAS - This could almost be my number 1 tv show. It is so close that it's practically a photo-finish. What is not to love about this show? It has my favourite actress, Jennifer Garner (I want to be this woman, and not just the character she plays, Sydney!), lots of action (it's like a mini-Mission Impossible movie in 40mins), an interesting plot with lots of twists and turns, and a before-he-was-famous Bradley Cooper, when he was still cute. You may or may not remember a little while ago i confessed that I would love to be a spy. Not a real-life boring spy, but a tv/movie-type spy, where there is great action, cool gadgets, hot guys and a safe and happy resolution to almost every situation I find myself in. God I love it! Just call me Sydney Bristow! 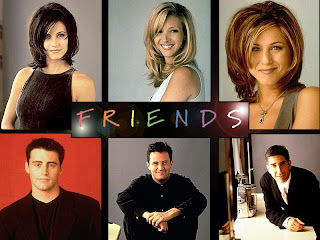 FRIENDS - My number one, all time fav. I was a fan of this show before it even began in Australia. The show started in the states back at the end of 94 but we didn't get the first season here until 96, when I was in Year 8. My best-friend Kylie and I had read about it in TV Hits, or some such magazine and just couldn't wait for it to start, we knew we were going to love it. And love it we did. I was obsessed with FRIENDS for the entire ten seasons, and by the end of it they felt like they WERE my friends, so much did I know about their lives. I was known amongst my friends and family as the go-to girl for anything and everything to do with FRIENDS. I used to tape every episode, every week and one year I even got the last half of season 3 on tape from Channel 9 before it even aired (one of Dad's friends knew a guy who got them for me). Needless to say I was VERY popular at school that week! I don't care what anyone says, this show is so funny and very light-hearted, no need to think too much, you just sit back and enjoy seeing the gang make a fool of themselves on a weekly basis. I now own all the DVD's and this is what we watch when we have nothing new and we are stick of watching Seinfeld.

Honourable Mention - LOST. Can't get enough of it, but it's just confusing enough and drawn out enough to miss out on a Top 5 spot.

So there you have it, my Top 5 Fav TV Shows of All Time. I think the next Top 5 might be my Top 5 fave childhood shows. I had a few of them.

What shows would make your top 5 list?
Labels: Entertainment

*note: most of these are current. some oldies include gilmore girls; dawson's creek; the oc; the young and the restless [though think iv missed too many though mum did catch me up yesterday..]; neighbours; friends; one tree hill {loved the first season then it disappeared from channel 10}; and thats really all i can think off atm sigh.
4 November 2009 at 19:16

Jazz R.J. said…
Great blog. I love Criminal Minds too! Can't give you my top five shows because I'd really have to think about it. However you've might have just given me an idea for my list blog. Thanks.
7 November 2009 at 16:51

Mia said…
I've always wondered and I'll ask you since you're a big Friends fan, how could they afford to live in that extremely large Manhattan apartment when they spend all day in a coffee house?
8 November 2009 at 15:27

Kylez..aka...Mrs.P! said…
Lol! I often thought the same thing, how do they afford that cool apartment? I think it had something to do with rent-control, it being owned by Monica's grandmother and living in a fantasy world. Needless to say I was disillusioned when it came time for me to move out!
9 November 2009 at 20:23