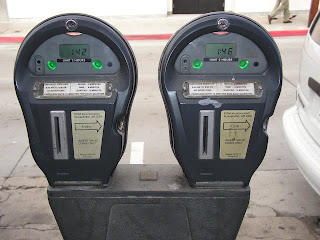 1918 - Czar Nicholas II and his family were executed by Bolsheviks at Ekaterinburg, Russia

1935 - Oklahoma City became the first city in the U.S. to make use of parking meters

1995 - The online store Amazon.com was launched. It was originally called 'Cadabra', like 'Abracadabra', by it's founder, Jeffrey P. Bezos, but people misheard it as 'cadaver', so he changed it.

1999 - The plane of John F. Kennedy Jr. crashed off the coast of Martha's Vineyard, MA. His wife, Carolyn Bessette Kennedy, and her sister, Lauren Bessette, were also on board the plane. The body of John Kennedy was found on July 21, 1999.

2004 - Martha Stewart was sentenced to five months in prison for lying about a stock sale. She was also ordered to spend five months confined to her home and fined $30,000. She was allowed to remain free pending her appeal.

2005 - J.K. Rowling's book "Harry Potter and the Half-Blood Prince" was released. It was the sixth in the Harry Potter series. The book sold 6.9 million copies on its first day of release.

Sources: On-This-Day.com, On This Day by Sandra Kimberley Hall, Published by New Holland in 2005
Labels: Ramblings