For the last 6 years there has been a party held at my parent-in-law's place called the Towering Inferno. The idea came about one time when we were sitting down the back (Dave's parents have 5 acres) having a fire and I said how one day I would love to build the world's biggest bonfire. From there came the idea to build a big structure out of pallets and set it on fire!

The first inferno was a fairly small affair but the fire was huge! The next day we had to sit behind bits of board coz the fire was still radiating so much heat. From then on the parties (and the inferno's) grew in scale, until the 5th one last year!

This year was another small one, mainly because Dave and I weren't living there anymore and so they did not have the help of their promoter (me!) reminding everyone of the date and sending out invites. But it was still a good night and a great inferno! I've posted some pics below! 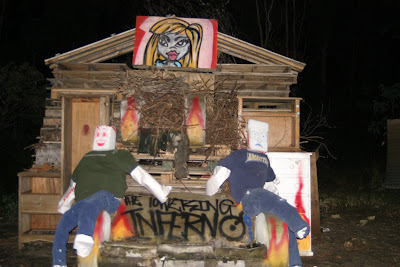 The boys did a great job of building the inferno out of pallets and old furniture. Behind this structure is about 3 cubic metres of bonfire material! 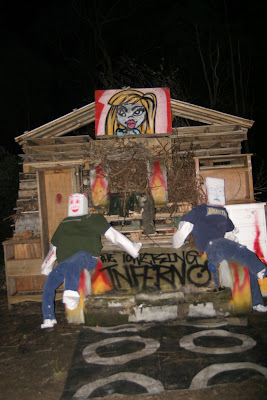 Dave's brother Dan made this pig out of cardboard and styrofoam! He burned the quickest! 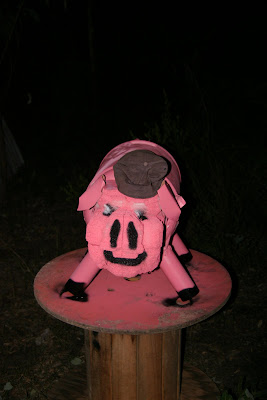 We've tried numerous methods of igniting the inferno, from flaming arrows to flaming balls from a potato gun. But this year it was Banksia Bombs. Here's Tapas soaking the Banksia in petrol! They worked a charm! 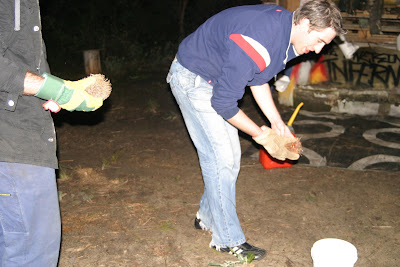 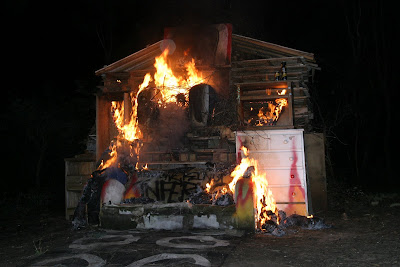 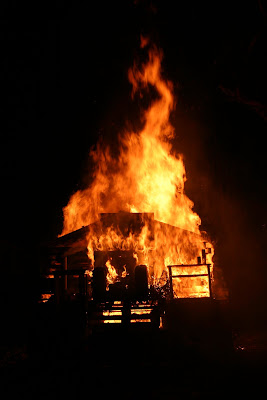 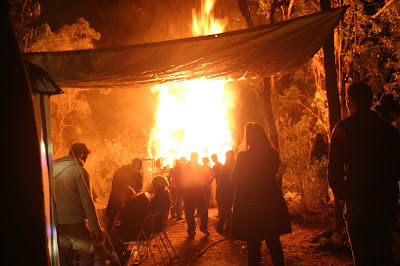 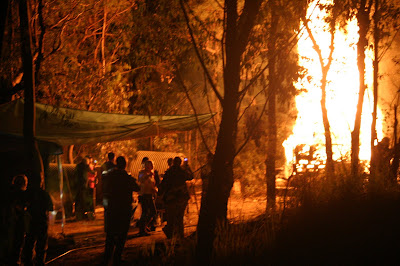 Dave's dad (and Dave sometimes) is in the RFS so he always has the hose on standby to hose around the fire and put out anything we don't want to burn. That hasn't happened thankfullly due to his good work at hosing down around the inferno. 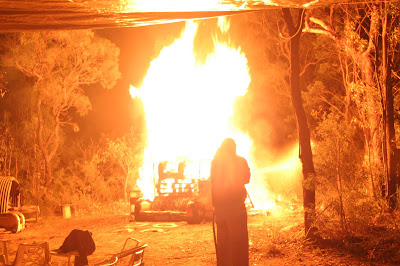 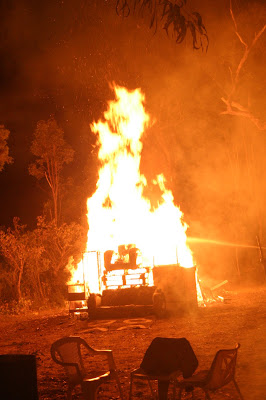 All in all it was a VERY succesful inferno, I'm sure you'll agree. And what those pics can't convey is how hot it was!